It seems hard to believe, but in over two years of reviewing Blu-ray players on TrustedReviews this is the first Philips model we’ve encountered. Despite being one of the format’s original founders, the company’s Blu-ray back-story has been beset by frustration and false-starts – the BDP9000 was touted back at CES 2006 along with the Samsung BD-P1000 and Panasonic DMP-BD10 but it never saw the light of day in the UK, while the Profile 1.1 BDP7200 was launched last year but sold in very few retailers and wasn’t pushed on the PR front (hence why we never got a review sample).


But at last it appears that Philips has a Blu-ray player worth shouting about. The BDP7300 is the company’s top-end Profile 2.0 player (with the midrange BDP5000 and entry-level BDP3000 to follow) and a glance at the spec sheet reveals that it’s fully equipped to meet the needs of today’s Blu-ray buyer.

You can always count on Philips to dress its gear in eye-catching, distinctive designs, and that’s certainly the case here. The BDP7300 is a slim unit that sports a flat gloss-black fascia with curved corners, while the inclusion of just four buttons, a disc tray and a USB port on the front makes it alluringly minimal.


But it’s more than just a pretty face – the reassuringly robust metal bodywork bodes well for its long term durability and playback stability. And on the back you’ll find a very satisfying selection of sockets, the most notable of which are the Ethernet port – your conduit for BD Live downloads – and a set of 5.1-channel analogue audio outputs, which can be used to send decoded Dolby TrueHD and DTS HD Master Audio soundtracks to AV receivers without HDMI inputs (but obviously you don’t get the surround back channels with 7.1 soundtracks).


The Philips is also equipped with HDMI v1.3, component and composite video outputs, as well as optical and coaxial digital audio outputs and analogue stereo output. 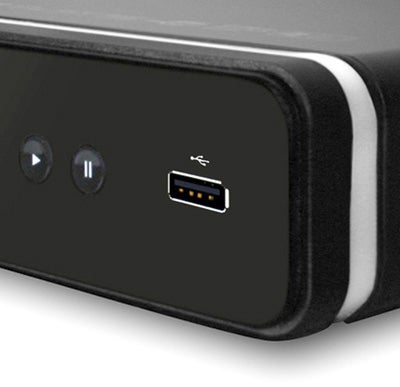 Although the BDP7300 lacks the Wi-Fi web connection found on Samsung’s latest players, it does boast 1GB of built-in memory, which means you don’t need to connect a USB flash drive to store downloaded movie extras. That also leaves the front USB port free for multimedia playback duties.


On that score the deck has a surprise up its sleeve. It plays WMV HD (both 720p and 1080p) and regular WMV, although we were disappointed that it wouldn’t play the audio with any of our test files, showing an ‘Unsupported Audio Format’ error message. And with older versions of the codec it only played the audio track but not the video. If it was a bit less choosy this would have been a more attractive selling point, although you might have more luck with your own content.

The BDP7300 does, however, support DivX (including Ultra and VOD), MP3, WMA, AVCHD (from DVD) and JPEG, displaying the latter in crisp hi-def resolution, but it won’t play DivX HD. As for disc formats, it’s compatible with DVD (which it upscales to 1080p), DVD-R/-RW, DVD+R/+RW, CD-R/-RW and BD-R/-RE.


The wonderful operating system puts simplicity high on the agenda. Boot up the player and the first thing you see is a stripped-down menu sporting just three options – Play Disc, USB and Settings – and each one is accompanied by a huge icon.

Choose Settings and you’re confronted by a refreshingly stylish and responsive setup menu that takes up the entire screen and is laid out in a logical manner. A similar design is used for the USB playback menu, which helpfully separates content into music, video and pictures.


There are some other nice touches, such as the large playback symbols that appear in the middle of the screen when you press a button and then fade; a dialogue box that advises when a Blu-ray disc doesn’t support the resume function; and dialogue boxes that describe what each option does when you highlight them in the setup menu. 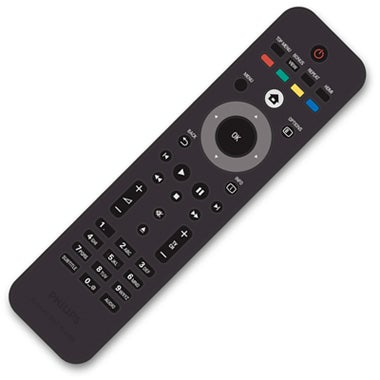 Much of the credit for the player’s innate ease-of-use should go to the remote, which boasts convenient button placement and a pleasing lack of clutter. The circle of rubbery menu control keys is nice and responsive, while the much-used Home menu button is easy to spot. You can also toggle through the HDMI output resolution or access BonusView content using the dedicated buttons at the top.


Philips says fast disc loading is one the of the BDP7300’s key features, and they’re not kidding. We put it to the test with ”Spider-Man 3” and it reached the Sony Pictures logo 34 seconds after hitting the Close button, which is on a par with speed demons like the Samsung BD-P3600 and LG BD370. With the disc already loaded, it takes 16 seconds to get there from the Home menu. Although there’s still some way to go before we get DVD load speeds, we can definitely put up with this sort of wait.

The BDP7300 is also a fantastic picture performer. We started by running through the Silicon Optix HQV tests and the deck passed all of them with assuredness and skill. The Video and Film Resolution Loss test patterns are still and steady, with no strobing in the corner boxes; the moving bars on both Diagonal Filter tests show nary a trace of jaggies or feathering along their edges as they spin round; while the panning shot across Raymond James stadium is as smooth and composed it gets, with no moire noise or loss of detail in the upper stands.


This excellent performance continues with movie playback. Its presentation of ”The Curious Case of Benjamin Button” on Blu-ray is stunning from start to finish – the startlingly sharp opening shot of Cate Blanchett’s aged, wrinkled face is the perfect example of the deck’s excellent detail retrieval, and the lively New Orleans scenery provides plenty of other opportunities for the deck to show off its skills.

It also delivers a convincing colour palette, blessed with natural tones and seamless shading, while its expansive contrast and strong shadow detail gives night-time shots of the city a solid, three-dimensional look. In short, this is a picture performance that you’d expect from a more expensive player.


It does a decent job with DVDs too, coping reasonably well with the darkly-lit, intricate detail of ”Pan’s Labyrinth” at 1080p, although look closely and you’ll spot some noise during several scenes, while some stepping on diagonal lines prevents it reaching the standards of more expensive upscalers. These flaws are also visible on the Silicon Optix HQV DVD.


Piping Dolby TrueHD and DTS HD Master Audio soundtracks through an Onkyo TX-NR906 delivers truly breathtaking results, but it’s encouraging that they sound just as good when the BDP7300 is doing the decoding. Benjamin Button’s majestic score, subtle surround work and deep south dialogue are handled with plenty of dynamism and clarity.


Measured against such distinguished Blu-ray luminaries as the Panasonic DMP-BD60 and the Samsung BD-P3600, the BDP7300 just about holds its own. Its hi-def picture and sound performance is outstanding, disc loading is super speedy and the solid set of features makes it feel like good value for money. On the downside, the temperamental WMV playback is a shame and the Samsung’s Wi-Fi connectivity and DivX HD support make it a better purchase.