The Philips 50PFT6550 is a 50-inch TV with – shock horror – a Full HD rather than native 4K screen resolution. Despite its relatively old-school pixel count, it’s far from a basic TV.

Its HD pictures are delivered with the help of Philips’ top-level Perfect Pixel HD processing engine. Its sleek design benefits from a three-sided version of Philips’ Ambilight technology. It carries the latest Android smart TV system too. Add to this its reasonable £600 price, and you’re looking at a potentially winning formula.

The 50PFT6550’s design sets a seriously pretty and luxurious tone. It makes the most of what little there is of its screen frame, for instance, with an opulent-looking metallic silver finish, while the desktop stand – if you choose to use it – brings some gorgeous brushed aluminium glamour to the party. 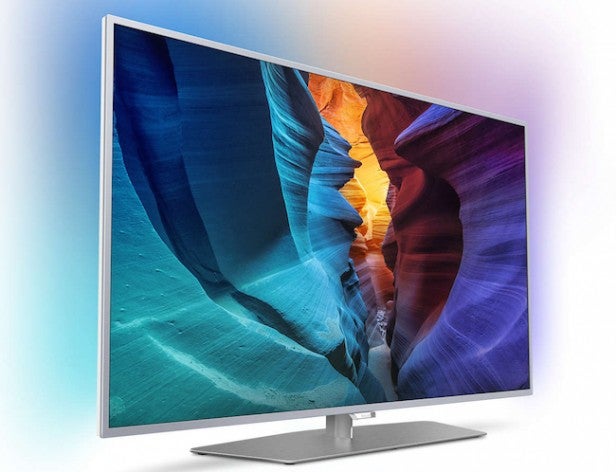 What really singles out the 50PFT6550 from the competition aesthetically, though, is the emergence of bold pools of coloured light from three of its edges, courtesy of Philips’ Ambilight technology.

Originally designed to make the viewing experience both more immersive and more relaxing on the eyes, you can now control the brightness and intensity of the Ambilight effect. The use of multiple LED light sources means the Ambilight system can now deliver colours with startling precision, enabling it to track the colour content of the images you’re watching with a tonal and positional accuracy that’s almost uncanny at times.

From its description, Ambilight always sounds horribly gimmicky. But it truly isn’t – if you use it on a relatively subdued setting.

Sitting on the 50PFT6550’s rear, next to the Ambilight LEDs, is a healthy suite of connections for a sub-£600 50-inch TV. Alongside four HDMIs for video connectivity, multimedia playback is delivered via three USB ports, plus built-in Wi-Fi for streaming video, photo or music files from networked, DLNA-capable devices.

Through the Wi-Fi network option you can also access Philips’ online services. In years gone by, this hasn’t been a list that’s impressed, as Philips has traditionally struggled to keep up with its big-name rivals when it comes to securing online content. The 50PFT6550, however, is one of the first Philips TVs to boast the latest version of Google’s Android TV system – also seen on many of Sony’s 2015 TVs.

If you’ve read our dedicated review of Android TV, you’ll be aware that I’m not a huge fan of everything about the new smart TV interface. It doesn’t offer a good level of customisation, its recommendations system doesn’t really work, and it lacks a clear understanding of the sort of apps and features TV users – as opposed to smartphone, PC and tablet ones – actually want to access on a regular basis. It also runs pretty sluggishly and unstably on Sony’s TVs.

However, on this Philips TV it runs slickly for the most part, and also doesn’t compromise the fluidity of the TV’s general menu systems as much as it does with Sony’s Android TVs. This means you’ll be much more inclined to return to the Android menus than you are on Sony’s TVs, despite Android’s rather cluttered approach.

Included among the apps available on Android TV are Netflix and the BBC iPlayer, as well as a huge number of games – some of which deliver pretty impressive graphics. However, you can’t currently enjoy Amazon Prime, or the ITV Player (now, the ITV Hub) and All 4 catch-up TV services.

While the 50PFT6550’s Perfect Pixel processing is exceptionally powerful, not everyone will be happy with everything it does. So it’s good to see Philips offer control over the many different elements, allowing you to adjust their operational strength or just turn them off completely.

In fact, the 50PFT6550’s picture adjustments are so extensive that the set has earned the endorsement of the Imaging Science Foundation, indicating that it’s a TV you could pay one of its engineers to come and calibrate for you.

Finally, the 50PFT6550 supports 3D playback using the active system. However, I couldn’t test it since Philips is apparently still waiting on deliveries of the necessary, newly designed 3D glasses. 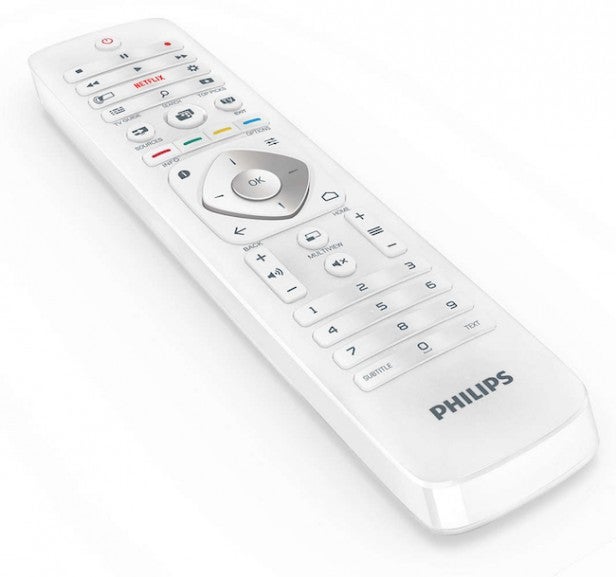 While I appreciate how much control the 50PFT6550 offers over its many video-processing options, you’ll need to learn your way around these controls to get the best out of the set. In other words, it isn’t the easiest TV to use.

To try to make your life easier, here are the most important adjustments I’d suggest you make.

First, only use the Perfect Natural Motion system on its lowest setting – or, potentially, switch it off altogether. Second, deactivate all noise-reduction processing if you’re watching a 4K source, since it isn’t required and can actually make pictures look softer.

I also recommend turning off the Super Resolution feature, as although it somehow makes the best HD content look a level above HD, it can also introduce some unwanted noise. Despite the temptation to leave it on, I also turned off this feature for upscaled HD viewing – the potential for it to exaggerate noise in the source slightly outweighed its undoubted extra sharpness.

Finally, I’d recommend toning down the Video Contrast setting from its default position to stop images looking a touch forced, and using the Best Picture contrast mode to get the most even, consistent backlighting.