For most the past four years, if you wanted to buy a waterproof compact camera, you had a choice of either a Pentax Optio W series, or something from the Olympus mju SW range but the recent growth in popularity of outdoor adventure sports and activity holidays has opened up the market for cameras that are waterproof, and in some cases shockproof and freeze-proof. Most of the main manufacturers have recently launched new cameras in this category, but they’re mostly expensive luxury items. These newcomers must be cutting into the sales of excellent but pricey Optio W80, because Pentax’s response has been to add a second lower-priced waterproof model to its range, the Optio WS80. 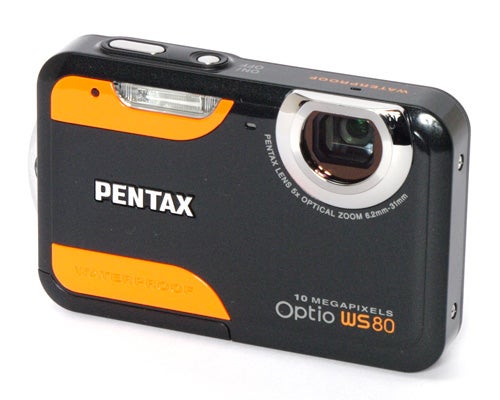 The WS80 isn’t the only low-cost waterproof camera on the market, and it isn’t even the cheapest either. Its only real competition is the Fujifilm FinePix Z33 WP, which at around £120 manages to make even the £180 WS80 look expensive. However the Z33 can’t match the WS80’s specification, because it does offer some quite decent specs for the money. 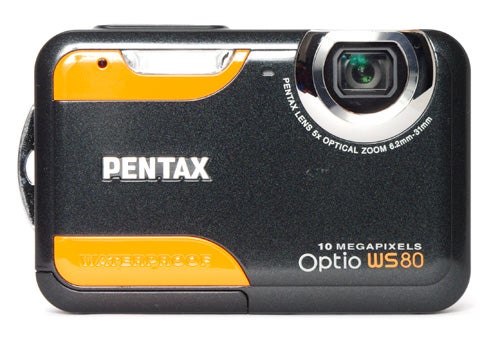 The Optio WS80 is a lightweight compact camera featuring a 10.0 megapixel CCD sensor, an internal 5x zoom lens equivalent to 35-175mm and 1280 x 720 30fpd HD video recording. It is waterproof to a depth of 1.5 metres for up to two hours, and can be rinsed clean under a tap if it gets muddy. Although the camera body is plastic its slab-like shape feels strong and resilient, and although it isn’t advertised as being shock proof it certainly looks and feels capable of surviving a few knock and bumps. The lens is protected behind a recessed glass cover, and the camera’s low weight of 125g including card and battery means it is light enough to bounce rather than smash (probably!) The WS80 is available in a range of colours including the black with orange stripes seen here, as well as white with pink stripes, white with black stripes and a rather appalling yellow with green stripes.

Apart from its internal vertically-mounted lens and waterproof body the WS80 shares most of its features with another of Pentax’s recent ultra-compact models, the Optio E80. Like the E80 it is essentially a pretty basic snapshot camera, with only automatic exposure controls and a range of 12 scene modes, although these do include underwater photography and video modes, as well as a setting for beach and snow. 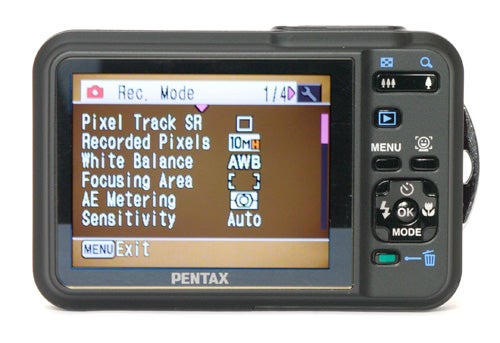 Despite its simplicity the WS80 does offer a reasonable range of contemporary features. It has D-Range contrast compensation with selectable highlight and shadow correction, and saturation, contrast and sharpness can be adjusted. The WS80 also features a much-improved face detection system, able to detect and recognise up to 32 faces in each shot.


There are several interesting features in playback mode too, including red-eye correction, colour filters, composite frames and a bizarre Small Face filter which, to quote the official website, “makes the subject’s face appear smaller in proportion to the body than it actually is, to produce attractive, well-balanced portraits.” Personally I like my face the size it is, thanks. 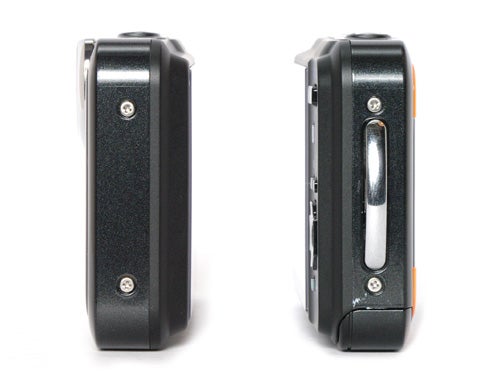 It’s not all good news though. The impressive sounding “Pixel Track SR Hi-sensitivity anti-shake mode” is really just digital image stabilisation with increased ISO setting to produce a faster shutter speed. It does work, but it’s not as effective as a mechanical image stabilisation system, such as the sensor-shift IS that Pentax uses in its more expensive compacts and digital SLRs

The WS80 performs well for what is essentially a budget compact, as long as you don’t expect too much. It starts up in less than two and a half seconds, which is reasonably quick, and switched off again almost instantly, since there’s no lens to retract. In single shot mode the shot-to-shot time is approximately three seconds, which is a bit slow by recent standards but at least it’s consistent. In continuous shooting mode it can manage a burst of three shots in just under three seconds at full resolution. There is a faster high speed continuous mode, but it is restricted to five megapixels.

Pentax has made some big improvements to its compact camera autofocus system across the range, and the WS80 is one of the models to see the benefit. The AF is fast and accurate in good light, and although it does slow down a little in dimmer light it will still focus reliably in typical club lighting, or outdoors at night. It has no AF assist lamp though, so it doesn’t work in total darkness. In single-shot mode it can take a picture approximately once every three seconds, while


Image quality is, unfortunately, average at best. The lens simply doesn’t produce enough contrast or sharp detail for real clarity, and it is also prone to picture-ruining glare if there is any trace of dirt on the glass lens cover, which due to its position is all too likely. Like several other recent compact cameras the WS80 has automatic correction of wide-angle distortion, but in this case it doesn’t really work. For a start it actually goes too far, introducing slight pincushion distortion at wide angle, and it also does nothing to prevent significant corner blurring and chromatic aberration. 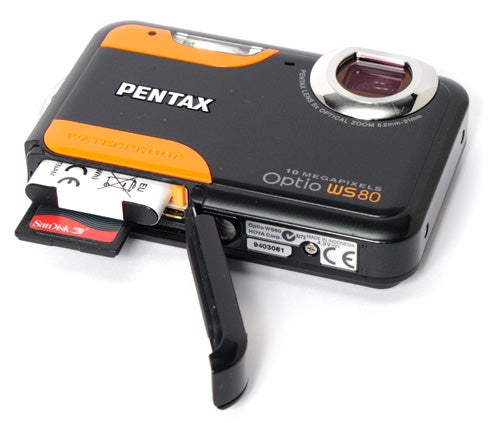 Image noise is also visible even at ISO settings as low as 200, and gets progressively worse. 400 and 800 ISO are at least usable, but 1600 ISO looks like it was shot on a cellphone. 3200 and 6400 ISO are also available, but only at 5MP and with greatly reduced image quality.

The WS80 is a relatively low cost camera that is built to survive an active lifestyle. It is easy to use, extremely light and compact, and the excellent AF system works well in low light. Image quality could be better, but at least it will survive to take a photo in situations where other similarly-priced cameras cannot. 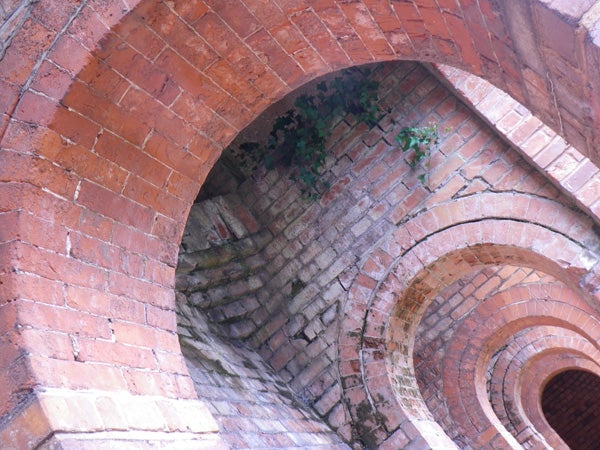 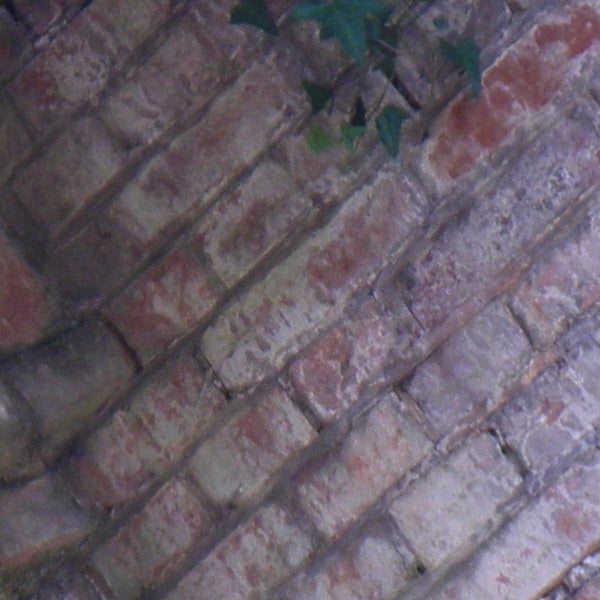 At ISO 640 the image quality isn’t great but at least there’s no noise. 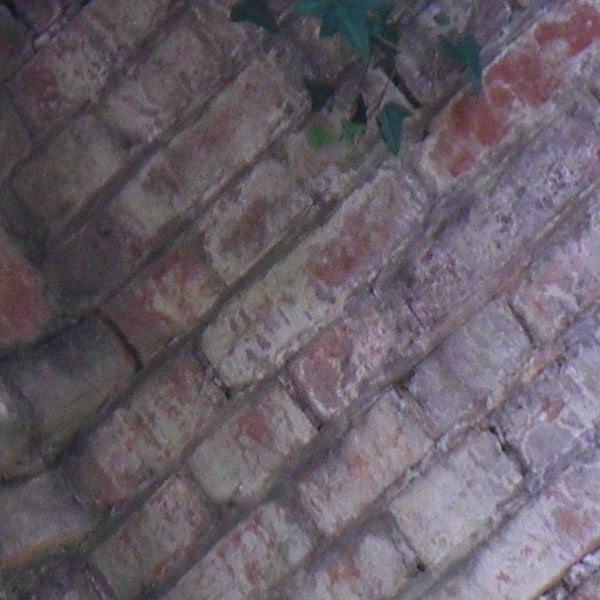 At 100 ISO there’s already visible noise in the green channel. 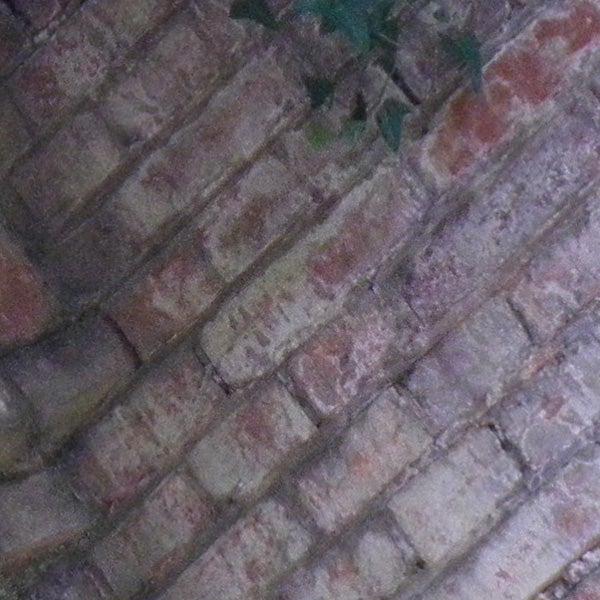 At 200 ISO that noise has spread to the whole image. 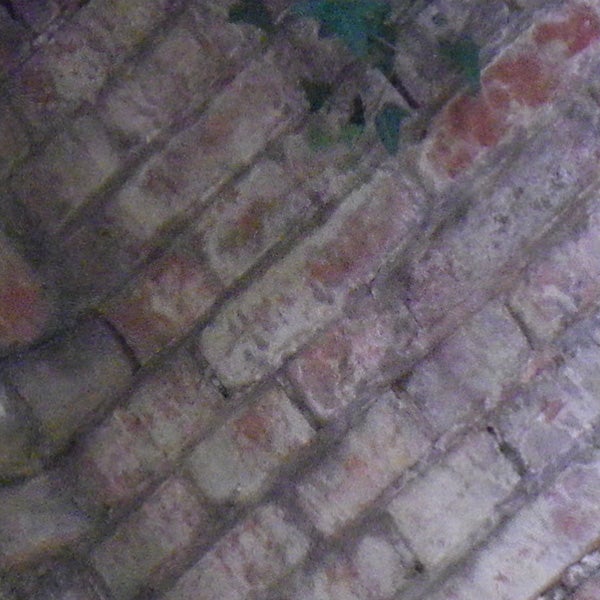 Shadow detail is disappearing at 400 ISO. 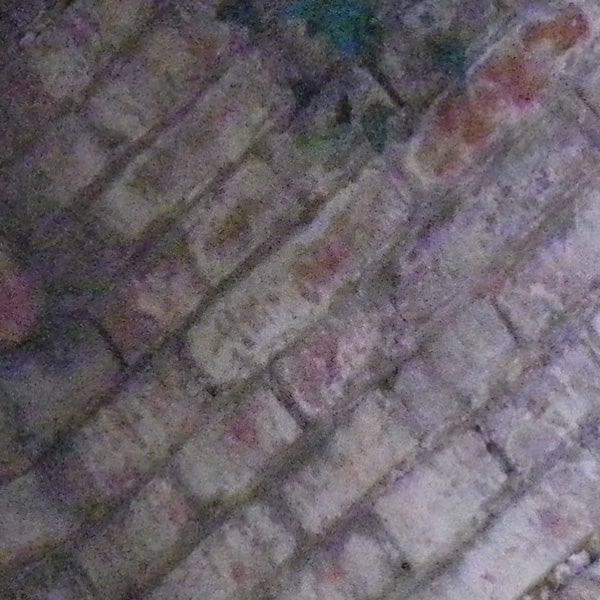 Colour distortion in the shadow areas at 800 ISO. 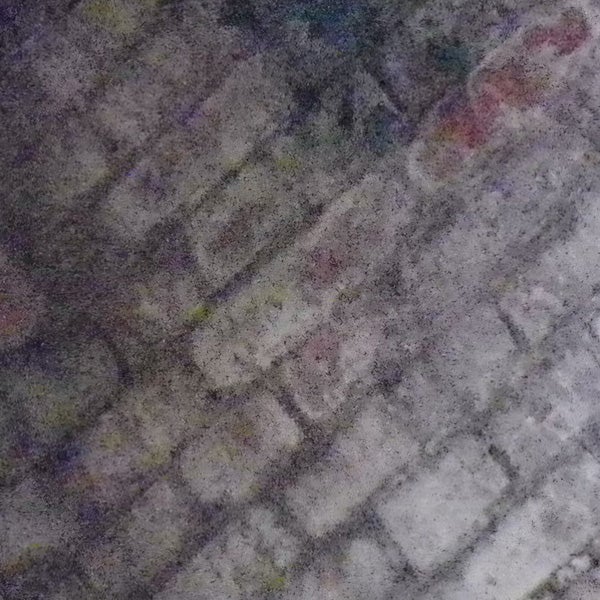 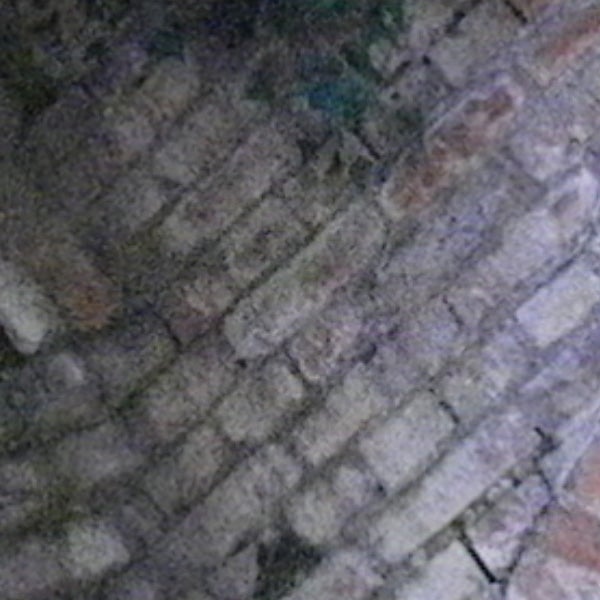 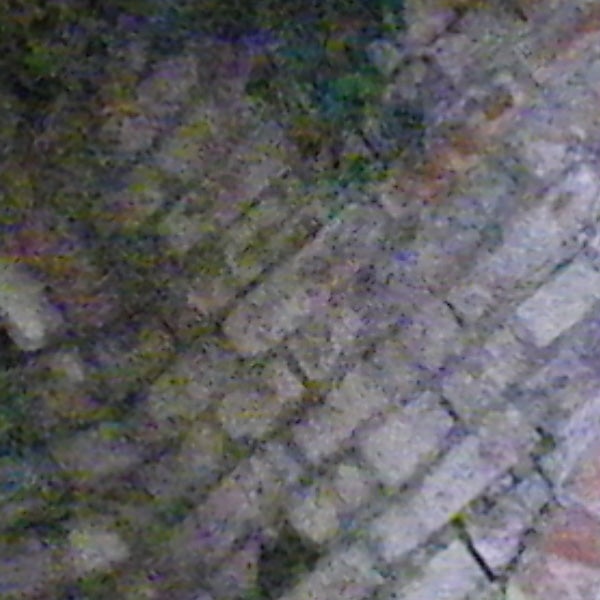 6400 ISO looks like it was shot on a cheap cellphone. 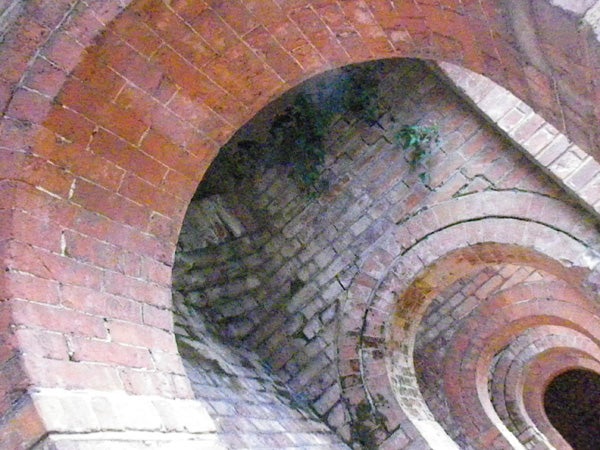 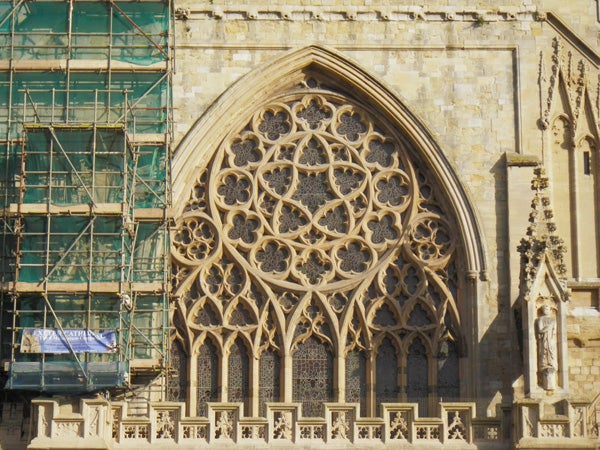 Here’s the usual detail test shot of the West Window of Exeter Cathedral, for you to compare with other cameras. See below for a full res crop, or click to see the whole picture. File size: 3.6MB 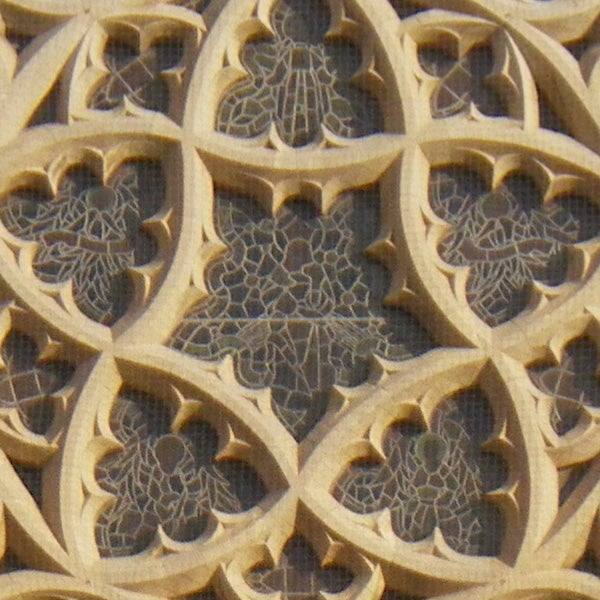 When you get up close the image quality is pretty poor. It’s just not sharp, and lacks fine detail. 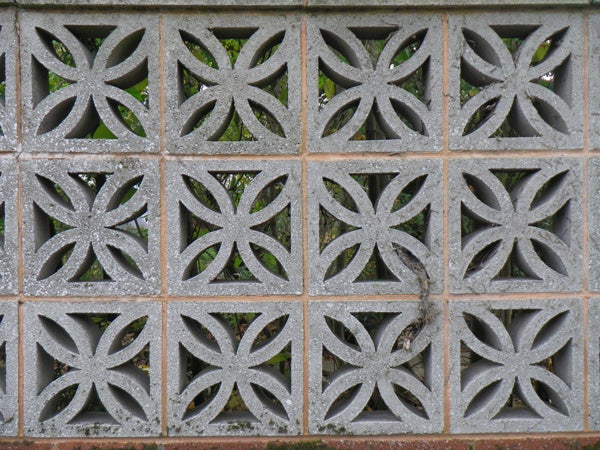 The electronic distortion correction has gone too far and introduced slight pincushion distortion, most noticeable at the top of the frame. The centre isn’t terribly sharp, but at least it’s in focus. 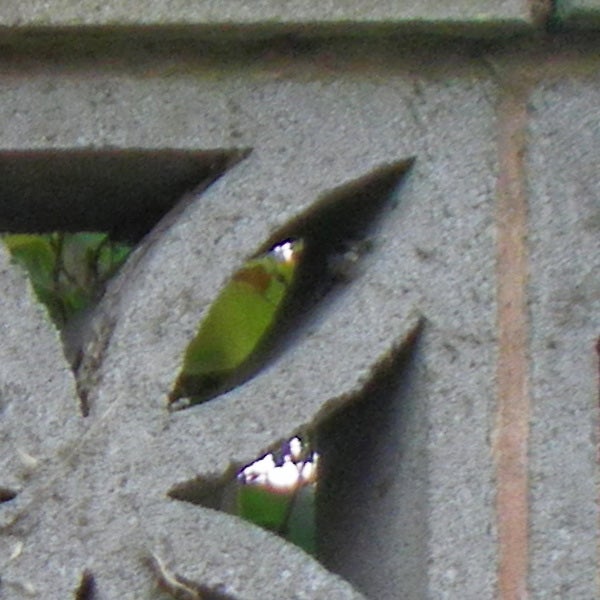 The corner is even more hazy, and also suffers from chromatic aberration. 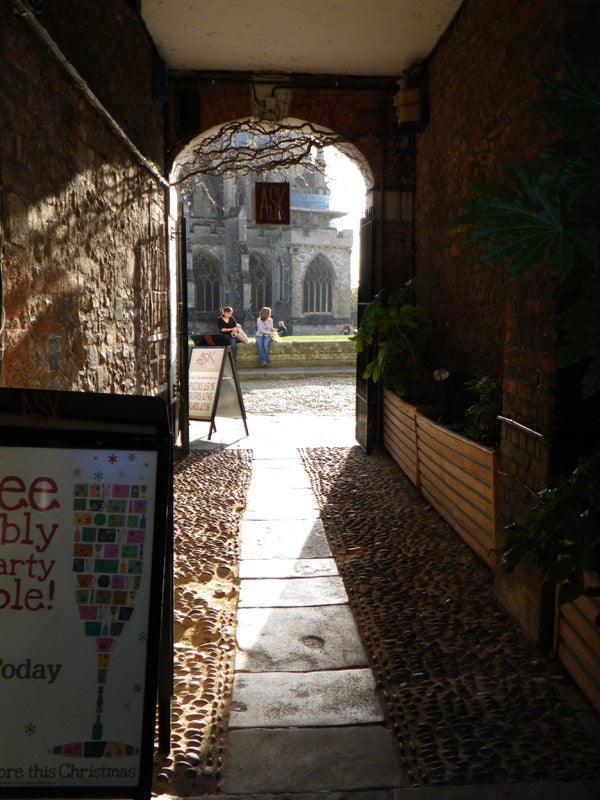 With the D-Range features turned off the highlights are burned out. 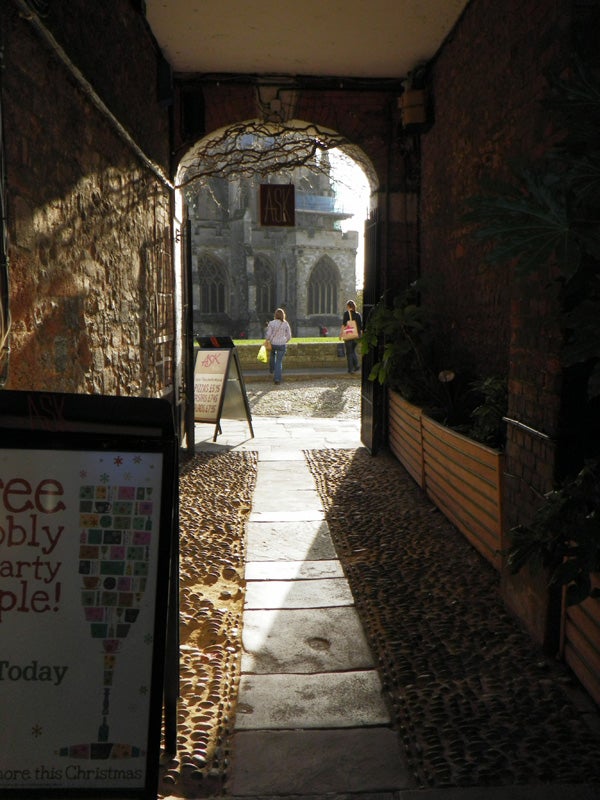 With highlight and shadow correction both turned on there is now detail in the highlight areas, but it hasn’t done much for the shadow detail. 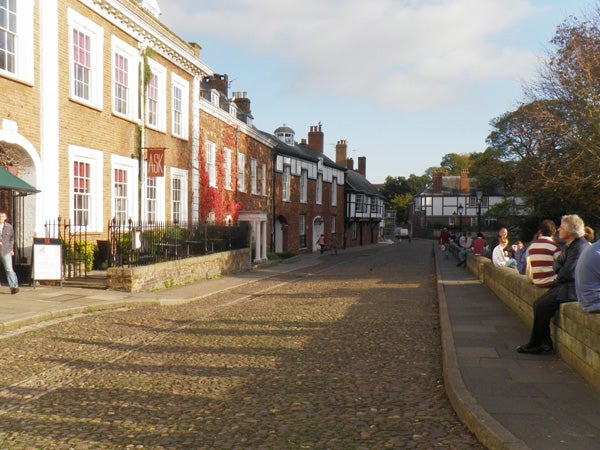 The wide angle end of the zoom is equivalent to 35mm. 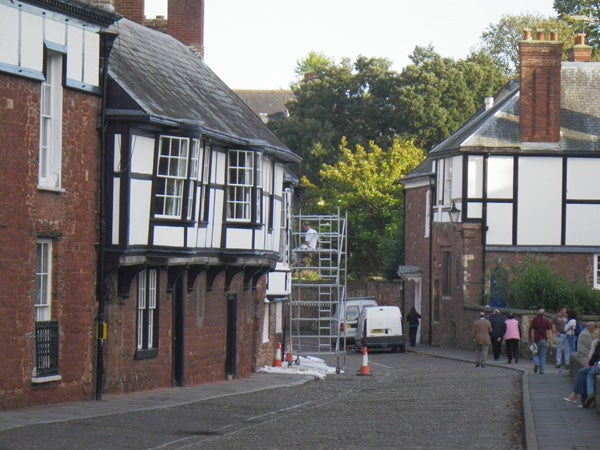 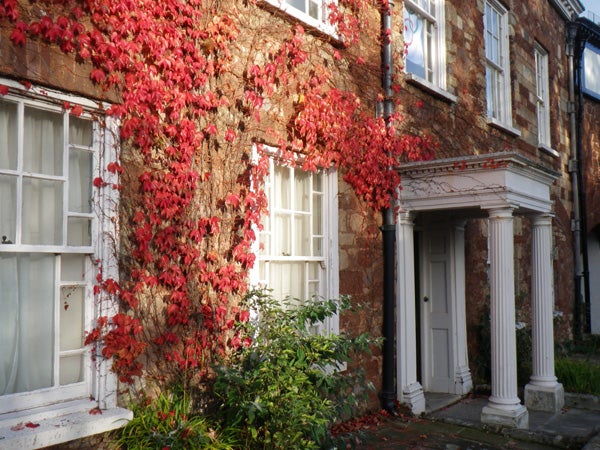 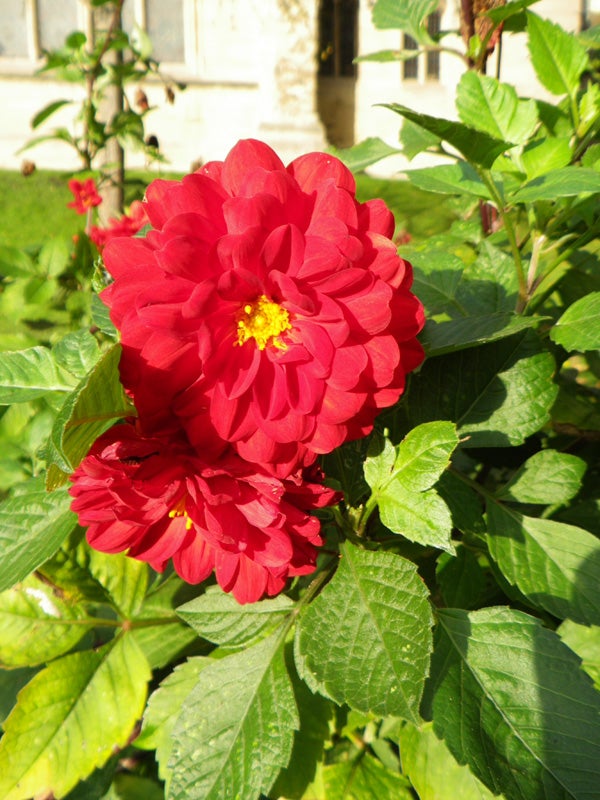 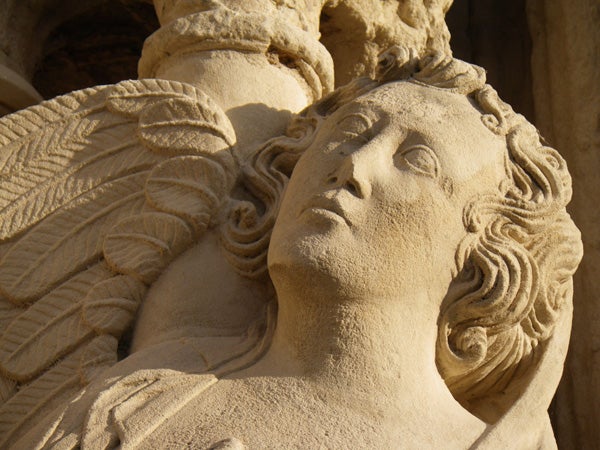 The improved face recognition system even recognised this one.