With a 5x zoom and a collection of the latest must-have technology, the Pentax M50 is designed for easy shooting at a reasonable price. The 8 million pixel model is available in six colours to appeal to a wide range of consumers and its small metal and plastic design puts it halfway between the entry level and lifestyle categories of digital compacts. 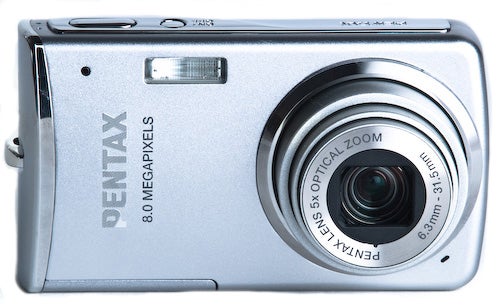 The lens covers the 35mm equivalent of 36-180mm, a useful range in a small compact that covers the majority of average shooting needs. Pentax has foregone the optical image stabilisation so beloved of other camera manufacturers but uses digital image stabilisation instead. This system automatically raises the ISO sensitivity of the camera, which in turn allows faster shutter speeds to be used in lower light or when the lens is at long extensions, and so reduces the danger of camera shake and blurred pictures.


Pentax has also added a host of easy-to-use scene modes, accessed through the mode button. The primary shooting mode is Program, while a selection of scene modes covers specific eventualities such as portraits, landscapes, night-time shots, kids, pets and food, amongst a few others. The inclusion of kids and pet modes is a telling indicator of who Pentax feels its user base is for its entry level compacts. This is a family snapshot camera.


If you find the general array of scene modes confusing, despite the cartoon symbols and text box explanations, the AutoPict mode will automatically recognise the type of picture being taken and choose the scene mode for you. 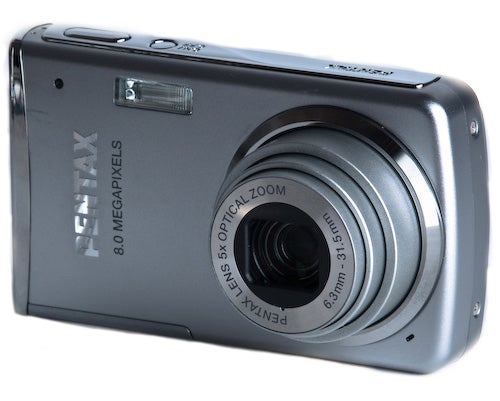 In Program mode you can alter the setting of the camera to a small degree. This includes choosing ISO speeds, up to an impressive ISO 6400 as well as the option to use exposure compensation over ±2 stops. You can also change the metering pattern from multi-segment to centre weighted and spot metering, change the white balance and adjust the size of the focusing area from wide to spot. The camera is equipped with face recognition, which detects and focuses on faces in the frame, setting the correct aperture to ensure the depth of field covers any differences in distance between them.


The menu also lets you adjust image parameters such as colour saturation, sharpness and contrast.

As with other Pentax models, the M50 has a green button which in its default setting puts you straight into the AutoPict mode. You can change this in the menu so that It becomes a function button to rapidly change a predetermined image parameter such as image size, ISO or any other of the main settings. 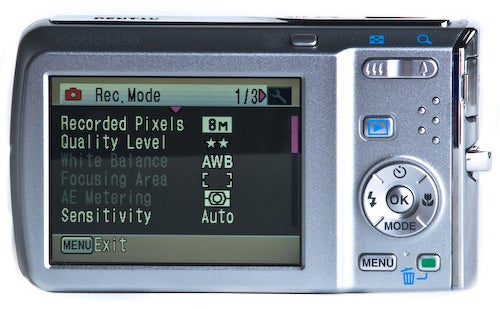 As well as face recognition, the camera incorporates the latest must-have, smile capture. This sets the shutter to wait, after the release button is pressed, until it recognises a smile on the subject’s face before capturing the image. If the subject blinks, the camera will also let you know after the picture has been taken – though sometimes it gets this wrong.


The camera’s layout is pretty simple, with a 2.5 inch LCD taking up most of the real estate on the camera back, and the standard four-way controller providing access to flash modes, macro and focusing features and the self timer, as well as the mode button. This control also scrolls through menu options and images in playback. 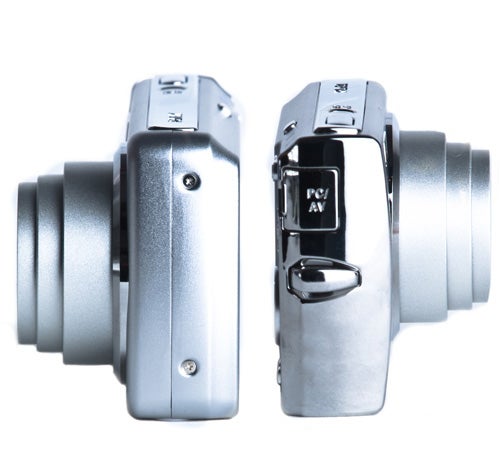 In common with most digital compacts there’s no optical viewfinder, so you need to rely on the monitor for image composition. It works as well as can be expected with reasonable visibility in average sunlight, but is difficult to see in very bright light. A positive point is the inclusion of a live histogram option, though I doubt this would be useful to the average parent on a beach holiday.


Despite the 5x zoom the camera is small and light, and fits easily into a pocket. The buttons are all well spaced and easy to use with a decent profile away from the camera back, though the top plate buttons for power and shutter are understandably set more flush into the casing.

The pictures from the Pentax M50 are pretty good considering the camera’s price point and limited specification. In particular I was struck by the sharpness and lack of purple fringing. It crops up occasionally but not enough to matter too much. By keeping a sensible number of pixels and with decent processing at the best quality JPEG setting, most people would be happy with the pictures. 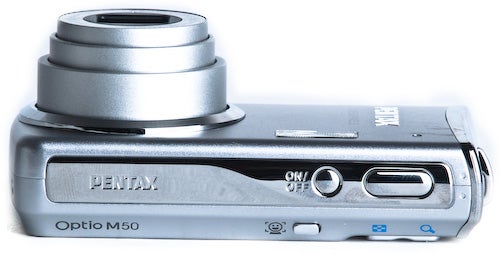 Exposures are pretty much spot on, in a range of conditions, and colours and tones are, if not neutral, at least punchy in a pleasant consumer way. By this I mean contrast and saturation is a little higher than natural to enhance the images as most consumers prefer this.


The wide ISO range of the camera from ISO 64 to 6400 is a challenging proposition even for more expensive cameras, but Pentax has made a good job of it. Images up to ISO 400 display very little image noise; while from ISO 800 it looks like Pentax has employed noise reduction algorithms. This is fine up to ISO 1600 with smooth tones, and just a little chroma noise appearing, but at ISO 3200 and 6400 there’s a definite softening of the images, especially at ISO 6400 with images looking distinctly blurry and painterly.

As an entry level camera, the Pentax M50 puts in a remarkably good performance that matches that of more expensive cameras. In particular the high ISO performance is impressive. While the camera may not match the style of some lifestyle cameras it certainly has enough going for it if image quality is a criteria. As point-and-shoot cameras go, Pentax is on the right track with the M50. It’s simple to use and is capable of great pictures all at a good price. 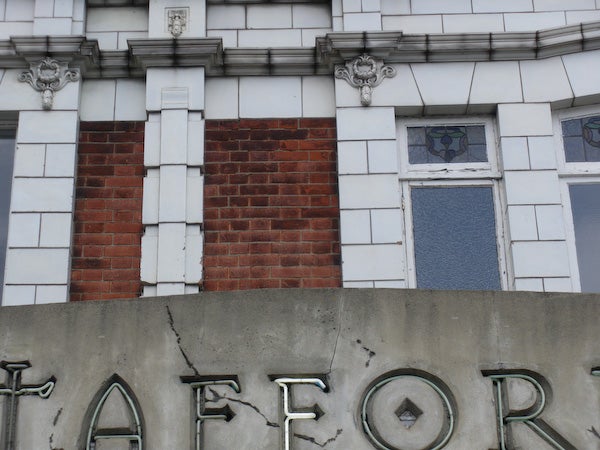 This is the full size image at ISO 64 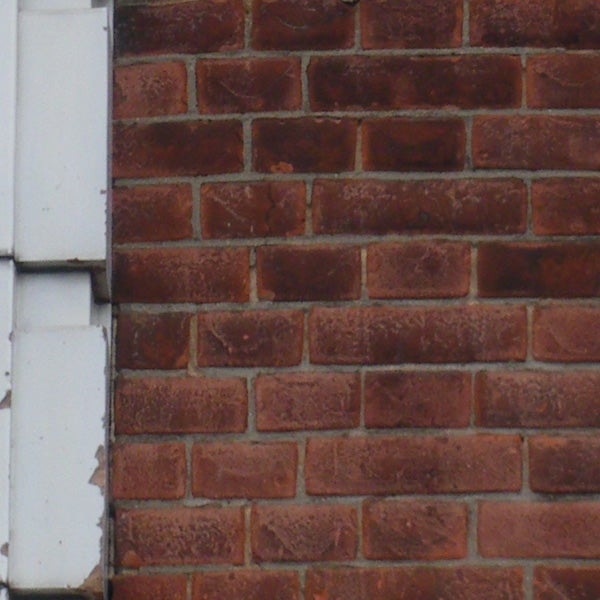 The lowest setting of ISO64 is noise free 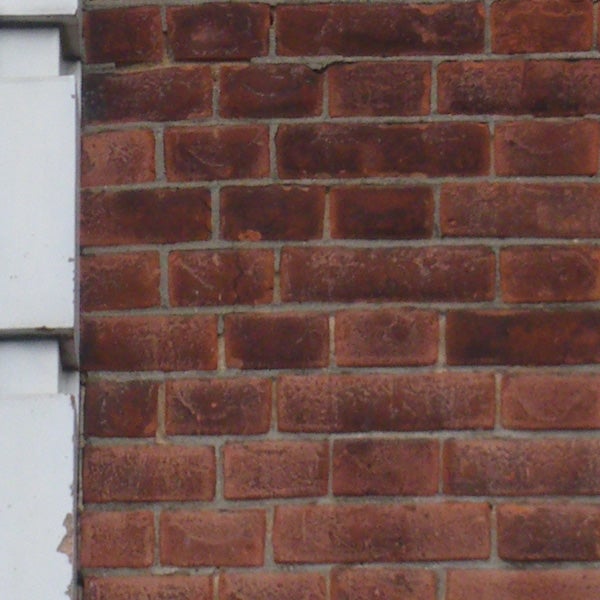 ISO 100 provides similar results to the above 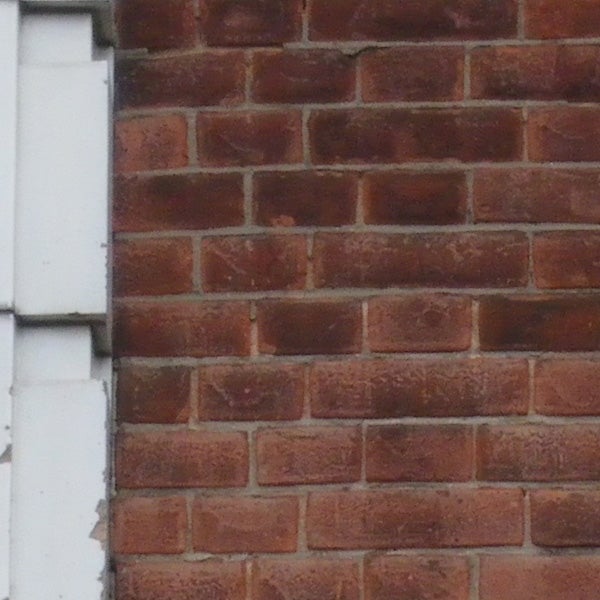 Good results can still be had at ISO 200 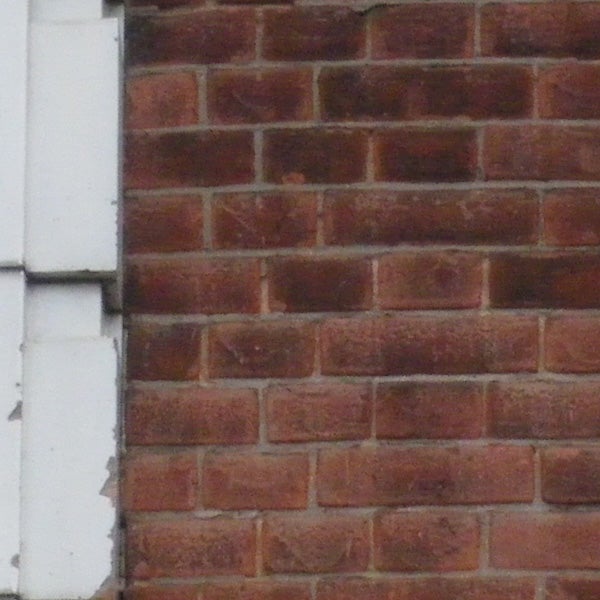 Minimal image noise begins to creep in at ISO 400 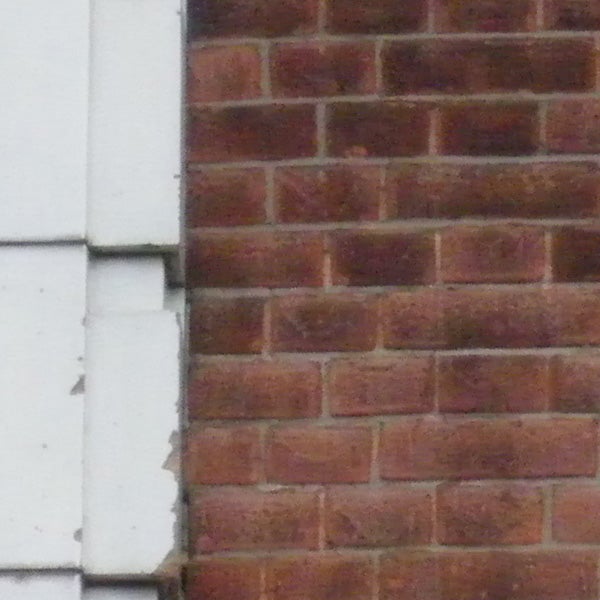 ISO 800 shows some slight blotchiness, but the Noise Reduction system is kicking in 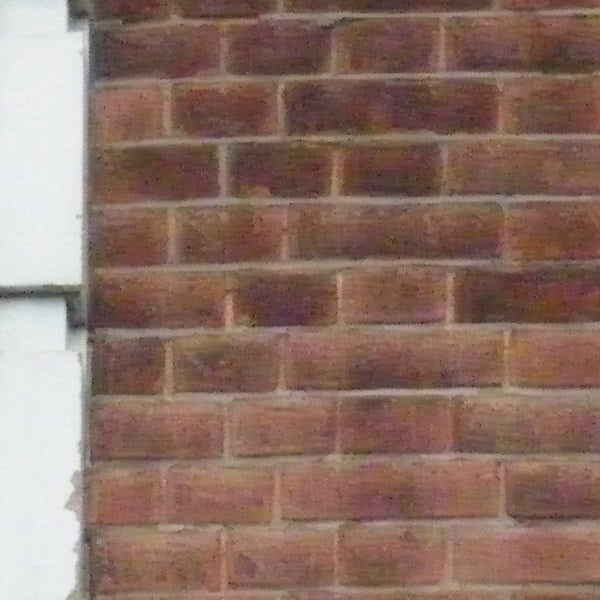 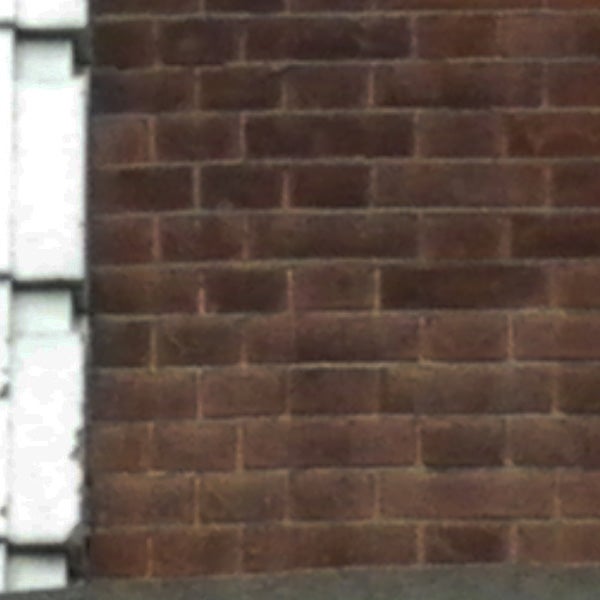 ISO 3200 has some loss of detail thanks to the NR 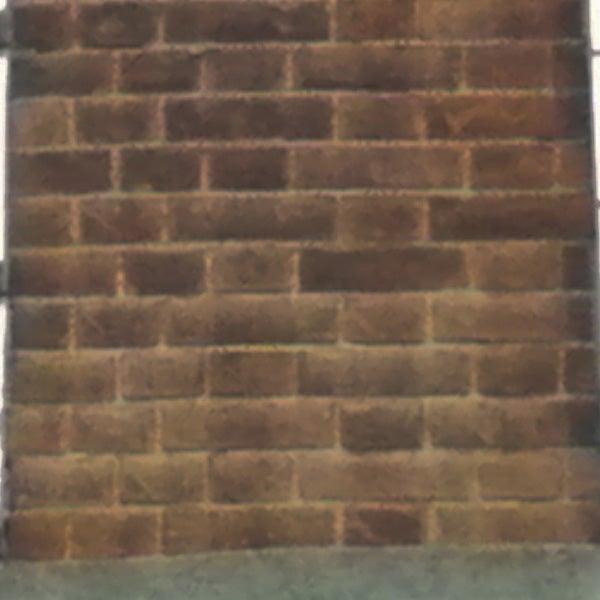 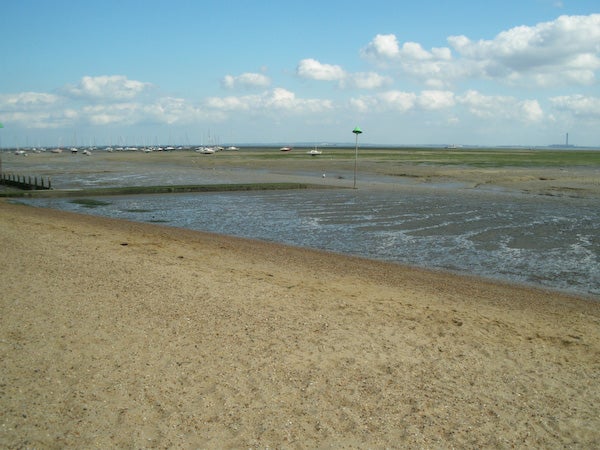 This is taken at the wide end of the lens, equivalent to 36mm. 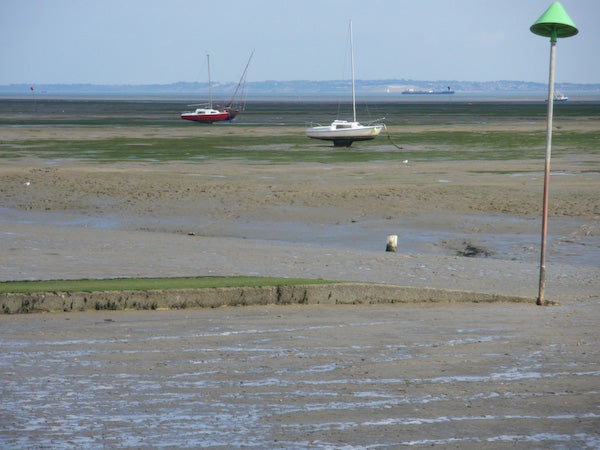 This is shot at the telephoto end of the lens, equivalent to 180mm. 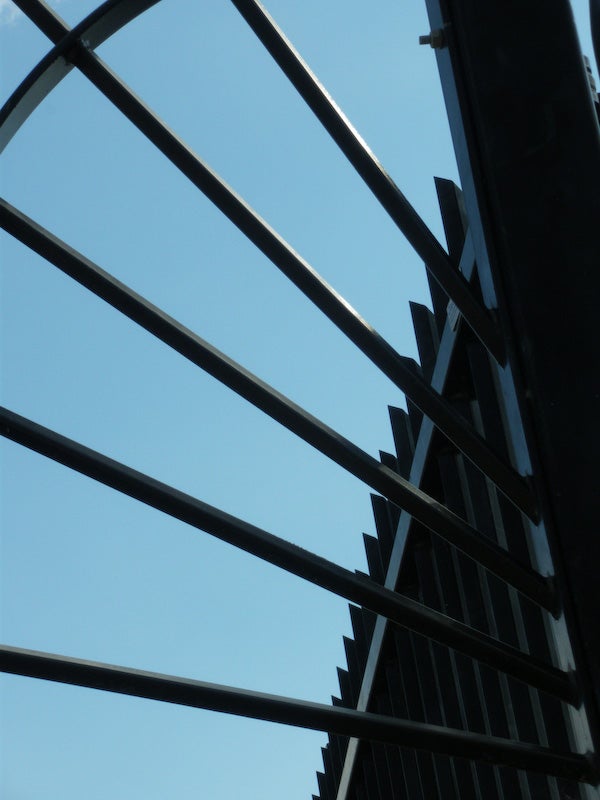 There’s no sign of fringing at the corners or centre. 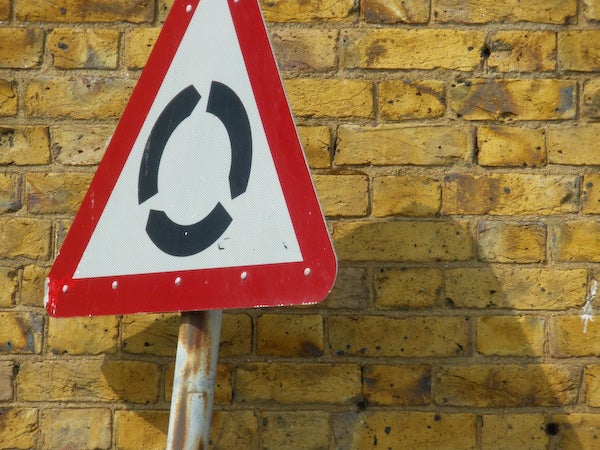 Sharpness is acceptable at the centre with little fall off. 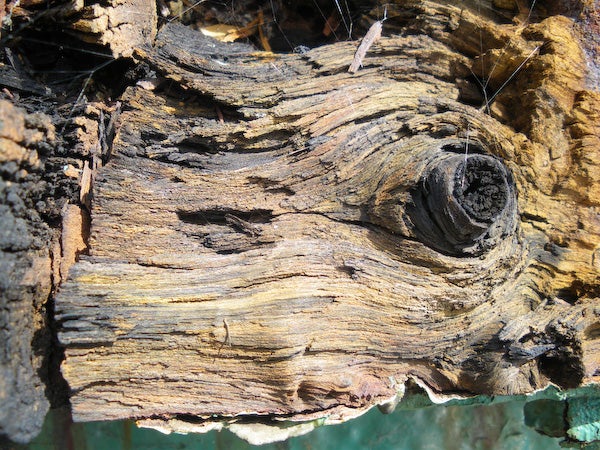 ”Here are some general test shots to help evaluate the camera’s overall image quality, including the zoom range of the lens.” 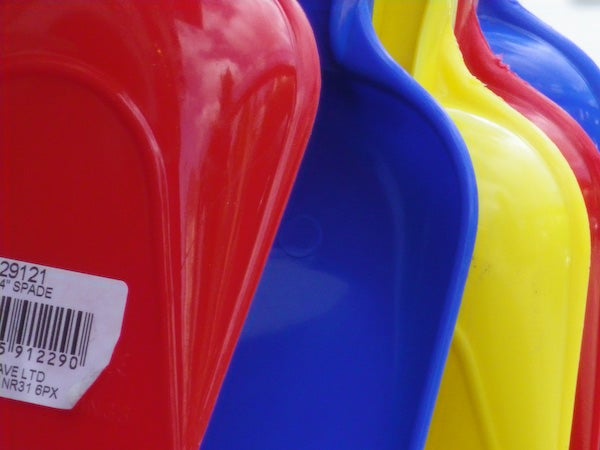 Colour is recorded well, with plenty of punch. 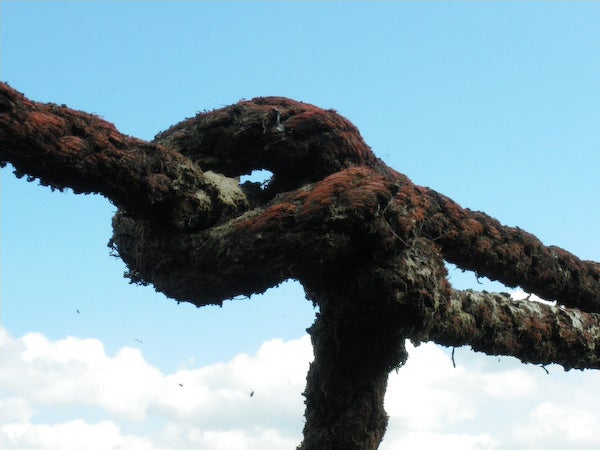 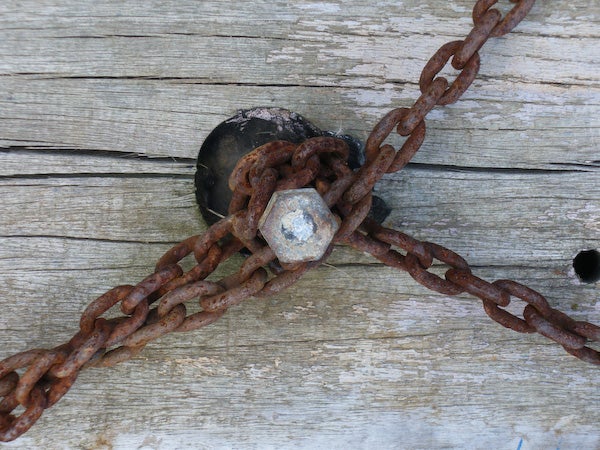 Exposure and tonality is good.