The mid-level section of the DSLR market has had quite a lot to contend with in recent years, not least the introduction and subsequent rise in popularity of compact system cameras. One way that manufacturers have managed to sustain interest in their mid-level DSLR ranges has been to borrow technology from their more expensive cameras and shoehorn it into less expensive models. As such, we’re now seeing more and more mid-level DSLRs with vari-angle LCD monitors, HD video recording along with external microphone ports. 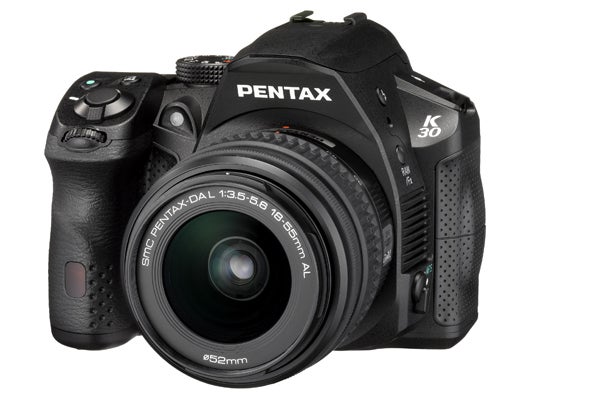 Pentax has used this approach to good effect too (indeed, in terms of offering pure value for money, it could even be argued that Pentax has led the way with many of its recent DSLR offerings) and the K-30 borrows a number of features seen on the more expensive, albeit older Pentax K-5, including weather sealing. Of course, the K-5 is already two years old, and so Pentax has also turned to some of its more recent releases – most notably the K-01 – to flesh out the inside of the K-30 with. But does this approach add up to a camera that’s likely to tempt DSLR upgraders away from the ‘big two’ brands of Nikon and Canon, or indeed the rash of highly featured CSCs currently on the market? Let’s take a closer look and find out.

At its heart the K-30 is based around the same 16MP APS-C CMOS sensor that was used in the K-01, which itself was based on the chip found in the older K-5. Sensitivity also follows suit, with the K-30 offering a standard sensitivity range of ISO 100-12,800, which is further expandable to ISO 25,600. While the overall aesthetics of the K-01 divided opinion somewhat, we were nonetheless impressed with the performance of its CMOS sensor’s ability to resolve fine detail, and this is something that the K-30 brings to the table as well. In addition to JPEG capture, it’s also possible to record lossless Raw image files in the Adobe-friendly .DNG file format. 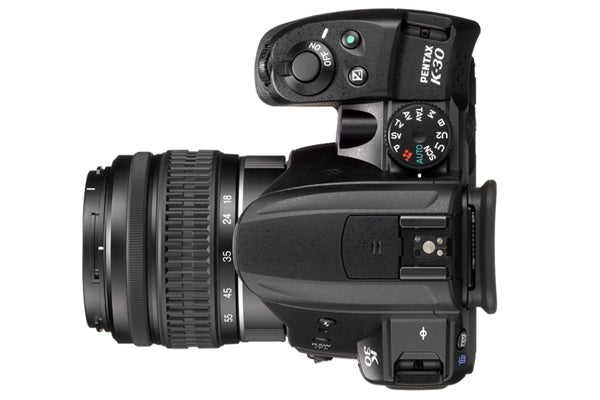 One further area where the K-30 borrows from the K-01 is with the Pentax PRIME M image processor. Unlike the PRIME II processor found inside the K-5, the PRIME M is optimised for HD video capture, live view and reduced power consumption. While the K-30 can’t quite match the 7fps maximum continuous shooting speed of the K-5, it’s not far behind with a still-impressive 6fps top shooting speed. This is some way faster than it’s main rivals, namely the Canon 650D (5fps) and Nikon D3200 (4fps) and even compares well against some semi-pro DSLRs such as the Canon 5D MkIII (6fps).

One area where the K-01 did lose quite a few points was with its noisy and rather slow AF system, and to some extent the K-30 also suffers from the same issues – at least when it’s being used in Live View mode. Using the viewfinder, however, there are no such problems as this enables the camera to make use of its all-new SAFOX IXi autofocus module, which uses phase-detection technology alongside improved optical components and a diffraction lens for better performance in low light. The K-30 also gets the same 11-point AF arrangement of the K-5, nine of which are cross-type sensors, with AF-Single, AF-Continuous and AF-Auto focus options available alongside a manual focus mode. 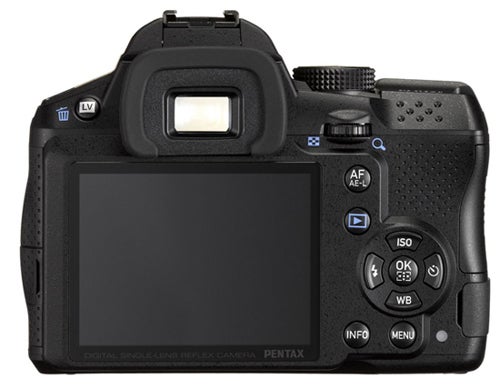 One further benefit the K-30 enjoys over the K-01 is an optical viewfinder that offers a 100% field of view for accurate framing. Should you prefer to use the rear monitor then the K-30 comes with a fixed 3in, 920k-dot screen. The K-30 is powered by a bespoke Li-ion battery that’s good for a claimed 480 shots, although an adapter is also supplied in the box that enables you to switch to four AA batteries instead. While this does provide some flexibility, it should be noted that without the adapter the Li-ion battery could have been bigger and more powerful.

The K-30 offer a generous range of still image capture modes including the full range of PASM exposure modes, along with an array of fully Automatic and Scene mode positions for those point-and-shoot moments. Video capture takes a step up from the 720p of the old K-r with 1080p Full HD capture now possible at 30, 25 and 24fps. Somewhat surprisingly there’s no external microphone port, however the camera does offer quite advanced audio recording controls within the in-camera menu. We were also disappointed to find that continuous AF isn’t possible when shooting video, which is something we certainly hope to see in a future model. 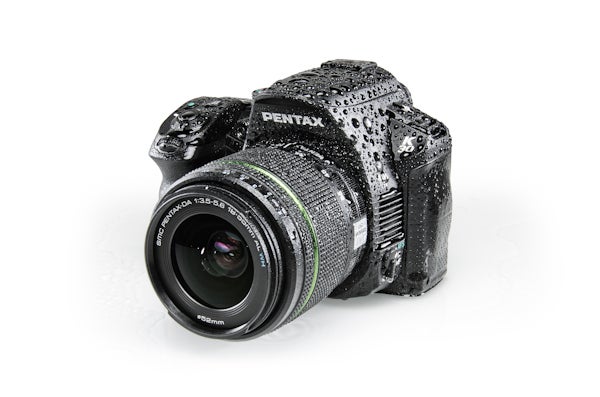 In terms of design the K-30 is fairly distinctive looking thanks largely to its angular shape, side ribbing and perforated grip. Picking it up for the first time, it feels especially solid and well-built thanks in part to the stainless steel cage. It also offers 81 weather seals to guard against dust, dirt and moisture penetration – something that sets it apart from its immediate mid-range competitors such as the Canon 650D and Nikon D3200. 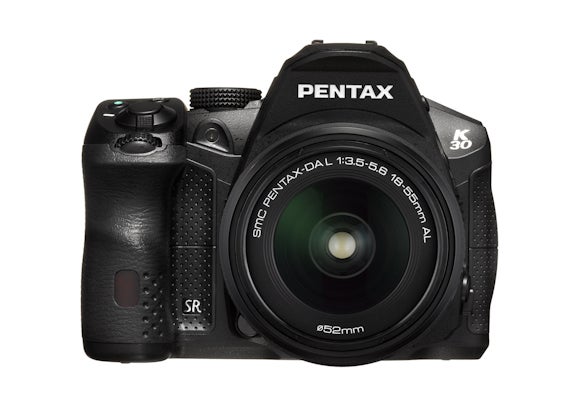 While the K-30 cannot be fully submerged in water, the weatherproofing will protect it from rain showers, dusty conditions or even a trip to the beach, making it very much a camera for all seasons and conditions. In addition, it also remains operable in temperatures of as low as -10 degrees Celsius. Keen to put these credentials to the test we emptied a bottle of water directly over the camera and then put it in the freezer – we’re pleased to report that it came through unscathed and continued to work as normal.

In the hand the K-30 feels comfortable with the deep grip giving you plenty to wrap your fingers around. The back of the camera also benefits from a large thumb-rest, which adds to the overall grip. Our only minor grip is that the shutter release button feels a little flat; whereas on most DLRS a half-press is easy to feel, the K-30’s shutter release feels less responsive. On the plus side, we do like how the K-30 offers two control wheels – one on the front and one next to the thumb-rest. This proves especially useful when shooting in full manual mode as one can be used for shutter speed and the other for aperture. We also like the built-in electronic level, which is accessed by double-tapping the Info button.

The K-30’s all-new SAFOX IXi autofocus system performs well when the camera is being used through the viewfinder, with the AF proving consistently quick to lock focus in good light, while also remaining admirably swift when light levels drop. By default, the camera will emit an audible beep when focus has been locked, the volume of which can be adjusted up or down, or even switched off altogether. The 18-55mm f/3.5-5.6 kit zoom isn’t particularly quiet, with quite a lot of audible mechanical whirring when switching from subjects close at hand to subjects that are further away. 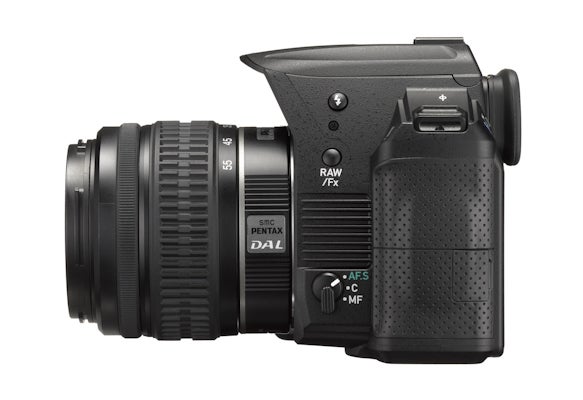 While using the K30 through the viewfinder enables the camera to benefit from commendably fast phase-detection AF, switching to Live View raises the mirror forcing the camera to employ contrast-detect AF technology. This is noticeably slower and much less consistent, with the camera sometimes struggling to lock-on first time resulting in some slightly frustrating incidents of focus hunting. Other manufacturers (most notably Panasonic and Olympus) have shown that snappy contrast-detect AF technology is possible, so it’s disappointing to find that the K-30 isn’t able to match them in this respect.

Shooting JPEGs we were able to record 47 consecutive images at the top burst setting of 6fps before the memory buffer filled and the camera began to slow down. In Raw this dropped to eight frames before the camera began to jar, and in Raw JPEG we managed seven frames. All in all, this represents pretty respectable performance for a DSLR of this price.

Overall image quality is very good. Pentax DSLRs have gained a bit of a reputation in recent years for slightly underexposing images, however that doesn’t appear to be a problem with the K-30. Even in high-contrast scenes containing harsh lighting we found the K-30’s 77-segment metering system to be up to the job, delivering consistent results that required little to no post-processing correction. 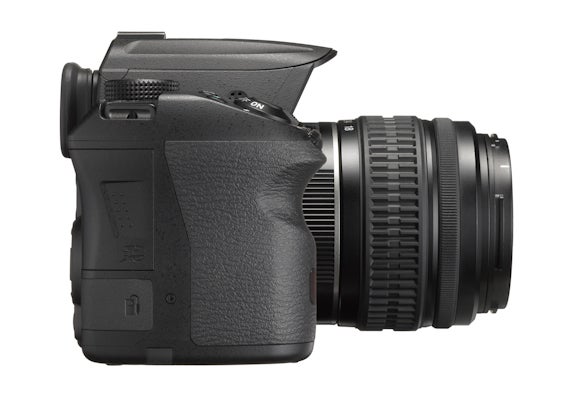 If you want to shoot JPEGs then the K-30 offers a generous range of 11 Custom Image processing styles, including: Bright, Natural, Portrait, Landscape, Vibrant, Radiant, Muted, Bleach Bypass, Reversal Film, Monochrome and Cross Processing. Which one of these you choose will determine how your final image looks with variable levels of saturation, contrast and in-camera sharpening on offer to provide a good deal of flexibility.

Should you prefer to shoot in Raw then you can expect the uncompressed .DNG image files to come out a bit softer and to display less in the way of saturation than their JPEG counterparts, which is all perfectly normal. Of course given the lossless nature of Raw files you do have much more scope to boost saturation and add sharpness to your own personal preference using dedicated image editing software such as Photoshop or similar. 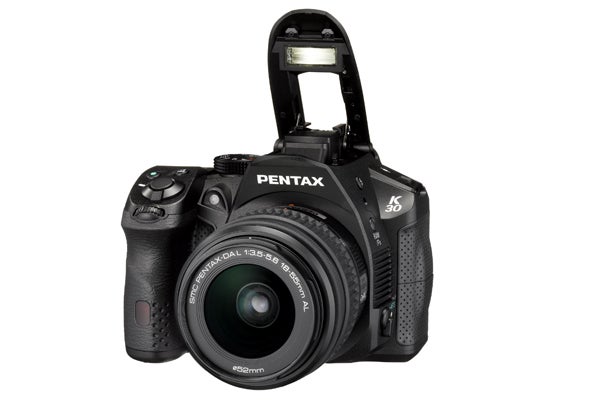 The K-30’s 16MP sensor is able to resolve excellent amounts of fine detail, particularly at sensitivity settings below ISO 3200. At the baseline sensitivities noise is absent altogether and only really becomes an issue once you go past ISO 3200, with images shot at ISO 6400 showing some softening and loss of detail. Above this, the two top settings of ISO 12,800 and 25,600 are best avoided if possible as they display lots of colour noise.

Verdict
The Pentax K-30 is a richly featured mid-range DSLR that combines features from the more expensive but older K-5 with more recent innovations present in the K-01 compact system camera. As such the K-30 offers enough to stand out from its peers, with the overall build quality and weather sealing a notable highlight. Image quality impresses too, as does the 6fps top burst speed. Less impressive is the sluggish contrast-detect autofocus of the K-30’s Live View mode, which lags some way behind its competitors in terms of speed and performance. At around £679 with the sealed 18-55mm DA WR zoom lens, the K-30 isn’t the cheapest mid-range DSLR on the market and would certainly benefit from some high street discounting – something that generally tends to happen within a couple of months of release. Even if you can wait that long then the K-30 represents a solid investment for those wanting to grow their photography skills with a DSLR. 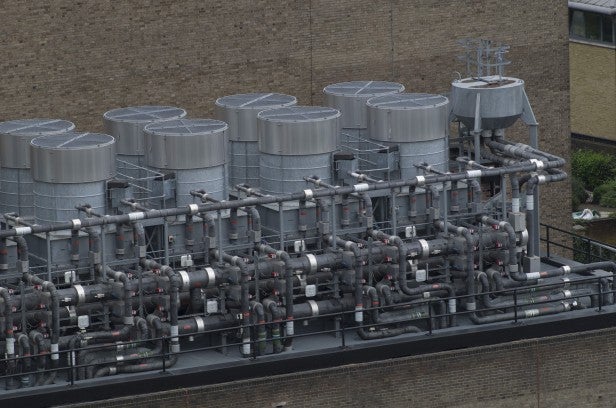 The ISO test image in full (ISO 200). The follwoing are 100% crops from the centre of the same composition taken at different ISO settings. 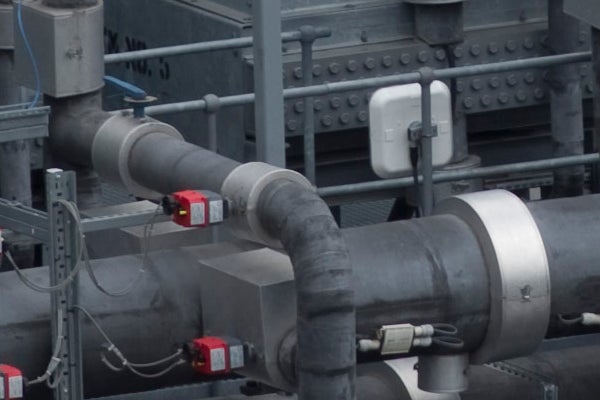 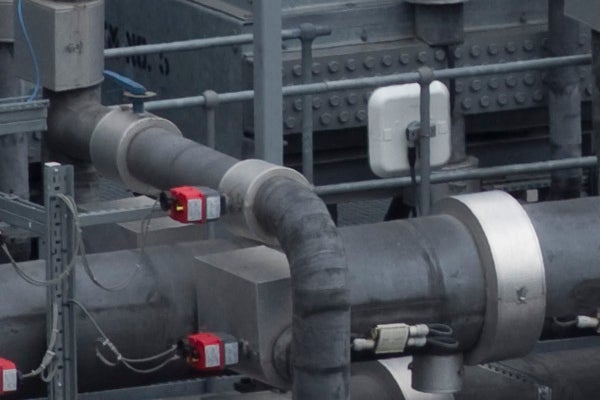 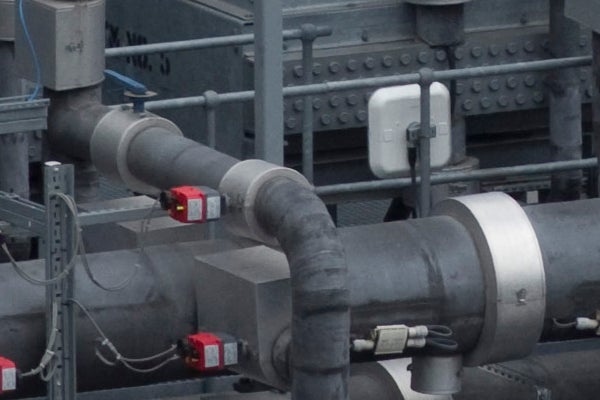 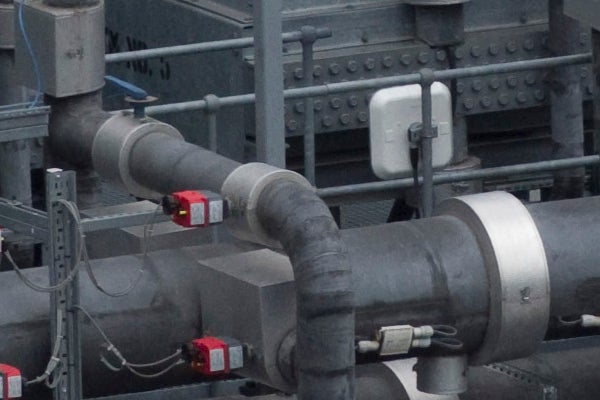 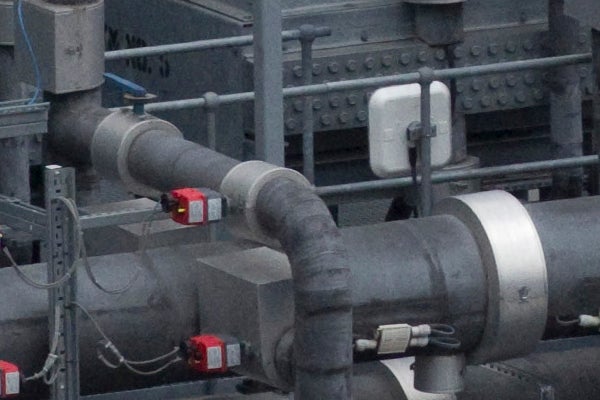 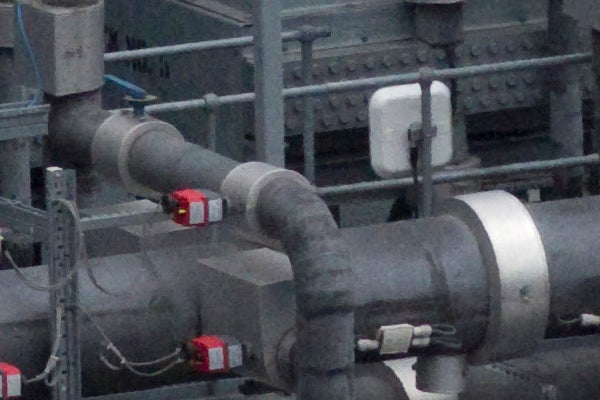 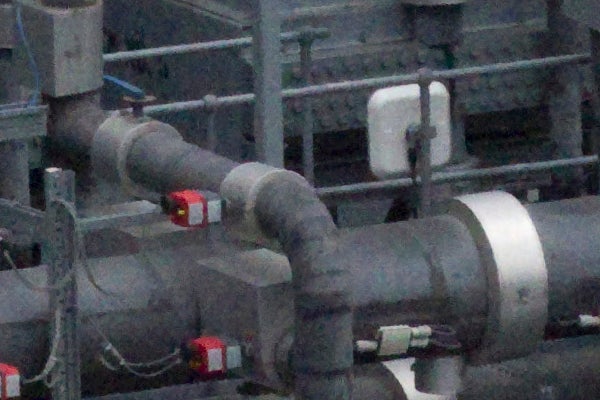 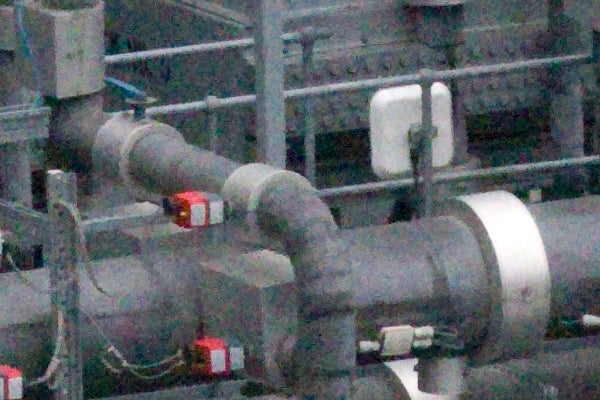 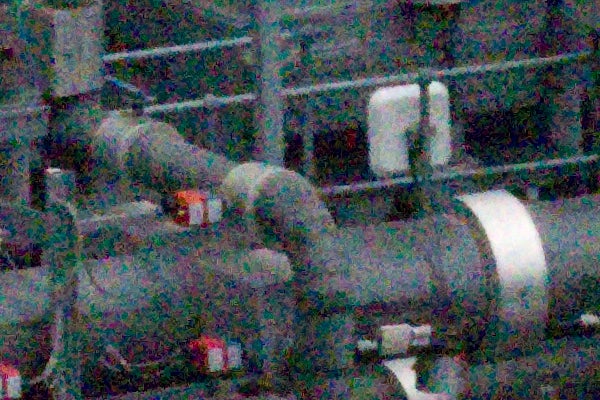 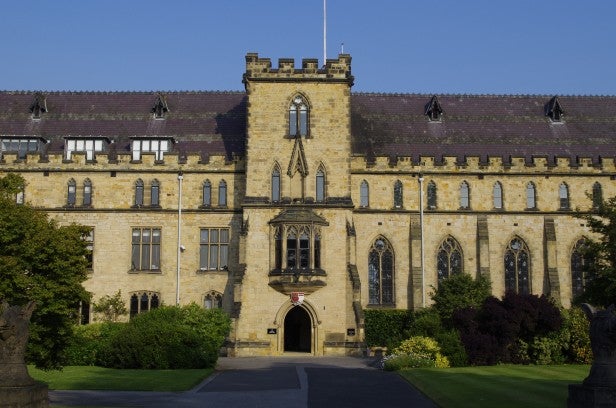 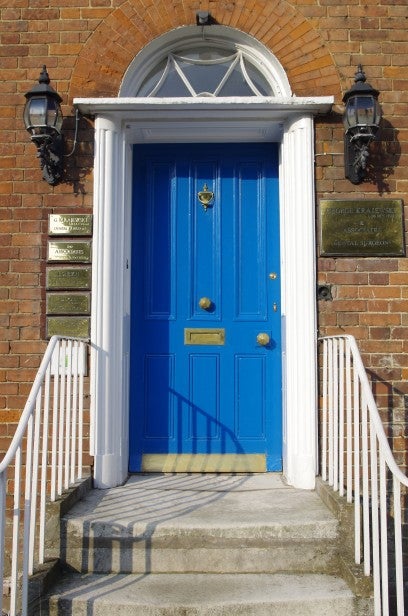 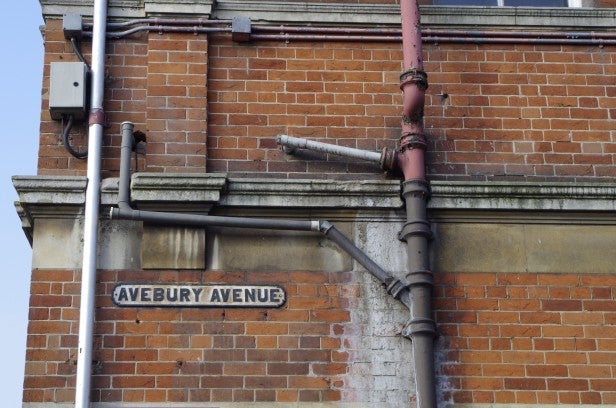 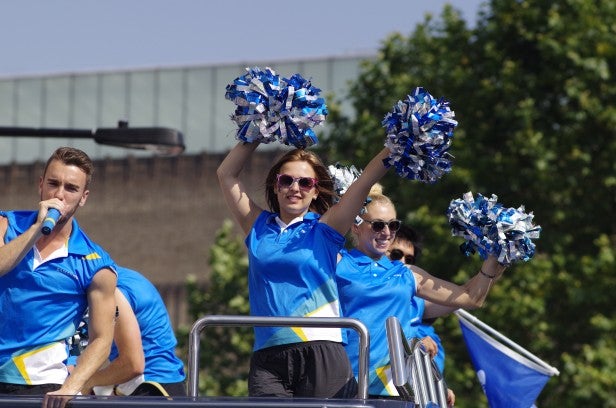 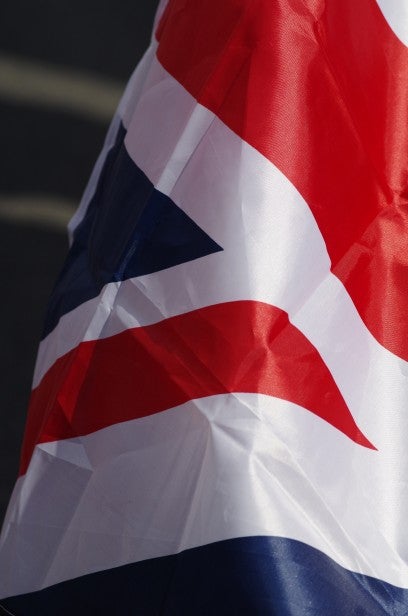 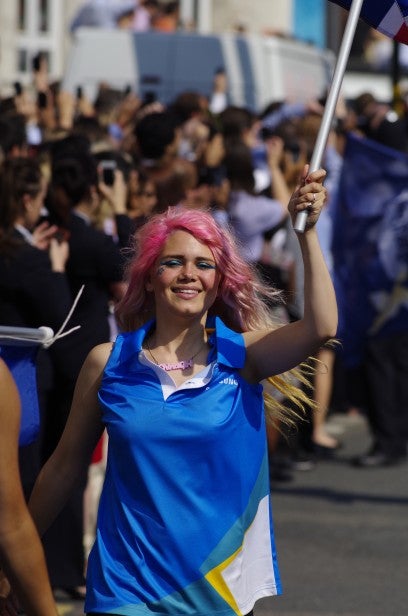