2010 was the year plasma fought back. The arrival of 3D and plasma’s demonstrable superiority at showing it suddenly saw the elder statesman of the flat TV game elbowing its upstart LCD rival out of the commercial spotlight for the first time in ages.

Given that it was Panasonic’s 3D TVs in particular that drove this
plasma resurrection, it’s fair to say we’re pretty pumped at the arrival
on our test benches of Panasonic’s first 2011 3D plasma TV, the 50in
TX-P50GT30. 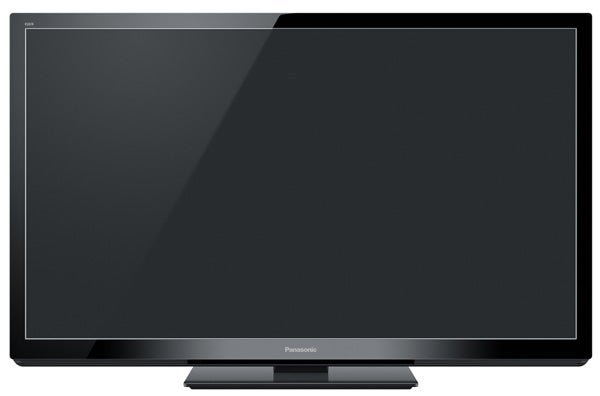 As dedicated followers of TV model numbers (!) will doubtless realise, the P50GT30 sits squarely in the middle of Panasonic’s 2011 3D plasma range, replacing last year’s well-received and top-selling GT20 series. This means it won’t offer the nth degree of picture performance you might expect with the upcoming flagship VT30 series, with its extra, high-contrast filter. But the GT30 series certainly does benefit from numerous other improvements to Panasonic’s core plasma technology (now dubbed NeoPlasma).

We’ll get into these improvements later, but first we have a minor miracle to report: namely that Panasonic has actually wrapped the P50GT30 in a stylish body! We’ve been harping on for years now about the seemingly willful drabness of Panasonic’s TVs, so it’s massively pleasing to find the P50GT30 looking slim, sporting a fetching metallic finish for front and back, and even adding a bit of pizzazz in the form of a silver metallic trim round the inner and outer edges of the bezel, and a gentle blend from near-black into grey for the central third of the TV’s bottom edge. Good grief. Where will it all end? Polkadots and leather? 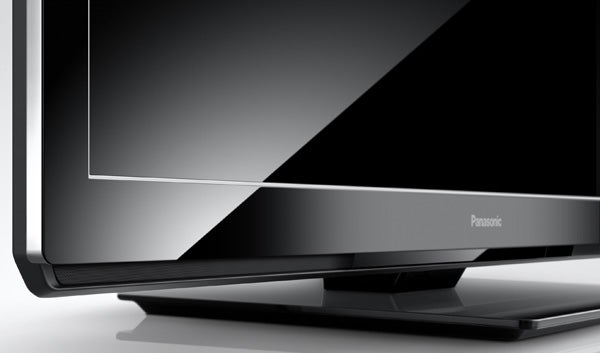 Turning our attentions to the P50GT30’s connections, our spirits are further boosted by the wide array of options Panasonic has placed at your disposal. Four HDMIs, three USBs, a LAN port, a Freesat HD LNB input alongside the more expected Freeview HD input, a D-Sub PC port, an SD card slot… Really, the set covers all the bases and more that you could reasonably expect. Especially as it’s a mid-range TV, not a flagship model.

The USBs have triple functionality moreover, delivering Wi-Fi via a (sadly not included) dongle; recording the HD tuners to powered USB HDDs; and, of course, playing back most of the video, photo and music formats that matter. The SD slot offers an alternative means of playing photos, from the growing number of SD-based digital cameras out there.

The LAN port, meanwhile, delivers access to files stored on a networked DLNA PC, as well as providing a pipeline to Panasonic’s new Viera Connect service. This applies a more overtly smartphone sensibility to last year’s Viera Cast system, complete with an app store and the facility to organise to suit yourself the apps you choose to download.

The number of apps that are genuinely useful – or even English-language, come to that – is still a little limited. But Viera Connect’s cloud-based and open platform approach means the app count will only grow over time. And in any case, at least there are already a few ‘star attractions’ on there, including for the first time on a Panasonic plasma TV, the BBC iPlayer.

As you can tell from the fact that the P50GT30 has earned endorsements from both the Imaging Science Foundation (ISF) and quality assurance group THX, it’s decently equipped with picture fine-tuning options – most notably gamma and colour management toolsets. These still aren’t as comprehensive as those on some rival sets, but we’d consider them decent enough for a mid-range set.

Especially as many users won’t feel the need to even go near them thanks to the ridiculously good quality of the P50GT30’s pictures right out of the box. For thanks, presumably, to the new NeoPlasma technologies, the P50GT30’s images are a revelation even compared with the already impressive efforts of the GT20 range. 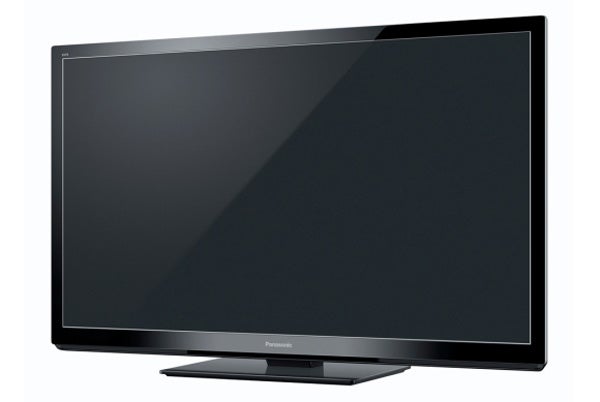 NeoPlasma’s main tricks are: a faster-reacting phosphor to boost response time; slimmer ‘ribbing’ between the plasma cells to boost luminance and power efficiency; reduced plasma discharge level to improve the brightness/power consumption ratio; and perhaps most significantly of all, a new louver filter in the screen that soaks up more ambient light reflections. And every one of these innovations plays its part in the P50GT30’s truly grandstanding picture efforts.

Many of NeoPlasma’s innovations in the P50GT30 are focused on boosting 3D performance. So it’s gratifying to find the set delivering arguably the nearest thing yet to a flawless 3D performance.

For a start, in these days where reduced-resolution passive 3D technology is making such a stir, it’s reassuring to see 3D Blu-rays looking as sharp and detailed as a normal HD Blu-ray would, reminding you of why active 3D playback was created in the first place. Colours look much richer than they did on the GT20 series too, and perhaps most crucially of all, brightness levels are more engaging. To be fair, the amount of brightness knocked out of the picture by donning Panasonic’s 3D glasses is still pretty severe. But at least now pictures still look engaging and, most importantly of all, there’s markedly more shadow detail visible in dark areas, addressing one of the biggest criticisms of Panasonic’s 2010 plasmas.

Of that dreaded active 3D phenomenon crosstalk, meanwhile, there’s nary a trace. Even slightly less than there was with last year’s Panny 3D plasmas, and that’s saying something.

People who insist on watching the P50GT30 in a brightly let room might be upset by the flickering effect of the shuttering glasses, but this doesn’t bother everyone. And in any case it’s easily avoided by doing the right thing and dimming the lights when going to the effort of watching a 3D film or programme.

The only real irritation with the P50GT30’s 3D playback so far as we’re concerned is Panasonic’s glasses, which are too narrow and sit too high up your nose, meaning some people will have to constantly tilt their head to line the glasses up with the screen.

One rather handy thing about TV innovations ushered in for 3D is that they also tend to improve 2D. And there’s proof of this in abundance on the P50GT30. Particularly mesmerising with 2D sources is the new-found intensity of colour Panasonic has managed to deliver. Colours across the board look richer, more vibrant and more dynamic than ever before on a consumer Panasonic plasma screen, helping them look even more natural than usual. Even better, the new-found colour vitality stands proud against a gorgeously uniform black level response that beats the already impressive effort of the GT20 series hands down, making the set a real movie fan’s dream. 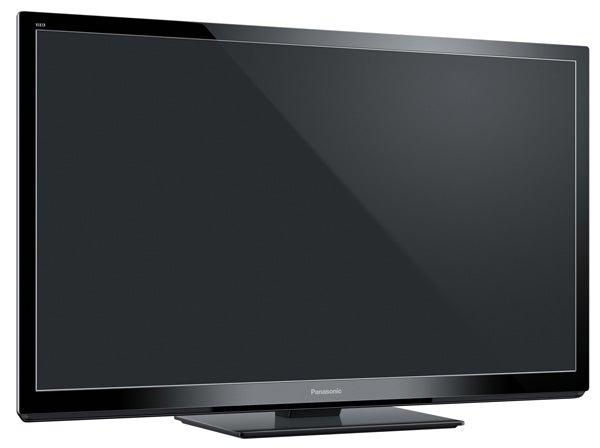 HD images look at least as sharp as they did in 3D mode too, and motion is better than it was on last year’s Panasonic models. There’s still a little judder and even occasional double imaging during camera pans with 50Hz PAL broadcasts, but this can be largely tackled by judicial use of Panasonic’s more polished Intelligent Frame Creation system. As usual, plasma’s innately super-fast response time means there’s no sign of the blurring problems that routinely afflict LCD TVs. Plasma’s self-emissive nature means you can watch the P50GT30 from wider angles than LCD TVs too before the picture quality deteriorates.

With some reasonably if not spectacularly clear, loud and open audio keeping the barnstorming pictures company, the only thing that really troubles us at all about the P50GT30 is that it seems more susceptible to temporary image retention than recent previous Panasonic plasma generations – perhaps because of the extra intensity Panasonic has managed to eke out of its phosphors this time out.

This doesn’t lead to distracting moment-to-moment retention like that seen on some LG plasmas recently, but prolonged exposure of the screen to a heavy channel logo or video game health bar can see a ghost of that image element hanging around for quite a few minutes – or until you call in the handy ‘screen wipe’ tool Panasonic has provided especially for dealing with the retention issue.

Where we’d frankly expected the GT30 to nudge forward from last year’s already accomplished GT20 sets, instead it delivers a real leap ahead that finds the P50GT30 delivering a performance that’s nothing short of superlative with both 3D and 2D.

LCD may have closed the gap a bit, and hard commercialism seems set to rock the once-cosy active 3D world. But if you’re motivated first and foremost by sheer picture quality, the P50GT30 is going to be hard to beat.