Regular readers will know that so far this year I’ve been considerably more enamoured of Panasonic’s new NeoPDP plasma TVs than I have of the cheaper models that use Panasonic’s traditional plasma panel techniques. So on one level I’m not expecting anything particularly spectacular from the P46S10, sitting as it does towards the lower, non-NeoPDP end of Panasonic’s current range.


But then again, I’ve long been a fan of the 46in screen size sported by the P46S10, finding it an unusually natural fit for your average decent-sized living room. And I’m also a fan of its £955 price – a really approachable sum for such a well-proportioned TV.


Especially when that TV also enjoys a specification sheet that boasts a vast claimed dynamic contrast ratio of 2,000,000:1, a Full HD resolution, and 400Hz processing achieved by using Panasonic’s Intelligent Frame Creation technology to interpolate extra ‘sub-field’ images between the real ones coming in from your source.


Fans of TV stats might also enjoy the claimed 0.001ms response time claimed for the P46S10 – a figure Panasonic is keen to peddle given how impressive it looks against the 4, 5 and more millisecond figures usually associated with LCD TVs. 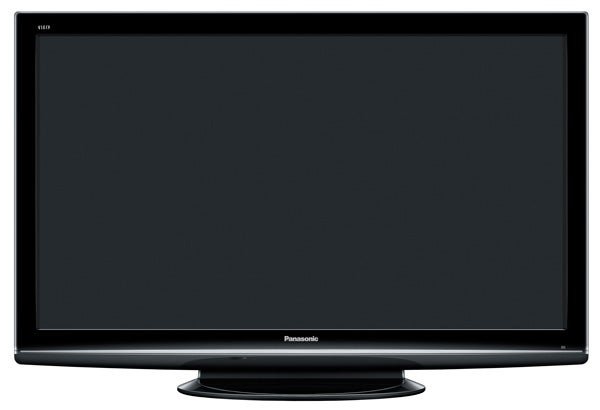 The P46S10 doesn’t present a completely irresistible face to the world, though, for the simple reason that I personally don’t find it especially well designed. The simple, slightly chunky gloss black bezel is getting pretty old-school now, and a silver strip and slightly bulbous bit of sculpting along the bottom edge don’t really do enough to alleviate the gentle boredom.


The set’s connections are pretty much as I would have anticipated for the S10’s level of Panasonic’s range, with highlights of three HDMIs and an SD card slot able to play JPEG stills and AVCHD video. Obviously a fourth HDMI would have been nice, and maybe, if I was being particularly miserable, I would have liked a more universal USB option alongside the SD card slot. But given Panasonic’s involvement with SD, I guess I shouldn’t be too surprised that things are as they are.


Aside from being very cleanly presented and easy to navigate, the P46S10’s onscreen menus don’t really have a great many features of interest; just an uninspiring automated colour management option and basic noise reduction system catch the eye.


The P46S10’s performance is as typically accomplished as we’d expect from any Panasonic plasma. But as with other non-NeoPDP models we’ve seen, it’s not quite consistent enough in all areas to carry an unreserved recommendation.


One thing I really like is how superbly natural HD pictures tend to look. Wimbledon matches were a joy to behold in most ways, with finely tuned colours – even when it comes to Panasonic’s usual weak point of greens – and exceptional motion clarity particularly catching the eye. Panasonic is busy pushing the motion benefit of its plasma screens right now, and the clarity with which the ball and players speed around Centre Court on the P46S10 puts the vast majority of LCD screens to shame.

The P46S10’s black level response is also a force to be reckoned with, allowing dark scenes in films and TV shows to be reproduced with precious little of the greying over that’s still rife in the LCD world. Dark scenes look very stable and consistent versus those of some LCD TVs too, and contain levels of subtle greyscale and detail that show how effortless such black levels are for this TV.


It’s well worth pointing out too, of course, that unlike the vast majority of LCD TVs, the P46S10’s black level response doesn’t drop off significantly if you’re forced to watch it from somewhere down the side. In fact, the black level depth on show here even outguns that of many rival plasma TVs, falling short of only Pioneer’s KURO plasmas, Panasonic’s own NeoPDP screens, and one or two of the latest LED TVs.


Another likeable quality of the P46S10’s pictures is how cleanly standard definition pictures are upscaled to the screen’s Full HD resolution, suppressing any noise that might be present in the source image with impressive aplomb. 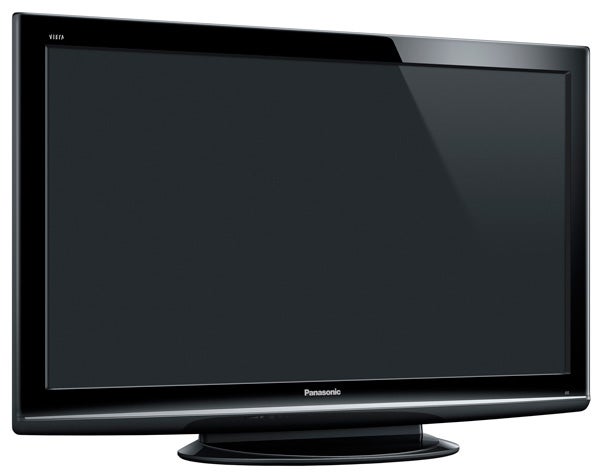 Now for the little problems I have with the P46S10. For starters, while HD looks beautifully clean, pure and natural, it’s not quite as blisteringly sharp as we’ve seen on some of the best rival TVs.


Next, while objects move around within the frame with strikingly little blur, the 400Hz engine isn’t quite powerful enough to stop a little judder creeping into camera pans, especially with 24p Blu-ray playback.


It’s well worth stressing before turning to the P46S10’s sound, though, that the sort of problems we’re talking about don’t remotely stop the TV from being a very accomplished performer that would almost certainly have nabbed a TrustedReviews Recommended award last year, before the latest LED and NeoPDP screens shifted the goalposts on us.


Panasonic’s audio used to be notoriously flimsy unless you forked out for its old flagship screens, with their separated tweeters and woofers. But this old bugbear really seems to have been put to bed with Panasonic’s 2009 generation, as even this relatively low-end model produces a nice, solid, clean, and engaging soundstage well-matched to the screen’s dimensions and general picture quality.


Although the P46S10 is not without its problems, if you’re a sports lover after a surprisingly affordable large plasma screen that really does deliver a marked advantage with motion over most LCD rivals, you owe it to yourself to check out the P46S10.