If ever there was a TV with the on-paper specs and already-proven heritage to have us drooling, it’s the P42V20. For its specification is mighty similar to Panasonic’s VT20 3D TVs, minus the 3D functionality. And regular readers will know how well the P50VT20 fared when we reviewed it recently.


The reality of reviewing the P42V20 starts with a surprise, though, as it wears a distinctive grey colour scheme in place of the usual Panasonic black, or the bronze colour enjoyed by the VT20 models. This grey almost looks metallic thanks to the glossy quality of the finish.


It’s a shame, though, that this smart finish hasn’t been accompanied by a new design; the P42V20 still wears the same rather staid – though nicely built – design as models lower down Panasonic’s range. Still, while the P42V20 might not have the same glamour factor as star sets from some other manufacturers’ ranges, relatively conservative readers might prefer its toned down approach.


The set’s connectivity is very good. There are four HDMIs, as we’d expect of any high-grade TV now, but these are joined by a more than healthy suite of multimedia resources. The most basic of these is a D-Sub PC port, but there’s also an SD slot, plus two USB ports and an Ethernet jack. 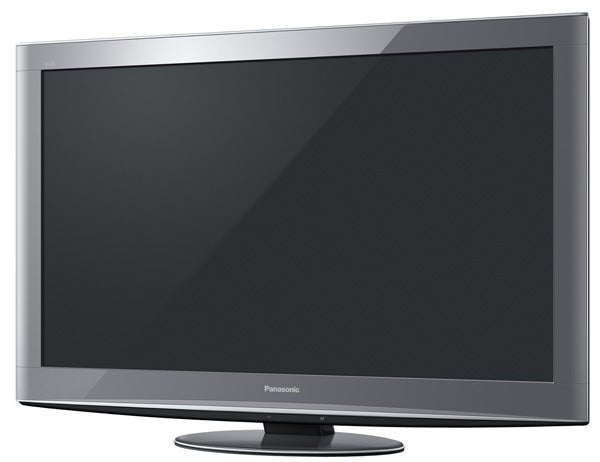 The USB ports are particularly interesting. For as well as accepting a variety of photo, music and video (including DivX HD) files, as we’d hope, they can also be used to record programmes from the TV’s built in Freesat and Freeview HD tuners. These recordings are more or less indistinguishable from the original broadcasts, aside, perhaps, from a slightly more sibilant tone to audio.


However, as we’ve noted when reviewing previous Panasonic USB-recording TVs, there are a few practical limitations. First, you can only play back recordings on the TV you made them through. Also, you need a USB HDD with at least 160GB of memory. And finally, so far the only brand of USB HDD confirmed to work by Panasonic is Buffalo’s JustStore Desktop HD-EU2-UK series.


With Samsung’s USB recording TVs, there’s much more flexibility over what USB devices you can use, so we can’t understand why Panasonic’s system has to be so restrictive.


We’re not done with the USB’s talents yet, though. For you can also use them to access your wireless network and Panasonic’s Viera Cast online service (more on this in a moment), courtesy of a USB Wi-Fi dongle handily included in the package, rather than being an optional extra.


However, if you’d rather take the hard-wired route to get online, that’s where the Ethernet port comes in. You can also use this port to stream in files from a DLNA-enabled PC. Plus, of course, it could come in handy for supporting future interactive services from the Freesat and Freeview HD services – such as the inevitable BBC iPlayer.

Nipping back to the Viera Cast platform, we’ve discovered the latest version of the system supporting a couple of key new features: Skype’s video calling service (via an optional extra camera), and the AceTrax film download site.


You can, as with Sony’s LoveFilm TV tie up, set up an account with AceTrax that connects to your TV, for easy streaming of a decent selection of films at either retail or rental prices.


You can cough up as much as £12 to buy a film for good (it’s stored in an AceTrax ‘Cloud’ so you can access it whenever you want to), or rent films for a single viewing for around £3.99. Go this route, and you have 30 days in which to stream the film. Unfortunately, though, Panasonic doesn’t believe that the UK’s broadband speeds are good enough right now to support HD AceTrax content.


The P42V20 happily shares the 3D range’s endorsements from both THX and Imaging Science Foundation (ISF) 3rd party organisations. The THX support manifests itself in a THX picture preset, while the ISF support sees you given two Professional picture preset slots, where an ISF expert can store night and day settings.


You can, of course, also store your own calibration efforts in these slots, with a fair colour management tool and thoughtful selection of gamma adjustments proving the star of the calibration show. 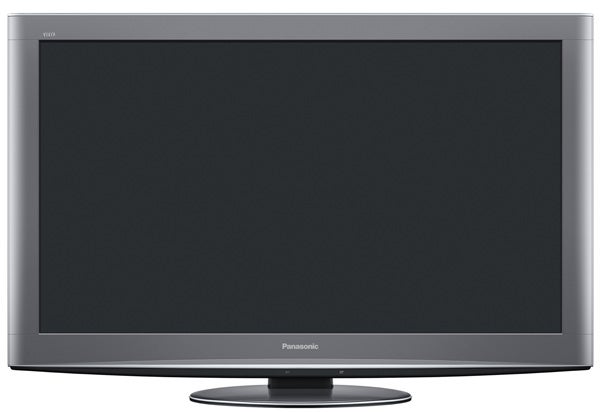 
It just so happened that we started testing the P42V20 immediately after spending time with one of Samsung’s 8000 series LED TVs. And as a result, our very first impression wasn’t actually a positive one, as the Panasonic’s pictures looked rather low on brightness by comparison.


But of course, this is routinely the case with plasma screens when sat side by side with LCD ones. And it’s misleading, for what Panasonic’s plasma screens might lack in terms of eye-catching brightness they more than make up for in terms of contrast – something that’s arguably of more importance to serious TV viewers than any amount of raw brightness.


So it is that after settling into the Panasonic’s less strident approach and dimming our lights to our customary viewing level, we started very quickly to appreciate the P42V20’s considerable contrast qualities. This is underpinned, of course, by Panasonic’s consistently outstanding black level response. In fact, the P42V20 uses the same Infinite Black Pro technology that so impressed on the VT20 3D model, producing the most naturally deep black levels we’ve seen on any TV aside from Pioneer’s legendary but long-discontinued KURO models.


This excellent black level performance stands in pleasing opposition to the TV’s portrayal of whites and colours of all brightness levels, and it’s this which ensures that while the P42V20‘s pictures don’t ‘glow in the dark’ as aggressively as many LCD TVs, they’re actually unusually dynamic.


This holds true, too, when you’re watching from an angle, since unlike LCD screens, there’s no loss of colour or contrast until you’re pretty much at right angles to the screen.

As noted with the P50VT20, Panasonic’s latest NeoPDP technology – which introduces improvements in the plasma panel design right down to the cell structure level – produces easily the most convincing colours we’ve seen from Panasonic’s plasma TVs. Reds now avoid the orange look seen at times in the past, skin tones look totally realistic (especially using the Digital Cinema Colour option) with natural tones and practically zero patchiness or colour striping, and greens look much more ‘in balance’ with the rest of the colour palette.


Just occasionally, a dark scene will adopt a very slightly greener overall tone than we’d like. But these moments are rare, and in any case are largely lost amid all the stuff the P42V20’s pictures get right.


This ‘right stuff’ further includes an exceptional ability at reproducing the detail and clarity of HD sources, and some solid-to-good standard definition pictures that look sharper and more naturally coloured than we see with models in the lower regions of Panasonic’s plasma range. As part of this, it’s worth stressing that Panasonic currently remains the only brand to deliver Full HD resolutions on 42in plasma TVs. 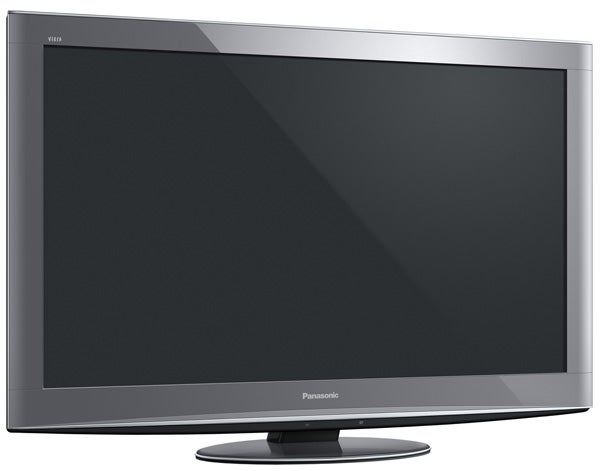 
As a side note here, though, we would strongly urge you not to engage any of the motion processing when gaming, as the slight delay it creates can lead to your face getting shot off on ”Modern Warfare 2” with even more depressing regularity than usual. Fortunately Panasonic has included a Game picture preset that largely fixes this delay issue, so we suggest you use it.


More good news comes from the fact that you don’t have to spend hours tweaking the P42V20’s new, extensive picture setting options to get the sort of video excellence we’ve been describing. Sure, there are benefits to some time spent calibrating things, but the provided THX preset is a vast improvement over the one seen with last year’s Panasonic premium plasmas – presumably because the new panel design’s enhanced abilities, especially with colour and black level response, have allowed THX to get much closer to its ideal picture settings.


The P42V20’s sound isn’t as accomplished as its stellar pictures. First impressions are promising, as the soundstage appears larger and more dynamic than most. However, over time the soundstage becomes tiring, as it filters through to your ears that the initially imposing bass lines are actually rather muddy and forced, while trebles sound peaky and sometimes even harsh. This is especially true of the Music audio preset; we thus much-preferred the Speech mode.


If you want the vast majority of the picture quality of Panasonic’s latest 3D models but don’t need 3D, then the P42V20 is the answer to your prayers. It’s an outstanding 42in TV in almost every way, and as such manages to make its £1,160 price look better value than we’d expected.