Despite its die-hard love of plasma technology, Panasonic produced some of the very first ‘portable’ LCD TVs ever released. And very nice they were too, combining ridiculously cute designs with startlingly bright, colourful pictures to give us an early glimpse of the shining future that LCD technology was ultimately to enjoy.

Since those early LCD days, though, we haven’t really come across many Panasonic portables, partly due to our focus tending to be on large screens, and partly because Panasonic actually stopped making any screens smaller than 26in across for a while.

But with the second-room TV market enjoying a marked boost in popularity right now, Panasonic has sensibly rejoined the portable LCD fray in the shape of the TX-L19X10 – a 19in model available in black (L19X10B) and white (L19X10BW) versions. 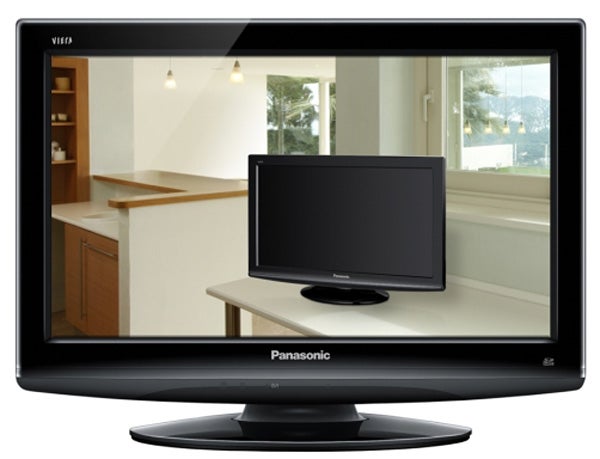 Given that I still hold an embarrassing candle for Apple’s original iPod design, I was drawn to the white version of the L19X10 like a moth to a flame. And as I survey my choice, I have to say I’m surprisingly happy with it. For compared with the ever-so-slightly dull looks of Panny’s larger screens, the L19X10BW is quite cute in its white livery, especially as the pale finish is wrapped round an appealingly sculpted body.

Another unexpected bonus about the L19X10BW is its price. For at £279 it’s really very affordable for a ‘big-brand’ 19in TV, sidestepping Panasonic’s occasional problems with making its LCD TVs as affordable as its plasma ones.

Although the L19X10BW’s connections aren’t spectacular, meanwhile, they cover all the main bases. There’s a single HDMI, for instance, as well as two SCARTs, a PC port, a component video input, and an SD card slot you can use for viewing photos taken on an SD camera of the sort favoured – of course! – by Panasonic, among others. 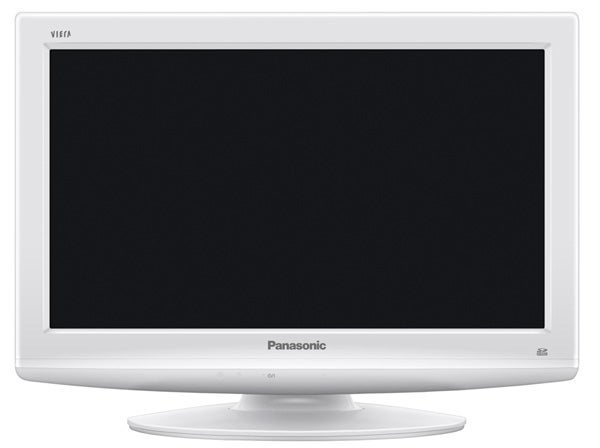 The HDMI and component video inputs noted above are consistent with the HD Ready specification, and this is rounded off by a native HD resolution of 1,366 x 768 pixels that conforms to a true 16:9 widescreen aspect ratio.

Also looking good on the specification side of things is a claimed contrast ratio of 4,000:1. This suggests that the L19X10BW sports a dynamic contrast system, where the screen’s backlight level can automatically be adjusted to suit the brightness levels of the image being shown. Important though this feature is, it’s by no means a dead cert on a cheap, small TV.

The L19X10BW scores a coup over many of its small-screen rivals, too, by carrying onscreen menus that are both easy to navigate and actually possible to read from quite some distance away. Wow – wonders will never cease.

The list of features contained within these menus isn’t particularly extensive, at least when considered alongside the stuff carried by LG’s more expensive 22in 22LU5000. But its automatic colour management option and cinema/game picture presets help it sneak just above the feature offerings of many similarly priced rivals.

The L19X10BW rises rather higher above its rivals, though, with its AV performance – a pleasant surprise, as it happens, given that Panasonic’s larger LCDs we’ve seen this year haven’t totally blown us away.

The picture’s bright and colourful characteristics immediately catch your eye, making the L19X10BW unusually well qualified as a TV for a bright environment, like a sun lounge/conservatory or kitchen.

The colours aren’t so aggressive that they look unnatural, though. In fact, the naturalism of tones, especially where skin is concerned, is arguably the single factor that most separates Panasonic’s 19 incher from other sub-£300 screens.

Strong, credible colours generally co-habit with credible black levels, and so it proves on the L19X10BW. In fact, they’re more than credible, with the dark scenes of ”Sweeney Todd” on Blu-ray benefitting from less greyness while retaining more shadow detail than is common with the small screen market. 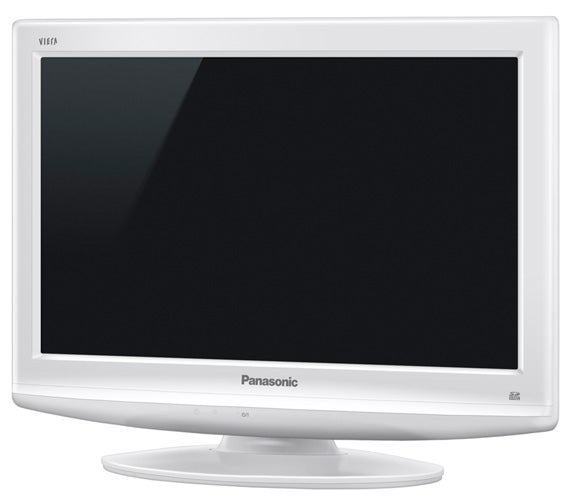 The same Blu-ray shows, too, that the L19X10BW has the inherent sharpness to delineate the difference between standard and high definition material. I guess this isn’t a particularly important feature on such a small screen, but it helps establish the L19X10BW’s picture quality credentials. And anyway, even if a 19in screen might not often find much use for HD video, I can certainly imagine it pumping out PS3 and Xbox 360 games – something which my own testing proved it does very nicely indeed.

The only significant weakness of the L19X10BW’s pictures, in fact, is its susceptibility to LCD’s motion blur problem. Sportsman lose resolution as they belt across the screen, and even small movements, such as changes in facial angles during close-up shots, can suffer smearing.

However, it’s important to stress that these motion problems don’t actually trouble pictures as badly as is common with small TVs, and only really captured my attention because of the high quality of the rest of the image.

The L19X10BW outguns most small rivals with its audio, too. For even though I struggled to actually spot where the TV’s speakers might be hiding, they manage to produce a loud, dynamic and detailed soundstage by small-screen standards. This makes the L19X10BW more able than most portables to fill even quite a large room with sound.

While the L19X10BW might lack the high-spec headline appeal of Panasonic’s big Freesat TVs or ultra-slim, wireless HD Z1 models, it’s actually a very pleasant TV indeed. As such, anyone in search of a little bundle of AV joy for a conservatory, study, kitchen, or kid’s bedroom ignores it at their peril.