For starters, it’s purple. Not glaringly, jarringly purple, but certainly purple enough to make the shiny, double-layered bezel stand out from the crowded shelves of your average home electronics emporium. In fact, shock horror, the L19D28BP is actually a rather attractive thing when slotted onto its neckless little stand – and regular readers will know that ‘attractive’ is not a word we commonly use when describing Panasonic TVs.


Another non-standard thing about the L19D28BP is its price. Look down the list of 19in TV prices at Comet or Dixons, and you’ll find plenty of models listed for comfortably under £200. Yet the best price we could rustle up on the L19D28BP at the time of writing was £373 – more than double the price of some 19in rivals. 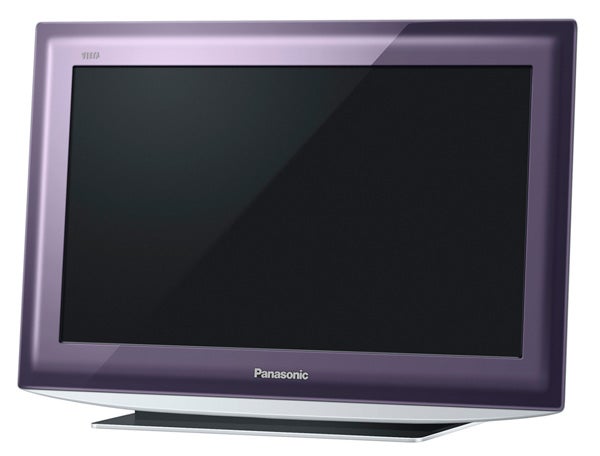 Thankfully, though, the L19D28BP isn’t just expensive for the sake of it. For another thing that helps it be intriguingly different is its backlighting, since while every other sub-20in LCD TV we’ve tested to date has used normal CCFL lighting to illuminate their screens, the L19D28BP uses edge LED lighting. This finds rows of white LEDs ranged along the rear of the top and bottom screen edges, which fire light across the back of the screen that’s deflected out with the help of a light diffusion panel.


We’re not done yet with the L19D28BP’s unusualness (to use one of my favourite awkward words). For also tucked into the top of the TV’s packaging is what looks conspicuously like an iPod docking station. And indeed, that’s exactly what it is. It’s a universal one too – um, except that it doesn’t work with the iPod Shuffle. Nanos, Classics, Touches, and iPhones, though, are all good to go.


The docking station also charges your iThing while it’s slotted on, and allows you to navigate all your stuff via the TV’s remote and onscreen menus. Naturally the TV plays video files as well as audio ones. The system all works very well, with a straightforward interface and decent playback quality so long as you accept that the TV’s little 2 x 3W speakers are hardly going to compete with the sound – especially where bass is concerned – you would get from a decent dedicated iPod audio dock.


If you’re not a paid up member of the Apple universe, there are alternative multimedia courses open to you. For the set carries an SD slot that can play JPEG photos and AVCHD video from SD memory cards. Plus there’s a PC input.

It’s a pity there’s no USB port, perhaps, but then we guess Panasonic could argue that the set already goes further than most in its multimedia efforts. Other sockets on the L19D28BP include two SCARTs (both RGB), two HDMIs, and a digital audio output. Which all looks perfectly acceptable for a 19in TV.


A rather attractive, impressively responsive and mostly well laid out remote control provides a good interface with the L19D28BP’s onscreen menus, and helpfully provides a dedicated button for accessing the iPod dock. The only bum note on the remote is a hard-to-spot main Menu button.


The L19D28BP’s onscreen menus follow precisely the same look and structure as Panasonic’s larger TVs – which means they’re clean and mostly straightforward, if a little bland by today’s icon-driven standards. 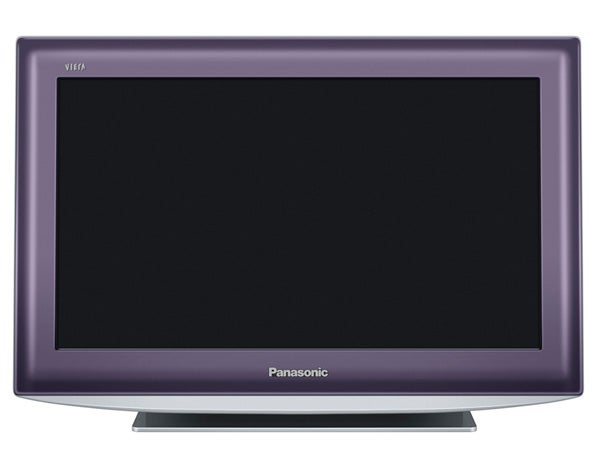 Not surprisingly for such a small TV, the number of features and adjustments contained within its onscreen menus isn’t particularly huge. The only things of vague interest in the picture menu are a few presets, a ‘Vivid Colour’ processor that does what it says on the tin, one of those now near-universal tools for automatically adjusting the picture in response to the light in your room, and a straightforward noise reduction system. There’s no 100Hz or other motion processing, but this is pretty predictable on such a small screen.


HD obsessives might rue the fact, too, that the TV’s resolution is 1,366 x 768 pixels rather than a Full HD 1,920 x 1,080. But we seriously, seriously doubt if you could actually see any difference between these resolutions on a TV that’s just 19in across in its cotton socks.


That said, we weren’t spectacularly impressed by the sharpness with which the L19D28BP reproduces our HD sources. There’s not quite the same sense of crispness and texture that we like to see with HD. This seems at least partly down to some evidence of LCD’s motion blur issue, where moving objects lose resolution as they cross the screen.


Happily we wouldn’t say this loss of resolution is joined by much of the smearing that can occur with small-screen LCD TVs, though. So the picture still looks reasonably natural.


It also enjoys some really good colours by sub-19in standards. We’re now becoming used to edge LED technology producing a wider, more dynamic colour palette than CCFL models, and this trend is even evident on the L19D28BP. Not, perhaps, in the form of the most aggressively bright and vibrant colours we’ve seen on a small screen, but certainly in the form of some of the most natural and subtly blended colours we’ve seen.

Panasonic’s LCD TVs all benefit from something called In-Plane Switching (IPS), designed to deliver a wider effective viewing angle than other LCD TVs. And this is pleasingly borne out during our assessment of the L19D28BP’s colours, as their saturations don’t drop off badly until you get to a significantly wider viewing angle than would normally be the case. This is a really nice feature to find on a TV that might well find itself in a ‘walkabout’ environment like a kitchen or conservatory.


The last advantage of the edge LED lighting exhibited by the L19D28BP concerns its black level response. For this really is exceptional in most respects versus anything seen from the vast majority of other small LCD TVs – bar, perhaps, Sony’s superlative 22in KDL-22E5300. 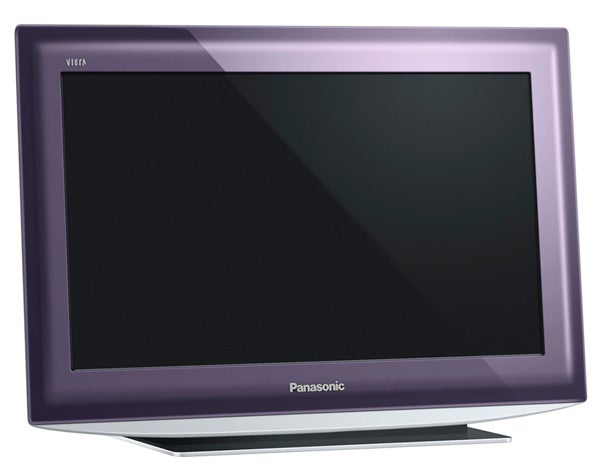 Sure, there’s a little tell-tale greyness over the darkest parts of the picture, and some shadow detail is lost as the screen sacrifices brightness to help it attain its black level prowess. But the greyness is much less pronounced than the cloudy nightmares of most sub-20in TVs, dark pictures still deliver a sense of depth and transparency despite the missing shadow detail, and as with colours, the contrast doesn’t drop off as badly as usual if you have to watch the TV from an angle.


There’s a trace of the backlight inconsistency that’s arguably edge LED’s most consistent shortcoming, but provided you don’t push the brightness or contrast settings too high, this only materialises as a very gentle strip of extra light at the top and bottom extremities of the picture. It only becomes noticeable – and then hardly severely so – in the rare circumstance where the picture has to show something very bright in the middle of a generally dark backdrop.


The L19D28BP’s sound is, predictably, nothing like as impressive as its pictures. Its down-firing speakers can’t produce much in the way of either raw volume or dynamic range. The lack of bass is particularly pronounced – if entirely predictable – the mid-range sounds a bit compressed, and while trebles aren’t harsh, nor are they particularly clear in the mix.


Of course, the same can be said of almost every other small-screen LCD TV too. But the limited audio situation is given added poignancy by the presence of the iPod dock.


While not by any means perfect, the L19D28BP does enough in the looks, features and picture quality department to justify its relative expense versus your average run of the mill 19in TVs. Especially if the iPod dock idea appeals.