Whenever we review a 37in TV from Panasonic, we always find it unusually interesting. Not because we really need to get out more (!), but because this is the only screen size where Panasonic offers both LCD and plasma options. So there’s always the added frisson of trying to figure out which technology is working the best.


We’ve previously looked at and been very impressed by Panasonic’s entry-level 37in plasma set, the TH-37PX80. So it’s fair to say that the gauntlet has well and truly been thrown down for the brand’s cheapest 37in LCD TV, the 37LXD85.


Aesthetically, at least, the 37LXD85 gets off to a good start, looking marginally cuter than the 37PX80 on account of its tasteful metallic arc sweeping along the TV’s bottom edge. The plasma model is rather monotone by comparison.


In connection terms I could find nothing to tell the two TVs apart. Which is no bad thing, as they’re both pretty well stocked. Heading things up are three HDMIs, all able to take 1080p/24 feeds from Blu-ray players; an SD card slot for playback of JPEG stills; a couple of SCARTs; and a D-Sub PC port. 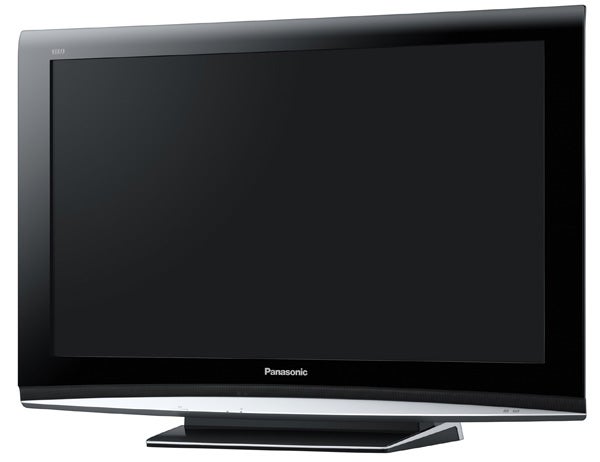 As with the 37PX80, though, the 37LXD85’s HDMI sockets aren’t fully up to HDMI v1.3 spec, since they can’t take in the x.v.Colour picture format. Just as well, then, that this format remains rather elusive in the AV world.


Looking at other key 37LXD85 specifications, there are a couple of potentially significant differences between it and its plasma sibling. For starters, its claimed contrast ratio is ‘only’ 10,000:1 vs the 37PX80’s 15,000:1. What’s more, the 37LXD85’s maximum contrast ratio is only achieved courtesy of a dynamic backlight arrangement whereby the image’s brightness is reduced during dark scenes to improve black level response. The 37PX80’s contrast, on the other hand, is a ‘native’ one, requiring no reduction in brightness during dark scenes.


The 37LXD85 does have the edge on resolution, though, with 1,366 x 768 pixels versus the 37PX80’s 1,024 x 720. However, this advantage isn’t necessarily as clear cut as it first appears. For in both cases images will have to be rescaled to fit the screen (introducing potential video noise) during both standard and high definition viewing. And while the plasma’s resolution seems ‘squarer’ in aspect ratio terms than the full 16:9 ratio of the 37LXD85, Panasonic actually stretches its plasma pixels horizontally to give itself greater flexibility when it comes to balancing the red, green and blue colour components. The result is a supposedly more natural, video-friendly palette.

Getting back to similarities between Panny’s entry-level LCD and plasma 37in models, the 37LXD85 joins its plasma stablemate in having 100Hz processing. However, the purpose of the LCD model’s 100Hz is slightly different. For where the plasma 100Hz system reduces flicker, the LCD one is most notable for reducing LCD technology’s problems with motion blur.


Other features tucked away within the 37LXD85’s superbly well organised onscreen menus, meanwhile, include a noise reduction tool, a colour management tool that tries to automatically optimise colour settings based on a continual assessment of the incoming video signal, a virtual surround mode (complete with the facility to tell the TV how far your speakers are from your wall), and the option to deactivate all overscanning. However, this ‘no overscan’ feature seems a bit pointless given that the UK doesn’t have any 1,366 x 768 sources, only 1,920 x 1,080 ones. 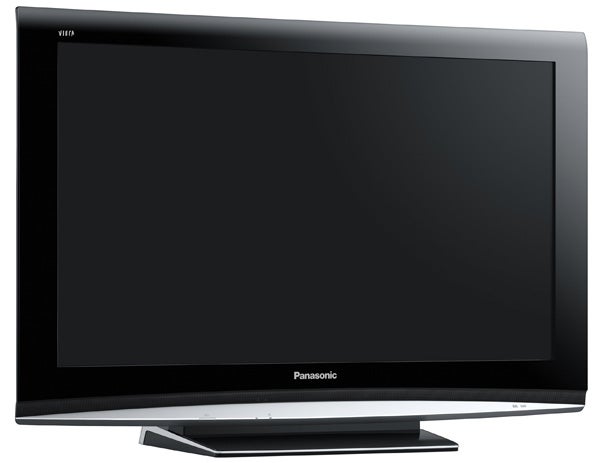 Put to work on the excellent recent Blu-ray release of ”Sweeney Todd: The Demon Barber of Fleet Street”, the 37LXD85 proves impressive versus many of its LCD rivals. But at the same time it falls short of its plasma sibling.


Arguably the picture’s greatest strength is its sharpness and clarity. For starters, the 100Hz system does a terrific job of reducing LCD’s customary motion blur problem, ensuring that the film’s frequent moments of surprisingly bloody and kinetic violence are rendered all too clearly. Plus you can see all those tell-tale signs of a class HD act such as pores on faces and the weave in clothing – even though the screen isn’t full HD in nature.


The 37LXD85 scores over many LCD rivals with its colours too, which avoid the retina-singeing richness of some brasher sets in favour of credible tones. What’s more, colour blends are free of striping, and rich saturations avoid fizzing noise.


Actually, noise of any sort is superbly suppressed by the V-Real 3 processing, even during standard definition viewing, leaving you feeling like you’re looking straight through a window at a world on the other side of your TV. The lack of obvious scaling noise also made me feel the need for a Full HD pixel count less than I would have anticipated.

All is not perfect, however. For during dark scenes the 37LXD85 suffers a little with a familiar LCD problem: slightly washed out black levels. As ”Sweeney Todd” arrives at night on a boat at the start of the film, for instance, the blackness of his clothing, hair and the general city backdrop all look slightly greyed over and short of shadow detailing. What’s more, I also detected one or two slight flickers in the picture, usually following edits in the film, which I suspect might be down to the machinations of the 37LXD85’s dynamic contrast system.

To be fair, these black level and dynamic contrast issues aren’t at all bad versus many LCD rivals. Indeed, the general performance level is rather good. But set against the superb black level response and stability of the 37PX80, the 37LXD85’s problems simply can’t be ignored.


Sonically the 37LXD85 is a decent enough effort. Certainly there’s more bass and clarity than we’ve heard on previous generations of Panasonic’s entry-level flat TVs. But oddly I didn’t feel that the soundstage the 37LXD85 created was quite as engaging as that of its smaller, 32in 32LXD85 sibling – possibly simply because it doesn’t seem to have increased in scale to match the bigger screen size, and thus can sound a little too small to partner the 37in pictures.


There’s no doubt whatsoever that the 37LXD85 is a likeable, even good LCD TV. But with no Full HD resolution to push its cause, it suffers in comparison with Panasonic’s own entry-level 37in plasma offering, the TH-37PX80. Especially when you think that this plasma model can now be found online for as much as £150 less than the 37LXD85’s £725 asking price.