A month or so ago we saw Panasonic’s new range of LCD TVs get off to a very likeable start in the 32in shape of the TX-32LZD80. But, while undoubtedly very good, this TV was still from the relatively lower reaches of the new range, making us wonder just what glories we might expect from TVs higher up the Panasonic tree. Well, now we’re about to find out. For before us today is the 32LZD80’s costlier, better specified brother, the 32LZD85.


Probably the best place to start is to pick out things that distinguish the 32LZD85 from its cheaper stablemate. Basically all the main differences lie in the area of image processing, with the single most significant addition for the 32LZD85 being 100Hz. Designed to increase the sharpness, detailing and fluidity of motion, we’ve previously seen Panasonic double the usual PAL refresh rate to 100Hz to great effect, so hopefully the 32LZD85 will continue the trend. 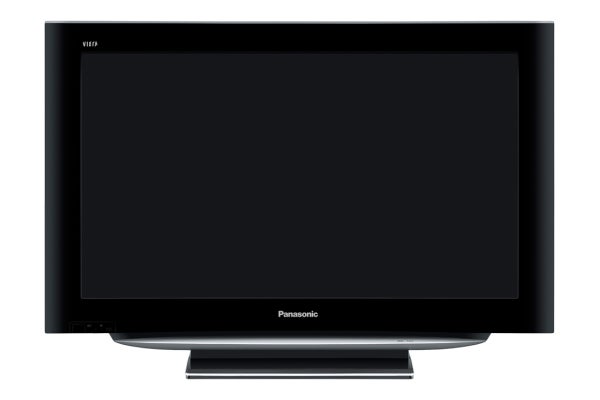 Especially since this latest 100Hz incarnation is aided and abetted by both a new Motion Focus system, and a special processing algorithm targeted at getting the maximum performance quality out of Blu-ray’s 1080p/24fps format.


Aesthetically the 32LZD85 is very similar to the 32LZD80, looking decently funky compared to Panasonic’s sometimes slightly dry design efforts thanks to its combination of a curvaceous gloss-black bezel and bright silver (versus a darker grey on the 32LZD80) arced ‘lip’ along the bottom edge.


Connectivity is exactly the same as the 32LZD80, which means the main highlight is the provision of three HDMIs, all built to the v1.3 standard and all able to take both Deep Colour signals and the 1080p/24 signals we mentioned earlier.


Other handy stuff includes an SD card slot for the direct viewing of photographs taken on a digital camera, a dedicated D-SUB PC input and a digital audio output.

Another key area of similarity between the 32LZD80 and 85 models is their use of Panasonic’s latest ‘V-Real’ image processing engine. V-Real 3 refines still further the already impressive previous two generations of V-Real technology, with its focus on boosting colours, contrast, fine detailing and noise suppression.


The 32LZD85 also marries up with the 32LZD80 when it comes to those key screen specifications of resolution and contrast. And so we find a Full HD resolution of 1,920 x 1,080 (this is still relatively rare in the 32in world) and an eye-catchingly high contrast ratio of 10,000:1.


This contrast ratio is not, of course, a ‘native’ one, but relies instead on a dynamic backlight arrangement – driven by part of the V-Real 3 processing engine – that dims the screen’s brightness during dark scenes to make black levels deeper and richer. Black levels have for my money been a slight weakness of some previous Panasonic LCDs, but the sophistication of the V-Real 3 engine seems such that we’ll hold out hope that it does the business today. 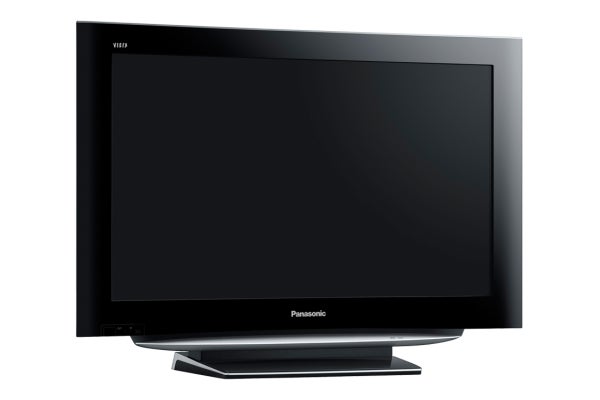 So, does the addition of 100Hz and Motion Focus technologies really have much of an impact on the 32LZD85’s picture quality? Actually it does. A big impact.


As you’d expect, motion looks much better. As I pan around another bizarrely bland industrial environment on my Xbox 360 version of Rainbow Six Vegas 2, for instance, the edges of the buildings scan by with scarcely a trace of smearing. What’s more, the faces of any enemies who happen to be in view retain practically all their sharpness and detailing. Or as much detailing as the game’s slightly dated-looking graphics contain, at any rate.


In other words, thanks to the 32LZD85’s various image processing technologies, pretty much every trace of LCD’s customary problems handling motion is removed. What’s more, this is achieved without causing any significant amount of unwanted image artefacts, and without ‘overcooking’ the motion-smoothing effect to the nauseatingly OTT extent seen with, say, Sharp’s first 100Hz LCDs. In other words, the 32LZD85’s pictures always look natural.

While we might have expected at least some of the mentioned strengths to have come about from the introduction of 100Hz to the 32LZD85’s pictures, though, it also appears to introduce a few unexpected further improvements, too. Colours, for instance, look slightly richer and more ‘solid’ and standard definition pictures ‘upscale’ to the screen’s Full HD resolution more successfully.


Then there’s the 32LZD85’s impeccable sharpness and detailing, which seems notably increased over the 32LZD80 – presumably thanks to the lack on the 32LZD85 of the cheaper screen’s gentle smearing problems.


The 32LZD85’s pictures are so clear, in fact, that we really do believe you can appreciate the benefits of the TV’s Full HD resolution – smoother colour blends, more fine detail, less video noise – when watching 1080-line HD sources despite the screen’s relatively small 32in size. 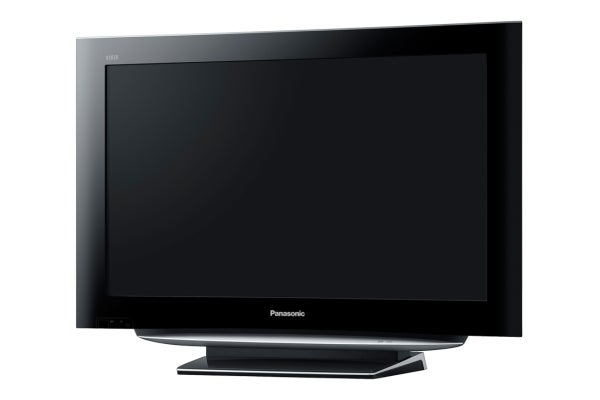 Perhaps the most puzzling apparent improvement of all, though, is to the 32LZD85’s black levels. For dark scenes really do seem less troubled by the common LCD ‘clouding’ problem than they do on the 32LZD80, even though there’s nothing obvious in the 32LZD85’s processing that might suggest why this is so. Our best guess is that the extra vibrancy of the colours somehow makes the dark bits look darker. But as I say, that’s just a guess, and a very uneducated one at that!


Really the only tiny negative point I could see about the 32LZD85’s pictures, in fact, is an occasional flicker over one or two particularly high contrast edges – especially during camera pans. But if this is the only price that needs to be paid for all the good things 100Hz brings to the table, it’s a bargain! And, when you can rely upon more power, clarity and range from its speakers than is common among the 32in LCD fraternity, there’s even more reason for cheer.


Panasonic’s 32LZD85 delivers on the great promise of the 32LZD80, making it easily the company’s best LCD TV yet. In fact, the only rival set we’ve seen that even gives it a run for its money is the sublime Philips 32PFL9632D. Fingers crossed Panasonic can carry the same quality over to the upcoming 37in version. Watch this space…