Right then. It’s Christmas, we’ve had a long, hard six months of reviewing TVs for you – it IS a tough job, honest – and we think we’ve earned the right to spoil ourselves a bit for this last TV review of 2006. Cue the delivery to our eager door of Panasonic’s new 65in plasma TV: the Viera TH-65PX600.


If this new screen successfully combines its sheer enormity with Panasonic’s traditional plasma talents, it could revolutionise our gaming and TV viewing experience this Christmas. Even the Queen’s Speech might become watchable, for heaven’s sake!


The 65PX600 starts well by doing its best to appear as unobtrusive as a 65in screen is ever likely to. The screen frame has been kept reasonably trim, and the gloss black finish feels solid, luxurious but subtle rather than flimsy, garish and distracting.

Things get even better with the set’s connections, as we uncover not one, not two, but three HDMI inputs. This shows a real dedication to the high-end home cinema cause, allowing you to simultaneously attach, say, an HD DVD player, a Sky HD receiver, and a PS3. 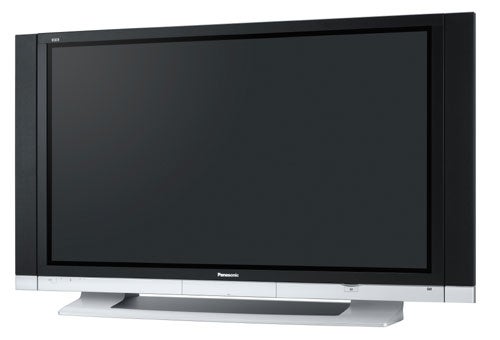 Panny hasn’t skimped on other jacks either. A D-Sub input provides analogue PC support; a component jack permits connection of analogue progressive scan and HD sources like the Xbox 360; there are three Scarts; and you even get an SD card slot for direct viewing of JPEGs from SD cameras. One final jack worthy of note is a Common Interface slot, which is used for adding subscription services to what’s clearly a built-in Freeview TV tuner.


Reinforcing the 65PX600’s ‘serious’ AV credentials further is its affinity for 1080p. For starters, the version of Panasonic’s Viera V-Real engine it carries has been specially modified to upscale any signals it receives into 1080p HD for showing on the screen. Potentially even more significantly, though, its HDMIs are all capable of receiving native 1080p feeds from HD DVD/Blu-ray/upscaling DVD players.

Of course, all this 1080 talk would only get you so far if the screen only had a 1,366 x 768 native resolution, like most plasma TVs. But we’re chuffed to discover that the 65PX600 is actually Panasonic’s first ‘full HD’, 1,920 x 1,080-resolution plasma TV. So all those lovely 1080p signals don’t have to be downscaled again before the TV shows them. Marvellous!


As Pioneer discovered with its 50in PDP-5000EX, fitting 1,920 x 1,080 plasma cells into a screen is far from easy. So it’s no surprise to discover that Panasonic has had to develop a completely new microcell discharge stabilisation technology and a faster driving system to make its new full HD 65incher work. 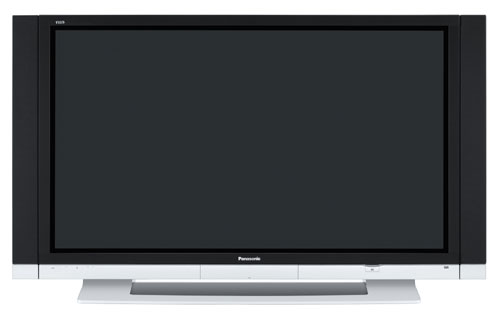 Elsewhere, the V-Real processing we mentioned earlier is doing rather more than just upconverting incoming signals. It’s also working its usual magic on a plethora of image elements, including colour saturations and tones, contrast and motion. It’s aided and abetted, furthermore, by the latest incarnation of Panasonic’s near-legendary Real Black Drive system for boosting black levels; an unusually sophisticated user-adjustable colour management system; and something called Motion Pattern Noise Reduction, which apparently detects areas of a picture that could cause noise, and addresses them before any noise can appear. This preventative approach, reckons Panasonic, is a much more effective way of dealing with noise than just smoothing it out retrospectively.


And so to the moment of truth. Have the technical demands of the Full HD resolution forced Panasonic to compromise on its usual plasma qualities for the 65PX600? Not a bit of it.


Focussing first on what’s familiar from Panasonic heroes gone by, black levels are simply outstanding, with their sheer depth and the level of subtle shadow detailing they retain providing a salutary reminder of how LCD struggles to match plasma in this key picture area. Dark films like Alien and dark HD games like Gears of War all benefit immensely from the sense of depth and scale this black level prowess permits.

It’s also striking to see that the 65PX600’s pictures benefit from Panasonic’s familiar freedom from those still common plasma woes of dithering over horizontal motion, striping of colour blends and grey dot noise in dark areas. In fact, with HD material noise of pretty much all sorts is superbly suppressed – provided, at least, you avoid the stupidly OTT Dynamic picture preset option.


The 65PX600’s colours are also exemplary, combining rich saturations with the sort of tonal range and naturalism that’s seldom seen on any flat TV, never mind one as big as this. The true extent of this colour talent is especially evident in the tricky fleshtones of the Mines of Moria sequence of The Fellowship of the Ring. 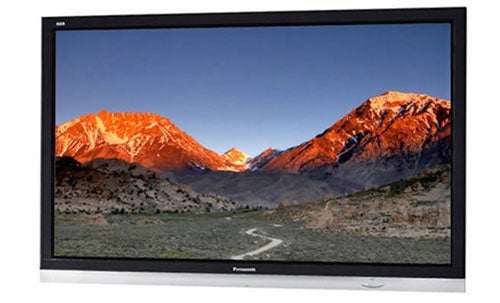 The TV’s other strengths all have a connection, it seems to us, with its native full HD pixel count. Whenever we’ve got a 1,920 x 1,080 TV there are essentially three critical elements where we expect HD material to look better than it would on a 1,366 x 768 or 1,024 x 768 plasma. First, there should be more fine detail. Second, there should be more subtlety in colour blends thanks to the extra pixel density. And third, there should be more ‘snap’ and clarity to the picture on account of there being less – or even no – rescaling of an HD source to fit the screen’s pixels. And we’re happy to say the 65PX600 clearly delivers all three of these full HD benefits in quite spectacular fashion. In fact, we’d argue that its sheer enormity helps it give the finest demonstration yet of the ‘full HD’ advantage in action.


We’re not talking absolute perfection, mind. For instance, the picture isn’t especially bright, meaning you’ll only get the best out of it in a fairly darkened room. Also, despite the best efforts of the V-Real processing, standard definition sources sometimes look slightly grubby. But this is arguably inevitable when blowing standard def up to 65in.


The final, most surprising weakness concerns the speakers, which aren’t nearly as powerful and expansive as those of Panasonic’s smaller PX600 models. But then surely anyone spending north of £6k on such a monster TV will have some sort of surround sound speaker system to accompany it.


Provided you do the sensible thing and feed the 65PX600 a diet of high definition as often as you can, it’s a simply imperious performer – without doubt the finest screen above 50in we’ve ever seen. In fact, if we were really crap writers we might even conclude that it’s a real ‘Christmas cracker’. Good job our journalistic standards are rather higher than that…