Panasonic is probably as surprised as we are that it is still the only manufacturer selling 42in plasma TVs with Full HD resolutions. But then it is, after all, apparently hugely difficult to make stable plasma cells (or pixels) small enough to fit 1,920 x 1,080 of them into the screen acreage afforded by a 42in TV. So we guess other brands either just haven’t cracked the miniaturisation problems yet, or else they’ve decided it’s easier to stick with LCD technology for their Full HD 42in screens.


Whatever the reason, its exclusivity certainly puts Panasonic’s new Full HD 42PZ80 in the buying sights of the still-strong plasma fanbase. Let’s just hope the lack of competition hasn’t led to any complacency… 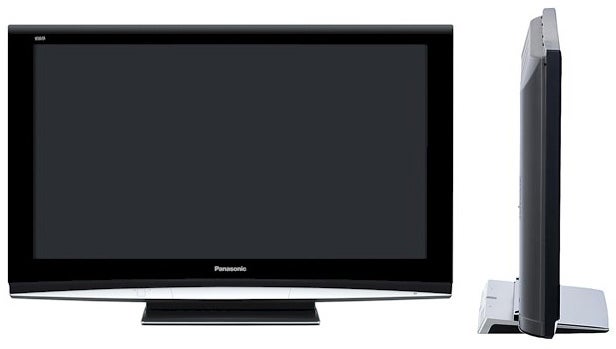 Design-wise, the 42PZ80 follows the same appealing aesthetic as most of the other sets in Panasonic’s current range. Which is to say it boasts a chunky gloss black bezel offset neatly by a stretched diamond of silvery finish along the bottom. I’m not quite as much of a fan of this design as Riyad is, but it’s certainly a million miles from ugly.


Turning to the TV’s connectivity, we find three HDMIs (v1.3 with Deep Color compatibility), the de rigueur component video input, a digital audio output, a D-Sub PC input, and an SD card slot for the direct playback of digital photographs. 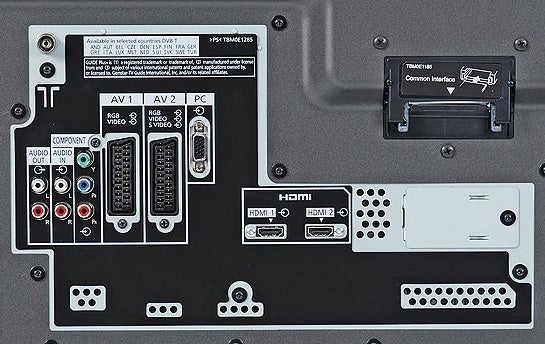 In terms of specifications beyond the eye-catching 1,920 x 1,080 resolution, the star of the show in my eyes is a claimed contrast ratio of 30,000:1. This promises black levels of truly prodigious, movie-loving depth and naturalism – especially as it’s a ‘native’ figure not dependent on any brightness-reducing shenanigans of the sort employed by LCD screens to deliver their claimed contrast ratios.


People trying to decide between 42in LCD and plasma models might also like to note that the 42PZ80’s workable viewing angle is far greater than that of practically any LCD TV, while its response time is next to zero, meaning there should be no major problems with the sort of motion blurring that afflicts most LCD TVs to some extent. 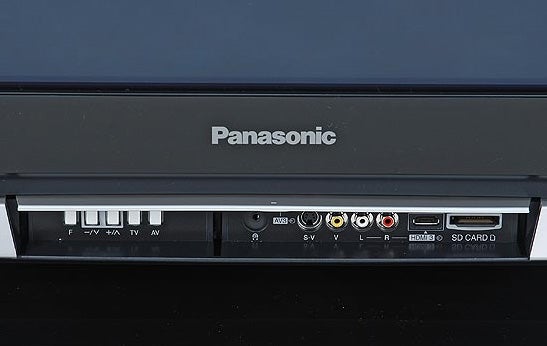 
With HD sources, the 42PZ80 is a chip off the old Panasonic block. Which is, of course, a good thing. A very good thing, in fact.

Starting with Coen Brothers classic ”Raising Arizona”, recorded in HD from Sky a week or two back, the 42PZ80 puts barely a foot wrong.


For instance, the set’s Full HD resolution is spectacularly evident in both the extreme amount of fine detail visible in the picture, and the pretty much total absence of any of the video noise types – grain, softness, colour leakage/striping etc – that can occur with screens that have to ‘rescale’ 1,920 x 1,080 sources like the ”Raising Arizona” broadcast to a lower native resolution. 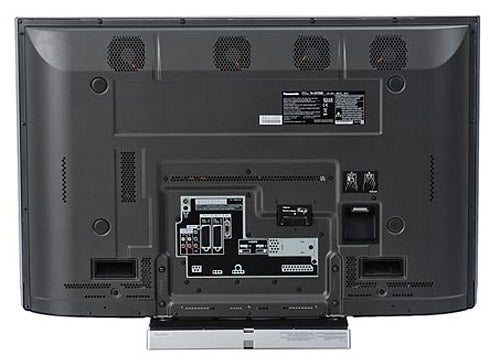 Inevitably, given the Panasonic branding, the 42PZ80 also excels in the black level department. As H.I. leaves the scene of one of his convenience store raids at night during ”Raising Arizona’s” lengthy prologue, the night sky behind him looks absolutely pitch black, with no sign whatever of the grey cloudiness we still associate with flat TV technologies – especially LCD-based ones.


The tone of the blackness is commendable too, since there’s only the tiniest trace of the blue or green undertoning that can affect many flat TVs, including plasma ones. 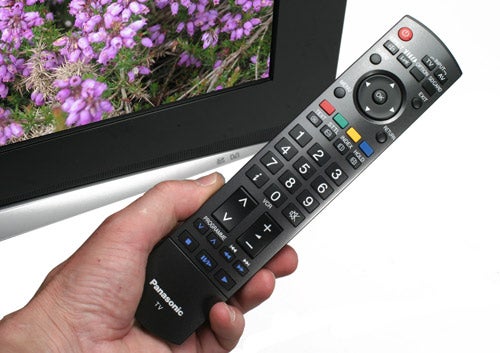 Turning next to the 42PZ80’s colours, they enjoy a delicacy and authenticity of tone with our HD ”Raising Arizona” source that’s a pleasure to behold – provided, at least, you use the Cinema picture preset rather than the monstrous ‘Dynamic’ default. The cartoonish richness of H.I.’s Hawaiian shirts looks terrifically vibrant, but the deliberately dated and bland look of the Arizona family’s home décor and ‘unpainted’ furnishings is also rendered perfectly, along with the film’s various, always very naturally lit skin tones.


Some may feel that the 42PZ80’s colours aren’t quite as aggressive as those of many LCD TVs, especially when playing console games from a PS3 or Xbox 360. But the reality is that what they perhaps lack in vigour they more than make up for in subtlety.


Really, the only negative point I could spot during our HD tests was some judder and blur during rapid camera pans, making me wish the 42PZ80 had the Intelligent Frame Creation processing found on the PZ85 sets further up Panasonic’s current range.

Turning to the 42PZ80’s standard definition performance, I must confess I was a bit worried after the slightly underwhelming standard def situation found with Panasonic’s 50in 50PZ800 last week. And indeed, one or two of the issues I found with that TV do exist here, too.


Black levels, for instance, strangely fail to look as profound or natural (thanks to a green undertone) as they do with HD fare, and colours look slightly less ‘real world’, especially where a standard def source is of a particularly low quality. 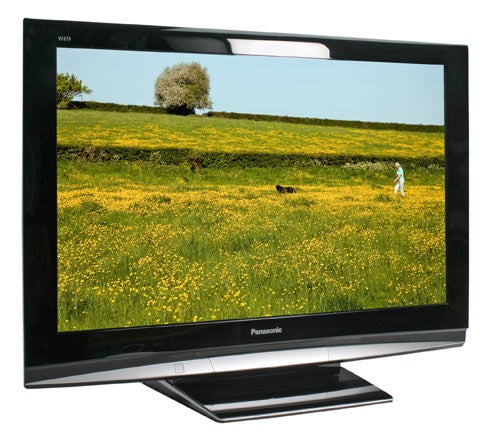 However, I wasn’t as troubled by scaling noise as I was with the 50PZ800. This may simply be a result of the smaller screen not making noise so in-your-face, or it could be that the 42PZ80’s slightly simpler picture processing engine actually helps rescaled pictures look cleaner. But whatever the reason, it’s a likeable and appreciated fact that means the 42PZ80’s standard definition pictures still compare favourably to those of many Full HD LCD TVs.


In addition, I should point out the high quality of the 42PZ80’s sound. This TV doesn’t employ the truly outstanding Advanced Smart Sound system of Panasonic’s PZ800 models, with their separated tweeters and woofers, but the more straightforward speakers it does carry still produce impressive volume levels and a solid dynamic range without succumbing to distortion or becoming muddied and thin.


Although there’s a little room for improvement with the 42PZ80’s standard definition performance, the TV still represents outstanding value for a Full HD 42in screen – especially as it’s such a stunner with HD sources.