Is Panasonic’s replacement for plasma enough?

At this year’s CES Panasonic made one hell of a claim. Namely that the new flagship LCD model in its 2014 LCD range would better the performance of its best plasma TVs – including the spectacular P60ZT65.

Now, at the Panasonic Convention in Amsterdam, we can put a name to
this startling new LCD technology: the AX900 series. Available in 65 and
85-inch versions, the UHD/4K AX900 TVs will use a combination of direct
LED backlighting, local dimming across 128 different LED ‘zones’, and a
new panel design using Panasonic’s Studio Master Color technology to
deliver what Panasonic claims is a plasma-beating colour performance.

Panasonic was daring enough to show a new L65AX900 vs P60ZT65 head-to-head to underline its point. This time, though, it was using different content to the comparison I saw at the CES back in January, delivering some interesting new results. Panasonic also revealed a great deal more about the other features of its flagship TV for the year. 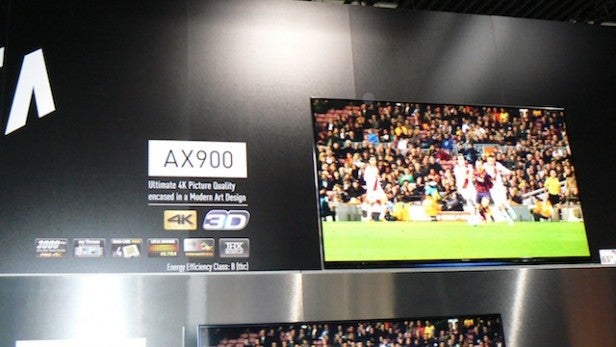 The first thing to catch our eye, though, was the 65AX900’s ‘Modern Art’ design. This is striking to say the least, thanks predominantly to a combination of a slight (three degree) backward tilt and a full-width bar-style stand that extends just a couple of inches below the screen’s bottom edge.

Panasonic claims that the low-sitting, gently leaning and metallic-finished design should integrate better with contemporary furniture and living room styles – which translates, so far as I can tell, into the idea that the TVs look nice without making too overbearing an impact on your room. 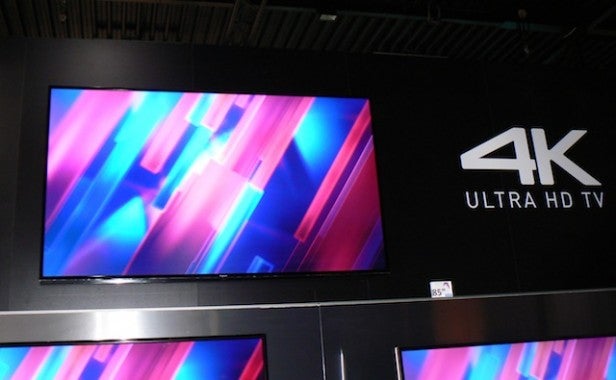 The screen technology inside the L65AX900 really does look exciting. Any set that uses direct LED lighting with local dimming, especially when that local dimming employs 128 separate dimming zones, gets our AV juices flowing.

But the L65AX900 backs this up with a huge ‘3000Hz Back Light Scanning’ motion control claim (comfortably the highest such figure we’ve seen), THX certification, and a super-powered 4K iteration of Panasonic’s new LCD-based Studio Master Drive technology for delivering a much wider (plasma-matching) colour gamut. 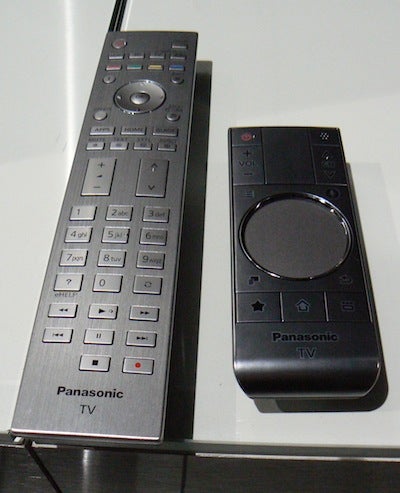 Also playing a key role in the AX900’s supposedly ground-breaking picture quality is a Quad-Core processor, which will enable the TV to handle way more picture processing calculations – including control of the local dimming system – in real-time than the dual-core models below it.

The L65AX900 has some impressive-looking innovations to its name beyond its picture quality, too. Particularly brilliant is TV Anywhere, which enables you to stream live or USB-recorded content via the cloud from your TV at home to your smart phone or tablet computer anywhere in the world. The system will even work if there’s no Wi-Fi network where you are; all you need is a good 3G or decent 4G data connection.

Then there’s Freetime. Exclusive to UK territories, as with dedicated YouView boxes Freetime on the L65AX900 will let you access on-demand programming from the past seven days from all the key TV channels, using a simple backward scrolling electronic programme guide.

This appears to make the AX900s – and the other Freetime TVs in Panasonic’s new range – the most comprehensive integrated catch-up TV solutions available in 2014. Especially as in the AX900 series’ case the Freetime service covers both the Freesat and Freeview platforms.

Panasonic has an intriguing solution to the growing issue of how to manage and find content on a TV too. Its new My Stream interface aggregates upcoming, on-demand, recorded and live content it thinks you’ll be interested in (based on analysis of your viewing habits) and presents the results as a scrollable row of high-res image tiles. On the AX900 models these tiles should all feature full motion video clips for the ultimate next-gen effect. 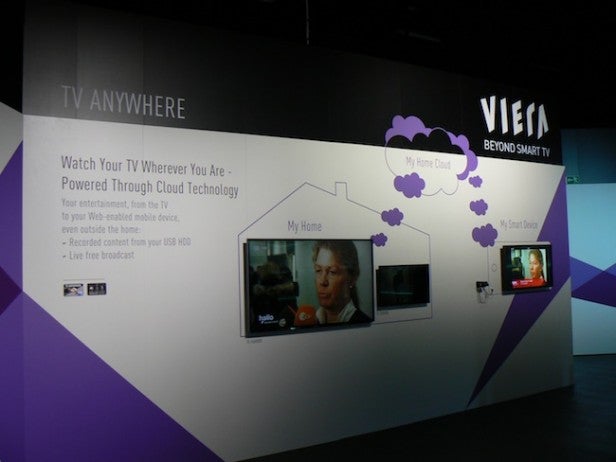 To wrap up this early look at a set that’s actually not due to launch in the UK until the autumn, let’s head into the latest head to head shoot out between the L65AX900 and last year’s brilliant P60ZT65. First impressions with the new content – predominantly built around a series of specially shot, relatively static images designed to emphasise the L65AX900’s black level response rather than the actual animated film footage used for most of the previous CES demo – are strong.

Colours look remarkably good, combining incredibly subtle, ZT65-beating colour blends with levels of vibrancy no Panasonic plasma has ever mustered. This helps tones pop off the screen and the image’s dynamic range looks more extended than that of the plasma set.

The 4K resolution of the L65AX900 also helps it produce images with a clear detail and sharpness advantage over the merely full HD plasma set – a fact which even holds good when there’s motion in the footage, as the incredibly potent motion processing engine removes all of LCD’s traditional issues with motion blur and judder. 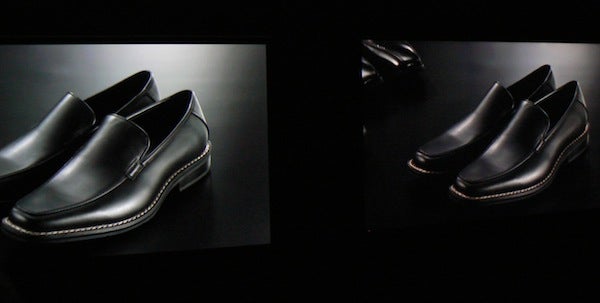 Black levels too look stunningly deep on the new LCD – and yes, at their deepest they actually do go beyond the black level of even the mighty ZT65 model. There’s no sign on the AX900 of the gentle green dot noise you can get with the ZT65 if you try and run it too brightly.

Panasonic’s focus on relatively static black level demo material did, though, generate some evidence of backlight haloing – a slight glowing mist – in the blackness around the brightest parts of the picture.

However, as well as suspecting that Panasonic was running the L65AX900 demo unit’s local dimming feature on its most (over) aggressive level for the presentation, it’s also worth remembering that there are still many months of engineering time available before the set is due to launch.