In our review of Panasonic’s 32LZD80 last week, we said we were looking forwards to getting our hands on one of the brand’s new plasma TVs. Well, we didn’t expect that moment to arrive quite so soon as it has. But as we place the 37in TH-37PX80B plasma model carefully onto our test benches, we’re certainly not complaining.


Considering that it’s relatively affordable by flat TV standards, the first thing to note about the 37PX80B is that it feels surprisingly robust and substantial – even though its bezel is actually unusually slender compared with Panasonic plasmas of the past.


It’s nice to find, too, that the TV helpfully sports three HDMI inputs that can all receive the trendy 1080p/24 fps HD format currently enjoying so much popularity since it became the de facto standard for mastering films on to Blu-ray discs. Please note, though, that the HDMIs are v1.2 in nature, and so can’t cope with the Deep Colour format now viewable via new JVC and Panasonic camcorders. 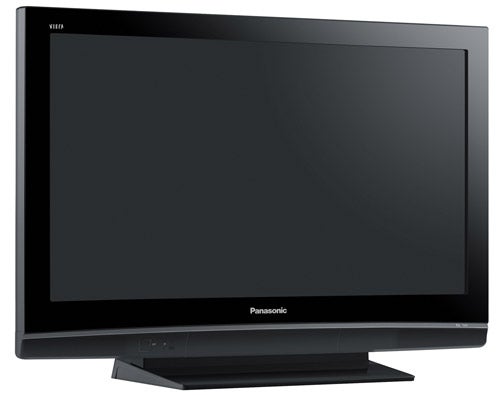 Other notable connections include a component video input for analogue progressive scan and HD sources, a dedicated PC input and unusually, considering the 37PX80 is actually Panasonic’s new entry-level plasma, a built-in SD card slot that you can use to play digital photos directly onto the TV’s screen.


One thing that does live down to expectation, given that the set resides toward the bottom of Panasonic’s new range, is its native resolution. At 1,024 x 720 it’s only an HD Ready model rather than a full HD one. Mind you, since no manufacturer has yet managed to fit 1,920 x 1,080 plasma cells into a screen as small as 37in, we guess it wouldn’t have been fair to expect full HD on the 37PX80B even if it had been a flagship model.


The set’s claimed contrast ratio is up a little from Panasonic’s previous plasma range, peaking now at a figure of 15,000:1. This bodes well for a continuation of the near-legendary black level prowess that has served Panasonic so well with plasma technology over the years. That said, we should add that the 15,000:1 figure pales rather when compared to the one million to one figure being bandied around for Panasonic’s flagship PZ85 plasma range, due to launch in the not too distant future.

The two most potentially significant advances of the 37PX80B in picture terms over its 37PX70 predecessor are the step up from V-Real 2 to V-Real 3 image processing, and the unexpected inclusion of 100Hz.


When it comes to V-Real 3, refinements have been made in particular to the image engine’s noise handling, colour toning and motion control. And as you’d anticipate, the 100Hz system is included to reduce the potential for image flicker that some people’s eyes seem preternaturally determined to spot.


It has to be said that aside from these two key features, the 37PX80B isn’t exactly over-burdened with other adjustments. Really the only three of note in the TV’s menus are a noise reduction circuit, a colour management system, and the facility to remove all overscanning from the picture you’re watching if doing so doesn’t produce unpleasant noise around the picture’s outside edges. 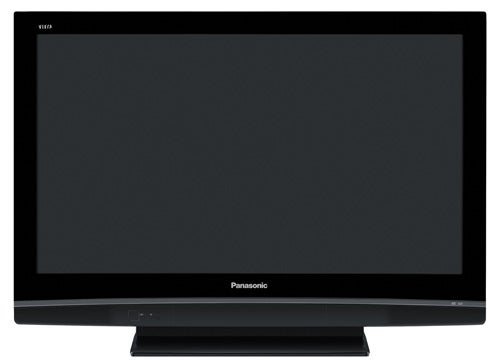 With little else to detain us, then, we might as well dive straight into the 37PX80B’s picture quality to see if Panny’s new plasmas will prove slightly more successful than its first new LCD model.


For the most part, the 37PX80B’s picture quality is every bit as outstanding as we’ve come to expect from Panasonic’s plasma division. Leading the procession of good points, predictably, is the set’s black level response, which probably comes in second only to those of Pioneer’s KURO TVs in terms of sheer depth and the amount of low-level shadow detailing the set manages to cling onto.


Indeed, the black level response seems slightly deeper and black colours slightly more natural than on last year’s 37PX70, showing that Panasonic is still managing to eke out a little bit more from an area of picture quality that it’s always been exceptionally good at.


Another more defined leap ahead from Panny’s previous generation can be seen in the 37PX80B’s sharpness, which does as much justice to the extraordinary clarity of last weekend’s stunning world HD premiere of ”Zulu” on Sky HD as you could ever expect from an HD Ready (as opposed to a full HD) TV. Clearly the new V-Real 3 processing engine has achieved some particularly noteworthy improvements in the detail resolution department.


V-Real 3’s strengths can also be seen in the 37PX80B’s unusually accomplished standard definition performance, as PAL sources are scaled up to the screen’s HD Ready resolution with relatively little MPEG noise.

Yet further improvement from Panny’s previous generation can be seen in the 37PX80B’s motion handling. There’s not a trace of plasma’s once-common dotting noise over moving objects, even during a scene as fast-paced as the Free Running sequence near the start of ”Casino Royale” on Blu-ray. And it seemed to my eyes, too, that there’s noticeably less judder than before, especially during camera pans – either because of V-Real 3 or, perhaps, the 100Hz system.


Talking of 100Hz, the advantages of this can be seen in the way detailed parts of the picture no longer ‘glimmer’ slightly during camera pans. And we’re pleased to say that this 100Hz benefit has been accomplished without generating any unwanted side effects from the 100Hz processing engine. 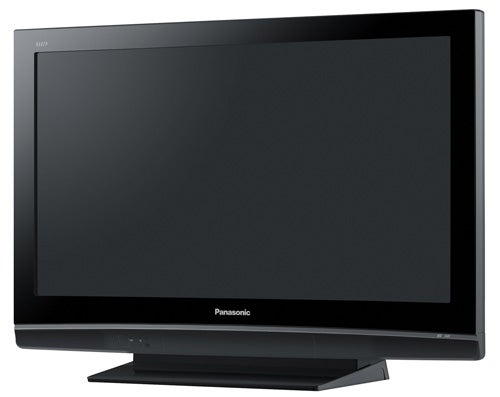 The near-perfection of Pioneer’s KURO screens does highlight room for further improvement still in a couple of the 37PX80B’s picture quality areas. First up, colours aren’t quite as vibrant or consistently natural in tone as they might be, with skin tones sometimes displaying a marginally orange tone. And second, it doesn’t scale standard definition images quite as well as Pioneer’s KURO processing.


Plus it should be said that HD images don’t look quite as clean and stable on this HD Ready set as they would on a good full HD set. But this is arguably inevitable, and since there are no 37in full HD plasmas to consider as an alternative, it’s not a point really worth labouring. Especially given that the 37PX80B is so affordable, and that its HD pictures are still superior to those of the vast majority of HD Ready flat TVs and even full HD TVs..


Turning to the 37PX80B’s sound, it again shows a marked improvement over low-end Panny plasmas of the past, with noticeably more power, slightly more dynamic range, and less of a tendency to distort when the going gets tough. There’s still a tendency for the TV to overload the mid-range as a result of not having enough bass extension to separate things out more, but this only reveals itself during particularly hefty film action sequences.


If you can take your LCD blinkers off for a minute, you’ll find that the Panasonic 37PX80B is a startlingly good plasma TV for what is, in the circumstances, a crackingly competitive price.