The SC-PMX5 is Panasonic’s hi-fi equivalent of the SC-BTT590, a high-end stereo micro system that aims to deliver the best-possible sound quality using the company’s latest audio innovations. It features a CD player, built-in iPod dock and USB input, with a DAB/FM radio tuner thrown in for good measure.

Panasonic has paid particular attention to the design of the SC-PMX5, not only in terms of construction but also the external styling. The main unit sports an eye-catching brushed aluminium finish on the front panel, peppered by unobtrusive buttons, silver dials and a groove running across the middle that makes it look like two tiers. The shape of the unit isn’t particularly daring – it’s essentially just a silver box – yet it’s undeniably easy on the eye and boasts sturdy build quality, aided by a four-part metal casing designed to reduce vibration. 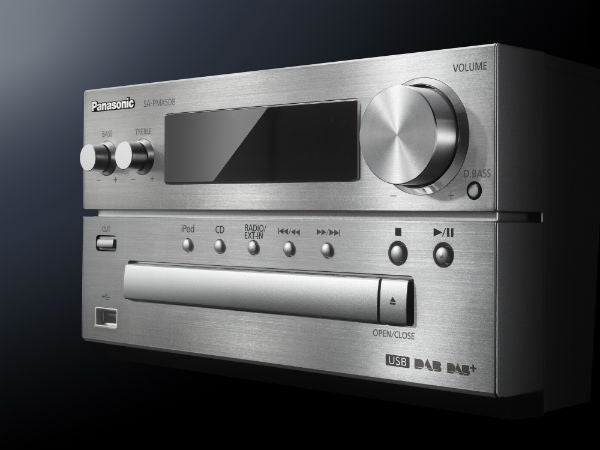 The upper ‘tier’ features a large LED display panel, showing the selected input and other information like volume, running time and so forth. Either side of this are dials allowing you to adjust the bass, treble and volume levels. On the lower ‘tier’ you’ll find the CD disc tray, a row of buttons governing input selection and playback, plus the USB port. 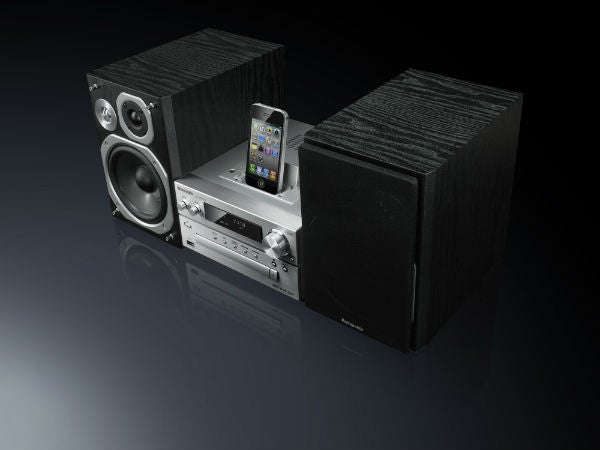 On top is a panel that flips open to reveal the iPod dock. We like the fact Panasonic has made this an integral part of the design instead of throwing a cradle in the box, not only because it’s tidier but also because it provides a clean digital connection between the iPod and system.

The rear panel is sparse, featuring just an analogue stereo input, a screw terminal for the supplied DAB aerial and a set of plastic speaker binding posts.

Turning to the speakers, these have also been constructed to keep vibration to a minimum with a board inside that reinforces the structure, as well as an Aero Stream port running through the middle that reduces port noise.

Externally they look very classy indeed. They use a dark wood finish and a removable black cloth grille on the front, held on by plugs. Pull these off and you’ll uncover some dashing silver cone surrounds that add an extra touch of glamour. Overall the speakers feel lighter than expected and sound hollow when you tap the sides, which may not have a bearing on sound quality but takes the shine off slightly.

Features
The speakers of the Panasonic SC-PMX5 are three-way bass reflex affairs, and share most of the technology found inside the SC-BTT590’s speakers, such as the film capacitor inside the 19mm soft dome tweeter that cuts low frequencies; a 14cm Bamboo Charcoal PP cone with an uneven thickness to disperse resonance; and a Double Motion Damper in the driver unit that aims to improve long-stroke performance. The three-way design is completed by a 15mm super-tweeter to add extra high-frequency resolution. 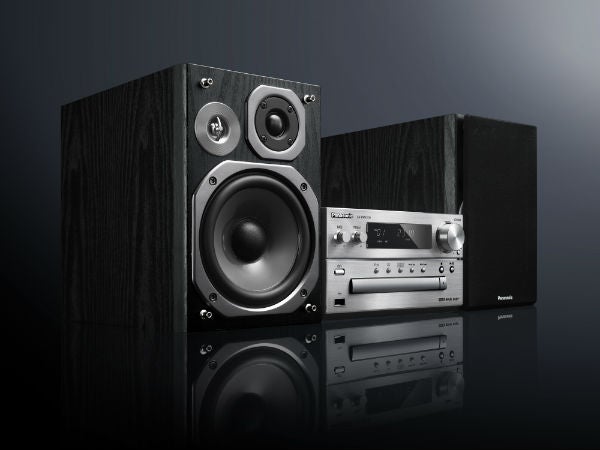 The system also uses the Anti-Jitter Digital Amplifier found inside the BTT590, which applies noise-shaping technology to correct clock errors and to deliver a cleaner and more accurate sound. Its high-grade audio circuit design includes a high-frequency crystal oscillator with its own power supply to shut out external noise.

That’s the science bit done, now the fun stuff. There’s a range of EQ settings (Flat, Heavy, Soft, Clear, Vocal) as well as a Surround mode that widens out stereo sound and D.Bass. Total output power is quoted as 120W.

There are FM and DAB tuners, with 30 and 20 presets respectively, plus the system will play MP3 files from USB drives but not FLAC, WMA, WAV or AAC, which is a major disappointment. Some sort of network streaming would have taken the SC-PMX5 to the next level.

Performance
Still, we can’t knock the SC-PMX5’s performance. It reproduces music with a smooth, silky tone that pulls you right into the recording, laced with lashings of sweet, sparkling detail and tight bass notes. 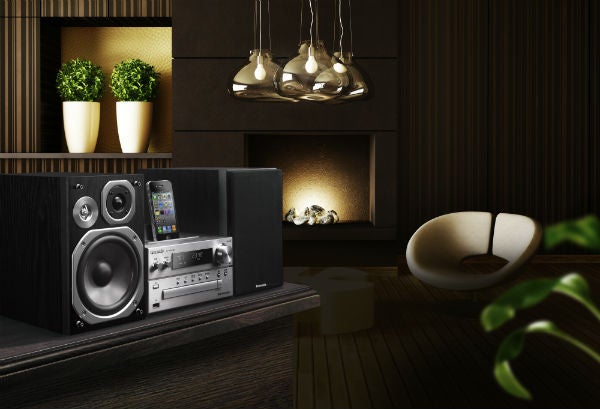 The Living Room by Frank McComb is a collection of live recordings by the singer/keyboardist alongside a bassist and drummer, and the SC-PMX5 does a terrific job of capturing the essence of the live performance. It gives the music a life-like, ‘in the room’ character, with all clarity and texture you’d expect if you were listening in person.

Basslines are taut and uncoloured, Frank’s Fender Rhodes chords are sumptuously warm and drums are punchy. It’s very impressive, allowing you to get up-close and personal with the instruments and vocals. It brings the same sort of quality to any source, be it MP3s via USB or songs from your iPod.

Any criticisms? Not many, except we feel D.Bass comes on a little too strong in the low-frequency department and Surround does little to improve music playback. Other than that, this is a performance worthy of the system’s high-end billing.

Verdict
Panasonic’s SC-PMX5 is a classy micro system that boasts spellbinding sound quality and some nifty features, including a built-in iPod dock and a DAB tuner. We’re impressed by the build quality of the main unit and the amount of new tech that has gone into the three-way speakers. It all adds up to a first-rate musical performance, bursting with fine detail and warmth, although it’s a shame that Panasonic couldn’t have expanded the range of supported formats via USB and thrown in a couple more connections.