The strongest contender to Canon’s revered IXUS line, Panasonic’s FX range has seen its latest incarnations squeeze in touchscreen functionality and a multitude of pre- and post-capture options into its slimmest and most streamlined bodies yet. The latest FX80 affirms these intentions by blending together a 3in Smart Touch LCD screen with portrait-oriented retouching options, together with a range of sober and novelty filters.

Fortunately, Panasonic has paid attention to the more fundamental aspects of the camera’s specifications too. The model has been equipped with a 24-120mm lens, with a maximum aperture of f/2.5 at its widest focal length, while a 12.1MP CCD sensor pairs up a respectable yet capable pixel count with the promise of fast operational speeds. Other notable aspects of its specifications include a MEGA O.I.S. system for the stabilisation of both images and videos, as well as full HD video recording with stereo sound. 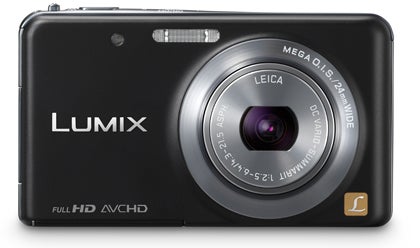 In terms of filters, Panasonic has furnished the model with the kind of effects found across many recent cameras, from Toy Effect, Soft Focus and Miniature flavours through to Low- and High-Key modes. There’s also a Creative Defocus effect, which allows newbies to capture images with pleasingly out-of-focus areas and simple control over brightness and saturation.

At just under 20mm thick, and weighing just 131g when loaded with both its battery and card, the camera is easily pocket friendly, with the metal body rigid enough to withstand general knocks and pressure. In order to maintain the minimal aesthetic the camera is equipped with a vertical rocker on the top plate for zoom operation; this may not be to everyone’s taste next to more conventional alternatives which encircle shutter release buttons. 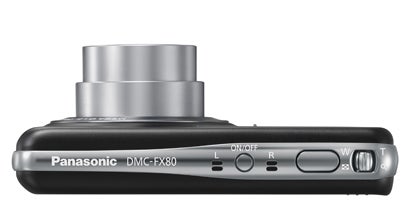 Start-up and powering down times are average for such a camera, although focusing is generally prompt in a range of conditions. Operation, however, is impeded by the responsiveness of the (resistive) touchscreen display. Higher quality capacitive displays have been witnessed on far cheaper cameras; this is the one area in which a significant improvement could be made, particularly as the resolution itself is only 230,000 dots. Despite this, it’s still possible to see the screen in brighter conditions, a common issue among cameras of this kind. 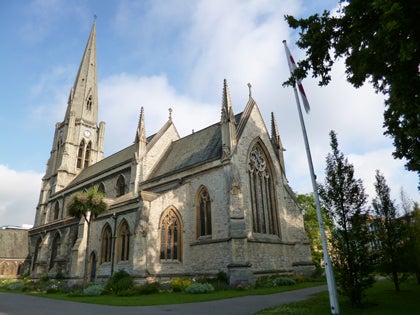 The Beauty Retouch mode not only offers a surprisingly comprehensive array of retouching options, but in practice it does a good job to identify facial features and treat them subtly yet effectively, with comical effects only arising through more extreme processing. Those who imagine they would use this function with some frequency may prefer to use a stylus for this task, though, as the controls in this mode are small and fiddly.

Image quality is mixed. Images captured at the lens’s widest focal length and maximum aperture are often disappointing, being soft and devoid of much detail (particularly at the edges), and also being affected by barrel distortion and chromatic aberrations. All of these things improve at other settings, with sharpness maintained excellently into corners and edges at longer focal lengths and smaller apertures, and just a touch of pincushion distortion at the telephoto extreme. 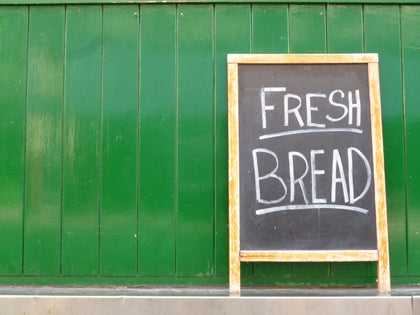 Noise is largely absent in image captured on the High Sensitivity scene mode, although this is only thanks to noise reduction which also forces fine details to be lost. Still, at smaller print and viewing sizes, this option can be successfully used when the shooting conditions don’t allow the camera’s standard ISO 100-1600 sensitivity range to be used.

The histograms of captured images show a reasonably accurate distribution of tones across the shadow, midtone and highlight areas, with perhaps a slight bias towards overexposure (which partly explains the clipping of highlight details). Purple fringing is also more evident than desired across edges. 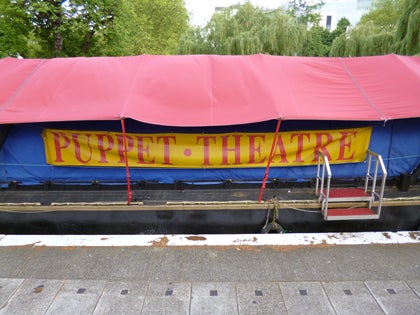 Packed full of features and with a capable zoom lens, the FX80 appears as an excellent lifestyle compact on paper. It’s a shame, then, that it’s let down by an unrepsponsive touchscreen and lacklustre image quality.