The FT4 is the latest model to sit at the top of this range and features characteristic tough credentials. The compact can withstand water to a depth of 12m, will survive a drop from a height of up to 2m, will keep working at temperatures of as low as -10C and is also dustproof. 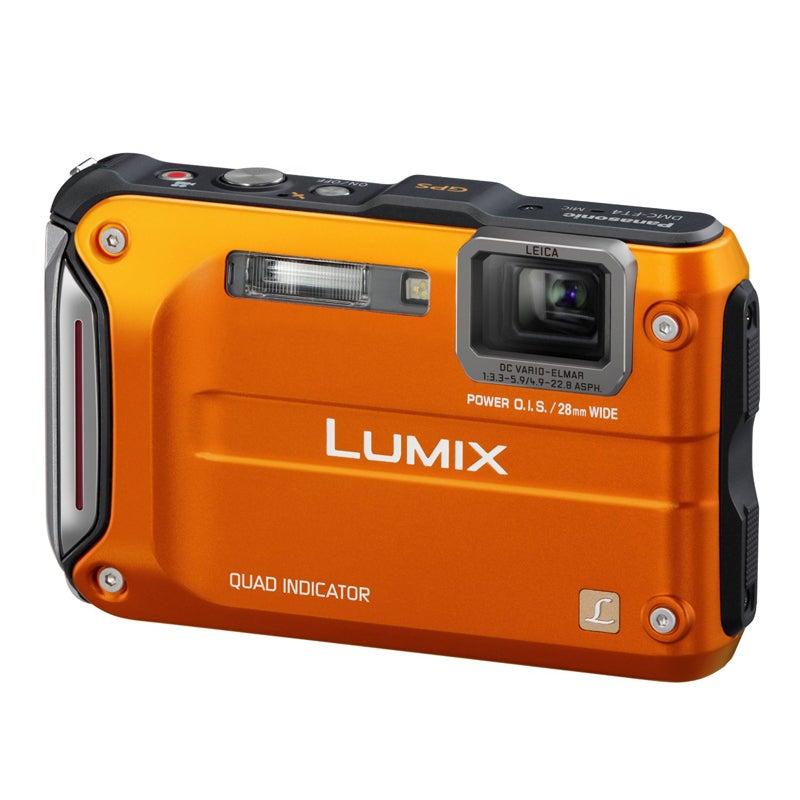 It’s not just the tough credentials that will appeal to the active photographer, as the FT4 also features a range of indicators aimed at assisting and budding explorer. The FT4 features a ‘Quad Indicator’, combining GPS tagging, compass, altimeter and barometer, from which data can be displayed on the model’s LCD screen for reference. The GPS functionality is improved upon with respect to previous models and now not only tags latitude and longitude, but also features landmark information from over a million locations for easy tagging.

The good news is that the tough specification and various accoutrements tailored to the outdoorsy photographer are accompanied by an imaging specification to match many a conventional compact camera. The model features a 1/2.33in CCD sensor with a 12.1MP effective resolution that is accompanied with Panasonic’s Power OIS stabilisation technology. As is often the case with Panasonic compacts, the FT4 features a Leica-designed lens complete with a 4.6x optical zoom covering a focal range of 28-128mm in equivalent terms. One disappointing feature in previous FT models, although likely a compromise due to the compacts lifeproof credentials, was the 2.7in, 230k-dot LCD screen – this is towards the low end of the LCD scale of quality and, somewhat unfortunately, it remains. 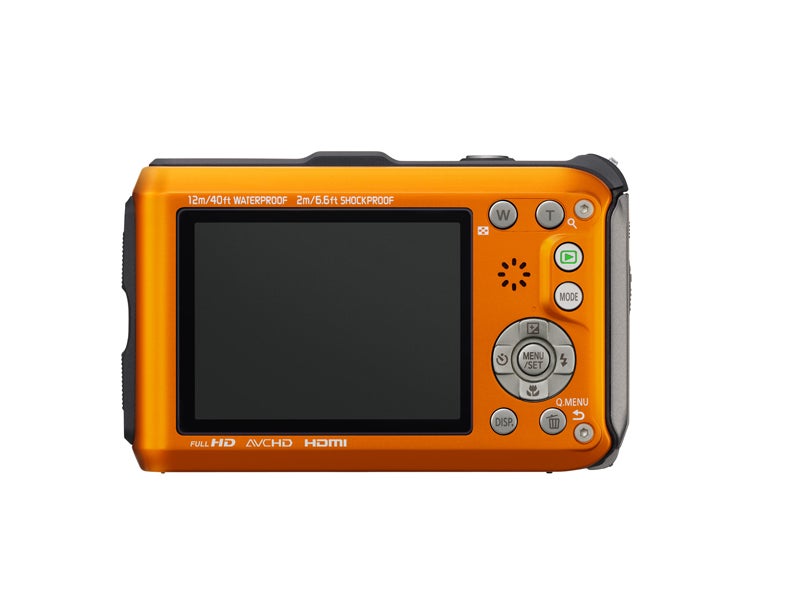 The FT4 boasts HD movie capture at a resolution of 1920 x 1080p, with movies captured in either AVCHD or MP4 format. One feature that will be welcome to those wanting to shoot video in possibly difficult conditions is that the FT4 features a dedicated video capture button on the camera’s top plate.

A host of capture modes are present on the FT4. An Intelligent Auto setting features, choosing from a range of scene modes to suit the subject, whilst photographers can select from these scene modes themselves should they choose. A welcome introduction to the FT series with the FT4 is new Program and Manual shooting modes which allow the photographer greater control over the camera settings. One further new shooting mode is a Time Lapse Shot – the setting allows the photographer to capture images automatically and in a timed sequence, with a view to combining them in the future. This Time Lapse mode, although good in theory, is limited to a maximum duration of just 60 shots at a minimum interval of a minute.

If you’re familiar with the design of previous models in Panasonic’s FT series, the design of FT4 will bring few surprises. In fact, there are very few signs that the FT4 is in any way different to the previous model in the range, the FT3 – the model bears the exact same dimensions as its predecessor and, accordingly, the same design. This isn’t necessarily a bad thing: as mentioned previously, one of the key facets in the design of a rugged compact is that it remains useable in difficult conditions, and this is something the FT4 achieve. Function buttons on the rear of the camera are all pleasingly raised and easy to operate with cold or wet hands. The same is true of the shutter release button on the camera’s top plate, although unfortunately the power and dedicated video capture buttons are embedded in to the camera, most likely to prevent accidental operation.

The body is not the lightest of compacts, although this weight definitely gives the FT4 a solid and reliable feel that will no doubt stand up to a reasonable battering. A raised section to the right hand side of the camera’s body helps in providing an assuring hand grip, although the slick stainless steel finish of the body could benefit from some form of contouring to provide a surer grip.

The model’s menu system is somewhat on the simple side, although once again this is no doubt by design to cater for simple operation in difficult conditions. Basic shooting functions are easily adjusted, with more advanced settings easily located.

As has been the case with previous models in the FT range, the FT4 performs capably in use, with no real issues or flaws in performance to report. The compact benefits from the presence of two of Panasonic’s headline high-end performance tools – its Venus Engine and Sonic Speed AF. The latter of those technologies accommodates excellent focus speeds that also exhibit reliable level of accuracy.

As mentioned previously, cameras which feature rugged credentials often have to make compromises in other areas, which can in turn lead to issues in image quality. With the FT4, however, most of these issues are largely avoided, and the camera is capable of capturing some good images. The first thing that strikes you is the general tonal range – images feature a great balance between shadows and highlights, with exposures generally even. Whilst exposures are even, the camera’s dynamic range does struggle a touch in managing highlight detail, and a tendency of highlights to blow out is evident. 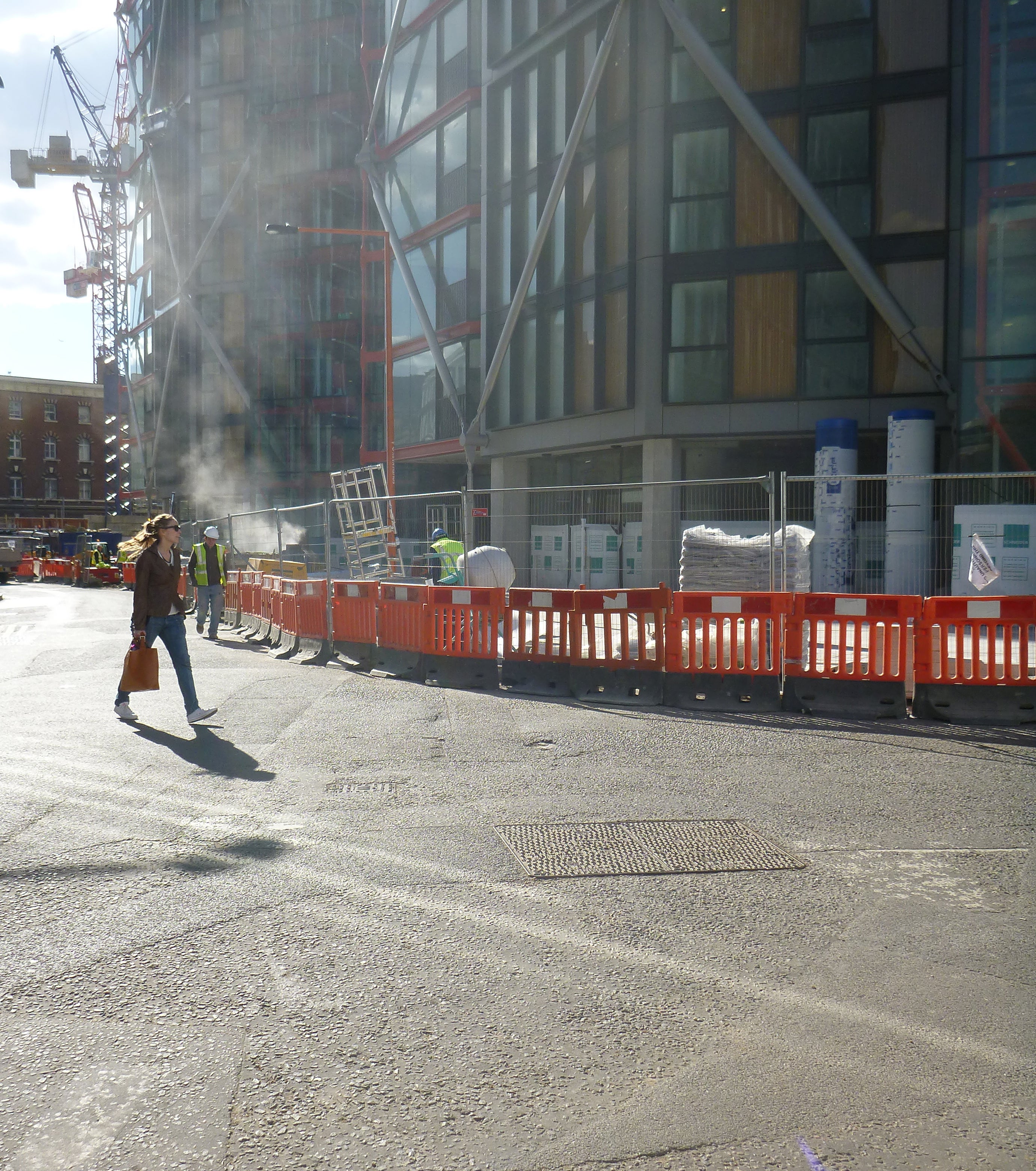 Another issues with image quality is lens flare, which can result in a softening of image detail in difficult lighting conditions. Outside of the problems with lens flare, the Leica optics perform well, with general distortion absent in most shots and sharpness maintained even towards the edges of the frame. Colours, although generally displaying a pleasing neutral palette, can appear over-saturated bright lighting.

Image quality at high ISO settings is also pleasing – noise is dealt with fairly aggressively by in-camera noise reduction, although not to the detriment of fine detail, with images usable right up to ISO 800 without too much degradation of quality.

The world of rugged compact cameras is transformed from where it once was, and as such the consumer is within their right to demand far greater performance, both in rugged conditions and in general use. The FT series from Panasonic was one of the first to really pull off the trick of combining usability with a rugged specification, and this is also true with the FT4.

This isn’t, however, to say that the FT4 is without fault – improvements on the previous model in the series, the FT3, are noticeable by their absence. As a result, you’ll really have to want the changes to warrant paying the extra for the new FT4 as opposed to the FT3. All told though, it remains a worthy figurehead for Panasonic’s impressive FT series and one of the best lifeproof cameras on the market.