Despite coming into the market relatively late (launching its first camera in 2001), Panasonic has proved to be one of the most versatile digital camera manufacturers, with a range of models covering pretty much every type from cheap pocket compacts to high-spec digital SLRs. Sitting about as close to the middle of this wide and varied range as it is possible to get is this, the 10.1-megapixel Lumix DMC-LZ10, and its 8.1-megapixel sibling the LZ8. 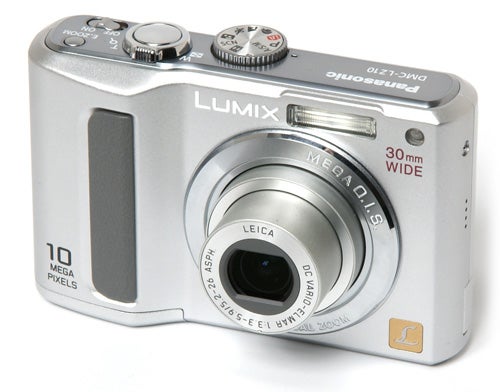 Priced at an affordable £160, the LZ10 is a half-metal, half-plastic medium-sized compact camera powered by two AA batteries. Nevertheless it has enough features to stand out from other similar compacts. With a Leica-branded 5x zoom lens equivalent to 30-150mm, a 2.5-inch 230k monitor, Mega OIS optical image stabilisation and optional manual exposure, its closest match is probably the Canon PowerShot A590 IS (£150), although that camera is physically larger and only 8MP, criticisms which also apply to a comparison with Nikon’s CoolPix P50 (£150). There really isn’t another camera on the market that closely matches the LZ10’s specification.


The initial impression of the LZ10 is a good one. The front of the camera body is aluminium, while the back is plastic, but the build quality is up to Panasonic’s usual high standard. The battery hatch las a locking latch, and there is a separate hatch on the side for the memory card, handy if you are using the camera on a tripod. The overall shape is much more square and functional than many of Panasonic’s other more stylish compacts. It is a fairly large camera by pocket compact standards, measuring 97.5 x 62 x 33.3mm, but it is quite light, weighing only 141g minus batteries. Of course using two AA alkaline batteries for power means that the loaded weight goes up to around 190g, but using Lithium batteries can shave about 25g off that figure. 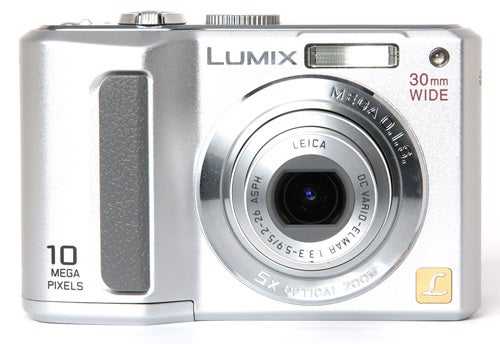 The batteries live inside a prominent handgrip on the right of the body, complete with a textured pad. A small raised lip on the back of the camera provides a thumbgrip, and overall the LZ10 is very comfortable and secure to hold. The control layout is sensible and unsurprising, with a rotary bezel zoom control, a standard D-pad and a few other buttons. The on/off and record/playback controls are small slider switches, so you’re very unlikely to move them accidentally. Some of the other buttons and the D-pad are a bit small, but not annoyingly so, and they are at least very clearly labelled.

The camera’s controls are comprehensive but quite easy to use. The nine-position main mode dial holds program and manual exposure, the “intelligent auto” option, four basic scene programs (portrait, landscape, action and night portrait), movie mode and scene mode, which offers a further 15 scene programs, illustrated by some of the lamest animated icons I’ve seen since the days of the Commodore 64. Main shooting options such as ISO setting, white balance, picture size, AF mode, continuous shooting and image stabiliser mode are accessed via a quick one-button on-screen menu. Other often-used options are assigned to buttons on the D-pad, including flash mode, macro focusing, self-timer and exposure compensation. 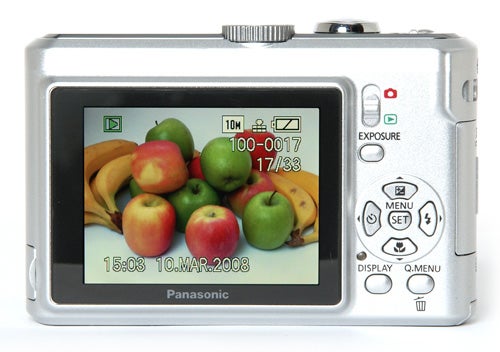 The LZ10’s features are surprisingly complete for a relatively low-cost camera. The AF modes include nine-area, three-area high speed, one-area high speed, single area, spot focusing and face detection. Metering options include multi-zone, centre-weighted and spot. Picture adjustment available in the main menu gives five-step control over contrast, sharpness, saturation and noise reduction, and even the manual exposure control is more sophisticated than on many compact cameras. Aperture settings from f/3.3 to f/8.0 and shutter speeds from 60 seconds to 1/2000 of a second can be selected in 1/3EV increments.


There are a couple of unusual features. One is the “E.Zoom” button on the top panel. When pressed this immediately jumps to maximum optical zoom, and when pressed again it adds maximum digital zoom as well, even if you’ve wisely turned digital zoom off in the menu. This is a bit superfluous, because the LZ10 has a very good zoom control. The zoom doesn’t appear to be stepped at all, and the control is sensitive enough to set the zoom to exactly where you want it, but hold it down and it zips to the far end of its range very quickly. 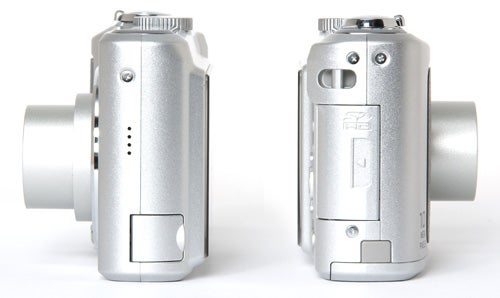 Another unusual feature is the LCD control, available in the quick menu. It includes an option that alters the angle of view, changing the polarization of the display to make it clearer when holding the camera above your head.

The camera’s overall performance is very good. It takes approximately three seconds to start up, and about two and a half to shut down again which is a bit slow, but its shooting speed is much better. In single-shot mode its shot-to-shot cycle time is approximately 1.7 seconds. In unlimited continuous mode it was even more impressive, shooting at a sustained two shots a second, apparently until the memory card is full. The AF system is quick and reliable, and works well even in very low light. I found it would focus in the dark at a range of approximately four meters with the AF assist lamp. One slight concern however is battery life. Panasonic claims that a set of alkaline AA batteries are good for between 160 and 180 shots, but the two Panasonic-branded batteries that came with my review sample gave up after only about 40 shots. To be fair they may have been sitting in a cupboard in Panasonic’s press office for a while, so newer batteries may perform better. 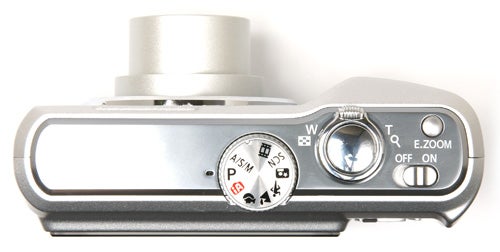 So far then we have a surprisingly capable, relatively cheap camera with good performance, design and handling; it’s all looking good for the LZ10. Unfortunately, we finally come to picture quality, and as is so often the case with Panasonic cameras, all that potential is wasted. It’s a real shame, because in some ways it is very good. The lens lives up to its Leica branding, producing relatively little distortion at wide angle and none at telephoto, with excellent sharpness from corner to corner and no chromatic aberration. Exposure is generally very good, and default colour reproduction is very accurate. The problem is that the small 1/2.33-inch CCD and the supposedly improved Venus Engine IV image processor simply don’t produce good fine detail. At all ISO settings, images viewed in close up look very processed, with fine detail smeared out in a haze of small artefacts. This is not helped by the rather severe image compression, even at the best quality setting. The LZ10 produces JPEG image files averaging around 3.2MB, which is pretty small for a 10MP camera (most are around 4.5MB). This is doubly annoying, because the LZ10 shows yet again that Panasonic has overcome its traditional bugbear of image noise. Shots at 100, 200 and 400 ISO are very good, and although shots at higher settings do show very strong noise reduction effects, the overall contrast and colour balance remain good. 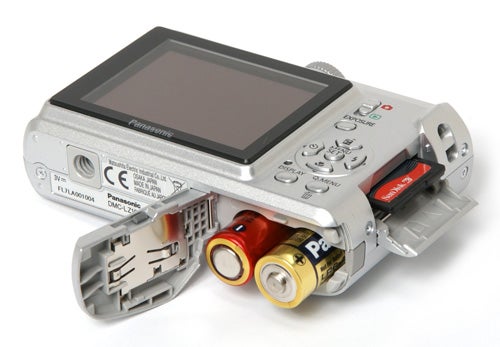 The Panasonic Lumix DMC-LZ10 is an almost unique camera. It is a sensibly designed and well-made camera which has some genuinely useful features, enough controllability to keep the enthusiasts happy and surprisingly brisk performance, all at a very reasonable price. The Leica-branded lens is very good too, but unfortunately it is badly let down by a small sensor and inferior image processing, resulting in relatively poor image quality. 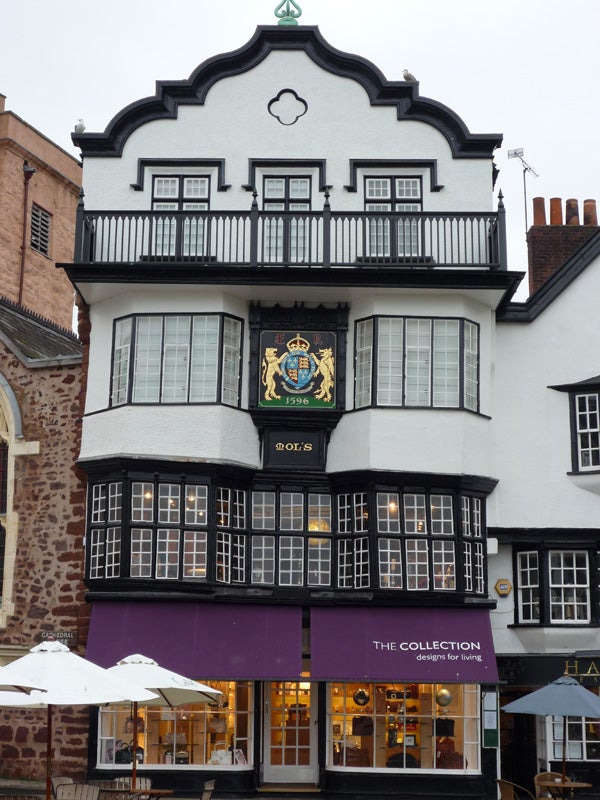 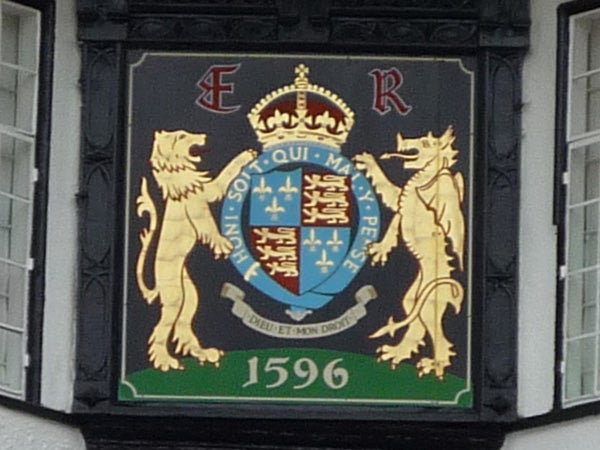 Even at 100 ISO there is a general haze of processing artefacts from the noise reduction system, and the picture just isn’t as sharp and detailed as some 10MP cameras. 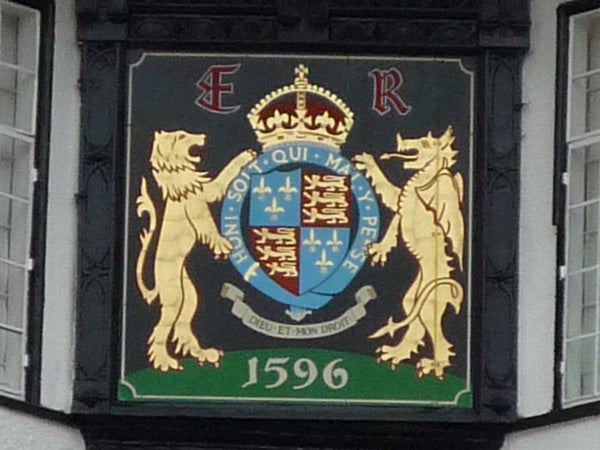 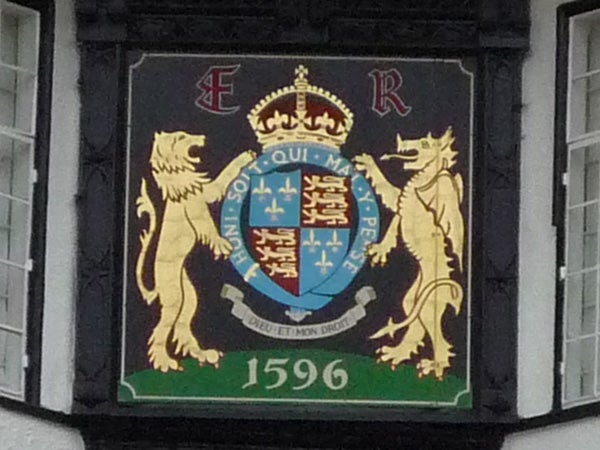 At 400 ISO image noise is starting to break through. 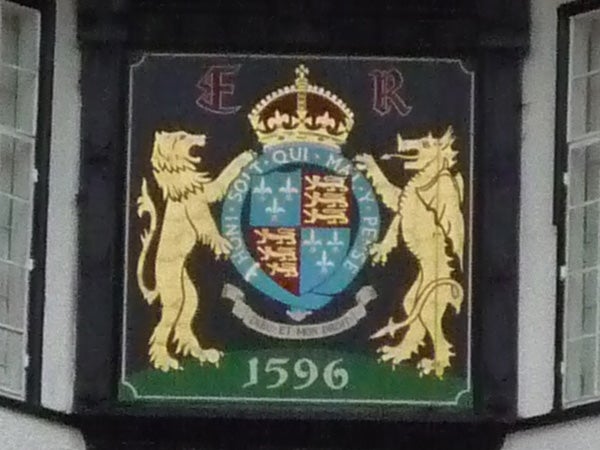 At 800 ISO the noise reduction has wiped out most remaining fine detail. 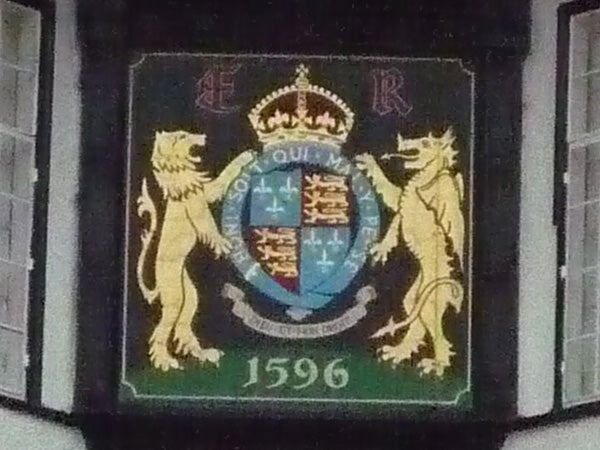 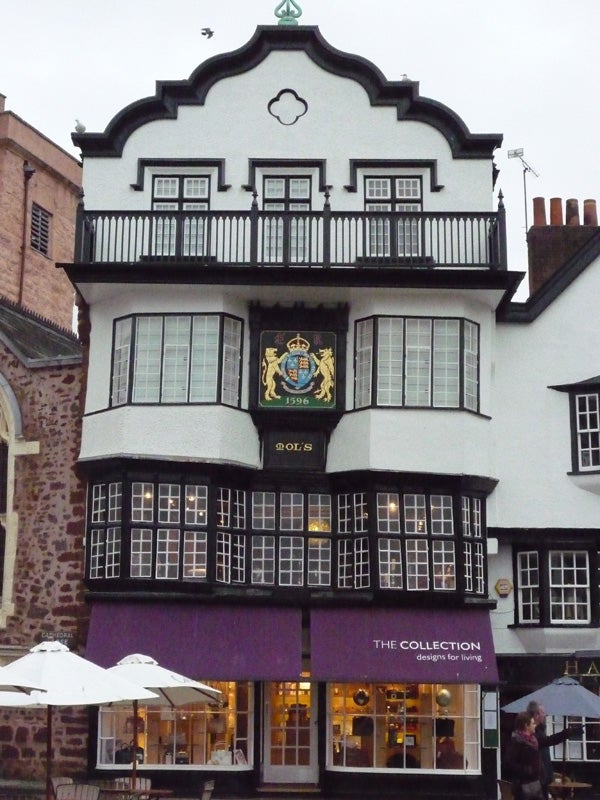 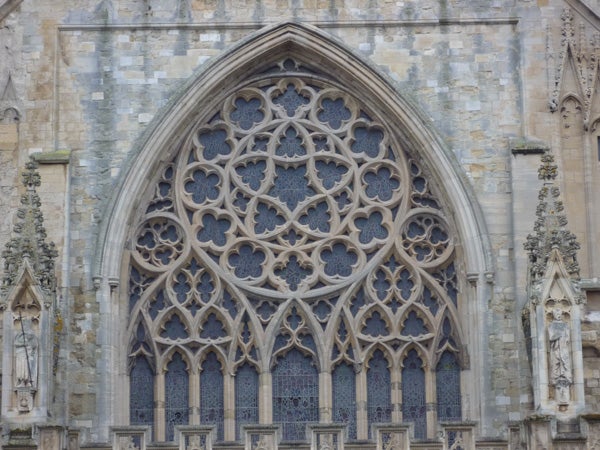 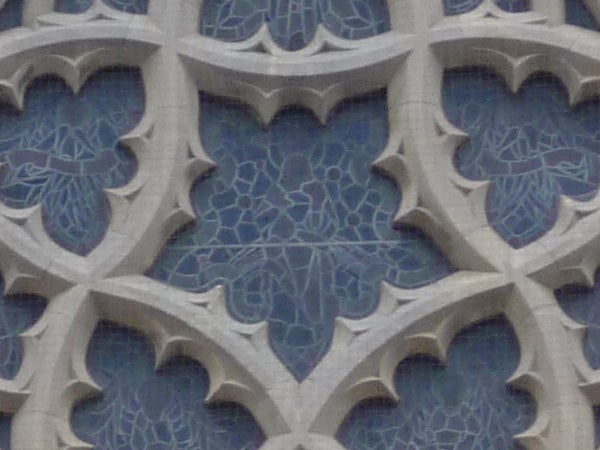 The level of fine detail is very poor for a 10MP camera. 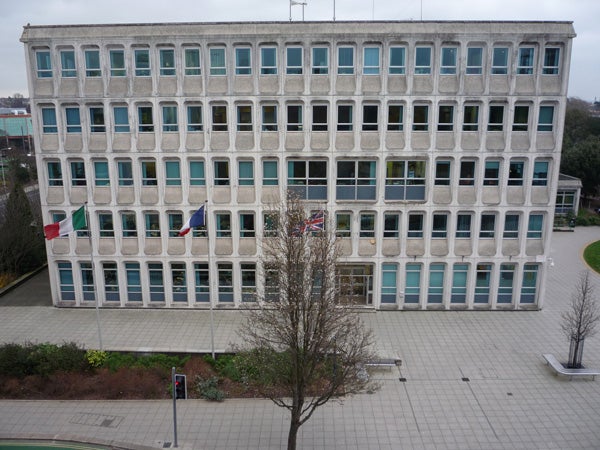 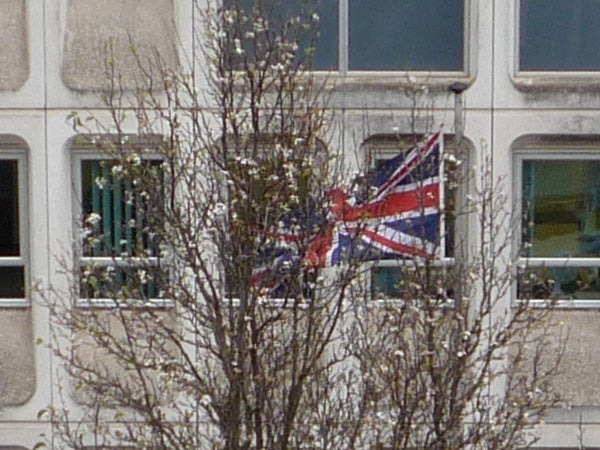 In this crop from the centre of the image above, you can see that the lens is nice and sharp, even if the sensor and processor aren’t. 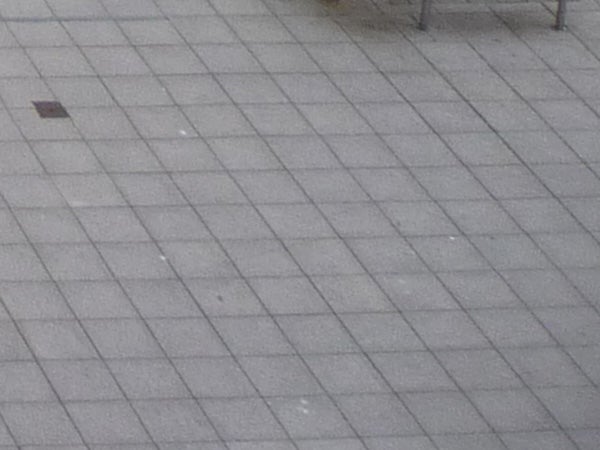 Corner sharpness is excellent, with no chromatic aberration. 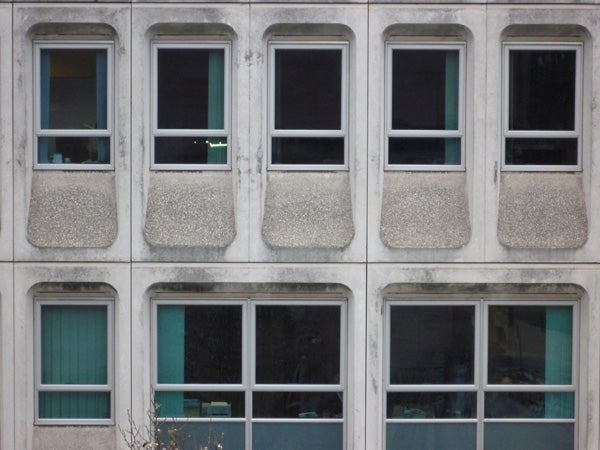 The same building shot at the telephoto setting. No pincushion distortion here.

”A range of general test shots are shown on this page to show the overall image quality under various conditions, as well as the wide-angle and telephoto capabilities. Some other pictures may be clicked to view the original full-size image.” 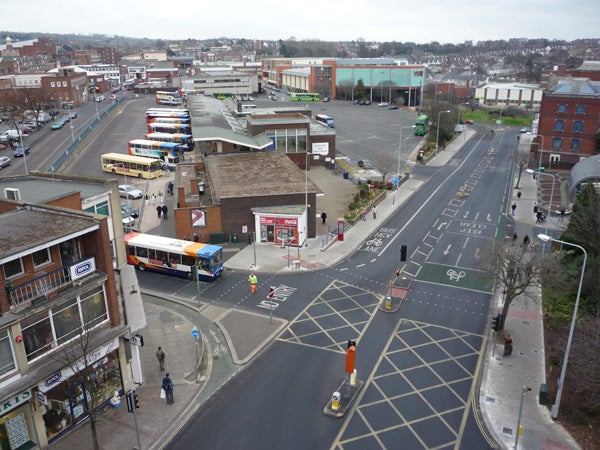 The wide-angle end is equivalent to 30mm, wider than most compacts. 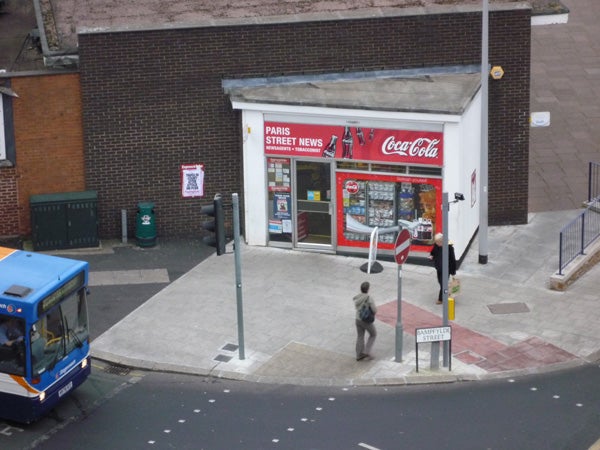 The telephoto end is equivalent to 150mm, useful for portraits or zooming in on details. 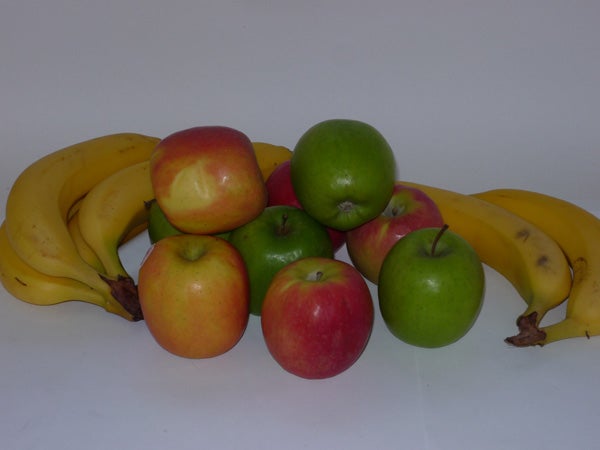 Taken using fill-in flash at a range of about a metre. Close-range flash metering is very good, with no burned-out highlights. 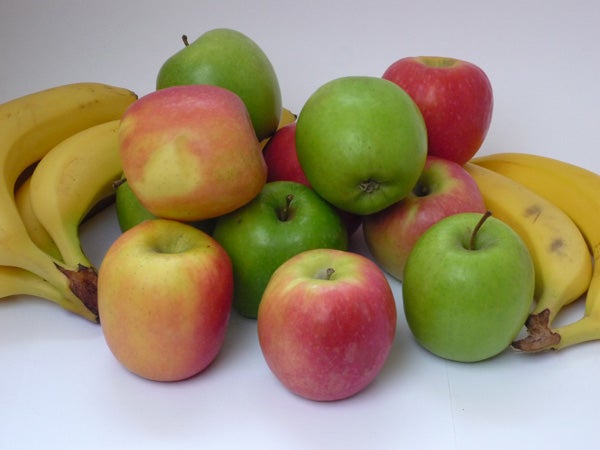