Last August I reviewed the Lumix DMC-FZ28, Panasonic’s entry in the competitive super-zoom bridge camera market. As its many satisfied buyers will attest, the FZ28 is a superb camera, earning our highest accolade the Editor’s Choice award. For the past year it has become the yardstick against which all other super-zooms have been measured, and it remains the best in its class. No other super-zoom camera has been able to match its combination of handling, performance and image quality, until now.


Or rather until September, because that’s when the FZ28’s replacement, the unsurprisingly-named Lumix DMC-FZ38, goes on sale. Although it was only officially announced today, I’ve had a full production sample of the new FZ38 for the past week, and I’ve had a chance to put it through its paces. I’m happy to report that it’s every bit as good as its illustrious predecessor, and offers quite a few significant improvements, which it’s going to need if it is to maintain its lead over some very competent rivals, such as the Nikon P90, Canon SX1 and Casio EX-FH20.


”’UPDATE 03/08:”’ ”The FZ38 is now available for pre-order from a number of online retailers, and is being priced at around £300, which is unsurprisingly about the same as the launch price of the FZ28.” 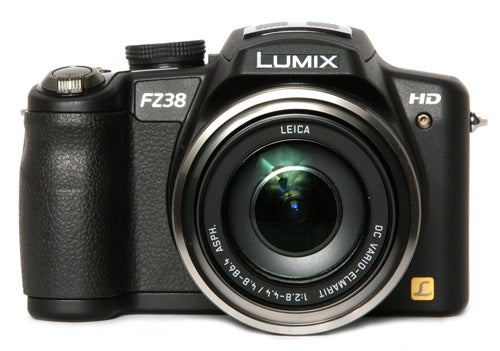 At first glance it doesn’t look like much has been changed apart from the rather obvious addition of a pair of stereo microphones mounted on top of the flash housing. The body is identical to the FZ28, a design that has remained unchanged since the 2007 FZ18. It’s a nice compact body, and the build quality is as good as ever. It is light but strong, with a decent-sized rubber handgrip and a textured thumb rest, and the numerous buttons and controls are clearly labelled and sensibly positioned. It handles well and looks suitably businesslike, but I can’t help thinking that the overall design is starting to look a little dated. I’m not looking for chrome fins and flashing lights, but a little remodelling wouldn’t have hurt, if only to integrate the microphones into the design. As it is they look like what they are; an afterthought retrofitted on to an existing design.

The major changes have happened on the inside. The sensor has been upgraded from 10.1 to 12.1 megapixels, but remains the same size, 1/2.3 inches. This is very small, a size usually found in compact cameras, but then most of the FZ38’s rivals use this sensor size too, and as we’ll see later it doesn’t seem to cause a problem. The f/2.8 – f/4.4 18x zoom Leica lens is also the same as the FZ28, and since the sensor size is unchanged it retains the same focal length range, equivalent to 27-486mm. I’m glad to see that Panasonic has resisted the temptation to chase after Olympus with its 26x zoom SP-590UZ. 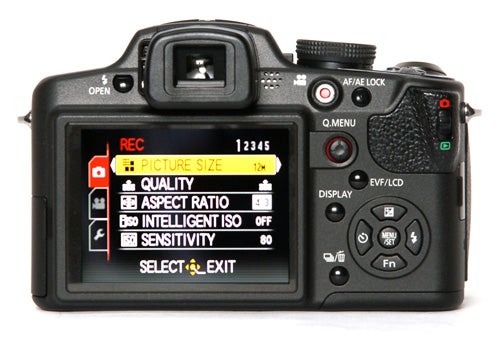 One of the major improvements is in the optical image stabilisation, which is now known as Power OIS. It’s always hard to judge the performance of IS systems accurately, but I was able to take shake-free shots at some very slow shutter speeds, as low as 1/25th of a second at the full extent of the zoom, which is nearly four stops of extra stability. 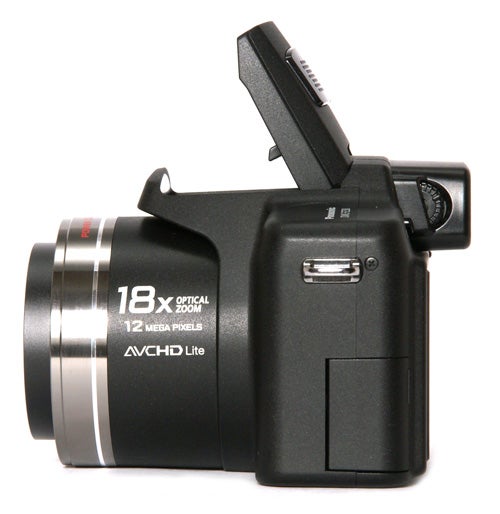 Another improvement is the face detection system, which now incorporates automatic face recognition. The way that it works is, I think, slightly creepy. Every time you take a picture that includes someone’s face, the camera stores that face. If it recognises the same face in more than a few shots, it will prompt you to register a name for that person, and will then each time they appear in a photo the camera will optimise the focus and exposure to concentrate on that person. Up to six people can be recorded, with three face views per person for faster recognition. It’s almost as though the camera is watching, and remembering… 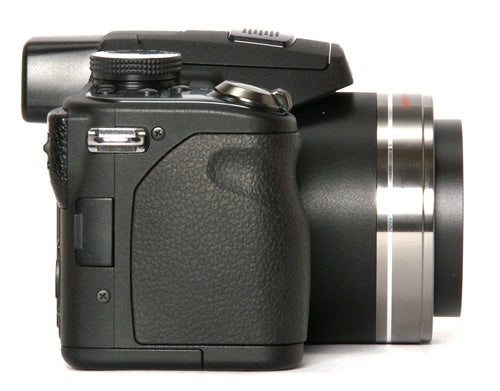 The most significant improvement is of course the video mode, although let’s not forget that the FZ28 also has 1280 x 720 30fps HD video recording. What the FZ38 adds is stereo audio and recording in the high-quality AVCHD Lite format, like the Lumix TZ7. The back of the camera now sports an extra button which starts video recording, although there is a delay of about a second and a half, so plan ahead if you don’t want to miss the start. There is also a new addition to the mode dial, a creative movie mode which allows manual aperture and shutter speed control, which is a nice feature. As well as this the zoom lens can be used during video recording, with a dual-speed control for slow, smooth zooms.


Panasonic is really pushing the FZ38’s video abilities in its press campaign, and with good reason. It’s not quite the perfect hybrid of still and video camera, because there’s no such animal, and it can’t match the full HD 1920 x 1080 resolution of the Canon SX1 IS, but it certainly has the best video mode in its likely price range.

The upgrade to the FZ38’s internal systems includes a new faster Venus Engine HD image processor and a much faster autofocus system, and as a result the camera’s overall performance has been significantly improved, although the start-up time is still approximately two seconds, not the 1.3 claimed in the accompanying press release. Shot-to-shot time in JPEG mode is noticeably faster at approximately 1.4 seconds, compared to the 1.8s of the FZ28, however in Raw + JPEG mode shot-to-shot time is unchanged at approximately 3.5 seconds. 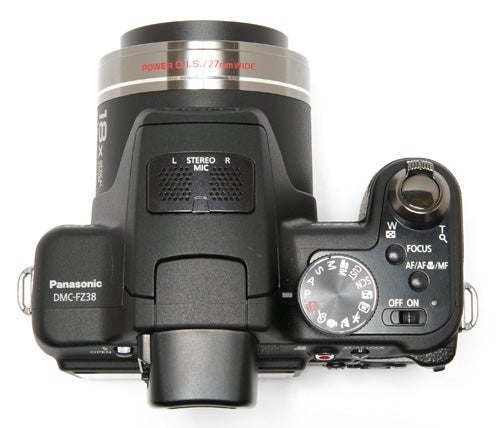 What is rather puzzling is the lack of a long-period continuous shooting mode. Instead the FZ38 has a simple 3fps high-speed burst mode, which takes three, five or ten frames depending on the image size. In other words, in the full 12MP size that most people will want to use, it only takes three shots. This mode is not available when shooting in Raw + JPEG.


The new autofocus system isn’t just faster, it also works even better in the dark. The FZ28 had no problems in this department, but the FZ38 will focus quickly and accurately in total darkness at a range of several metres, although it does slow down a little at full zoom.


The big Leica lens is of course unchanged, and rightly so. It produces excellent edge-to-edge sharpness with no optical distortion at all, although some of that is undoubtedly due to post-processing. Nonetheless the level of fine detail in the resulting images is outstanding, with colour depth and dynamic range to match. 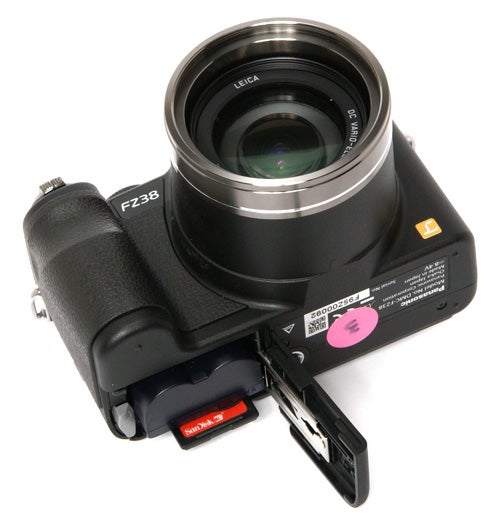 I was concerned that the increase in sensor resolution would have a negative impact on image quality, but this has not proved to be the case; in fact image quality is noticeably improved. There are inevitably some black shadows and burned-out highlights, but only at the extremes of contrast. The FZ38 has an additional low-speed setting of 80 ISO, at which the image quality is as good as any 12MP compact on the market, and the performance of the noise reduction system at higher ISO settings is also better, with virtually noise-free images at 400 ISO. Like the FZ28 the FZ38 has a maximum of 1600 ISO, and even at this setting the results are far from useless.

My verdict on the FZ38 is pretty much the same as for its predecessor. If you’ve already got an FZ28 it’s probably not enough of an improvement to justify an upgrade. However for anyone else looking for a new super-zoom camera they really don’t come much better than this. Build quality, handling, features, performance, image quality and versatility are superior to any of its immediate rivals, and the excellent video quality is icing on the cake. To get anything better than this you’ll have to move up to a DSLR. 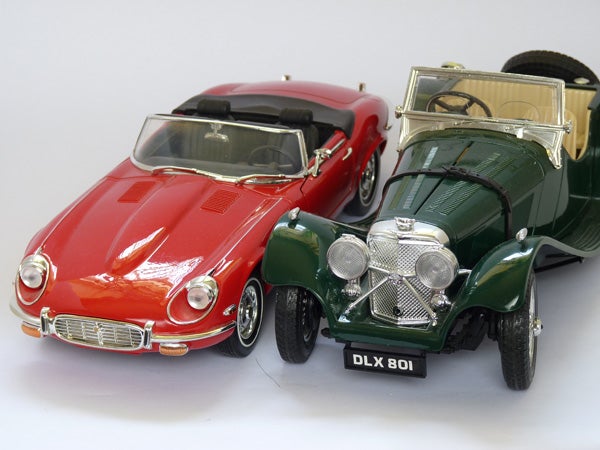 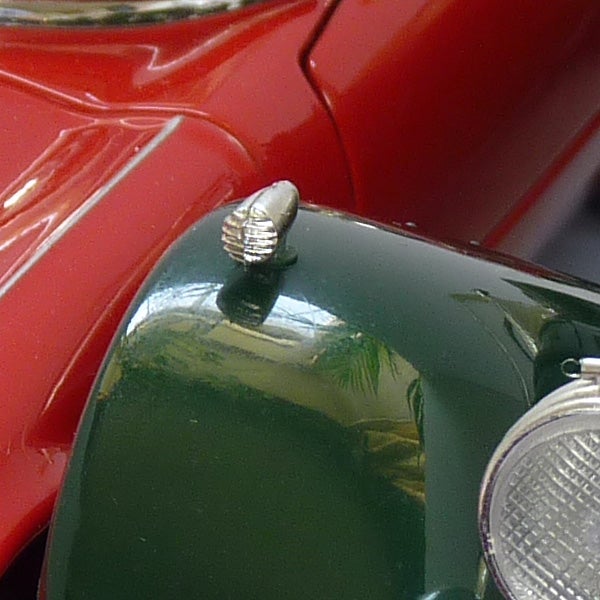 80 ISO is a new setting for the FZ38. The image quality is exceptionally good with no trace of image noise. 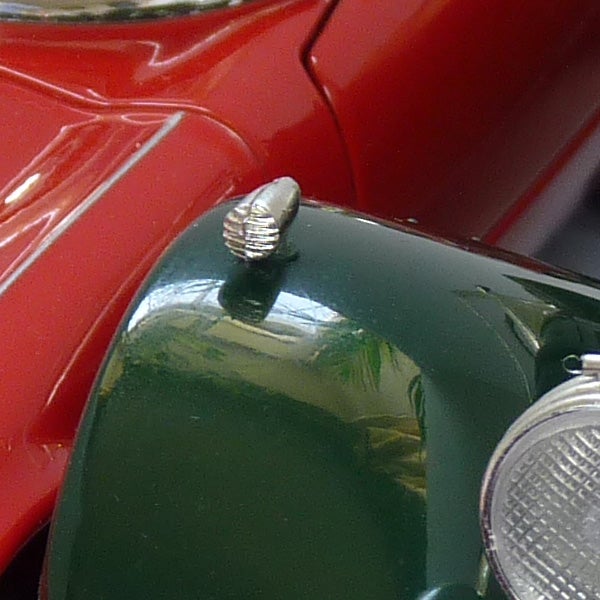 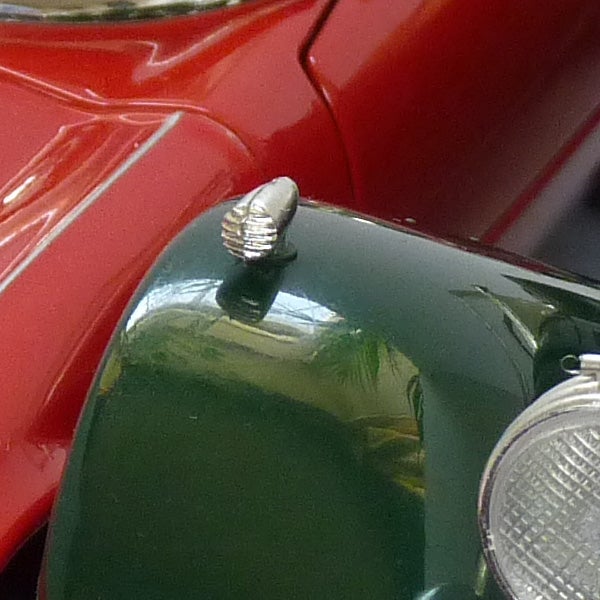 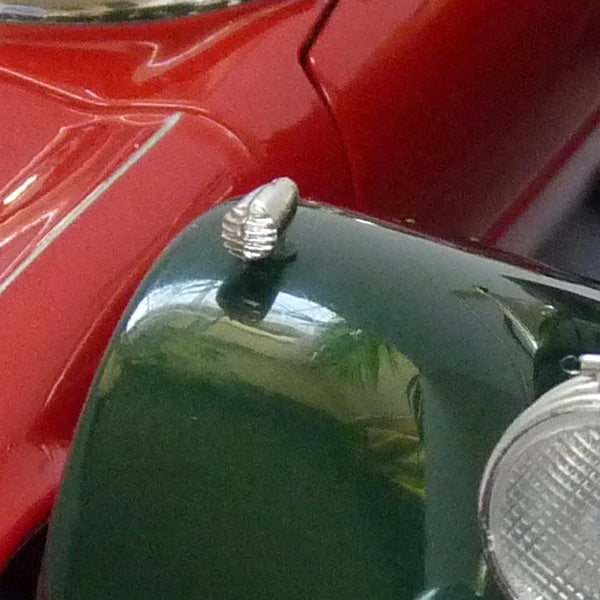 400 ISO, and there are some signs of noise reduction at work, but the image is sharp and well detailed. 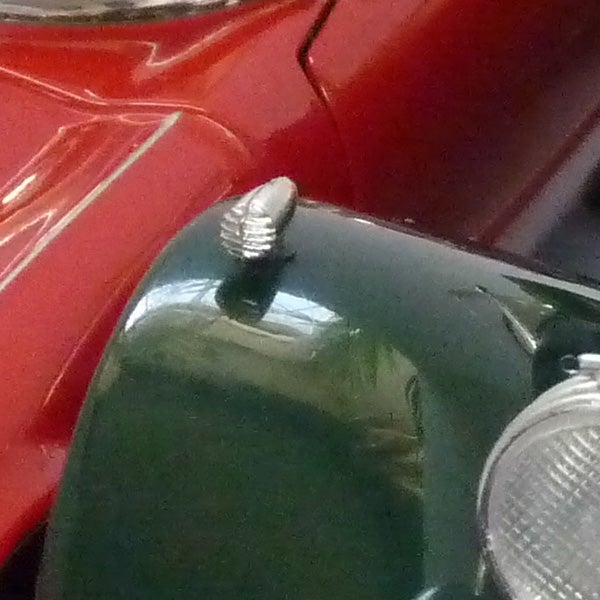 The noise reduction is a bit more noticeable at 800 ISO, but still the image quality is pretty good. 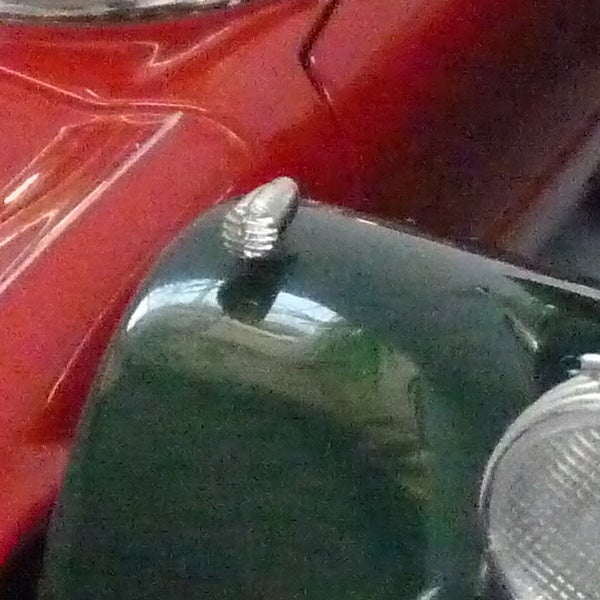 At 1600 ISO there is some loss of detail, but the image is still usable for smaller prints. 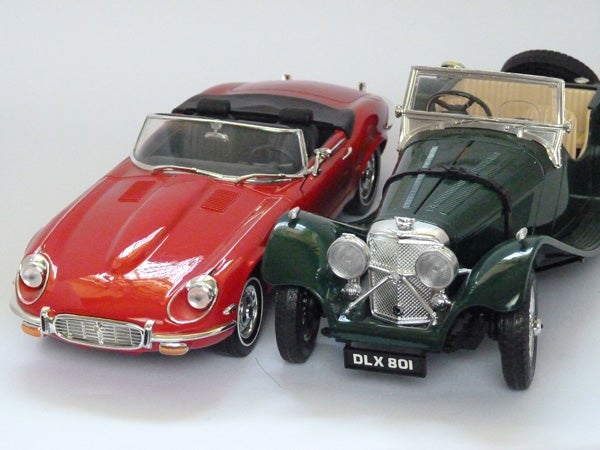 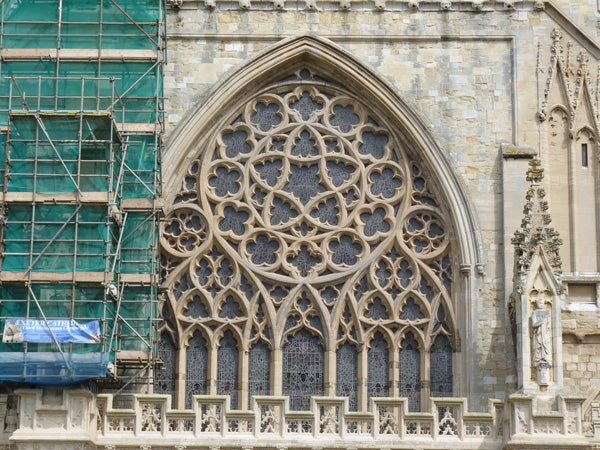 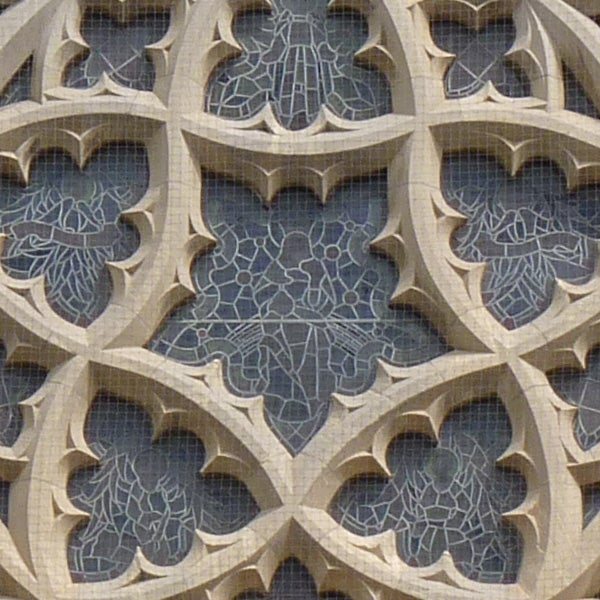 The lens is pin-sharp and the image has tons of detail, more than most 12MP compacts. 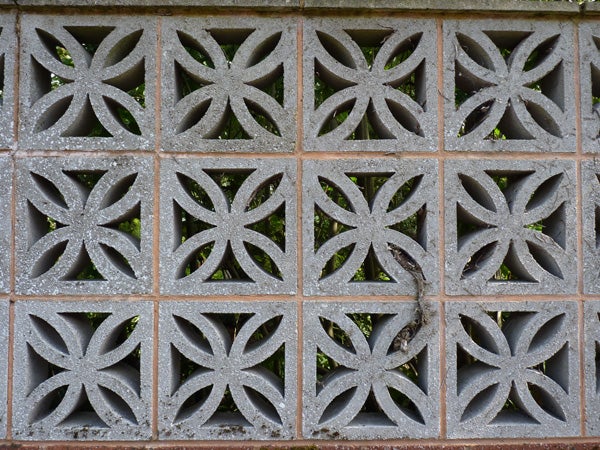 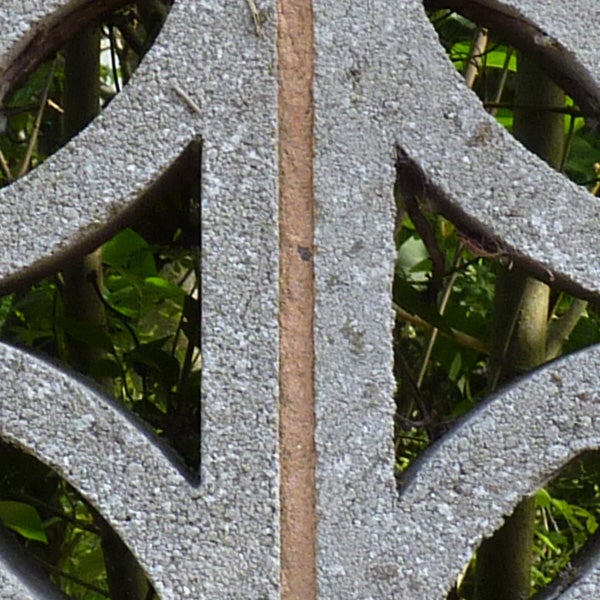 The centre of the frame is razor-sharp. 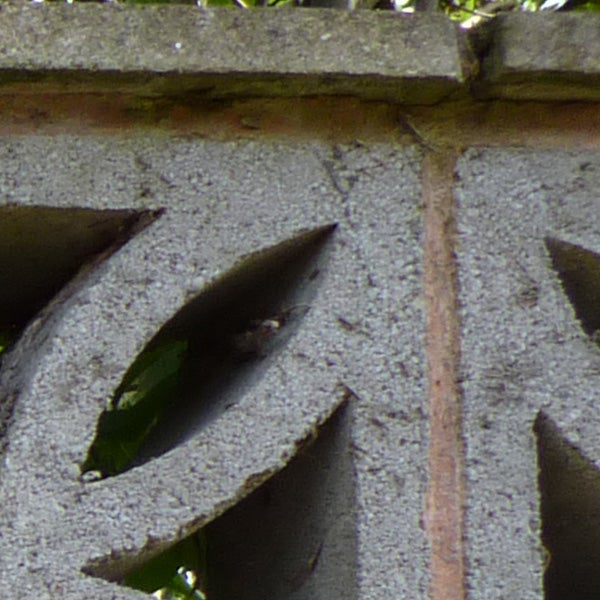 The corners of the frame are also sharp, with virtually no trace of chromatic aberration. 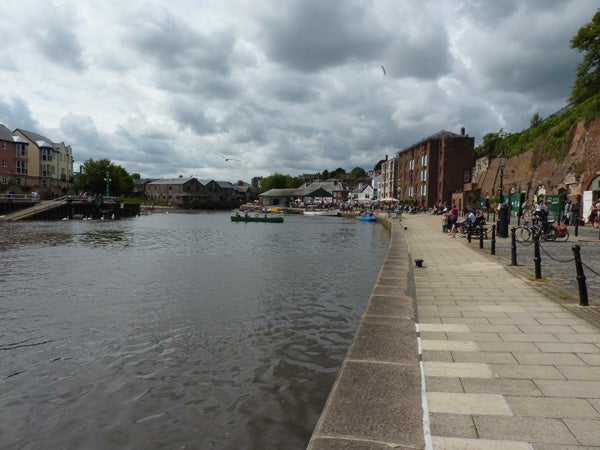 The wide-angle end of the zoom is equivalent to 27mm, wider than average for a digital compact. 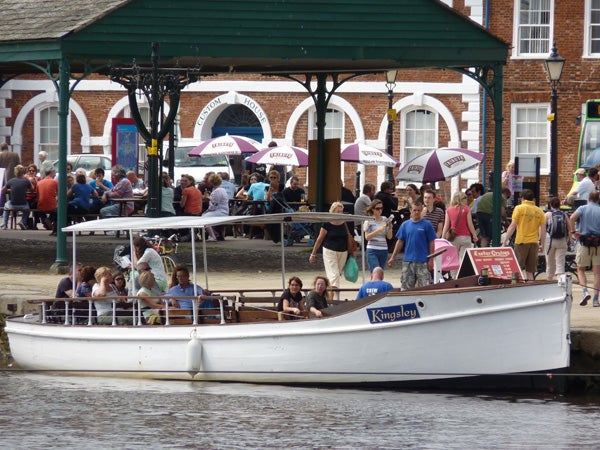 The 486mm-equivalent telephoto can pick out even distant details. 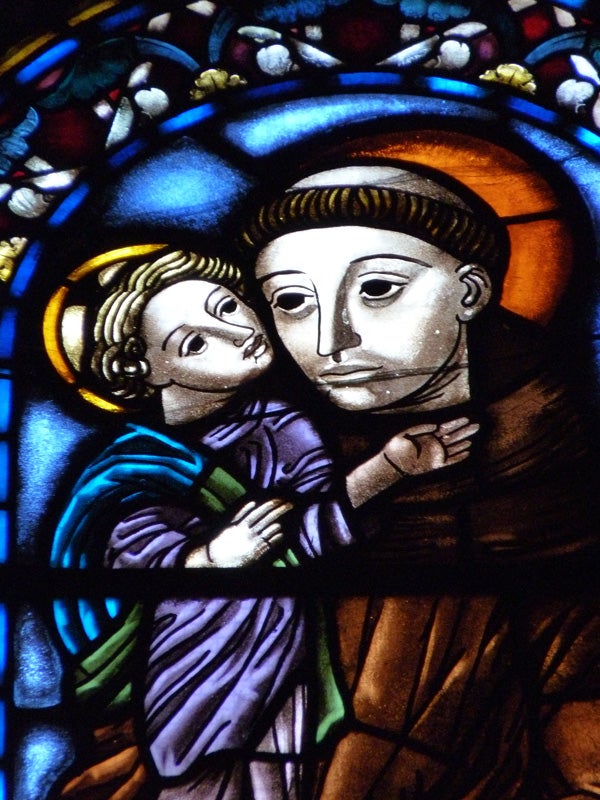 The improved image stabilisation system, Power OIS, is extremely effective. This was shot hand-held at full zoom, at 1/25th of a second. ”’Please note that this shot was taken on a pre-production camera; the production ones are even better.”’ 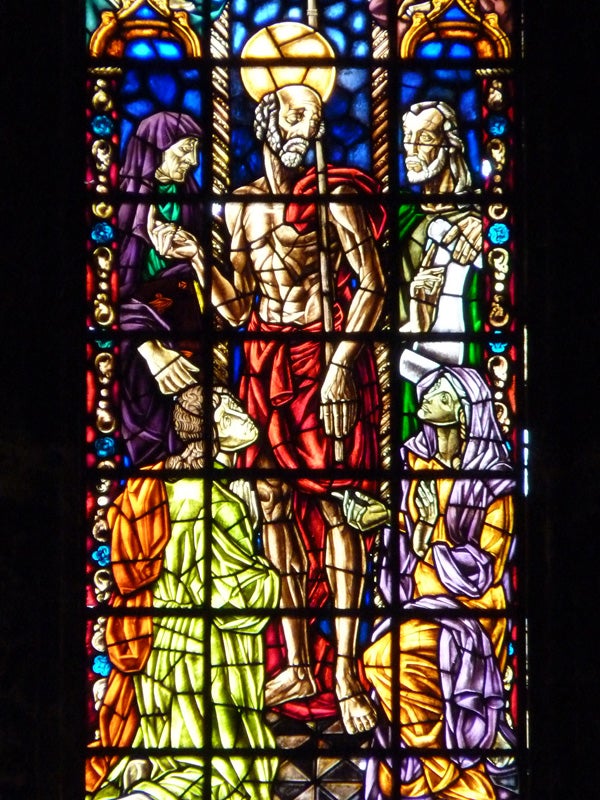 Exposure metering is perfect, and colour rendition is superb. ”’Please note that this shot was taken on a pre-production camera; the production ones are even better.”’