I have previously been rather critical of some Panasonic compact cameras. The main reason for this has been their high price and relatively mediocre performance and some image quality problems. Admittedly Panasonic has made some exceptional high-end cameras, including those it makes under the Leica brand, although these tend to come with astronomical price tags.


It’s rather refreshing therefore to find that Panasonic can make a reasonably priced camera that shares some of the quality and innovation of its more expensive models. The camera in question is the DMC-FX3. 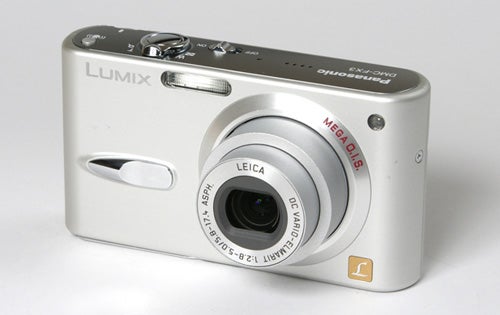 It was launched towards the end of July with a list price of £199.99 – pretty competitive for an ultra-compact six megapixel camera, especially one with the Leica brand name, 1,600 ISO performance and optical image stabilisation. It is already available online for as little as £154, which compares well with models such as the Casio Ex-Z600 (£125), Samsung Digimax i6 (£145), the Nikon Coolpix L6 (£170) or the Canon IXUS 65 (£190).


The first impression of the FX3 is overwhelmingly favourable. It’s a beautifully designed little camera with a high-quality aluminium body finished in a light brushed-metal colour with chrome trim, (a black version is also available). Measuring 24.2mm thick and weighing only 154g with card and battery on board, it is small and light enough to slip into a shirt pocket or purse. Furthermore, the lens fully retracts into the body and there are no protruding controls. 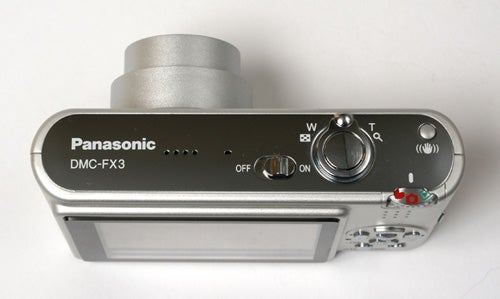 Handling is excellent for a camera this size thanks to a sensible control layout leaving plenty of room to grip the camera. As for style it shares the same vaguely art-deco retro look as most of Panasonic’s compact camera range, with a particularly close resemblance to the FX9, which I believe it replaces.


Not surprisingly the FX3 shares many of the same features as the FX9, such as its 6.37MP CCD, high quality 2.5in, 207,000 pixel LCD monitor and 35-105mm-equivalent lens. The lens is branded with the Leica name, but to be honest the performance of some previous Leica-branded Panasonic lenses has been somewhat disappointing. 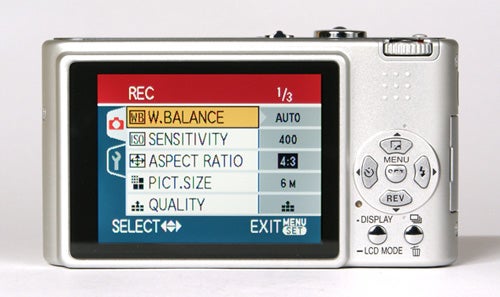 It also shares Panasonic’s moving-lens Mega OIS optical image stabilisation system, and is one of the smallest cameras on the market to offer this feature. I’ve used cameras with the Mega OIS system before and I’ve found it to be quite good, giving around two stops of extra hand-held stability. It’s not the best system on the market, but it’s certainly one of the best you’ll find in a camera this small.

The FX3’s other features are also common to most other compacts. Shooting modes are selected with a small recessed dial on the top plate, and include a ‘standard’ auto mode, a ‘simple’ mode in which most of the menu functions are disabled, and a ‘scene’ mode with 17 programs covering all the usual options. Unusual inclusions are a soft-focus mode, two baby photography modes and an underwater mode for use with the optional underwater housing. There’s also a high sensitivity mode, but we’ll come back to that in a moment. 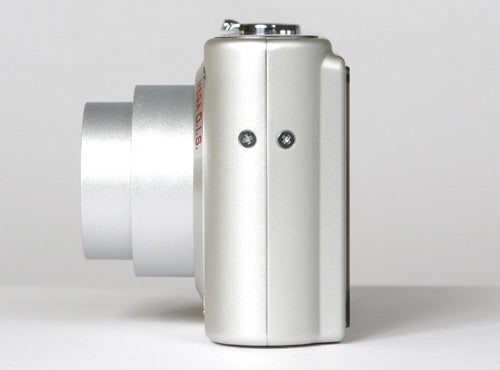 Overall performance is good, in fact near enough identical to the FX9. It starts up in just under two seconds, which is about average for a modern high-spec compact. It has several continuous shooting modes, including a high speed mode that shoots a burst of up to six frames in two seconds, and an unlimited mode that can shoot at just over one frame a second until the memory card is full.


As with the FX9, the highest quality image files are fairly heavily compressed to around 2.2MB each, so a 1GB SD card will be enough for at least 334 shots. The FX3 also has a 30fps VGA movie mode, and a 1GB card provides over 11 minutes of shooting time.


The AF system is quick in all lighting conditions, and the AF illuminator has a range of at least four metres, allowing it to focus quickly and accurately even in darkness. Battery life is also good. Panasonic claims 270 shots for the hefty 1,150mAh Li-ion battery, and I have no reason to doubt this. I took well over 100 shots with it over a couple of days and the battery indicator didn’t move from reading fully charged. The FX9 has the same battery, and lasted for over 300 shots on a full charge. 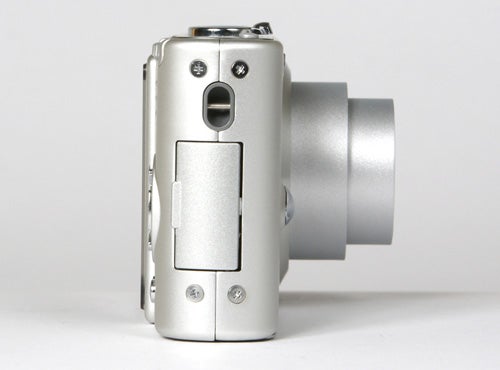 The FX3’s unique selling point, and the only feature that distinguishes it from the FX9, is the availability of 1,600 ISO sensitivity. Combined with an effective image stabilisation system this should make the camera ideal for low-light hand-held flashless photography. I get the impression that Panasonic may be trying to beat Fujifilm in this respect, since Fuji has ignored image stabilisation technology in favour of superior high-ISO performance. Using a high ISO setting increases the shutter speed for a given light level, which helps to reduce blur not just from camera shake but also from the movement of your subject – something over which image stabilisers have no effect.

As mentioned, the FX3 uses the same sensor as the FX9, and that camera suffered from image noise even at low ISO settings. What the FX3 adds is more effective noise reduction, so the standard of the 100-400 ISO shots is thankfully much improved. 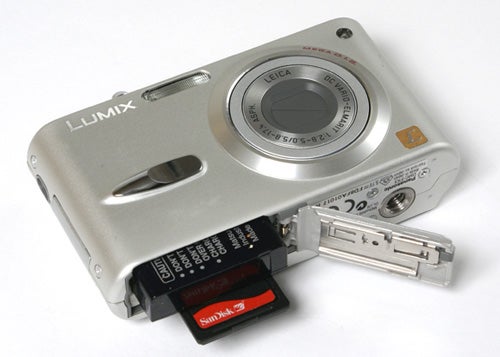 Colour rendition is good, producing natural tones even in the overcast weather we’ve had down here. It coped well with a range of exposure conditions and showed better dynamic range than some comparable cameras I’ve seen recently. The lens is also good, offering edge-to-edge sharpness and minimal spherical distortion at wide angle. There was some purple fringing on some high-contrast shots, but it was fairly unobtrusive.


Switching to the High Sensitivity scene mode allows the camera to set ISO speeds of 800 and 1,600 for low light shooting. However, shots taken at these speeds show that the new noise reduction system can be very heavy-handed. High Sensitivity mode images look as though they have been blurred and then sharpened several times, so while they have little in the way of visible noise they also lack fine detail. 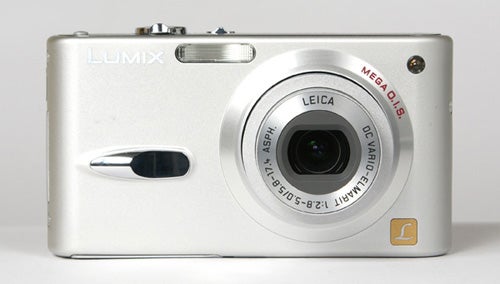 This isn’t too much of a problem for casual snapshots, which is after all what the FX3 is intended for. However, don’t expect to get any big prints from shots taken in this mode. It’s certainly no match for the outstanding high-ISO performance of cameras like the Fujifilm F30 or Canon IXUS 850 IS, although to be fair it is cheaper than both of these models. In practice I found I was able to take blur-free pictures hand-held without a flash in a room lit by a single 60w bulb – quite impressive I must admit.


Basically the Panasonic Lumix DMC-FX3 is an upgraded DMC-FX9 with improved noise reduction, better low-light capability and a more competitive price. It’s an above average social snapshot camera with bags of style, good performance and decent handling, but the image quality at high ISO settings leaves a lot to be desired.

”A range of test shots are shown over the next few pages. Here, the full size image has been reduced for bandwidth purposes and below that are crops taken from the original full resolution images so that you can inspect the quality at various ISO sensitivities.” 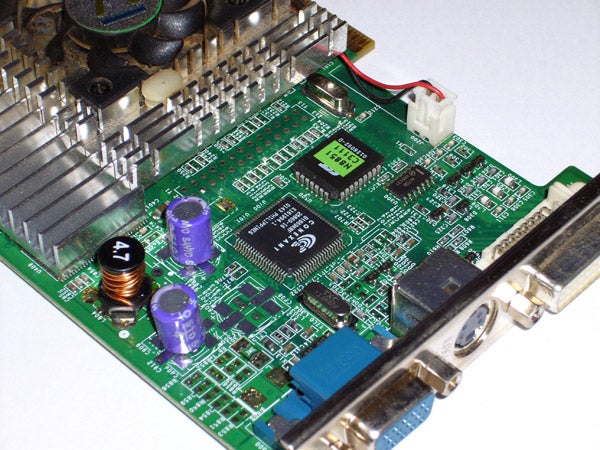 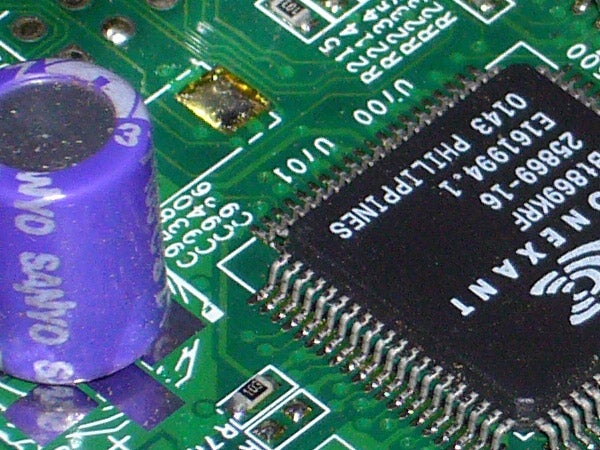 Due to the awful weather this weekend, I’ve been forced to use indoor flash shots for ISO comparison. At 100 ISO the image is clean and sharp, certainly an improvement on the quality of the FX9. 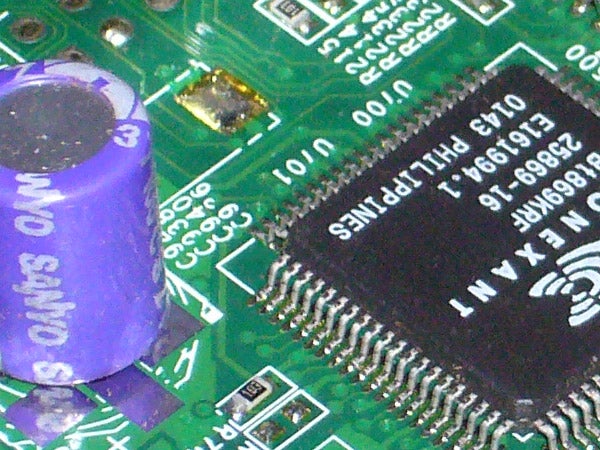 At 200 ISO there some visible colour noise – random red and green patches on the darker areas of the image. 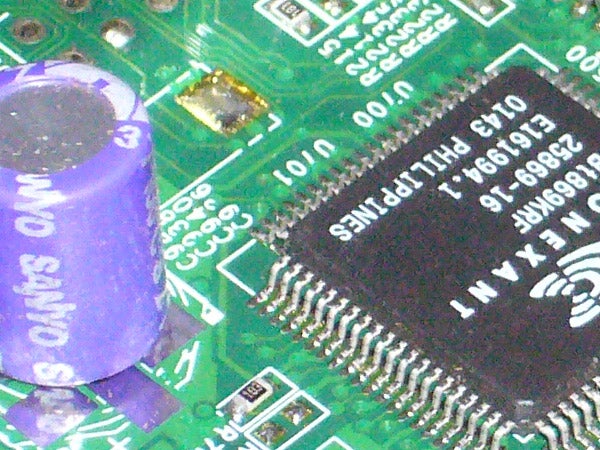 400 ISO – a higher level of noise, but the image is still nice and sharp, and would make a good print. 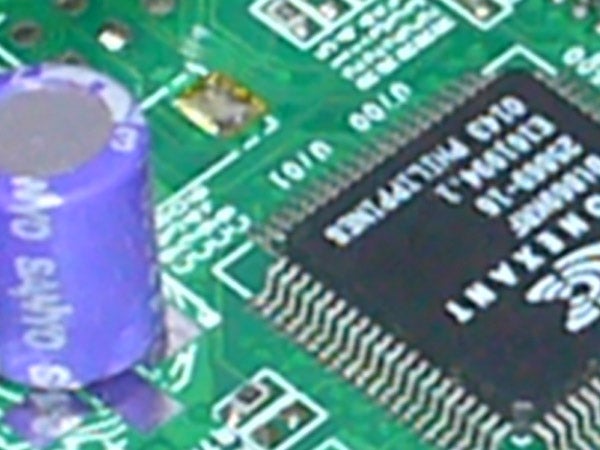 In the High Sensitivity mode, the camera has set the ISO to 800 for this shot. Although there is little visible noise, the image appears very blurred – a product of the noise reduction system. 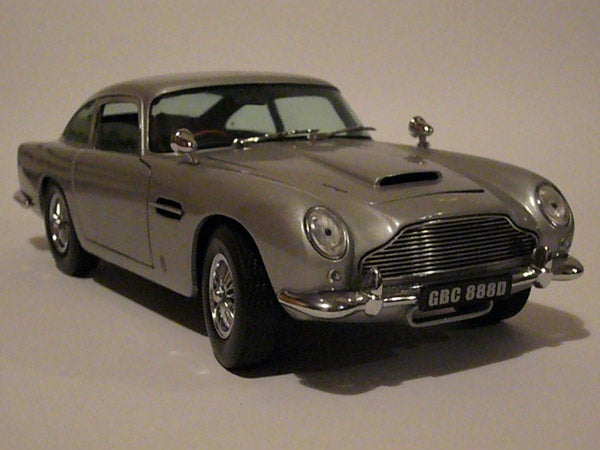 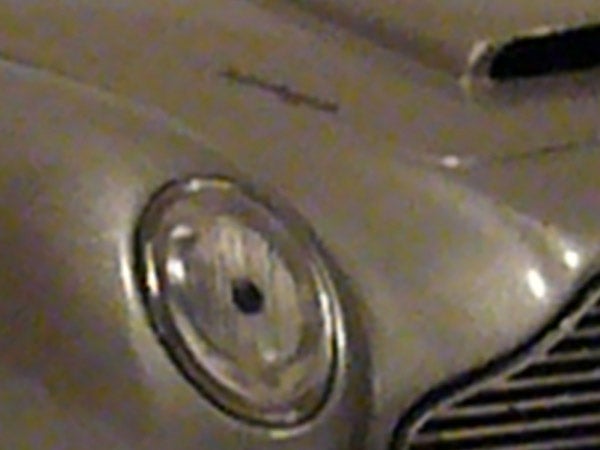 This was taken in High Sensitivity mode at 1,600 ISO, with the Mega OIS switched on. It was shot hand-held, illuminated by a 60w bulb. The shutter speed was 1/30th of a second, and the shot is sharp and shake-free, although the noise reduction system has reduced the level of fine detail. 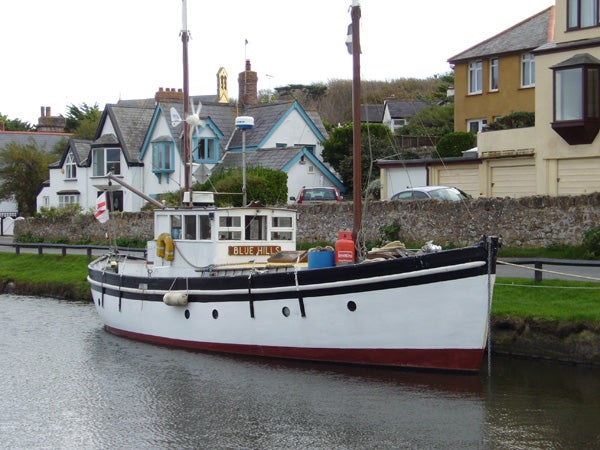 Despite the overcast conditions, this shot is well exposed with natural colours. See the 600×450 crop below to judge the level of fine detail. 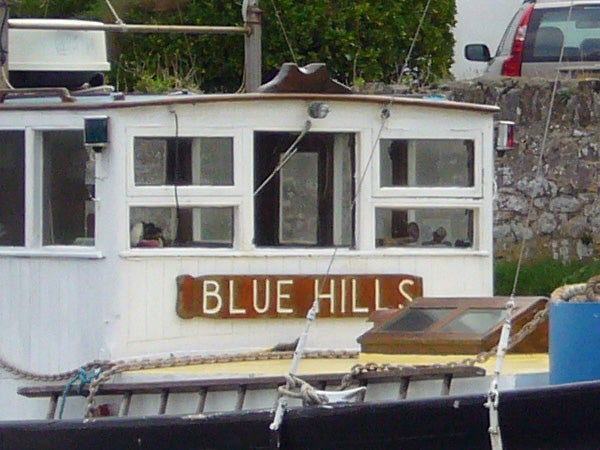 This is a 600×450 full-resolution crop from the image above. As you can see at 100 ISO the level of detail is good for a 6MP camera, although there is a little colour distortion on the darker areas. 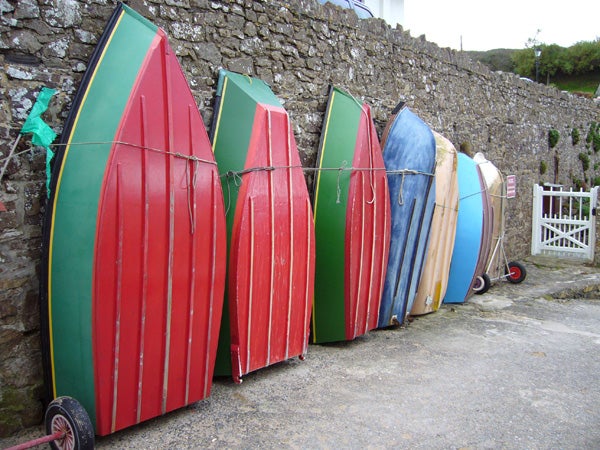 This wide-angle shot shows the excellent exposure and colour rendition. The light was very poor due to a heavy overcast, but the camera has coped well. 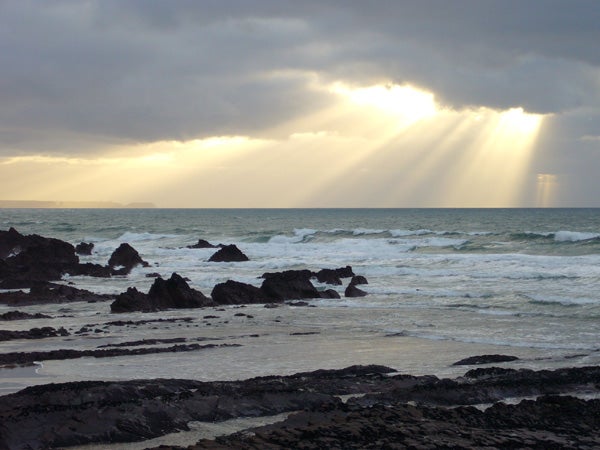 This striking shot represents a difficult exposure for a digital camera, but the FX3’s excellent dynamic range has produced a good, well-exposed image. 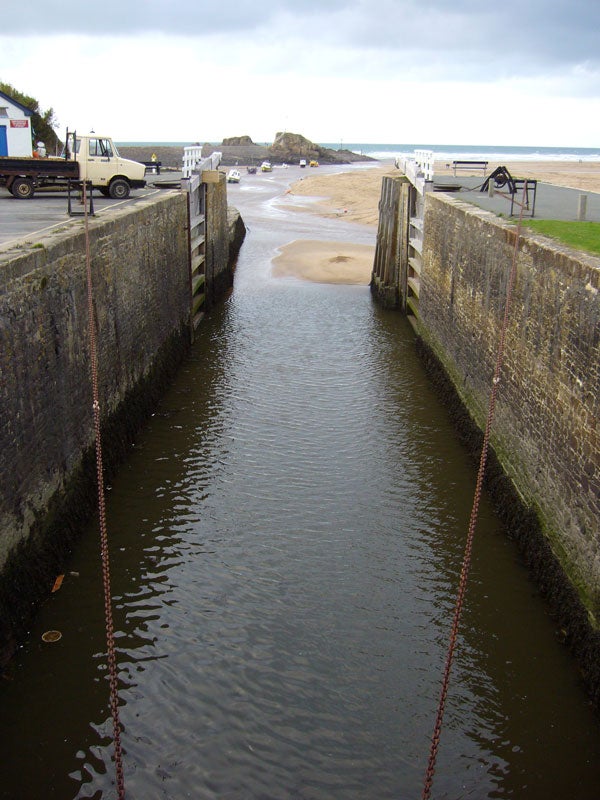 The Leica 3x zoom lens has a wide angle equivalent to 35mm, about average for a camera in this class. 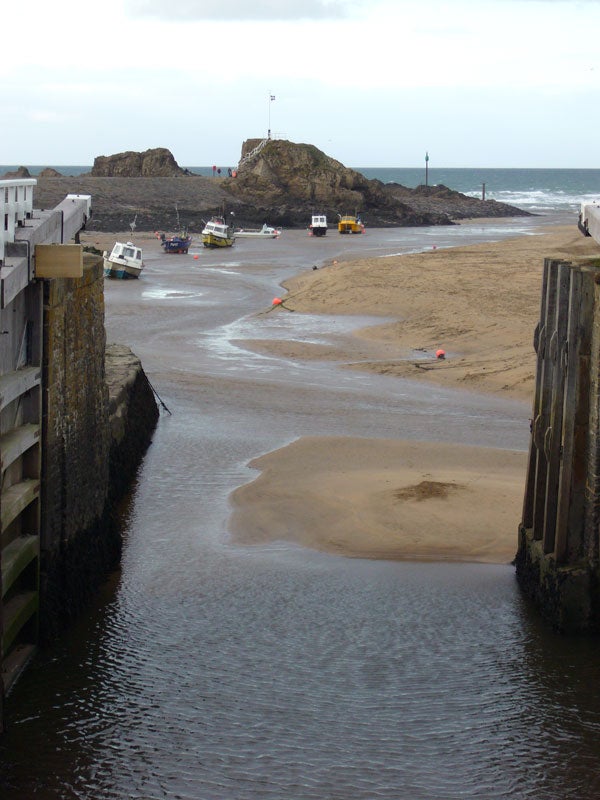 At full zoom the lens is equivalent to 105mm. 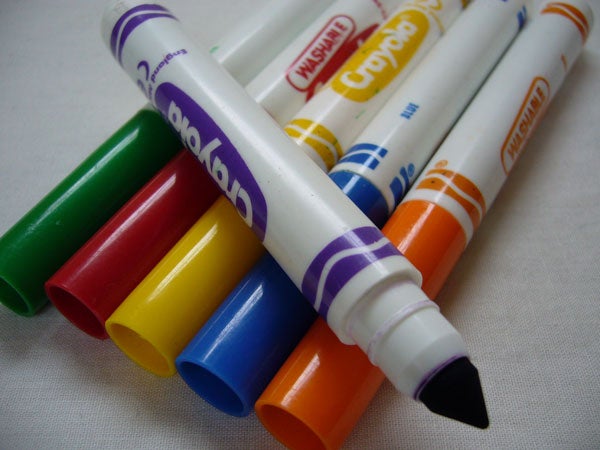 The FX3 has a macro range of 5cm. Useful but not particularly unusual. 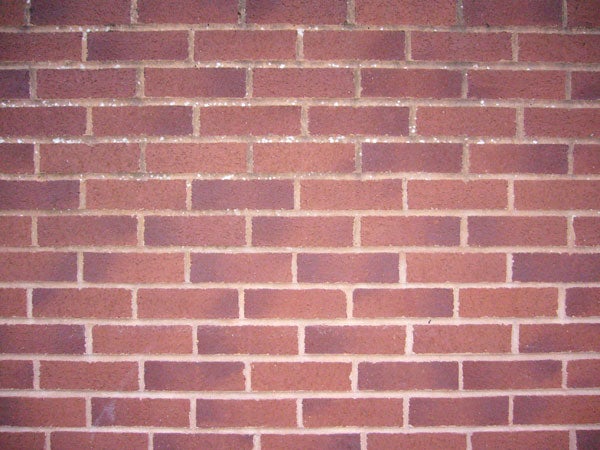 The Leica lens produces some barrel distortion at wide angle, but the image is sharp right into the corners.