Panasonic has made some impressive cameras over the last few years and has been at the forefront of technology that now comes on many other manufacturers models, notably with the introduction of Image Stabilisation, which features on all its cameras as standard. It’s no surprise then to see the technology employed on the FS5 from the company’s latest range of digital compacts. 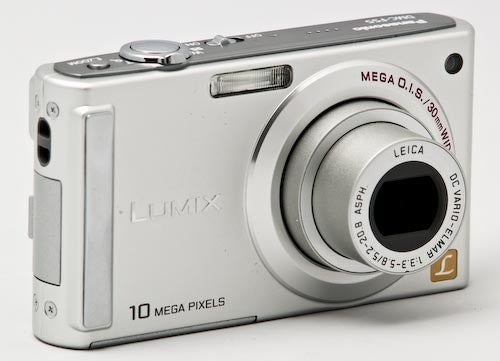 While it may look like just another digicam, albeit a small and attractive one, there’s more to this 10MP compact than meets the eye. The FS range (also including the new FS20 which features a larger 3″ LCD) is similar in most respects to Panasonic’s FZ range, with the notable addition of a wider lens, offering the equivalent of 30mm in 35mm terms. This makes it ideal for those looking to shoot landscapes or large groups, or if you need to pictures in more cramped areas than usual. The wider angled lens is also ideal for adding drama to images, especially useful to the more creative photographer.


Panasonic hasn’t reduced the telephoto end though, offering an equivalent of 120mm, ideal for portraits and close ups. The added advantage of the Panasonic lens is that the Image Stabilisation is there to reduce camera shake, caused by using slow shutter speeds when the light is poor or from simply holding the camera at arms length to take pictures. 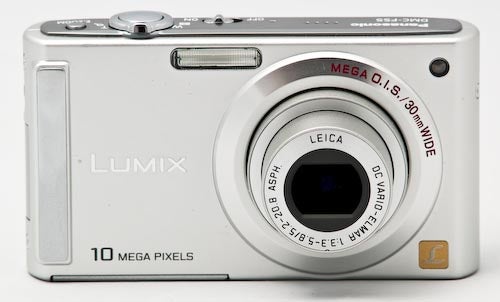 Panasonic has added more to this than just a lens though. The sensor is new, as is the processor, now upgraded to the Venus Engine IV, which Panasonic claims offers better resolution and low image noise in low light.


Older technologies, grouped under the Intelligent auto menu, that we’ve seen before in Panasonic cameras include face recognition, so the auto focus can quickly identify a persons features and automatically lock onto them; as well as automatic scene recognition, where the camera recognises the subject to be photographed, for example landscape or portrait and so on and sets the camera setting accordingly. Incidentally the camera has a vast array of 20 scene modes.

The camera also features the motion detection function from the last line-up, which automatically recognises if the subject Is moving and sets the appropriate the ISO speed and shutter. Similarly the shake detection counteracts the camera shake caused by slow shutter speeds or low light photography.


In terms of low light the camera offers a user selectable range covering ISO 100-1600, while in high sensitivity mode the range covers an impressive ISO 400-6400, set automatically by the camera.


The latest addition to the Intelligent auto technologies is Quick AF, which kick starts the auto focus as soon as the camera is pointed at the subject, instead of pressing the shutter halfway. This reduces shutter delay and enables faster shooting reaction times. 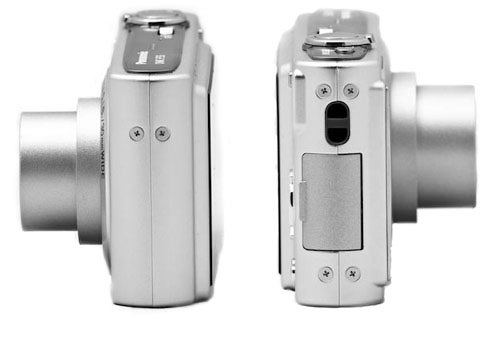 This speed is further enhanced thanks to the fast processing of the new Venus Engine which offers 2.5 frames per second shooting at maximum image size, over 3 frames, or 5 frames in basic JPEG mode. Reducing the image size speeds up this process even more, at 2MP for example the camera offers 6fps for the capacity of the card, depending on the speed of your memory card.


The FS5 has several playback functions, either via the 2.5inch LCD screen or via an HD TV, including widescreen viewing (when images are shot in 16:9 widescreen mode) along with a new slideshow function in which music can be added.


The intelligent LCD function automatically adjusts the brightness of the screen to match that of the ambient light, making, according to Panasonic easier viewing of images whether in bright light or darkened rooms. 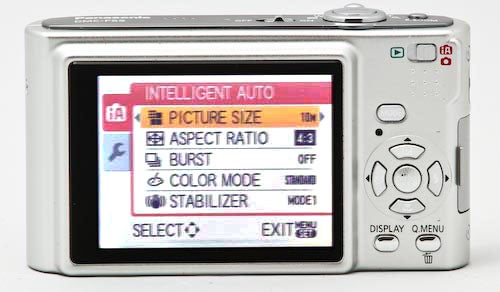 Panasonic is one of the major battery manufacturers in Japan and the Lithium Ion battery included with the FS5 is said to offer an average of up to 280 pictures before needing recharging, though this is variable depending on flash and LCD usage. The company is also one of the founders of th Secure Digital media format, so the camera accepts both SD and SDHC media, as well as the older MMC cards. There’s also 50MB of internal memory should you fill your memory card.

The metal shell of the camera has a pleasant matte sheen, with gloss details and the slim profile is impressive considering the 4x zoom lens that’s enclosed in the case.


It’s one of the smaller cameras on the market and easily fits into a shirt pocket, yet is just as easy to hold, with small but mostly easily pressed buttons, thanks to their raised profile. A n exception is the menu button, which is set almost flush into the body but can still be easily pressed. 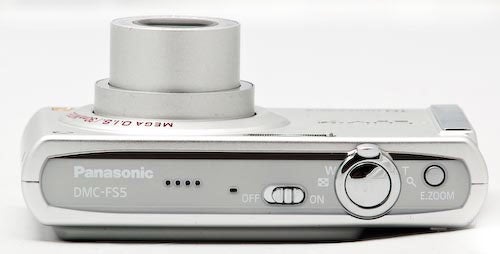 The top plate features the power switch the shutter release button with a zoom ring around the outside. It’s a little tricky to get an accurate zoom action thanks to the stepped and over eager speed of the lens action, but I’d rather have a faster action than a ponderous zoom. A new addition on the top plate, and to the range is the E-Zoom button, which quickly extends the zoom from the wide to telephoto in one press. Press again and it goes back to wide. Lovely.


On the back of the camera is the 2.5″ LCD. It’s not the biggest on the market, (the FS20 is identical but with a 3″ LCD), but it’s bright and fairly easy to see in most conditions. I had some trouble in very bright sunlight, partly due to the highly glossy screen, but on average it’s one of the best I’ve used.

The menu system has had a slight makeover since the last round of Panasonic cameras, with an easy to read and bright system, with a white background and black tyeface, with large type. A smaller quick menu is also available for those users that like to play around with the photographic controls.


Images are pretty good for a Panasonic, usually notable for their high noise levels – especially on higher resolution models. Lower ISOs are fine, and even ISO 800 is relatively clan. By ISO 1600 though the noise reduction system turns the images a little mushy. They’re usable but detail gets lost as the NR attempts to hide any image grain. 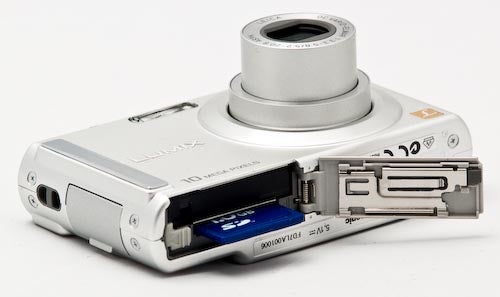 Colour is good, with punchy and saturated colours, they’re warmer than some cameras, but tests have shown that consumers prefer this, so it’s understandable.

The 10MP sensor captures plenty of detail and the lens maintains good sharpness across the image frame, with minimal image falloff at the picture edges, though there is signs of very faint fringing in some areas on close inspection. On the whole the images are pretty sharp though I found the macro mode’s focussing accuracy can be hit and miss. On the other hand the face recognition is very good and always hit the spot.


The built in flash is useful and along with the exposure system I rarely got a duff exposure.

This is a good-looking camera with some genuinely useful technology under the bonnet, rather than the gimmicks found on other cameras. I’m not generally a fan of many high-resolution compacts, finding images can look too ‘digital’ but the Panasonic FS5 produces natural looking images with plenty of punch and not too much noise. 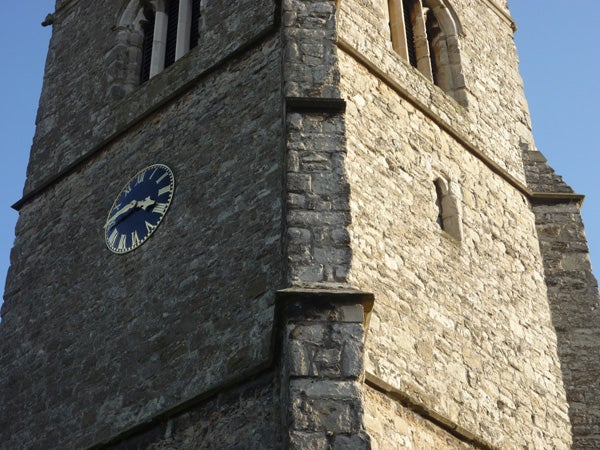 This is a full-frame image at the minimum 100 ISO. 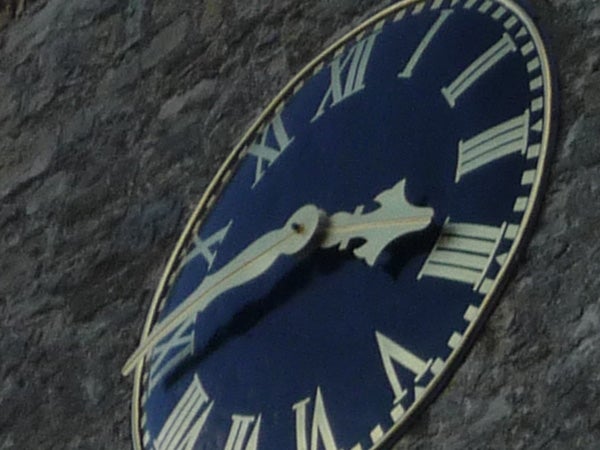 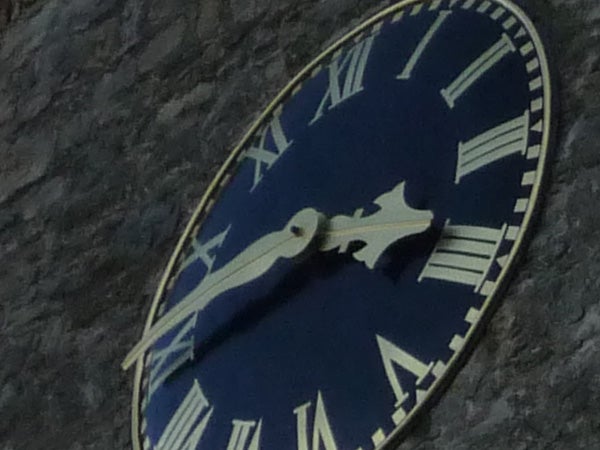 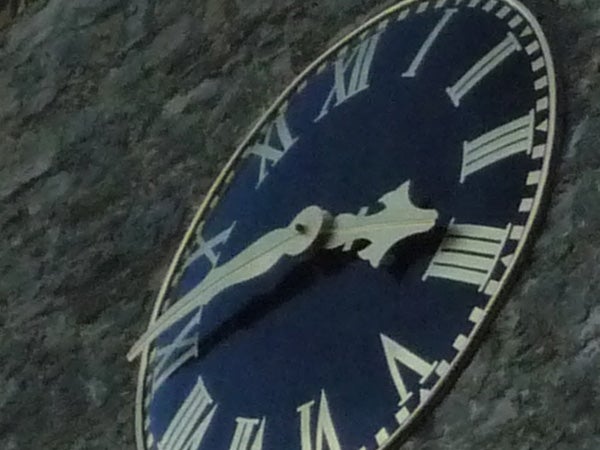 ISO 400. This is where noise usually shows in Panasonic cameras, but it’s not bad here. 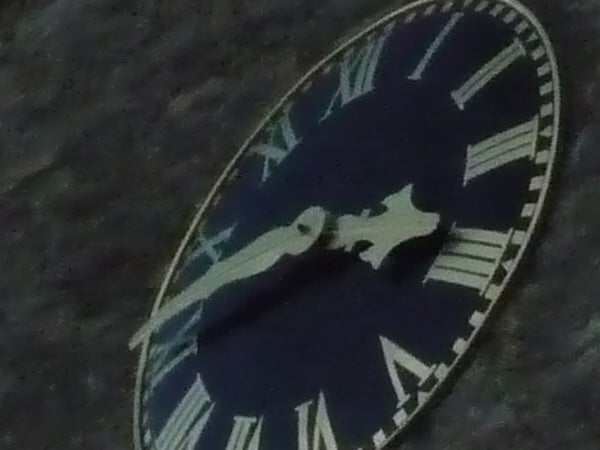 ISO 800. Even this high, the noise is well controlled. 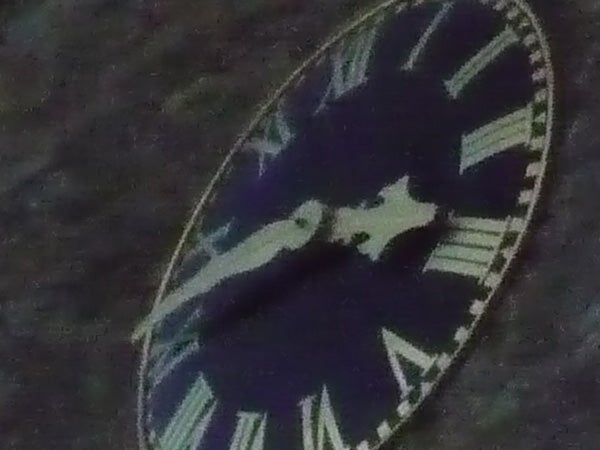 ISO 1600. Image detail goes a little mushy as the noise reduction kicks in. 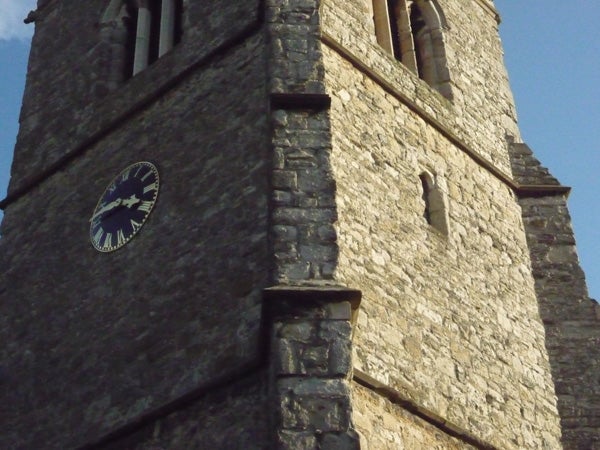 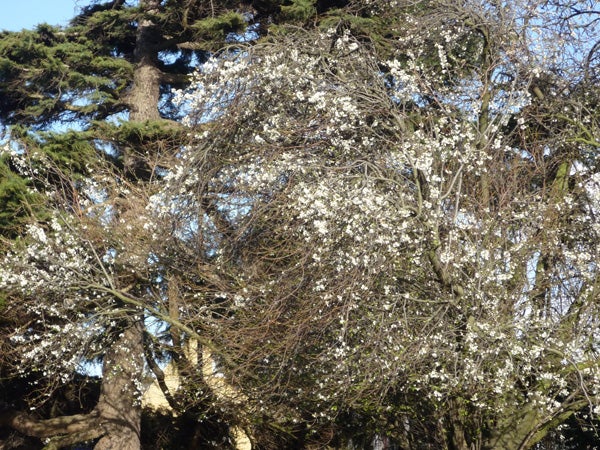 Here’s a general shot to evaluate the overall level of detail. Click on the image to download the full-size version, or see the crop below. 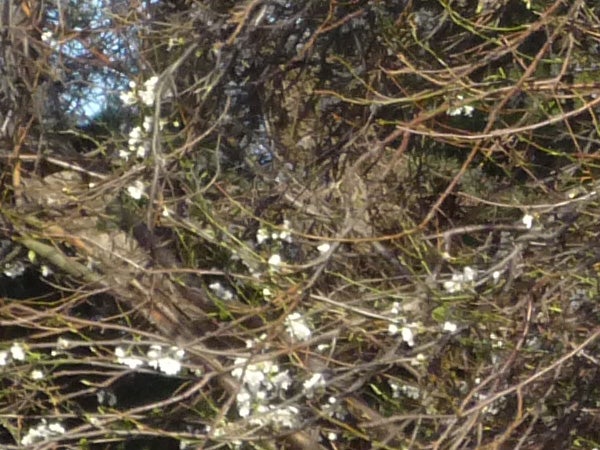 Plenty of detail is captured though there’s signs of fringing in some areas. 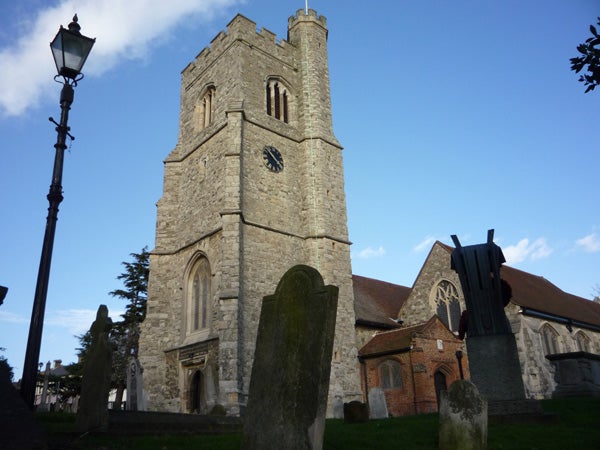 Exposures are good even in contrasty conditions. 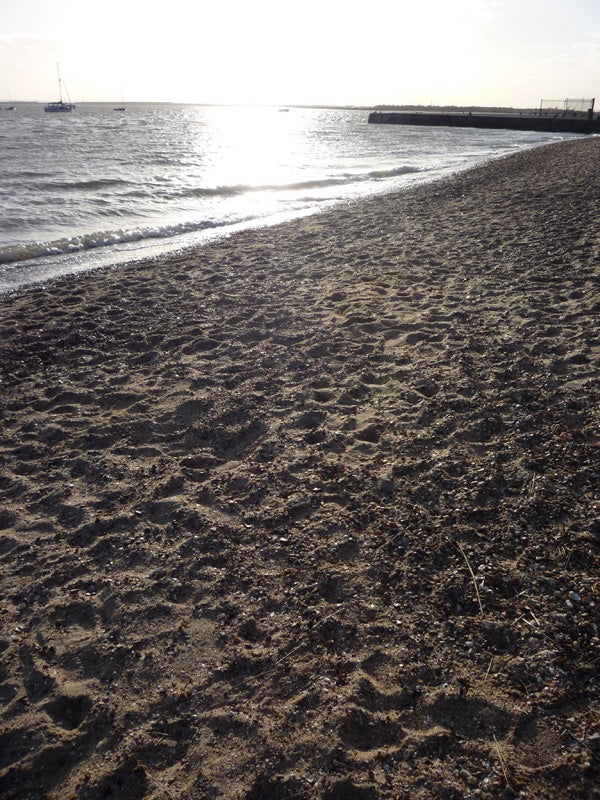 A difficult shot to capture but the Panasonic just about pulls it off. 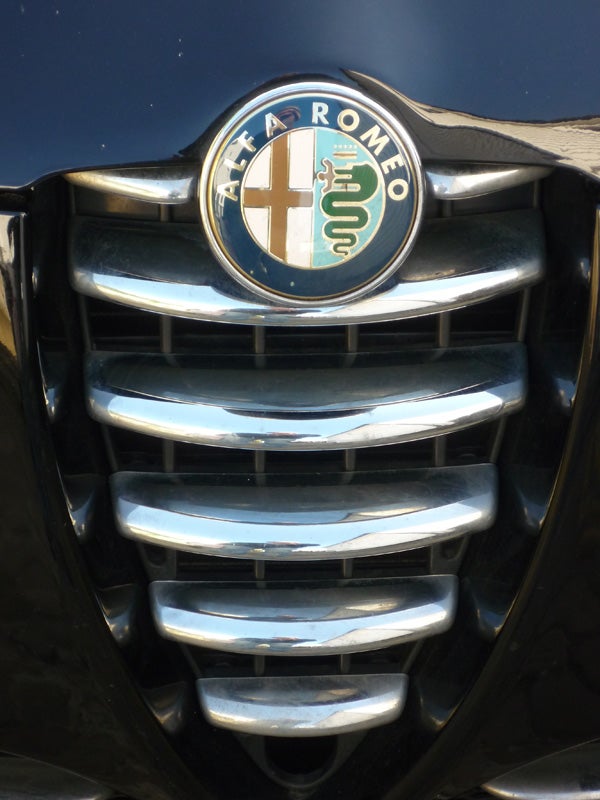 The FS5 manages to maintain good colour in this shot. 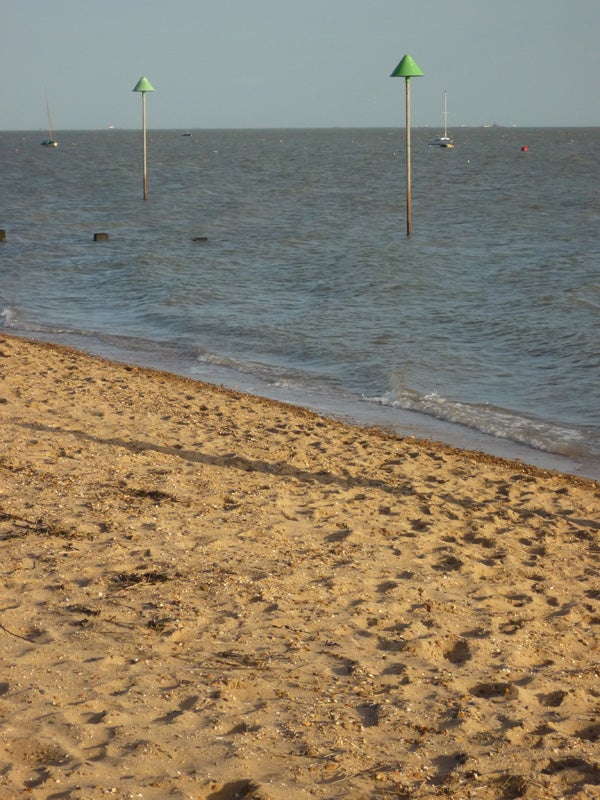 White balance is generally good, but images err on the side of warm. 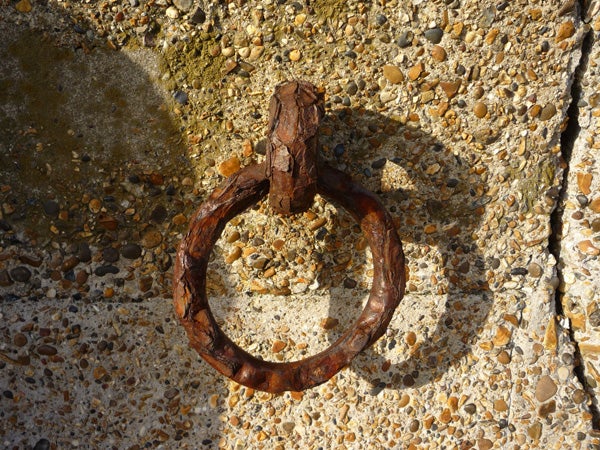 The images maintain good sharpness throughout the field. 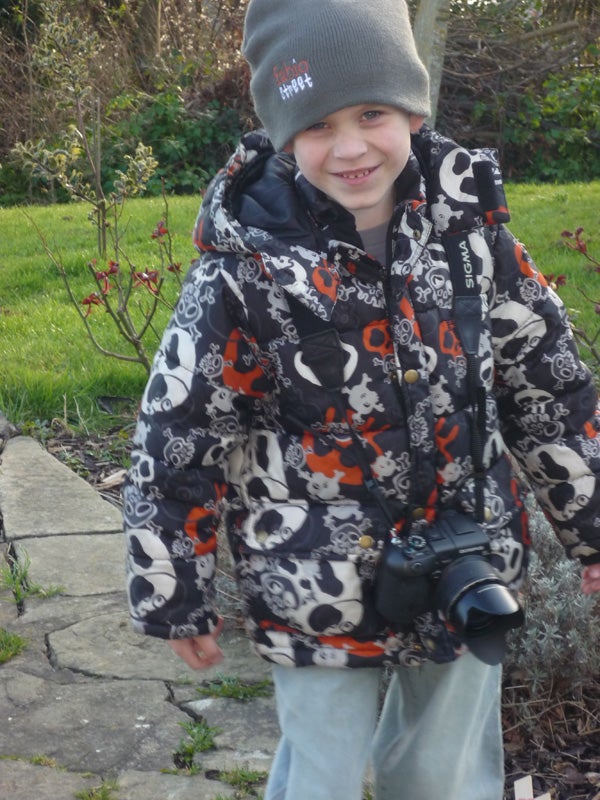 The flash works well in daylight and the face detection is impressive.