Panasonic has an unusual position in the digital camera market. While most other manufacturers have both premium and budget ranges, the Japanese electronics giant has ignored the lower end of the scale and concentrated on high-price, high spec compacts. Commercially this makes a lot of sense, since companies like Pentax, Kodak, Samsung and Nikon have found to their cost that there’s little profit in sub-£100 models, while Canon, Sony and Panasonic win accolades for their premium models. 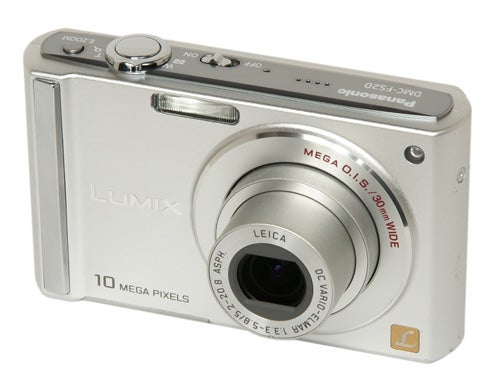 In terms of its specification the new Lumix DMC-FS20 is fairly close to average for current compact models. It has a 10.1-megapixel 1/2.33 inch CCD sensor, a 4x zoom lens with a wider-than-average 30mm equivalent minimum focal length, and a big 3.0-inch LCD monitor. It has an all-metal body, Panasonic’s acclaimed Mega O.I.S. optical image stabilisation system and a range of easy-to-use features including Intelligent Auto and Intelligent ISO. It’s a nice looking camera too. Panasonic seems to be moving away from the vaguely deco-styled design theme that it was following a couple of years ago toward a more practical style that, while still attractive, is somewhat easier to handle. 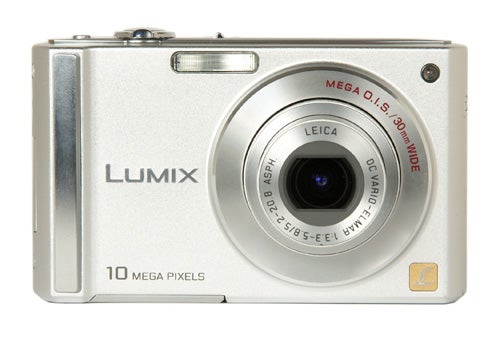 You do get a fairly decent portion of camera for your money though. While it is a little larger and heavier than a real ultra-compact at 94.9 x 57.1 x 25mm (not 22.9mm as the online specs state) and 154g including battery and card, it is still a very sleek and pocketable camera. Build quality is always a Panasonic strong point, and the FS20 is a very solidly made camera. The body is all aluminium with a nice semi-matt finish (also available in black) and chrome highlights. The shape of the FS20’s body incorporates a small finger-grip on the right hand end of the front panel. It has a hard angular edge and isn’t the most comfortable shape in the world, but with a small thumbgrip on the back it does provide a good secure grip. 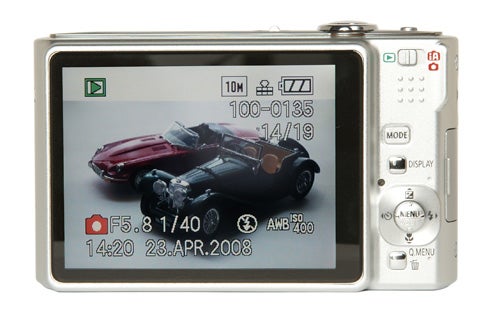 The control layout has some interesting points. Panasonic seems to have abandoned the rather fiddly little mode dials of its previous models in favour of a mode button and on-screen menu, which is easier to use and less prone to accidental jogging. However this does mean that the FS20 has no fewer than three distinct menu systems, which is perhaps two too many. It has a quick menu providing access to common shooting options including stabiliser mode, drive mode, AF mode, white balance, ISO setting, picture size and LCD mode, as well as a main menu which duplicates some of these options and adds several more, including aspect ratio, compression quality and colour mode. The FS20 also eschews the usual D-pad in favour of a small mushroom-shaped joystick for menu selection and navigation. This actually works very well, and is much more responsive than some similar systems from other manufacturers. The zoom control is a rotary bezel around the shutter button, and is nice and responsive, at least when zooming in. The main on/off switch is a small slider, which has a nice positive action and is unlikely to get switched on by accident in your pocket. 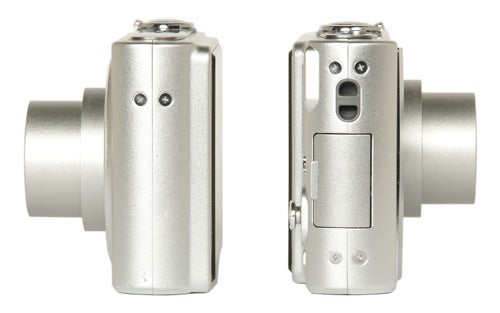 The main feature on the rear of the camera is of course its huge 3.0-inch, 230k dot LCD monitor. This is nice and bright, with a good fast refresh rate, but the acrylic cover is highly reflective leading to some glare problems in bright sunlight that even the boosted brightness of the Power LCD mode doesn’t really solve. The standard angle of view is also rather restricted, at approximately 110 degrees. There is a high-angle option though, which alters the viewing angle of the screen for situations when you need to hold the camera over your head, such as shooting over crowds.

The FS20’s overall performance is reasonably good, although not outstanding. It starts up in just under three seconds, which is a little on the slow side, while shot-to-shot time in single-shot mode is approximately two seconds, about average for a camera in this class. It has a burst mode which shoots up to three shots at just over two frames a second, and a continuous shooting mode which averages just over one frame a second, again about average for a premium compact. The autofocus system is fairly quick, although there doesn’t appear to be much difference between the standard mode and the “high speed” mode. It does slow down noticeably at longer zoom settings and in lower light conditions, but on the whole it is accurate and reliable.

Panasonic’s optical image stabilisation system is one of the best on the market, and the FS20 is capable of producing shake-free shots at shutter speeds as low as 1/30th of a second at maximum zoom, not too shabby for a focal length equivalent to 120mm.


Image quality too is generally good, but not without a couple of small issues. Exposure metering is excellent, colour rendition is pretty much spot on and the white balance copes well with different lighting conditions. The Leica-branded lens is up to the usual high standard, with excellent corner sharpness and minimal distortion at all focal lengths. The overall level of detail is very good, but there is a slight softness that is probably the result of image processing rather than the lens. Dynamic range is a little limited, as is common with small-sensor 10MP cameras, with a tendency to burn out highlights in high-contrast shots. Panasonic seems to have tweaked its noise reduction software for this model, with results somewhere between Canon’s and Fujifilm’s systems. Colour balance remains consistent up to the maximum 1600 ISO, but the system blurs out fine detail at higher settings. Nonetheless it produces good printable pictures at 800 ISO, which is pretty impressive by any standard. 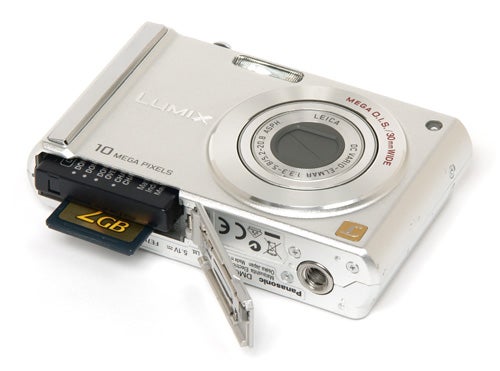 The Lumix FS20 is a companion model the the FS5, offering a larger LCD screen and slightly better handling. Build quality is excellent, and the overall design is functional but attractive. It is a point-and-shoot camera with a limited but sensible range of features, and performs well in most situations, with good low light capabilities. Image quality is also good, but the price tag is a little high for a rather average specification. 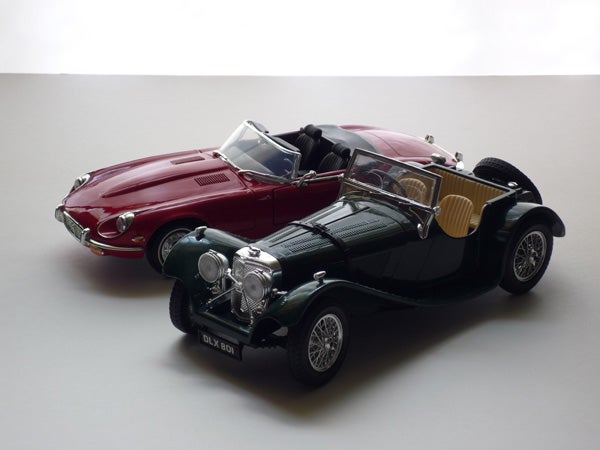 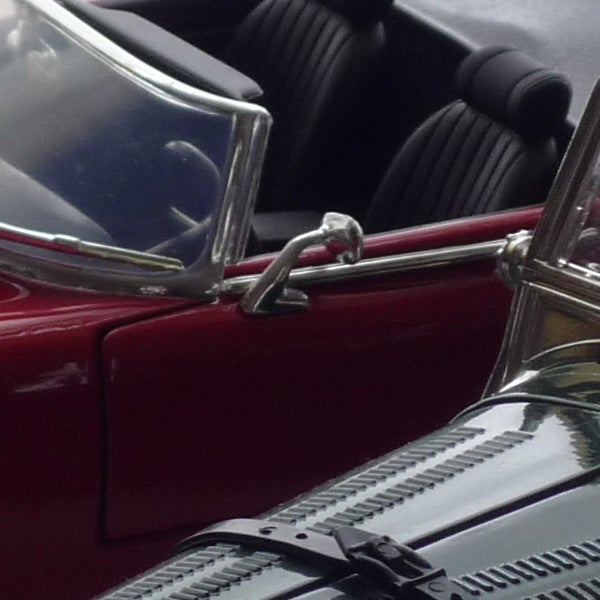 At 100 ISO the image is noise-free, but there is a little softness to the edges. 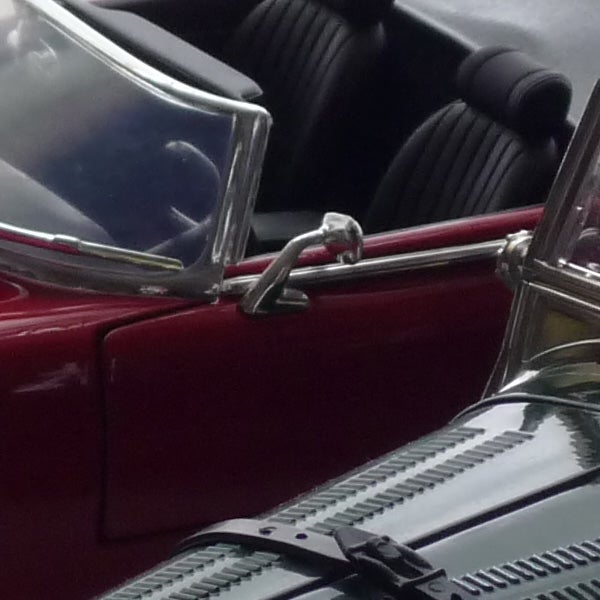 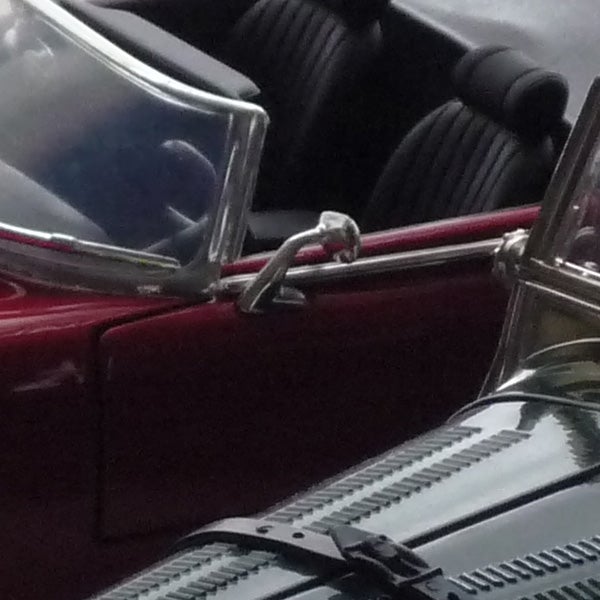 The noise reduction is starting to kick in at 400 ISO, fudging out some fine detail to reduce colour noise. 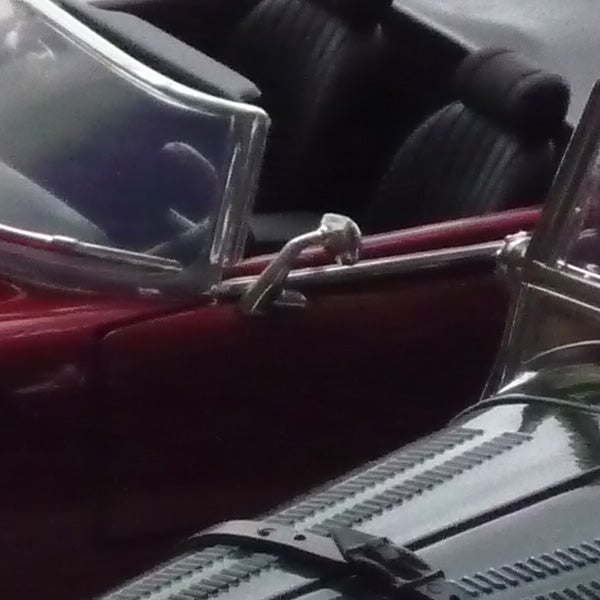 Surprisingly good results at 800 ISO. This is quite printable. 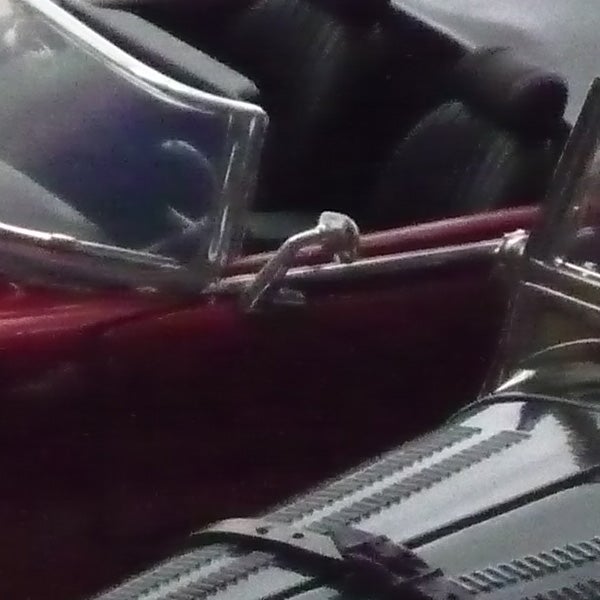 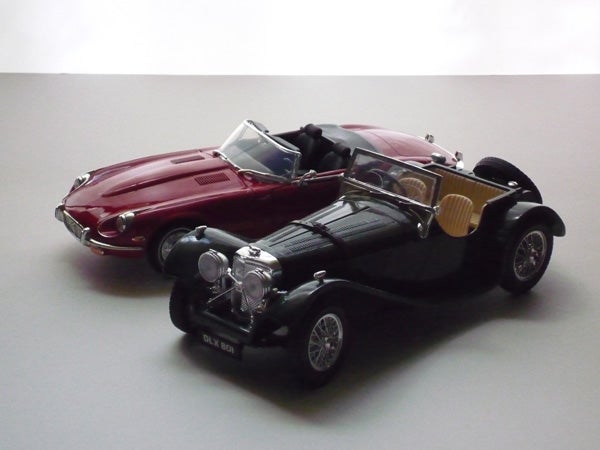 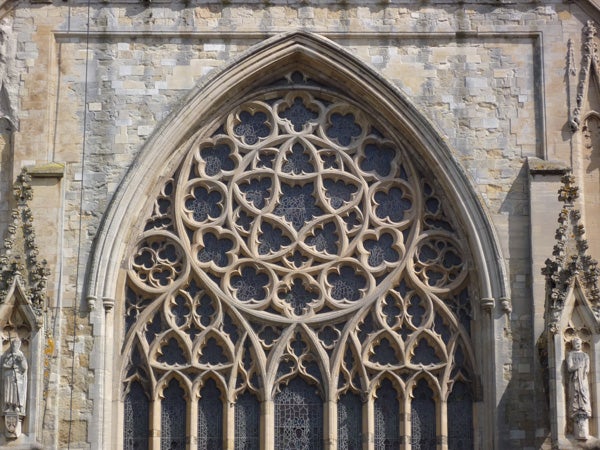 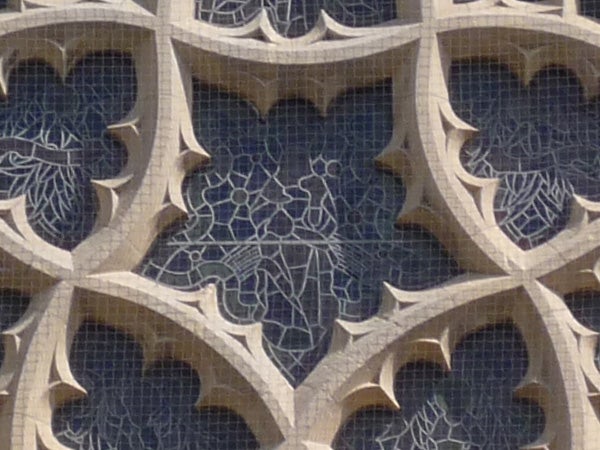 The overall level of detail is very good, but there is a slight softness to the image, probably a result of processing. 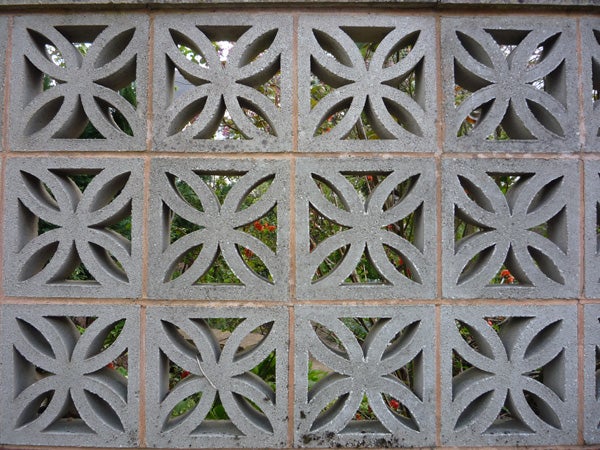 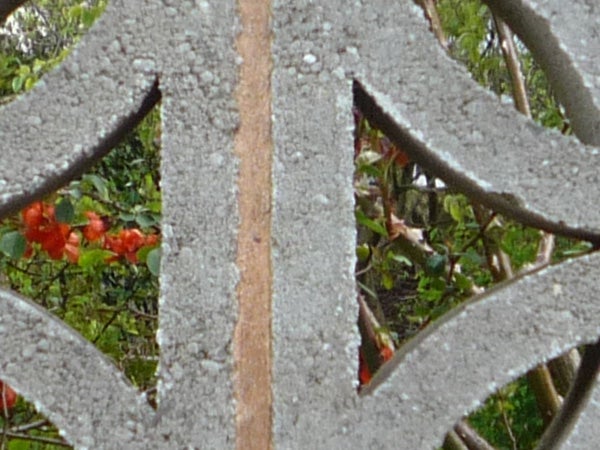 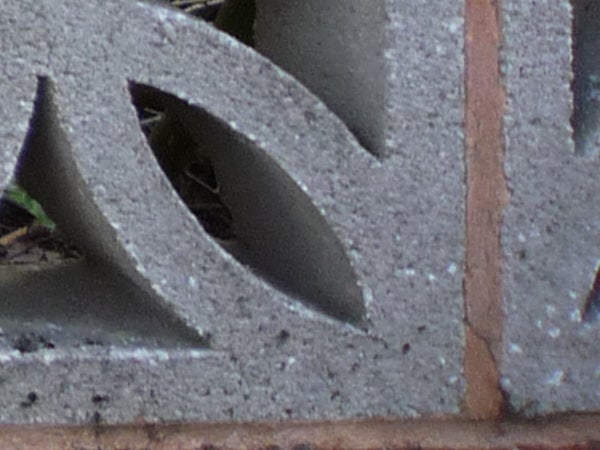 Corner sharpness is also excellent, only fading in the very far corners of the frame. 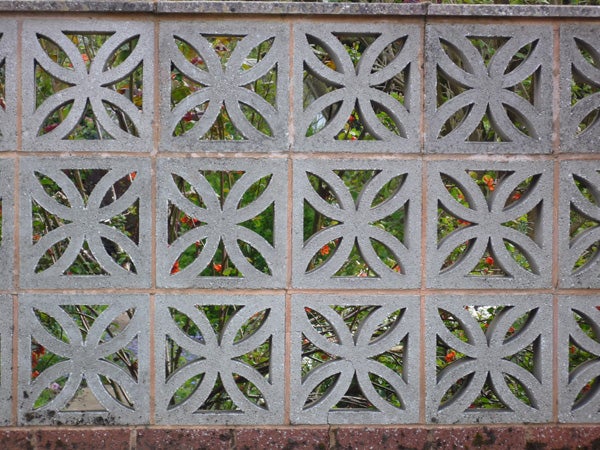 At the telephoto end of the zoom there is almost no pincushion distortion. 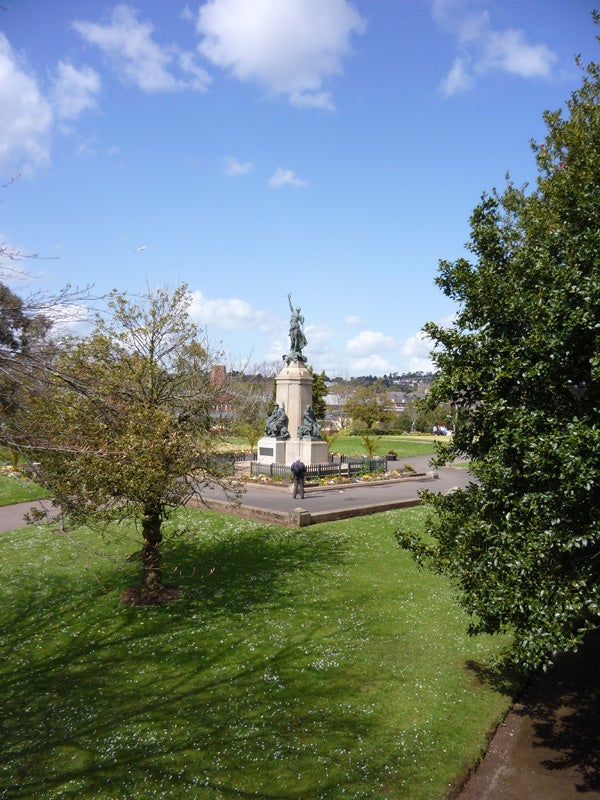 The 30mm wide-angle end of the zoom range is a bit wider than most compacts. 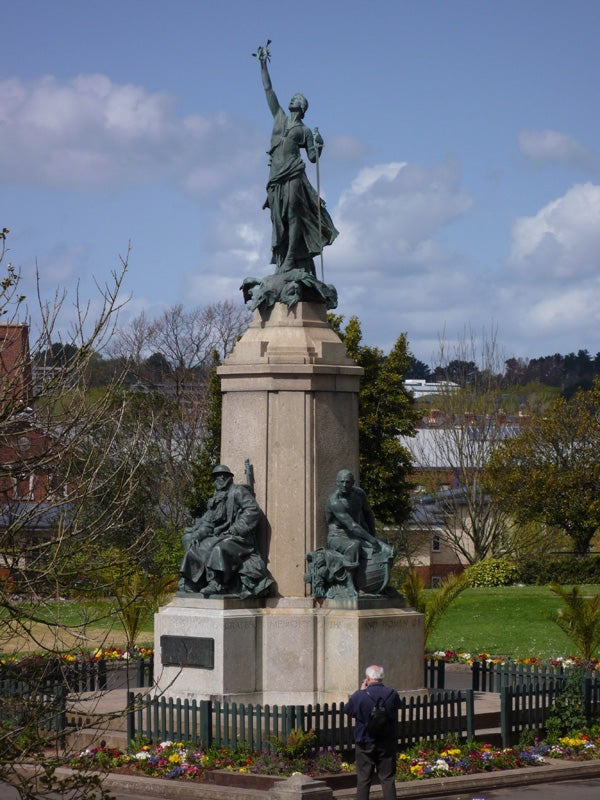 The telephoto end of the 4x zoom is equivalent to 120mm. 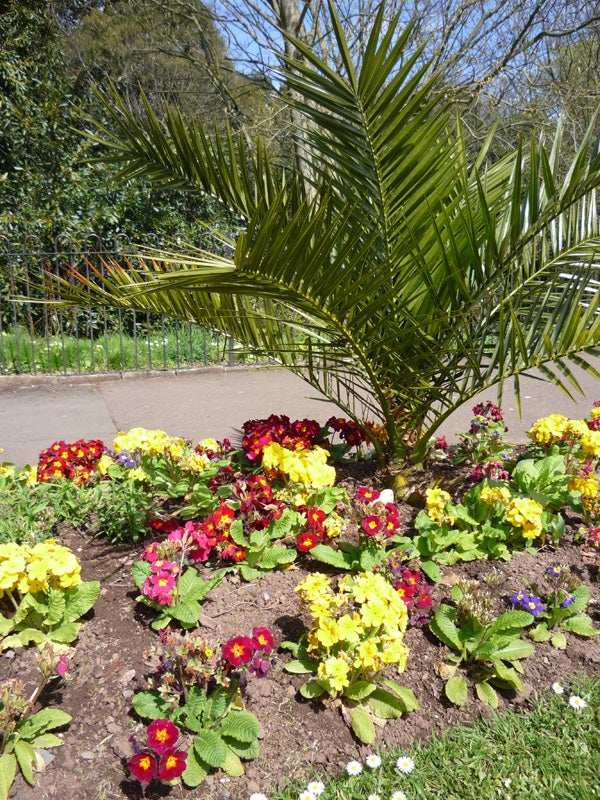 Colour rendition is good, but highligh detail is a bit lacking in the bright yellows. 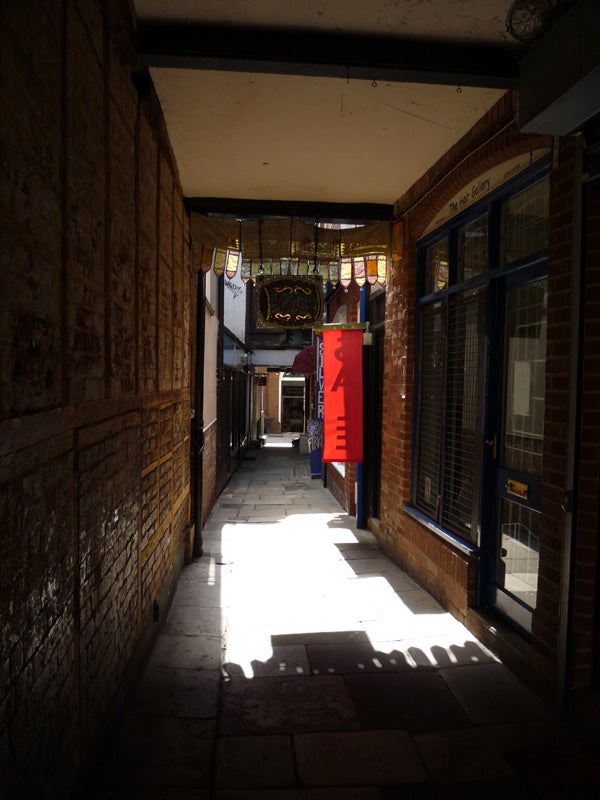 Shadow detail is good for a 10MP small sensor, but the highlights are burned out. 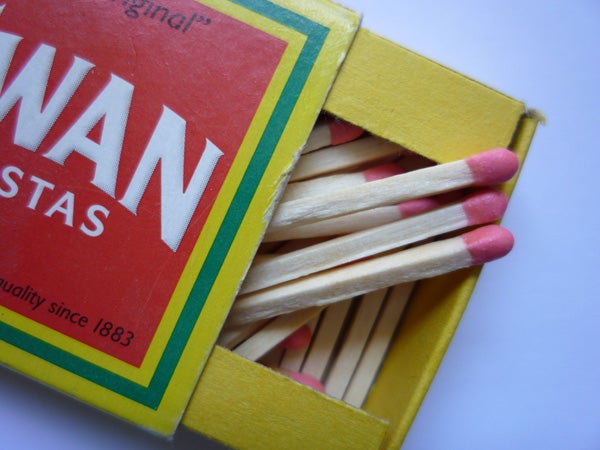