When Panasonic introduced its tiny Lumix DMC-GM1 compact system camera late last year, it found itself with an unusual problem. With the body shrunk so far that the lens mount took up its entire height, most lenses ended up looking disproportionately large on it. Aside from the tiny 12-32mm kit zoom and a handful of primes, most Micro Four Thirds lenses are larger in diameter than the GM1 is tall, and it won’t even sit flat on a table with them mounted.

To address this, Panasonic is making a couple of suitably small new lenses, including a 35-100mm telezoom that’s due later this year.  The other is the new Leica DG Summilux 15mm F1.7 ASPH, which is a premium wideangle prime having a 30mm equivalent angle of view. It’ll be sold in a kit with the GM1, and on its own. It will, of course, work on all Micro Four Thirds cameras from both Panasonic and Olympus.

The 15mm is a premium product, and Panasonic has gone out of its way to differentiate it from its existing 14mm f/2.5 pancake lens. The aperture is, of course, faster by a little more than a stop, and can be controlled using a physical ring towards the front of the barrel. In front of this is a bayonet mount, normally covered by a cosmetic ring, which accepts the matched conical lens hood.

Autofocus is handled by a stepper motor, which is extremely fast end effectively silent. It’s possible to pull focus during movie shooting with no obvious motor noise on the soundtrack, which is impressive given the proximity of the GM1’s built-in microphones to the lens. The manual focus ring is electronically, rather than mechanically, coupled and is activated by a focus mode switch in the lens barrel. Once upon a time, focus-by-wire systems didn’t work very well, but this one is excellent and allows extremely precise focusing. 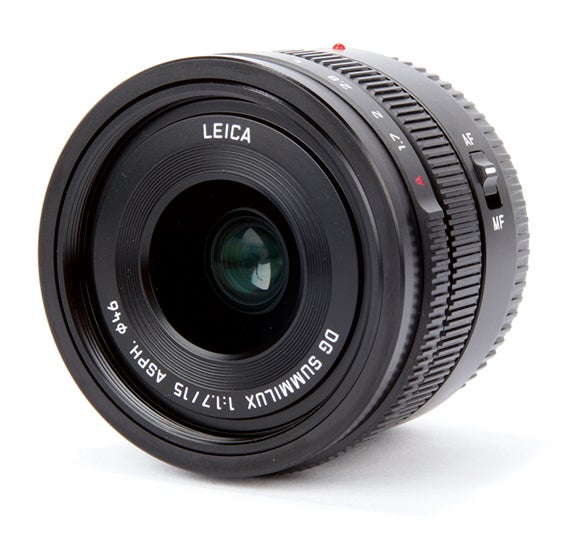 Panasonic’s older Leica-badged Micro Four Thirds lenses didn’t feel particularly special, with the rather run-of-the-mill plastic barrels not really living up to the label. By contrast, the Summilux 15mm f/1.7 is beautifully constructed, with an all-metal barrel and finely engineered controls making it feel and behave more like a ‘real’ Leica. The aperture ring has click stops at 1/3 EV steps, which are sufficiently firm that it shouldn’t get moved accidentally, but not so stiff as to make it awkward to change. It can also be set to ‘A’, which transfers aperture control to the camera body if you prefer. Meanwhile, the focus ring rotates with a silky smoothness.

The addition of the aperture ring transforms the handling of Panasonic bodies that have only a single dial, particularly the GM1. It positively encourages experimenting with the aperture for creative effect, and I found myself shooting wide open more frequently, aided by the GM1’s impressive electronic shutter. This gives speeds up to 1/16000sec, meaning it’s possible to shoot at f/1.7 in bright daylight. Overall, the GM1 and 15mm f/1.7 make a lovely combination.

Unfortunately, though, Olympus cameras don’t recognise the aperture ring at all, so you have to use the camera’s controls as normal.  Hopefully, Panasonic and Olympus can work together to solve this via firmware updates.

It’s worth noting that while the lens appears quite large when mounted on the GM1, this mainly reflects the camera’s minuscule size. The Summilux is in fact petite, measuring 36mm in length and 58mm in diameter and weighing just 115g, which makes it almost exactly the same size as the Olympus 17mm f/1.8 (and therefore one of the smallest lenses around). With its traditional design, it gives a particularly classic look on Olympus OM-D models. 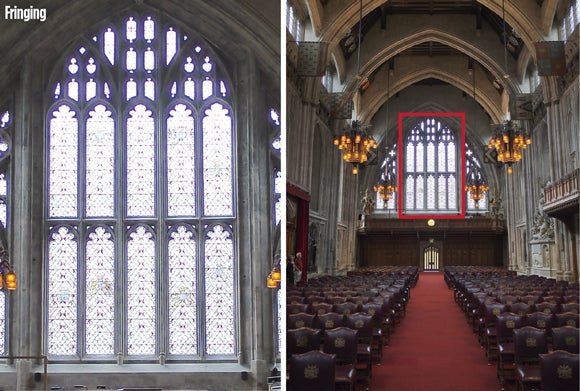 Image: The Summilux generally shows very impressive image quality, but can be prone to colour fringing when at its largest apertures

In practical use, the 15mm is a solid performer that produces attractive images shot after shot. At its optimum apertures – around f/4 to f/5.6 – it delivers images that are sharp and clean from centre to corner of the frame, with lots of fine detail. It’s perhaps not so blistering sharp at larger apertures, but it’s still very competent indeed, although purple fringing around high-contrast edges can become very obvious at these settings.

The lens shows visible vignetting wide open, but because the fall-off pattern is gradual across the frame, it’s not pictorially unpleasant. Geometric distortion is minimal in normal use, although closer examination reveals that the lens relies on the modern approach of software correction to achieve this. Traditionalists may decry this, but it’s worth bearing in mind that it allows other optical aberrations towards the edges of the frame to be corrected more fully.

When shooting directly into the sun, the lens shows few problems with flare, with minimal loss of contrast most of the time. Relatively unusually for a wideangle, out-of-focus backgrounds are rendered in a smooth and attractive fashion, although you’ll need to get pretty close to your subject to get significant blurring. 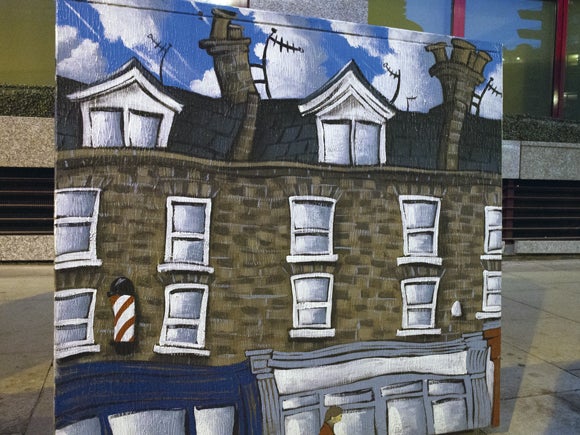 Image: The lens delivers impressive image quality in a relatively small package, and its fast aperture is good for low light

MTF tests reveal a lens that has reasonably high contrast at f/1.7, but which struggles to resolve very fine detail – this isn’t at all unusual for a fast prime. The centre sharpens up considerably at f/2.8, with the corners about a stop behind. Best results come at f/4-f/8, with diffraction softening the image thereafter. 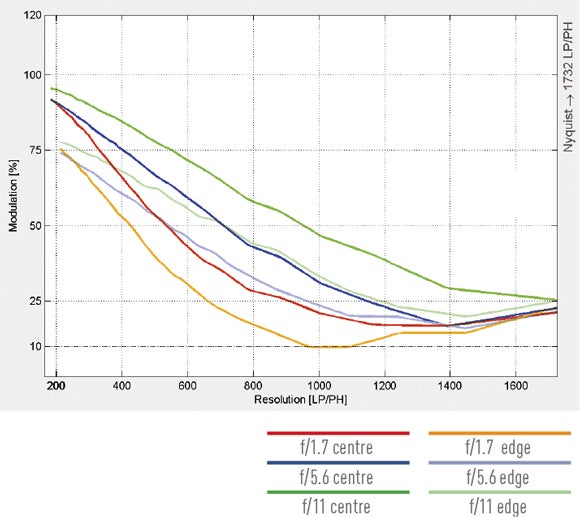 The Summilux shows visible shading wide open, but the gradual fall-off profile means that it’s much less objectionable than lenses that vignette abruptly in the corners. Stopping down to f/2.8 can effectively eliminate shading. 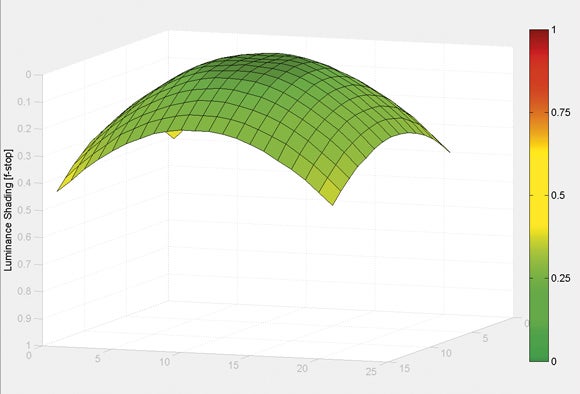 In normal use, the 15mm shows negligible distortion, with near-perfect rendition of straight lines along the edges of the frame. Delving a little deeper shows that this is achieved by automatic correction of barrel distortion. This is applied both in-camera and by most Raw converters, and most users will never notice it. 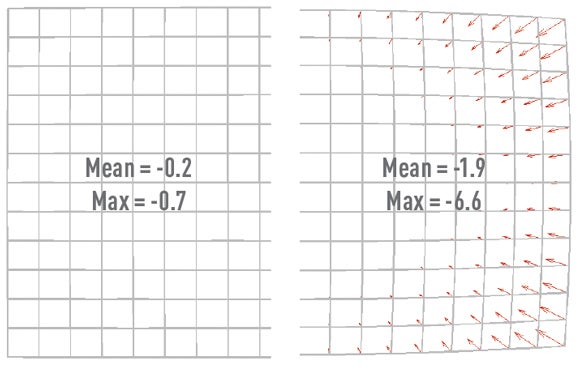 I’ve really enjoyed shooting with the Summilux 15mm f/1.7, and found it to be an accomplished performer in day-to-day shooting. It autofocuses with lightning speed and unerring accuracy, and produces attractive images shot after shot. Its biggest optical flaw is purple fringing wide open, but this isn’t unusual for a fast prime, and can be mitigated by careful post-processing.

The lens’s exquisite construction and precise controls give it the feel of a product from an earlier era, despite the fact that in reality it’s fully electronic rather than mechanical. The aperture ring is a lovely touch for Panasonic users, making smaller single-dial cameras like the GM1 and GF series much more pleasant to use. It’s a real pity that it doesn’t currently work on Olympus cameras, though.

Overall, the 15mm is an interesting addition to the Micro Four Thirds system, offering a wider alternative to the Olympus 17mm f/1.8. It’s expensive, but I don’t think many buyers will be disappointed with its performance.