4K For The Masses

One of the biggest surprises at the current IFA technology show in Berlin was the announcement by Panasonic of a new range of entry level 4K/UHD TVs: The AX630 series. So naturally we rushed along to their stand to take a look at the three models the series comprises.

These sets come in 55, 48 and 40-inch versions (the 40-inch model is also the smallest 4K TV we’ve come across so far), and they’re all driven by Dual-Core Plus processing systems to boost picture processing as well as help Panasonic’s Smart TV features skip quickly along.

These features include Panasonic’s two big smart advances for 2014, TV Anywhere (where you can access your TV’s tuners and recordings via tablets, phones and laptops from anywhere in the world) and Freetime (where you can access catch up TV via a single superb Electronic Programme Guide that tracks back as well as forward). 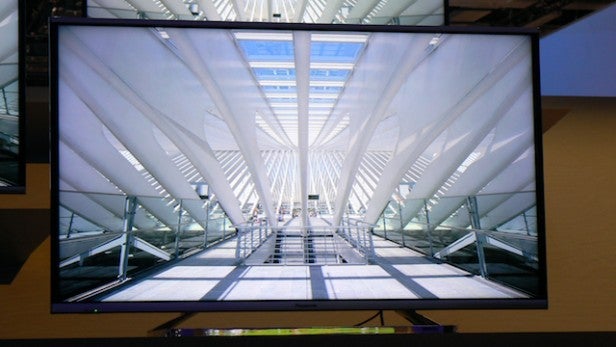 The AX630 series look attractive, though they’re not as premium in their design as the step-up AX800 models. The slender frames look less smartly finished and aren’t as robustly built, and the stand, while cute, is a more conventional open metal frame affair than the striking full-width ‘extension’ effect delivered by Panasonic’s higher-level UHD TVs.

Panasonic is fairly frank during its discussions of the AX630 series about the fact that it’s brought the screens in because it really felt it had to, to join some rival brands in filling a potentially popular hole in the TV pricing market. As a result, they feature a few significant compromises versus the AX800 series.

For instance, there’s no local dimming to improve the black level response of the panels. Also motion processing is restricted to a 1200Hz emulation rather than the 2000Hz emulation of the AX800 series.

The AX630s do, though, carry HDMIs capable of handling 4K at 60 frames a second, and the new HDCP 2.2 anti-piracy standard. 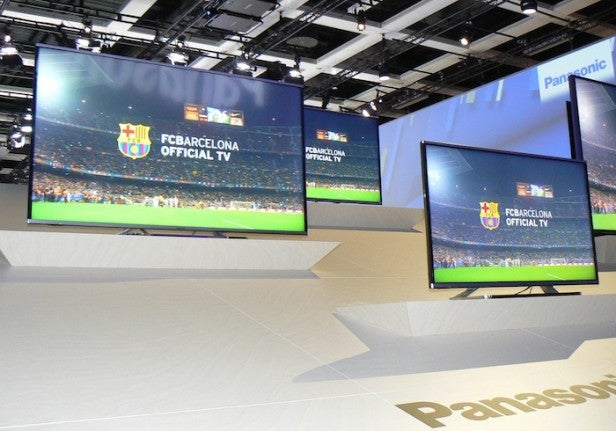 On its IFA stand Panasonic had bravely set up the X630 series alongside its much higher end AX802 and AX902 series – a decision which perhaps didn’t do the affordable newcomers any favours, to be honest.

For instance, as you would expect the X630 series’ colours don’t look as vivid, dynamic or accurate as those of its siblings thanks to their not using a wide colour gamut panel.

Native UHD sources don’t look quite as detailed and sharp as they do on the AX800 models either, partly due to reduced colour resolution, partly due – we suspect – to their lack of any Hexa Processing, and partly due to a noticeable increase in lost resolution over movement in the UHD frame.

Of course, if the AX630 series didn’t exhibit some picture quality step-down versus Panasonic’s high-end models then they’d be the biggest bargains ever and would make the more expensive models redundant! Plus it’s important to stress that on all the models – even, crucially, the ‘tiny’ 40-inch one – the impact of their UHD resolution remained joyously apparent. There’s no question of Panasonic’s new budget models not delivering on the UHD advantage.

Nonetheless, in the absence of any firm pricing information to accompany the AX630 launch we were a bit surprised by just how much of a step down in quality they appeared to deliver. We’re certainly now hoping for/expecting some seriously aggressive pricing when the sets appear at the end of October. Watch this space.