The Zire series from palm was born to offer low cost PDA computing to the masses. But Zires grew up and, like children, they got complicated and lost their naïve charm. For example, the last model, the Zire 72, offered music playing and a built in camera. Somewhere, palm lost the whole concept of what the original Zires were all about: low cost, low learning curve PDAs with uncomplicated features and ease of use.


This was possibly because it differentiated between a Zire range for consumers and a Tungsten range for professionals. But the Zire and Tungsten division is no more. There is a bit of naming myopia at play in the fact that palm can’t quite lose the Z from Zire or the T from Tungsten – take a look at our review of the company’s other new handheld, the T|X, to see where the Tungsten range has landed – but it has gone back to the original principle behind the Zire range with the Z22. 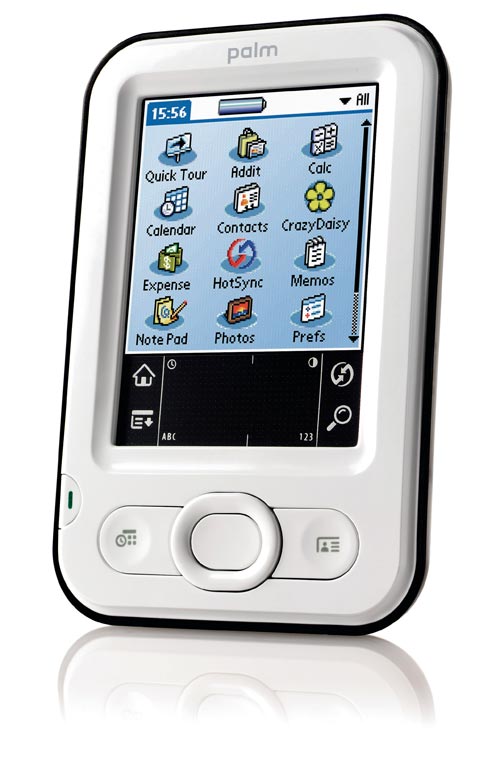 All of which should alert you to the fact that the key with the Z22 is not to expect the earth. Come to this device with your eyes wide open, and you should be very pleasantly surprised.


First off, let’s note that this PDA is a real stocking filler price. At £79 (and a bit cheaper if you shop around), it’s a snip, and palm has had to be careful about the features it packs in to make the price. So let’s get a brief list of what you don’t get out of the way first.


There is no Wi-Fi or Bluetooth. No way to expand on the built in memory using a flash card. No camera. No way to remove the battery if you want to have a charged spare on hand. No headphones jack so don’t even think of using it for music. No microphone, so you can’t record voice notes.


What you do get is a very small and pocket friendly, trendy-white fronted piece of kit with enough built in applications for it to act as a paper diary and address book replacement, with some added features to boot. In fact, the publicity information pushes the idea of the Z22 as a personal organiser rather than as a handheld computer.


It is important, then, that palm provides its Palm Desktop software as part of the package. With this you get the capability to install extra software to the Z22, copy photos to it, and synchronise its built in calendar, contacts and tasks software with Outlook on your PC. If you aren’t an Outlook user, and many people who decide to choose the Z22 might not be, then the uncomplicated Palm Desktop can act as your diary, contacts and tasks manager instead. The point, then, is that you get all you need for desktop and PDA Personal Information Management (PIM) for your £80.

Which brings me to the built in software. The operating system is Palm OS Garnet 5.4, and pre-installed are Calendar, Contacts, Tasks, Memos (copes with text based notes), Note Pad (you write notes and draw direct to the screen with this one), Expense (for money management), World Clock, Photos, Calculator, and a game called Crazy Daisy. It’s enough to fulfil the personal organiser function and do a few more odds and ends, but not to get into the bells and whistles side of PDA computing.


Getting more technical about things, the Z22 is not going to break any records. The screen, for example, offers a disappointing 160 x 160 pixels, and while the viewing area is small – it’s just 2.4-inches corner to corner – it is not small enough to hide the pixellation. It’s not very bright either, and it has a shallow viewing angle. It’s definitely out of last year’s box of components.


The Samsung 200MHz processor seems up to the task. It only has to manage fairly low level activities – there’s no need for it to play music or video for example, and it didn’t seem stretched during the testing period.


When it comes to memory palm has provided just 20MB for the user. This might sound piffling to a hardened PDA user, and it is all you’ll ever have, because as I’ve already noted there is no support for a flash memory card, but it should be plenty for the PIM data of most ordinary folk and leave room to spare for a few copied across photos.


There are just two hardware shortcut buttons, where PDA users are generally accustomed to four or more. These buttons open the Calendar and Contacts software. A navigation pad with a central select button and the on-off switch which destroys the symmetry of the front of the casing by sitting on the lower left edge, completes the crop of hardware buttons. Beneath the screen sits the silkscreen area, with an additional four shortcut buttons (Home, Menu, HotSync and Find), and space for you to write stuff which gets translated automatically into editable text. 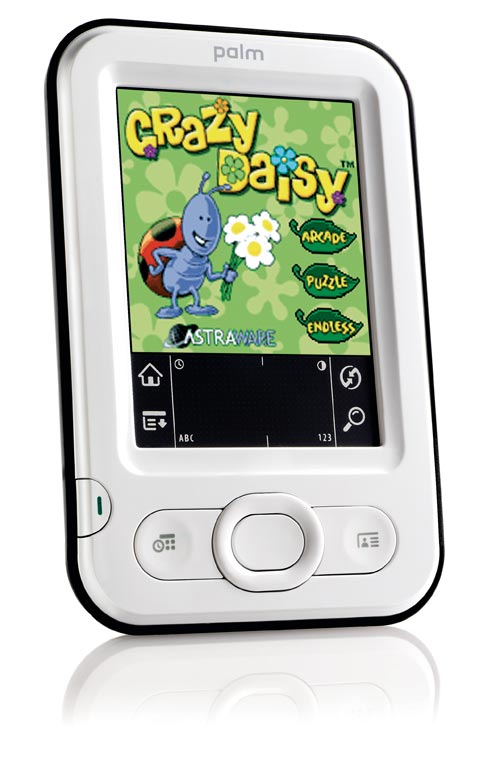 The stylus, incidentally, is one of the areas in which palm lets itself down. It is far too light and flimsy. There are a couple of other nags too. Would have been so expensive for palm to include a power charge light so that you know without having to switch the Z22 on and check the battery icon whether the battery is fully charged or not? Ditto a soft case, which would have really helped the user experience. And a printed quickstart guide, bearing in mind that this may well be many people’s first experience of a PDA, would have gone down a treat.


Those added elements might have contributed a few pence to the overall cost, but I think they’d have improved the user experience a lot.


It has its faults, but nit picking aside if you analyse the Z22 from the point of view of a newcomer to PDA-land, who wants a simple electronic organiser, then the device stacks up fairly well, both in terms of costs and features.