So, Palm has finally decided to launch its Centro in the UK. We’ve had a bit of a wait since it appeared in the US last September, but at least you can get it SIM free at launch rather than being tied into an exclusive deal with a particular operator.


This is the first Palm OS based device for ages. Sorry to be so unspecific but I really did have to trawl my archives to find the last one.


It turns out to have been the Treo 680 which appeared way back towards the tail end of 2006. In between then and now we’ve had two Windows Mobile devices, the Treo 750 and the Treo 500 both of which were Vodafone exclusives at the start. 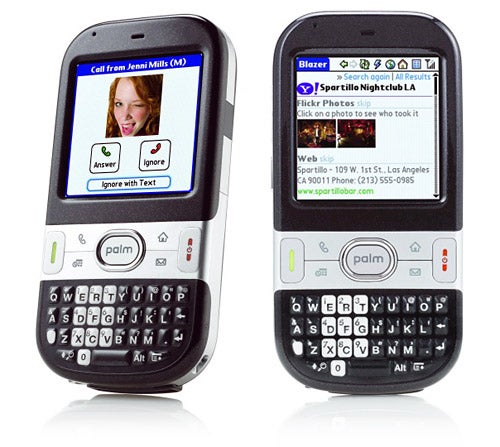 This is hardly what you’d call a prolific launch policy and with the continued dominance of Windows Mobile and the rise of S60, Palm has faded away in the minds of many as a smartphone manufacturer.


Is the Centro going to do enough to get Palm back to the centre stage position it once had?


Well, before I even switched the Centro on I had some doubts. Checking Palm’s US Web site I found the Centro to be available in white, pink, red and black. However in the UK black is the only colour available. Are we not worthy of a wider array, then, Palm? 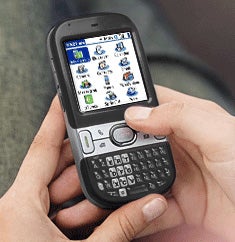 The Centro is aiming to take on the consumer market where the Treo line was more business focussed. The fact that we loose out on the colour options in the UK detracts from the consumer friendly image a bit, as does the fact that despite Palm’s insistence that this is their smallest and lightest phone centric device it is still no match for the keyboard-equipped BlackBerry Pearl series which is similar in footprint but considerably thinner and lighter. For the record the Centro weighs in at 121g and measures 107 x 53 x 19mm.


On the other hand the Centro offers a full QWERTY mini keyboard in contrast to the Pearl’s SureType based one. That keyboard is comprised of fairly large keys closely spaced and individually raised and rounded. It is probably the smallest a QWERTY keyboard can get and remain usable, and even I, with very small fingers, found it difficult to type accurately at my usual texting speed.

When it comes to the screen Palm has stuck with its familiar square format cramming 320 x 320 pixels into an area measuring 2.2 inches corner to corner. In size terms the screen is a lot smaller than you’d expect on a Windows Mobile handheld, and close in dimensions to the Pearl’s. Importantly, though, and unlike the Pearl, the Centro has a touchscreen.


Between screen and keyboard the shortcut buttons are thankfully large and taking and ending calls and switching between Home, the dialler, calendar and messaging centre was easy to do. 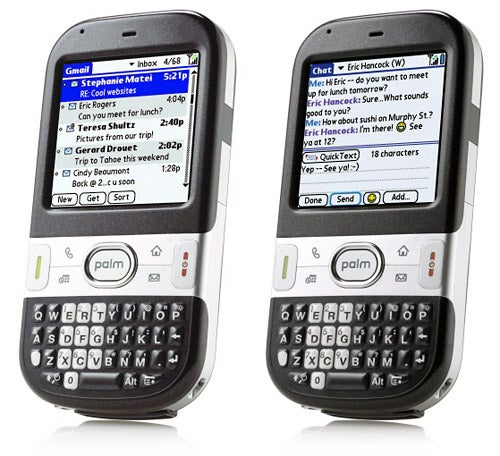 The Centro is a quad-band handset with GPRS and EDGE but no 3G. It has infra red and Bluetooth built-in but no Wi-Fi. Palm has always been shy of Wi-Fi and rarely builds it into its devices, though I had hoped it might have overcome the fear this time round. It has 64MB of user storage and a microSD card slot for adding more. You get to the slot by removing the battery cover.


The camera is way back in the dark ages. I’ve been saying for some months now that 2-megapixels is entry-level for a smartphone, and along comes Palm and slaps a 1.3-megapixel camera in the Centro. With no flash and minimal effects and settings the camera is way behind much of the smartphone opposition. 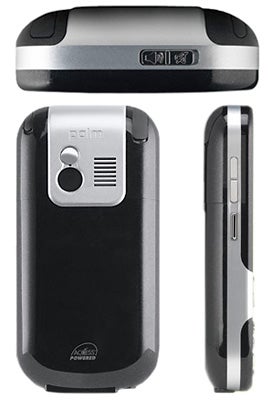 Another area where the Centro disappointed was battery life. The Centro comes with a music player, and I ran my usual battery rundown test for mobile phones and smartphones, getting the Centro to play music non-stop for as long as it could manage. This turned out to be five and a quarter hours which is average in comparison with other smartphones I’ve tested over the last year or so.


While on the subject of power, Palm continues to stick with its proprietary mains power adaptor and PC sync cable connector. This is likely to prove really irritating if you already carry a mini USB charger or like to use that USB cable which is always plugged into your computer. The 2.5mm, one piece, poor quality headset also annoyed me. I think Palm really does need to take a look at where the market is in these respects and learn to follow some trends. On the other hand, the mute button on the top of the casing and customisable button on the left edge are both welcome features.

The Centro runs on Palm OS 5 and there is a lot of built-in software. I have to admit to having a soft spot for the Palm approach to software and user interface design, finding it generally easy to get around within applications.


Even though there doesn’t seem to have been a lot of development work done on the core software since the last Palm OS device launch, the ease of use factor is high enough and the functionality great enough to give this aspect of the device a big thumb’s up. 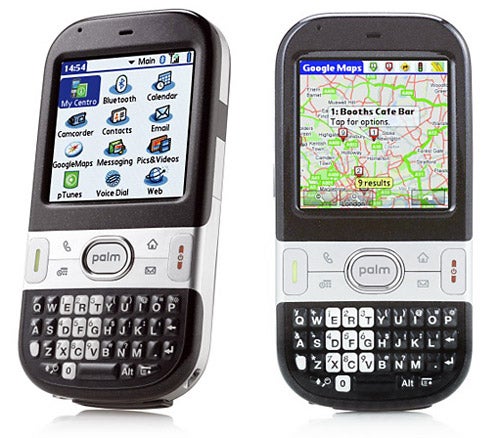 For example, there is a lot to be said for a simple array of application icons on screen which can be viewed as a complete list or in themed categories such as the pre-defined games, multimedia, and utilities, or grouped into categories you define yourself.


Moreover, pretty much all you could want from a smartphone out of the box is here, with calendar, contacts, email and messaging, memo taker and task manager. In addition, Documents To Go is pre installed, giving you access to document reading, editing and creation in Word, Excel, PowerPoint and plain text. There is also the already mentioned music player, a voice recorder, Web browser and pre-installed Google maps. Mobile email comes courtesy of VersaMail which can collect messages from POP accounts and works with Microsoft Exchange for office based push email.


Even though Palm devices have been thin on the ground lately there is an army of third party software you can add to the mix to bulk out the pre-installed stuff. 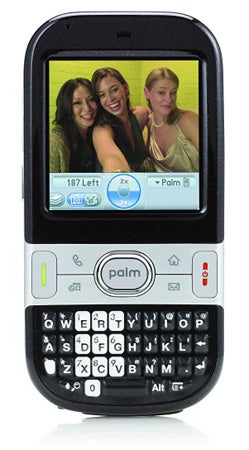 
The Palm software has always scored big on ease of use in my book, and it does so again here. But the hardware suffers from a cramped keyboard, small screen and proprietary interfaces. Without Wi-Fi or 3G it lags behind the leaders in the Windows Mobile and S60 camps too.


It is great to see Palm back with a new product. But with no cutting edge features Palm has returned with a fizzle rather than a bang.