Every year, there’s some kind of Christmas gadget that’ll get you excited, even if it may quickly end up consigned to the bottom of a drawer and the back of your mind. This year’s potential dust-gatherer is Sphero. It’s a little ball with what its makers like to call a robot inside. And there’s more than just a hint of genius to the idea behind it.

Sphero is a blank canvas of a gadget, which is certainly not what you’d expect from the look of the thing. When not powered-up, it looks like a basic white ball. A toy.

In some respect, Sphero is a toy, but it is a lot more than that too. It’s a fully programmable device, both at a level that those who can’t code can get on with, and for app or game developers too. There’s an SDK that lets those with the skills incorporate Sphero into other bits of iOS and Android software.

Starting with the basics, though, Sphero is essentially a remote control ball that you can move about using an iPhone, iPad or Android device. Inside the innocuous plastic ball are motors, a gyroscope and accelerometer. This lets the ball judge its orientation, rather than just blindly barrelling forward without knowing whether it’s upside down or not.

Sphero also tells you which way around it is, with the help of lights. There’s a colour-changing LED inside the ball that lights-up half of the Sphero with a glow – or just about any colour in the rainbow. There’s also a separate blue LED used in the setup process, letting you easily get the ball facing the right direction. 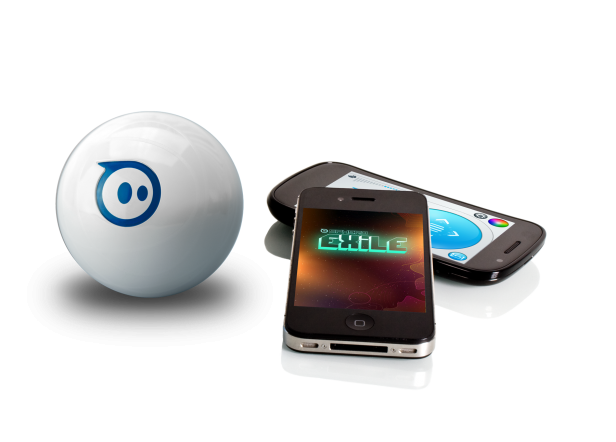 First of all, though, you need to connect Sphero to an Android device, iPhone, iPod touch or iPad. It does this over Bluetooth.

A quick double shake of the Sphero wakes the ball up, setting its light show going – after which it’ll be available to connect over Bluetooth if not already hooked-up to an iOS device. Then you’ll need a Sphero app. 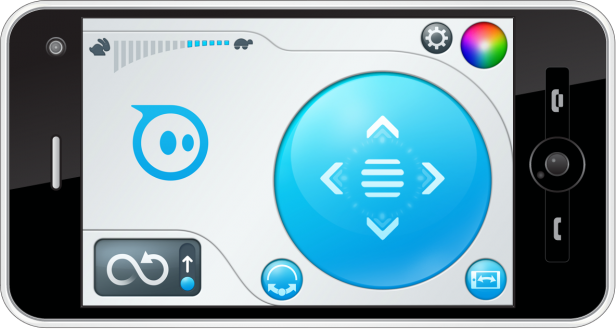 The generic Sphero app is called simply “Sphero” and is a free download from iTunes. This is a basic Sphero controller, turning the ball into a futuristic take on a radio controlled car. Given it’s a ball, it’s remarkably easy to control. The fairly powerful motors inside not only let Sphero move about at a fair lick, they give it control over its balance too.

You can control Sphero with a virtual joystick or using your iOS device’s internal accelerometer. It’s all very good fun, for a short while. And you can also change the colour of the ball’s light within this app, with a full palette of shades. 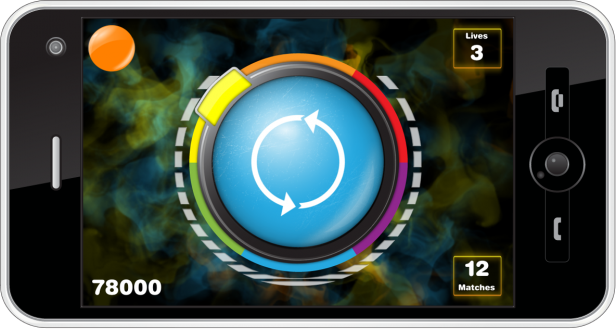 If this was all Sphero was, we would find it hard not to give the little ball a hard time, given it costs £100. For that price, you could get a pretty serious remote control car.

Sphero is a lot more, though. Its potential is pretty vast, although the question is whether much of that potential will get used.

There are currently around a dozen apps that make use of Sphero. They’re all available from the App Store, but there is a Sphero app store too that brings them all together – although it’s effectively just a set of links to their respective pages on the App Store proper.

On the roster we have Sphero Golf, which asks you to make a pretend golf course in your room, then flick across the touchscreen of your iOS device to act as a thwack of a golf club – making the Sphero itself move. Draw N’ Drive lets you draw a path, which the Sphero then replicates in real life. MacroLab asks you to program a set of commands, from changing the colour of its light and making it move.

There are more dynamic possible uses for the Sphero too, as demonstrated by Sphero Exile. This is a vertically-scrolling arcade-style shooter that uses the ball as game controller. You tilt it back, forwards, left and right to move your space ship around, and twist the Sphero to turn it around – to aim its gun, basically.

Aside from possible wrist strain, it’s an interesting demonstration of what the Sphero is capable of. There’s a lot of clever stuff going on inside this little ball.

Its charging cradle is clever too. The Sphero lasts for a few hours off a charge, and you merely have to drop it into its charge cradle to start topping-up the internal battery – it uses wireless induction charging.

Hardware-wise the Orbotix Sphero is a very neat little package. However, until we start seeing more apps and games appear that make use of the Sphero, it’s hard to recommend at a hundred quid. However, if you’re feeling flush it wouldn’t half make a cool stocking-filler.