The Oppo PM-1 are headphones without compromise. Costing £1100, they will doubtless cause some to complain that they cost more than their first car.

For high-end headphones they’re also exceptionally easy to get on with. The most expensive headphones often refuse to compromise in design as well as sound – no such issues here.

If ultimate levels of detail are what you’re after you’re probably better off with the Sennheiser HD 800, but these are certainly the most accessible headphones we’ve seen at this price. The money is the only real hurdle here. 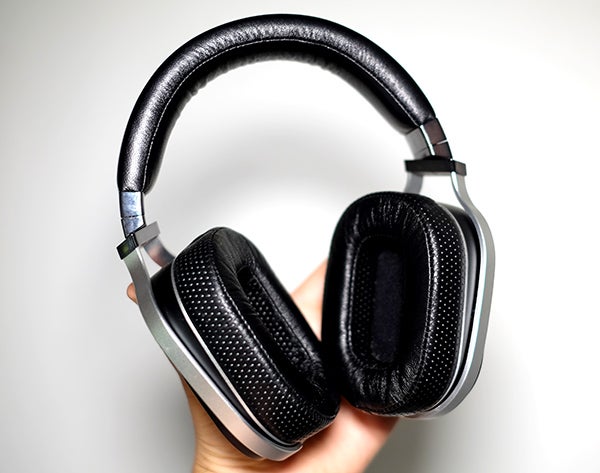 Like most headphones that cost a grand, the Oppo PM-1 are open-backed. The panels that sit on the outside of each cup are perforated, letting the air out. Open headphones give the most expansive sound, but they are also generally the least practical.

One of the best things about the Oppo PM-1 is that they don’t demand to be used in quiet, empty rooms. They’re useless for public transport, yes, but they leak sound far less than most open rivals.

You could get away with wearing these headphones in the office, if you’re willing to deal with the conversations detailing exactly why you decided to spend £1,100 on headphones.

They still let in a lot of sound, though – we’re only comparing the PM-1 to other headphones in their class. 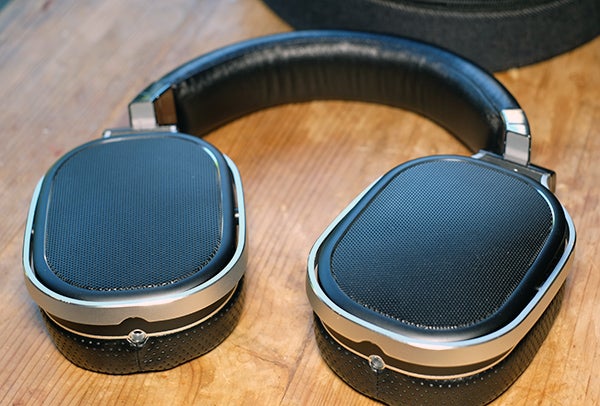 Another great win for the Oppo PM-1 is comfort. They’re exceptionally comfortable, with generous real leather-topped foam pads that light hug your head as if they’re thanking you for being their friend. All-day listening is no issue with the PM-1. In comparison, wearing the Grado PS1000 feels like a test of your endurance,

Then there’s the look. The Oppo PM-1 are refreshingly normal-looking, where high-end headphones often look completely ridiculous. We took them for a jaunt around the Morrisons supermarket, and attracted no unwanted attention. We couldn’t guarantee the same result if you did the same with the space age-looking Sennheiser HD 800. 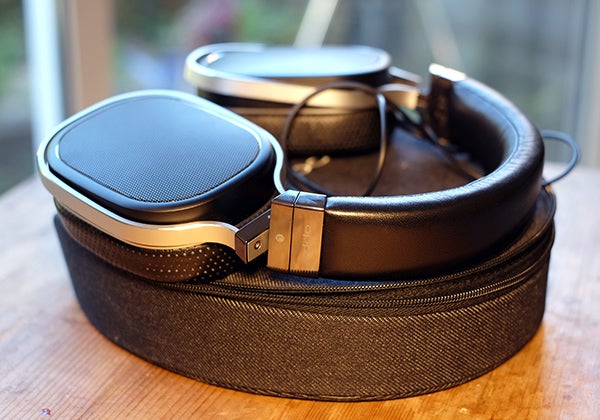 The construction of these headphones is fantastic as well. Using real leather and (mostly) metal makes them feel like a real luxury product. There are a couple of plastic bits, but this appears to be a measure to stop them from becoming too heavy – while not exactly light, they are very light for planar magnetic headphones (which these are).

Step back a bit and the ‘luxury’ does flop over into excess a bit, though. The Oppo PM-1 come in a slightly ridiculous, heavy lacquered wooden presentation box. It’s lovely, but when you look at the upcoming PM-2, you have to ask whether it was worth the added cost.

The Oppo PM-2 cost around £300 less than the PM-1 by ditching the box and replacing a few of the fanciest parts of this model with cheaper alternatives. Some of the fancy metal bevelling will be traded, and the real leather switched with synthetic stuff.

We’d much rather have a headphone stand than a headphone box, which is ultimately unlikely to be used and less likely to cause wear on the earpiece connectors.

Part of this criticism is down to us wishing Oppo hadn’t made headphones as accessible as this in design so inaccessible in price. 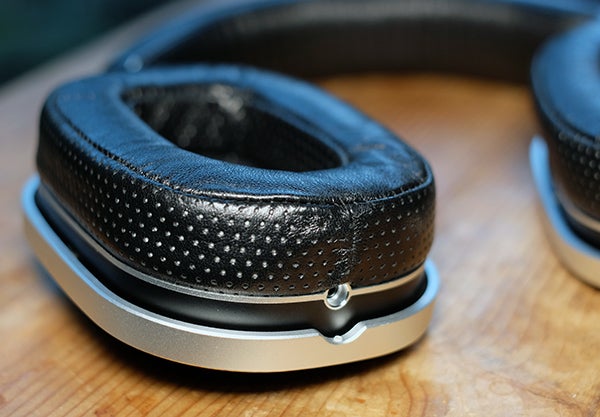 Some other design highlights include the removable 2.5mm jack cables for the earcups. You get two cables in the box, one longer one ending in a 6.3mm jack and the other a shorter 3.5mm cable.

Yes, Oppo wants you to plug these headphones directly into your phone/iPod, at least some of the time. While these headphones are very efficient (ie loud) for planar headphones, you will need to near-max-out the volume in order to get a decent output level, though.

The most important technical thing to note about how the Oppo PM-1 creates sound is that it uses a rather different technology from the standard dynamic driver headphone.

This is a planar magnetic pair, which uses a flat driver rather than a contoured one, with the aim of reducing distortion. It’s quite a lot like an electrostatic headphone in this respect, except that it uses a magnetic force rather than a… you guessed it, electrostatic one to get the driver moving.

The accessibility of the Oppo PM-1 carries on over into the sound quality. 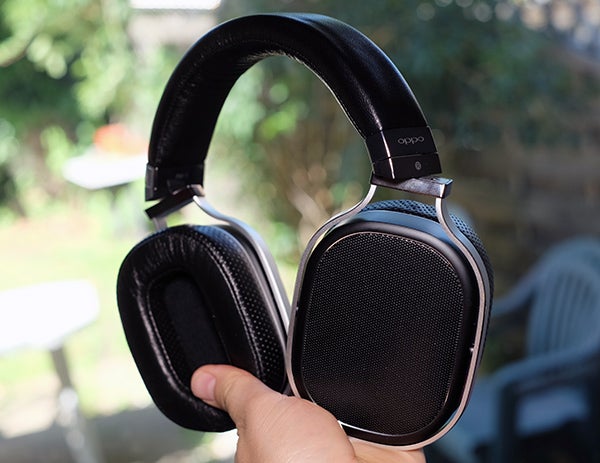 These are extremely nuanced headphones, with the kind of fidelity we’d expect at this price. Some may assume that the PM-1 are out on their own in this extreme end of the price scale, but there are actually a number of long-established options at this level, including the Grado GS1000i, the Sennheiser HD 800 and the lesser-known HiFiMAN planar magnetic range.

To avoid simply gushing about how great the Oppo PM-1 sound, we compared them directly with the Sennheiser HD 800 and HiFiMAN’s original planar headphones, the HE-5.

The Oppo PM-1 are easily the smoothest-sounding of the bunch. A warm mid-range and easy-going treble give these headphones a very lush sound that is very likeable.

Presentation is fairly forward for an open-backed headphone too. While you get the airiness that you’d expect from the open design, airiness does not appear to be the main goal here: rather a sort of general audio pleasantness, matched with power.

In other respects, the Oppo PM-1 can seem to be a bit less capable than the competition. Their conservative treble means they have much less obvious fine detail retrieval than the Sennheiser HD 800, and the soundstage is much, much less wide.

The Sennheiser HD 800 do have an abnormally wide, epic soundstage. It would be unfair to expect  a planar magnetic headphone to come up with the same effect.

However, the Oppos also have less a sense of air, openness and scale than the HiFiMAN HE-5 too. The forward presentation and the fairly thick, warm mids do not promote very obvious separation or ‘huge’ sound that some of you may be after.

Conservative in treble and soundstage, surely that’s a bad thing? If you’re after the most searching, revealing sound money can buy, the Oppo PM-1 are probably not for you.

For less analytical listening, we still think the Oppo PM-1 are great, though. These are headphones with a hifi nerd price, but aren’t designed exclusively with hifi nerds in mind. 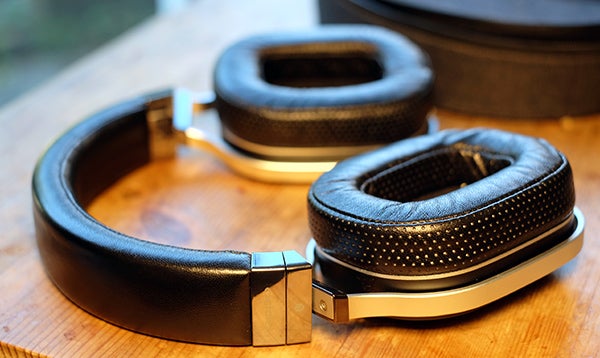 Should I buy the Oppo PM-1?

It’s hard to pinpoint an audience for the Oppo PM-1. Where Oppo set new standard in the Blu-ray player market, existing headphones at £1000 don’t have any issues with quality – in sound or build. The Grados and Sennheisers of this world are already doing a fantastic job.

We also think that the people who are willing to spend this much on headphones – at least those who aren’t so ridiculously well-heeled that they don’t even buy things themselves anymore – may prefer the more challenging, revealing sound of the Sennheisier HD 800. Which, incidentally, are a fair bit cheaper these days at a mere £1000.

However, we do have to applaud how easy to get on with these headphones are, in every respect. They are comfortable, they don’t look ridiculous and they have sound that is – for the most part – quite divine.

They’re a bit too obsessed with luxury for their own good and don’t have the epic scale of some rivals, but the Oppo PM-1 are the most accessible true super high-end headphones we’ve used.