Everyone thought the arrival of high-definition disc formats and HDTVs would signal the end for DVD, but thanks to the rising quality of upscaling DVD players it hasn’t quite turned out that way. The key is price; most budget DVD upscalers allow people to squeeze the best-possible picture quality from their existing movie collections without paying the high asking price of a Blu-ray player, which for many is reason enough to put true hi-def on the back burner.

This naturally makes perfect financial sense, but what’s harder to understand is why anyone would be willing to buy a DVD player that costs the same as, if not more than, a Blu-ray player, when Blu-ray decks do a pretty good job of upscaling DVDs themselves – as well as delivering true 1080p, of course. The answer lies in those two words, ‘pretty good’ – we’re yet to see a hi-def player that upscales DVDs with quite the same panache as, say, the Denon DVD-1940 or the Pioneer DV-LX50, and therein lies the point. If you want the best DVD pictures it’s always best to leave it to a machine whose sole purpose is to handle DVDs, rather than one that does it as a nifty sideline.


That’s where the DV-983H from US brand OPPO comes in. At over £300 it’s more expensive than your average DVD player, but comes equipped with an astounding array of internal components designed to squeeze the very best performance out of a DVD, as well as boasting an awe-inspiring feature list. We’ve been highly impressed by OPPO’s previous two players (the DV-980H and DV-981HD) but on paper it looks like this flagship model could blow them both out of the water. Let’s find out… 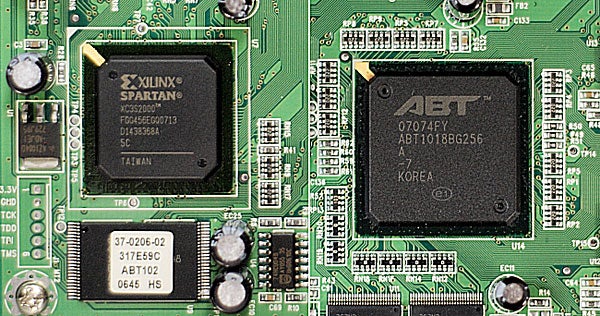 What will excite serious home cinema fans the most is the inclusion of Anchor Bay’s latest Video Reference Series (VRS) technology, courtesy of an ABT102 chipset that handles de-interlacing and progressive cadence detection and an ABT1018 chip that primarily handles video scaling. These superior chipsets should take any type of video in their stride and make sure the picture is free from scaling and deinterlacing artefacts.


Other features afforded by the ABT1018 chip include frame rate conversion, which converts from PAL to NTSC without any loss of resolution, plus aspect ratio control and video zooming, which enable you to adapt the source material to fill the screen or crop black borders.


On the outside, the deck’s design isn’t a radical departure from the previous two models, boasting the same brushed black fascia, meaty build quality and ultra slim dimensions. There are a couple of differences – the menu direction pad has been jettisoned and the USB 2.0 port (more on that later) has been moved from the front to the rear. But in general it’s a classy machine that looks and feels exactly as it should for the money.

On the rear is a top-notch array of sockets, but significantly it lacks a SCART output, which is no surprise given its American origins and the fact that serious home cinephiles wouldn’t be seen dead using it. What you’ll find is a HDMI output of the v1.2 variety that can shoot out 1080p, 1080i, 720p and 576p/480p signals, plus component video output with its own 108MHz/12-bit video DACs. Also on board are composite, S-video and optical/coaxial digital audio outputs that offer Dolby Digital and DTS bitstream output, while custom installers will welcome the RS-232 and IR control ports.

Like the DV-980H, the 983H offers Dolby Digital Surround EX decoding, which is why you’ll find 7.1-channel analogue outputs on the rear panel. And because the unit also features DVD-Audio and SACD playback, you can use these connections to enjoy hi-res audio.


The DV-983H is a truly universal player. As well as DVD-A and SACD, it handles MP3, WMA, DivX and XviD files from disc or via the USB port on the rear, and also displays JPEG photos in hi-def resolution. It’s also really pleasing to discover that the unit plays Windows Media Video, which isn’t mentioned on the spec sheet, although it won’t play HD files or anything earlier than WMV9. Disc-wise it spins DVD-R/DVD+R, DVD+RW/-RW and both types of dual-layer disc, while those of you with lots of movies from across the pond will be pleased to hear the DV-983H can play DVDs from any region – and you won’t find a single Blu-ray player that can do that. 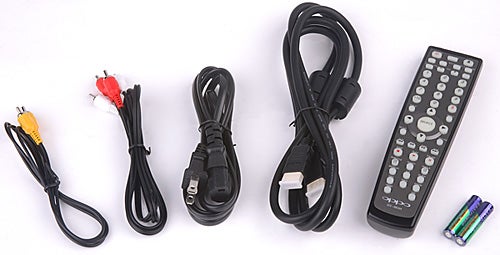 The deck’s high-end ethos is reflected in the extensive selection of picture tweaks in the setup menu. You can alter the levels of brightness, colour, contrast, brightness, hue and saturation, as well as control gamma, noise reduction, Y/C delay, deinterlacing modes and colour space. Audio tweaks include basic bass management, audio delay and a range of perfunctory sound field modes.


Sadly, like its stable mates the deck lets itself down in the ease of use department with another horrible remote, sporting small, awkward rubber buttons (which handily glow in the dark) and a cluttered layout that makes menu navigation a real chore. Thankfully the unit responds quickly to the remote and the setup menu is sensibly structured, but its bland, dated design doesn’t feel right on such a cutting-edge machine.


But all is forgiven when you put a disc in the tray and crank the HDMI output up to 1080p. We loaded up ”King Kong” and were immediately taken aback by how clean and cinematic the picture looks. The quality of the upscaling is excellent, giving the picture a visible detail boost without introducing any unwanted artefacts – hats off to the ABT1018 chip.

Take the scene where the camera moves up and over the (seemingly) deserted entrance to Skull Island – the deck picks out the minute detail with ease and isn’t thrown by the quick movement of the camera. Likewise, fine detail like the fabric of Jack Black’s jacket or the texture of the island’s rocks and foliage is sharp and natural-looking. This, combined with excellent black reproduction and contrast, makes this player perfectly suited for movie playback.


For comparison we played the same scenes on the Samsung BD-P1400 Blu-ray player and Toshiba HD-E1 HD DVD deck (both of which are actually very good upscalers) and felt that the DV-983H has a definite edge, giving the image a more organic, film-like quality and displaying fewer artefacts, particularly around edges.

The OPPO’s colour reproduction is also magnificent, offering realistic-looking skin tones with all the delicate shading intact, plus the bright greens of the Skull Island setting are displayed with real vigour. It’s also worth noting that you can find a very satisfying balance using the deck’s own picture tweaks, and surprisingly the sharpness control can be cranked up to give the image a little more bite without introducing much ringing into the picture.


Sound quality is similarly impressive. We let the deck decode ”King Kong’s” 5.1-channel Dolby Digital soundtrack internally and the results were mesmerising, offering excellent channel separation, smooth steering and clean, direct dialogue from the centre channel. Also, a blast of some 96kHz/24-bit, 5-channel DVD-Audio material reveals the OPPO to be a very competent hi-res audio player, while ”Roxanne” from the SACD release of ”Every Breath You Take” by The Police sounds wonderfully open and energetic, with some nicely handled reverb effects from the rear channels.


Playback of multimedia files from disc or USB is impressive, particularly hi-res JPEGs, which look astonishingly sharp thanks to the HD JPEG feature. MP3 and WMA files sound crisp and perky while DivX, XviD and WMV files play back smoothly.


The DV-983H’s awesome picture performance and incredible feature list makes it one of the best DVD players we’ve come across, leaving OPPO’s previous two decks looking like supermarket cheapies. But £300 is undeniably expensive for a DVD player no matter how good it’s picture quality is, and if you have that sort of money to spend we’d recommend getting yourself a Blu-ray player first, because true 1080p still looks much better (despite what the DVD die-hards tell you). But if you’re still unhappy with its DVD upscaling, or simply can’t be bothered with Blu-ray and want the best possible DVD performance, then the DV-983H is an ideal choice.