I have to admit I have a hard time keeping up with Olympus’s compact camera range, especially the premium mju series. It seems to accumulate new models at an astonishing rate; a top-of-the-range camera which I reviewed in April is no longer even listed on the company’s website, while two new models have recently been added. I’ll be looking at the new adventure-proof mju-Tough 6010 next week, but today I’m taking a look at the more down-to-Earth mju-7010, a 12-megapixel ultra-compact featuring a slim 7x zoom lens with a wide angle equivalent to 28mm. 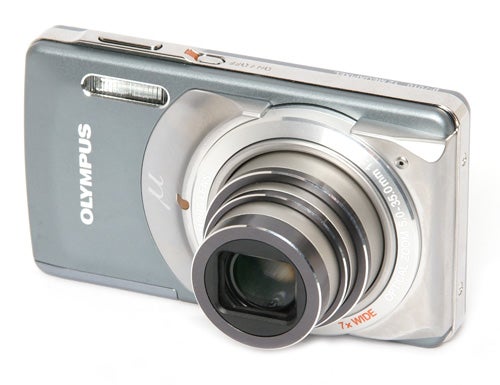 Priced at a not insubstantial £200, the mju-7010 is going to be sitting on a very crowded shelf in the camera shop alongside such heavyweight competition as the Panasonic FX60, the Canon IXUS 110 IS, the Fuji FinePix F200 EXR, the Sony W290, the Nikon S630 and the new Pentax Optio P80. Wide-zoom compacts are all the rage at the moment, and it seems everyone wants a slice of the pie. 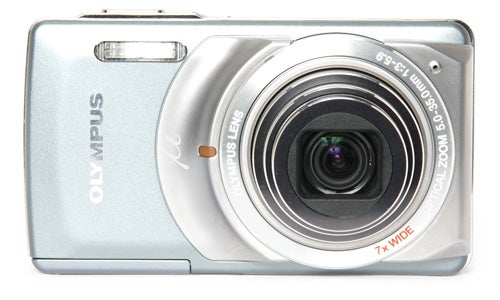 The mju-7010’s main selling point is its longer-than-average 7x zoom range, equivalent to 28-196mm. The Olumpus mju range already contains a good wide-zoom model, the mju-9000, which has a 10x zoom lens equivalent to 28-280mm. However the mju-7010 is lighter and more compact than its stablemate, weighing 140g including battery and only 26.2mm thick. Even at full zoom extension it’s only 60mm front to back. The body is plastic with an aluminium facia and chrome trim, and it’s available in grey, silver or pink.

In all other respects the mju-7010 is a fairly average compact point-and-shoot camera. It has four basic shooting modes; program auto, a scene mode with 15 scene programs, a “Beauty” mode that smooths skin texture, and iAuto, an automatic scene selection setting. It has a movie mode, although with a maximum resolution of 640 x 480 at 30fps with mono audio it’s a bit lacklustre compared to its HD-equipped rivals. Like most of Olympus’s compacts the mju-7010 is designed to be very easy to use, and the menu options are limited to just the basics. There are no colour adjustment options, but it does offer “Magic Filters”, although these are pretty disappointing, consisting of a garish posterization effect, fish-eye distortion, pin-hole camera vignetting and a terrible pencil sketch filter. None of these effects are adjustable. 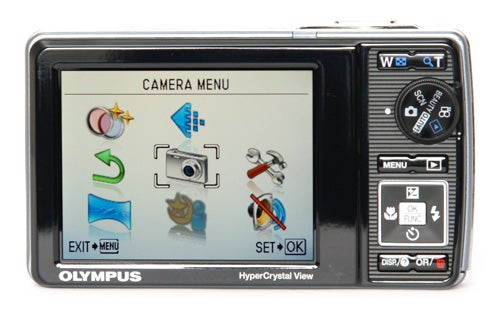 The control layout is very similar to the mju-9000 and other recent mju models, with a small partially recessed mode dial that is slightly stiff and a bit fiddly, but at least resists accidental jogging. The four main buttons and the D-pad are illuminated, which makes them easier to operate in low light. The D-pad is square with a raised edge, and the proximity of the buttons above and below it do make it a bit fiddly to operate, but it’s not too bad once you get used to it. The zoom control is also a bit clumsy. It is very quick and jerky, zipping from minimum to maximum in about a second, and is also stepped, with 10 increments between wide and telephoto, making it difficult to frame pictures accurately. 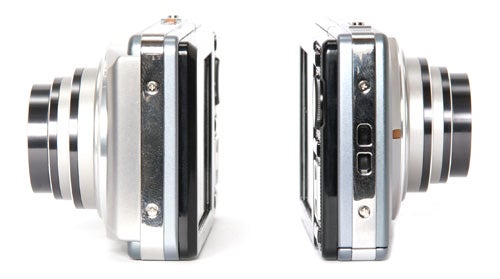 The main shooting options are controlled via a simple sidebar function menu. ISO, white balance, drive mode, metering mode and image size/quality can all be adjusted using the D-pad. There is also a quick four-slot menu on the “Or” button, which gives quick access to panorama stitching, the Magic Filters and the Shadow Adjustment feature. This latter function is fairly crude compared to the in-camera HDR or special sensors offered by some of its competitors. All it does is brighten the picture a bit to preserve shadow detail.

In terms of overall performance the mju-7010 has both good points and bad. It starts up in less than 1.5 seconds, which is faster than most, but in single-shot mode, even when using a high-speed H-class memory card, the shot-to-shot time is over three seconds which is pretty slow by current standards. Continuous shooting mode is even worse; in the so-called sequential mode, when using the highest image quality setting it will only take two shots in just under two seconds before stopping to empty the image buffer. This performance can be improved by reducing the image quality, but the higher compression Normal mode only increases the limit to six frames. 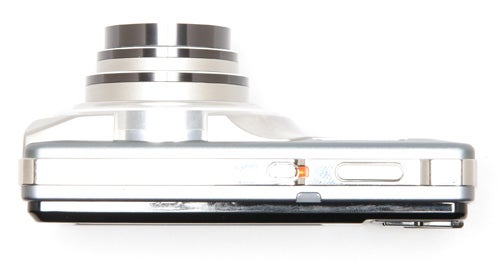 More worrying is the battery performance. Although the specification table in the PDF manual claims 300 shots on a charge, I found that the relatively puny 740mAh battery was exhausted after just 120 shots and two short movies, with minimal flash use or playback. Admittedly this was a brand new battery, and Li-ion rechargeables do usually take a couple of charge cycles to reach peak performance, but even taking this into consideration 120 shots is still a very low figure.


The mju-7010 has an illuminated control panel so you can see the buttons in the dark, but it might have been a better idea to put that light on the front of the camera; there’s not much point being able to see the controls if the camera isn’t capable of taking a picture. The AF system works well enough in daylight, but it gets into difficulty in dim lighting, such as a bar or restaurant., focusing very slowly if at all. Like the mju 9000 the 7010 has no AF assist lamp, so it’s pretty much useless in lower light conditions.


Like most 12MP small-sensor compacts the mju-7010 has somewhat limited dynamic range, with poor shadow detail even when using the Shadow Adjustment feature, and it also lacks colour depth and saturation. Another problem I encountered was very inconsistent auto white balance, especially under artificial lighting. It coped reasonably well with tungsten lighting but other types of lighting, including energy-saving bulbs, produced very variable results, with sequential shots of the same scene showing widely varying colour casts. 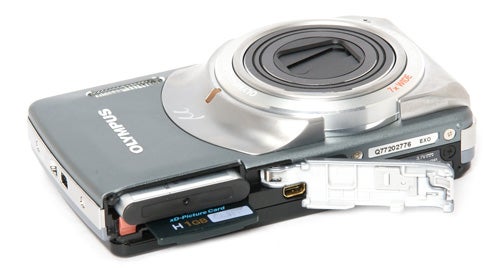 Despite these performance problems the mju-7010 is capable of producing good quality results under most normal circumstances. Noise control at higher ISO settings is especially good, in fact the noise reduction system seems to have been tuned to produce better results at 400 ISO than at 200. In good light the camera focuses quickly and accurately and exposure metering is up to Olympus’s traditionally high standard. The lens also performs well, with excellent centre sharpness and virtually no wide-angle distortion, and the level of recorded detail is excellent.

The mju-7010 is an interesting looking camera with a decent specification. Build quality and finish are of a high standard, it is versatile and easy to use, and it is capable of producing good results in most normal situations. However its poor low light performance, limited battery duration, lack of advanced features and relatively high price make it less appealing in comparison to some very capable rivals. 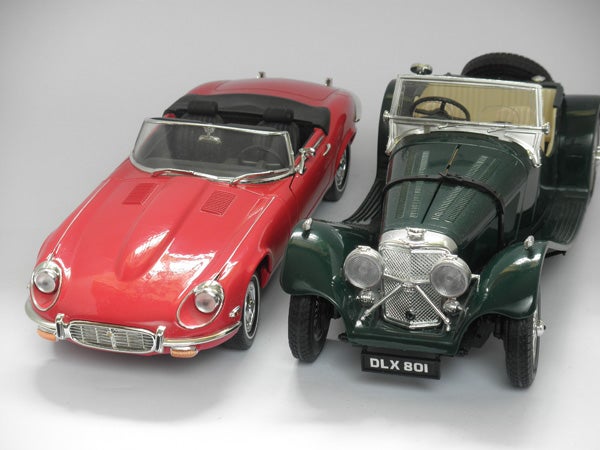 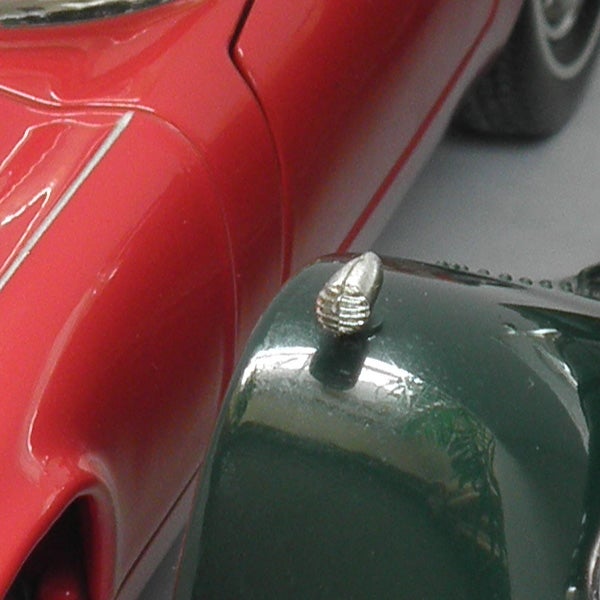 At 64 ISO the image quality is quite good, although there is a little colour mottling. 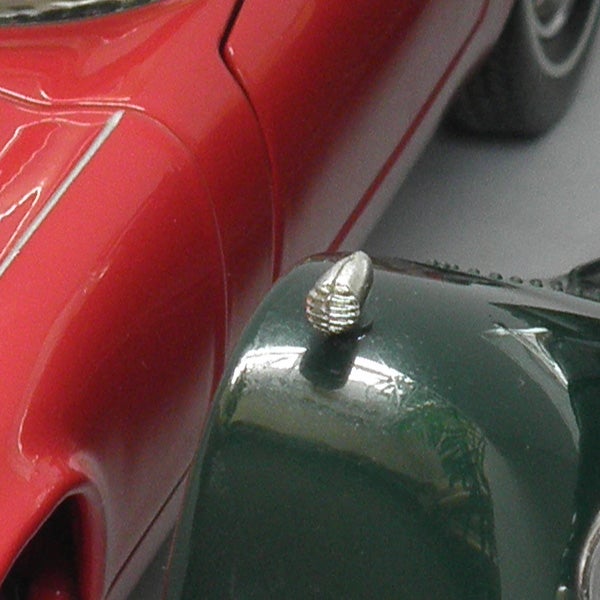 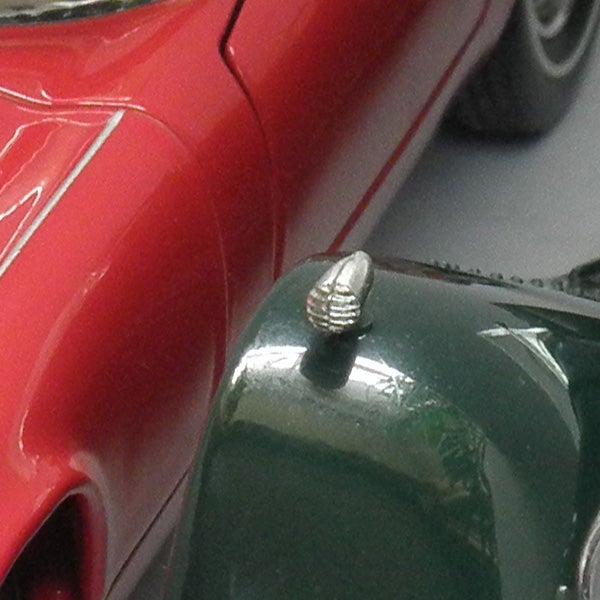 There is a faint haze of grain at 200 ISO, but the colour mottling has disappeared. 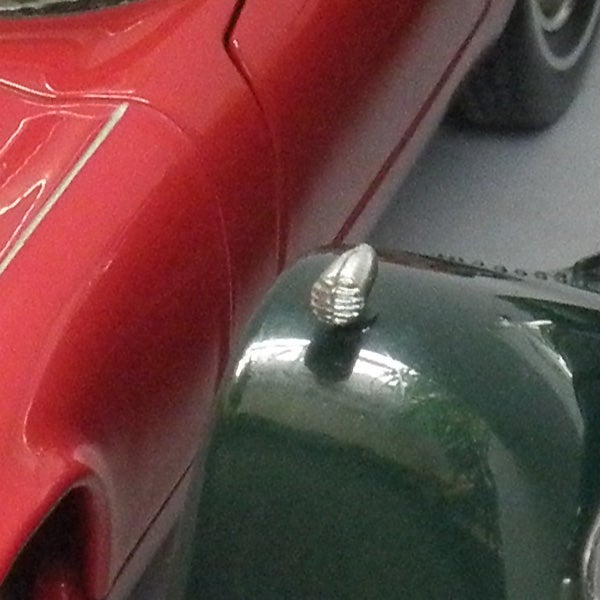 Picture quality at 400 ISO is very good for a camera in this class. 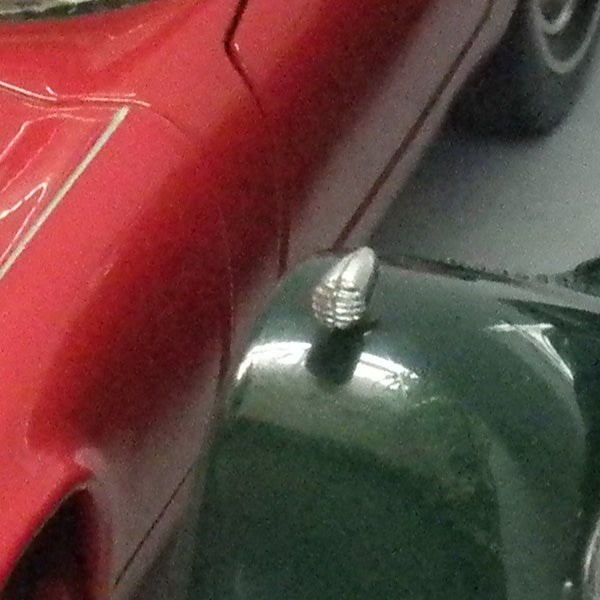 Detail is starting to break down at 800 ISO. 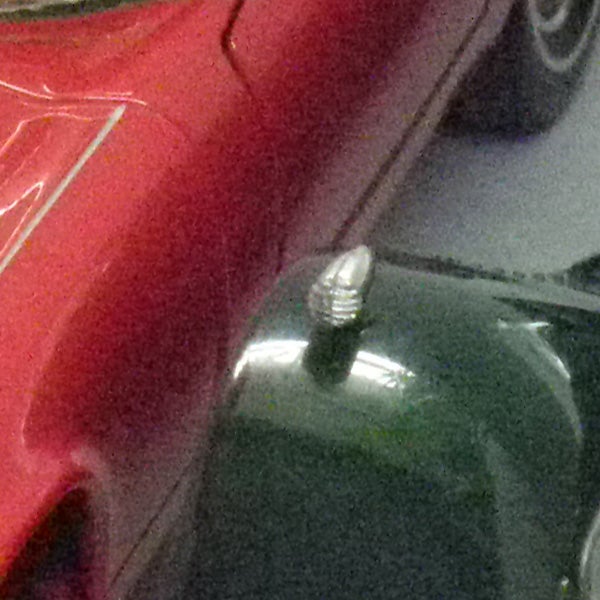 Plenty of noise at 1600 ISO, but I’ve seen a lot worse. Colour balance is still good. 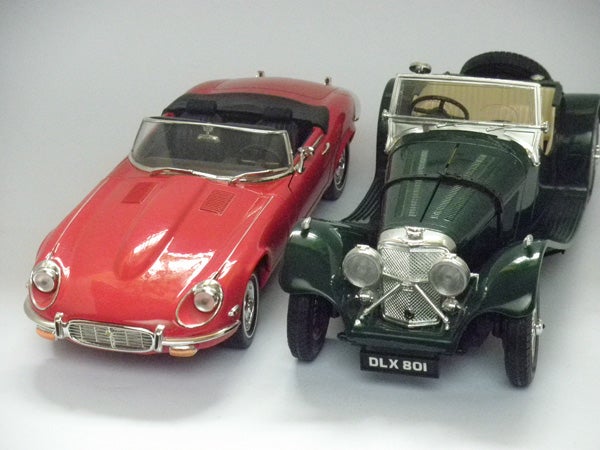 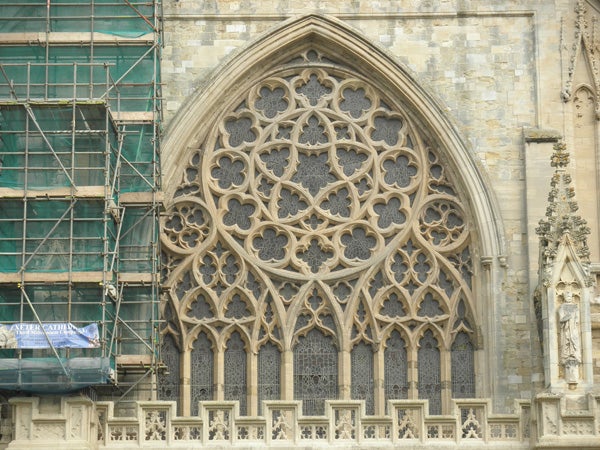 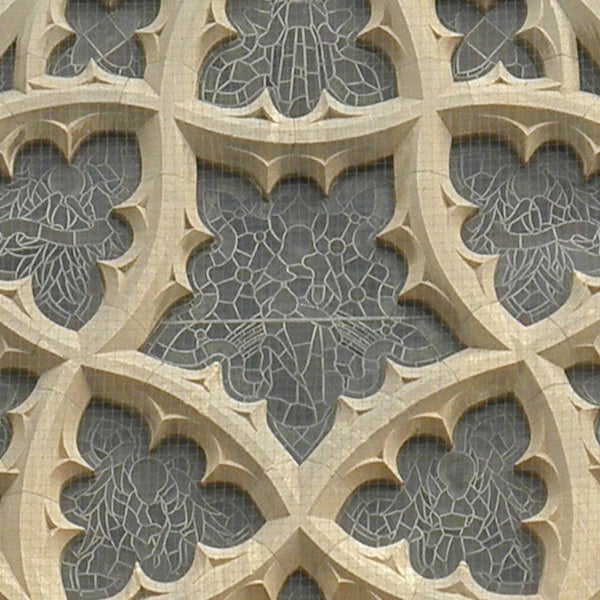 The lens is nice and sharp, allowing the 12MP sensor to record a high level of fine detail. 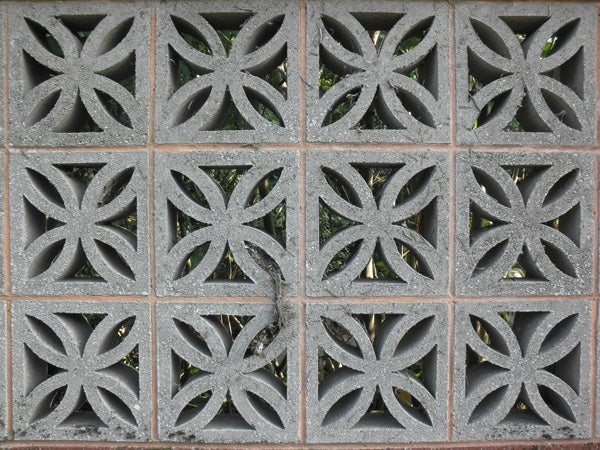 The lens (or is it software?) produces almost no distortion at wide angle. 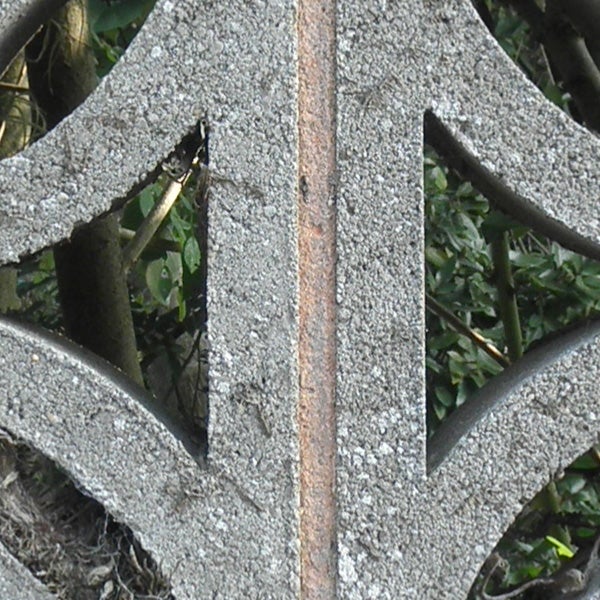 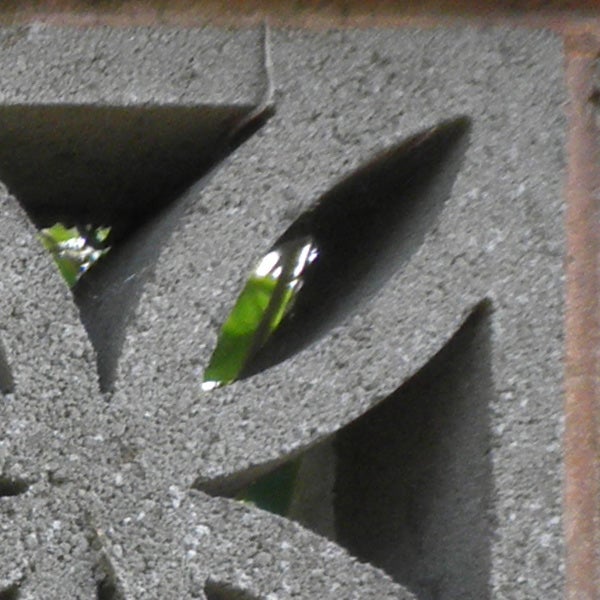 …and although there is a little corner blurring there’s virtually no chromatic aberration. 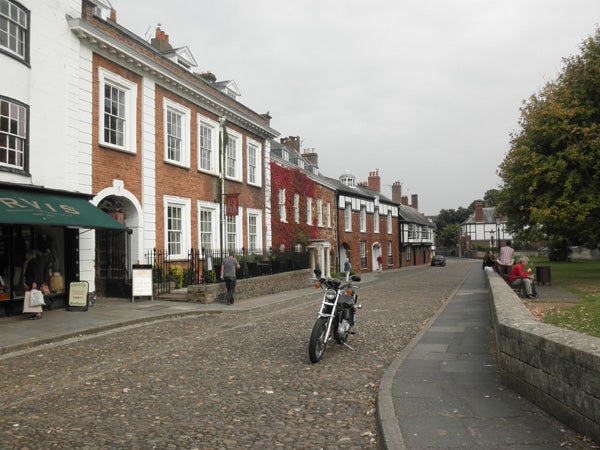 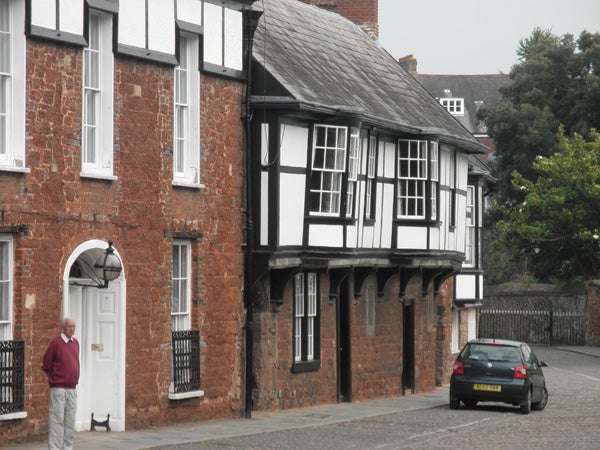 The telephoto end is equivalent to 196mm. 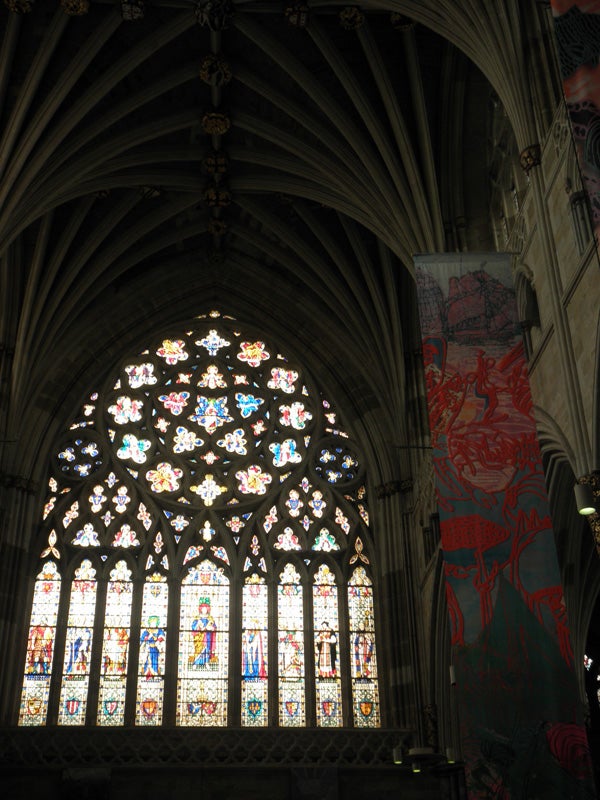 Dynamic range is a bit limited, even with the Shadow Enhancement turned on. 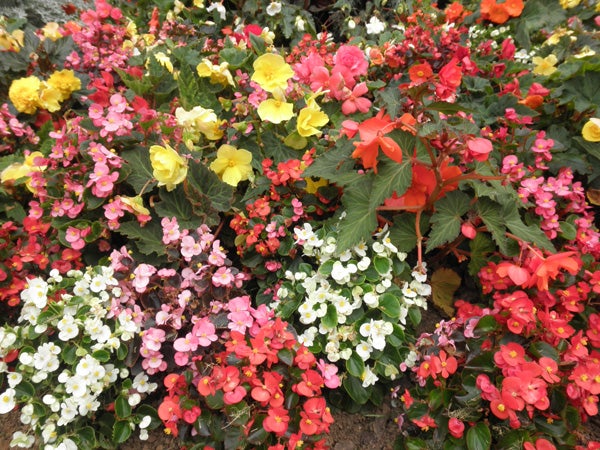 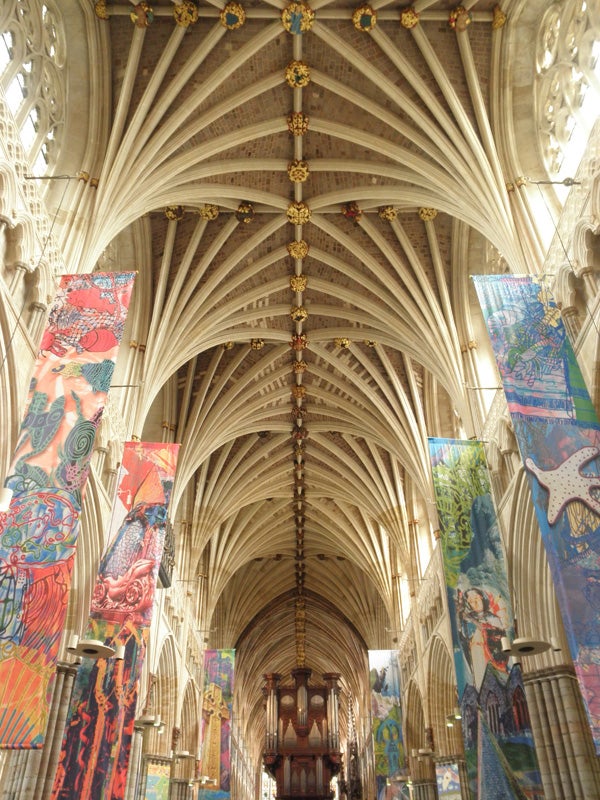 The image stabilisation system works well; this was shot at 1/8th of a second hand-held. 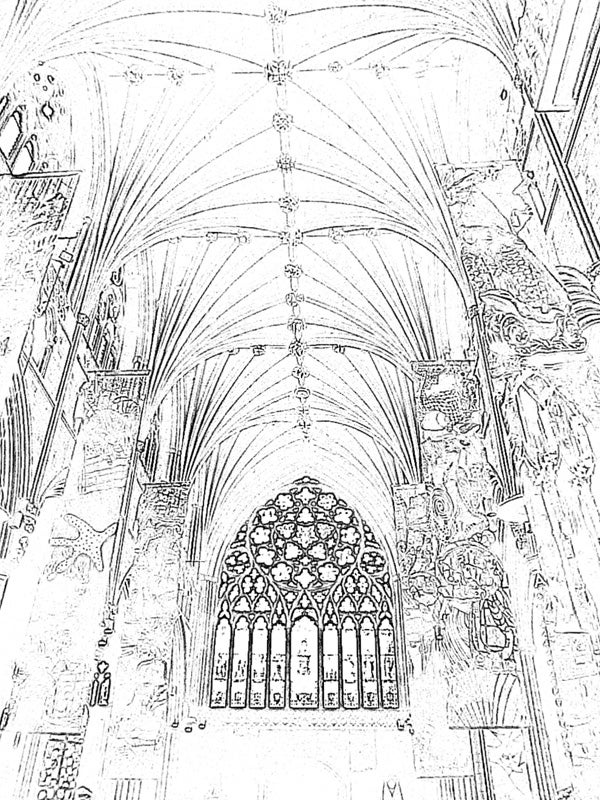 The “Magic Filter” options are a bit disappointing.