While best known for optics, particularly digital cameras and binoculars, Olympus has for a long time been one of the biggest names in dictaphones and voice recorders. Stop! Wait! Don’t click that back button or juicy blue link quite yet!


I’m fully aware that such things are really only of interest to a) myself and other journalists, b) those in the legal, medical and/or investigative professions, c) businessmen so important that they don’t have to type their own letters, and d) the assorted nutters who like to dress up and pretend that they’re one of the above or, maybe, a secret agent. The LS-10 digital recorder is not one of those devices. It belongs to a higher class of digital recorder. In fact, using it just to record memos or meetings should probably be a crime. 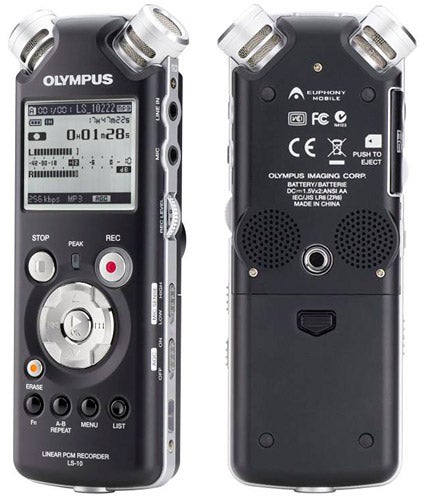 Why? Because the LS-10 has been built to do so much more. Most voice recorders are designed to make a clear, monaural capture of speech either from a single source (the user dictating a letter or recording a memo) or a room full of speakers. Clarity is the primary consideration, with the quality and tone of the audio very much a secondary factor, and the files are usually heavily compressed in order to fit the maximum amount of audio into the space available on the device.. 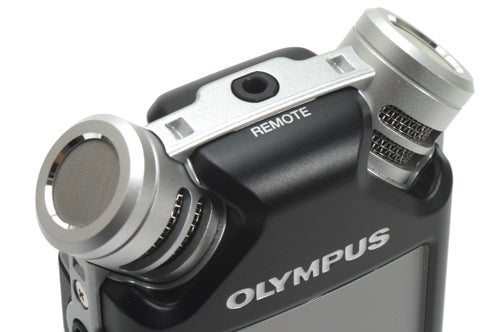 The LS-10 does things differently. The two built-in microphones provide a full stereo signal that can be captured in a Linear PCM uncompressed WAV file at a better than CD quality 24bit/96kHz sampling rate. Any musicians, sound engineers, video sound recordists or radio reporters in the house will probably be aware that potentially this is a good thing.


Nor is this the only trick the LS-10 has up its sleeve. It can record directly to MP3 and WMA formats, offering 128, 256 and 320Kbps sample rates in the former and 64, 128 and 160Kbps in the latter. It will also play back MP3 and WMA files. You don’t need to be a recording engineer to use it; the LS-10 features perfectly workable auto-sensitivity controls and a limiter that prevents distortion occurring when the volume of the sound being recorded peaks too high. 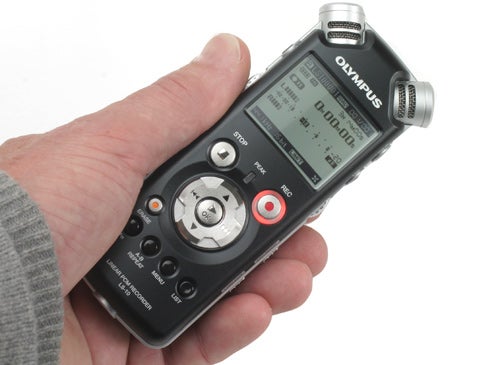 In a way, it’s the audio equivalent of a ‘prosumer’ super zoom camera, offering enough manual control for more advanced or ambitious users, but giving a decent result if you’d rather just point and shoot. Anyone who has ever had a recording of a meeting wrecked by a noisy air conditioner, laptop or projector will also be glad of the low cut filter, designed expressly to reduce that sort of racket.

Perhaps because of these advanced features, not to mention the sizable built-in microphones, the LS-10 is a fair bit larger than your average digital voice recorder. In fact, it’s a fair bit larger than your average mobile phone and, at 165g, a little heavier too. However, it’s a solid and robust metallic unit and the size means it can accommodate all the inputs and outputs you need, including a mini-USB connector for transferring files to and from PC, a standard 3.5mm headphone socket and separate connectors for an external microphone or line-level source.

There are also manual controls for record level, microphone sensitivity and the low-cut filter on the right side of the case, with a volume control on the left. The front is dominated by the easy-to-find stop and record buttons, along with a play button enclosed within a four-way navigation rocker, an erase button and the four smaller buttons that manage menus and crucial functions.

Last but not least, a flap on the left hand side of the case covers a slot for an SD/SDHC memory card, giving you access to a further 512MB to 8GB of memory should the 2GB onboard prove insufficient. 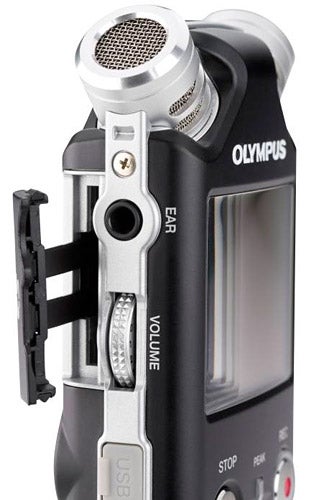 Up to a point, the LS-10 is extremely easy to use. Switch it on, press record once to monitor the sound and adjust levels, then press record again to start recording. Things get trickier, however, when you have to navigate between files or change your options. The decision to stick with a monochrome display makes sense when you consider that battery life and sound quality are more important here than visual appeal, but the GUI is cluttered and navigating and selecting options using the four-way selector and the function keys isn’t always as easy as it should be.


On the plus side, you can see at a glance what recording mode you’re in, the sample rate, the volume levels, time remaining and battery life, but it’s safe to say that the LS-10 takes just a little getting used to, and a rather opaque and oddly-worded manual doesn’t really help that much. 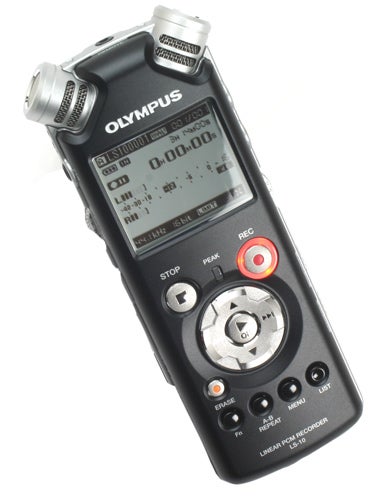 Still, that’s the bad news over, and the good news is really pretty good. Generally speaking, the LS-10 captures excellent quality sound. Recorded speech is beautifully clear, handling the tone and character of people’s voices far more accurately than any voice recorder I’ve come across to date. The stereo imaging also works wonders; record several people in a room or around a boardroom table having a meeting and you’ll be able to picture where everyone is sitting.


Anyone who needs to record ambient sound or, say, bird or animal noises will also be pleased with these characteristics, not to mention the flexibility with which you can tune the microphones to focus on sources in front of the LS-10 but at a distance or fan out to grab the widest possible range of sound.

Musicians, meanwhile, will appreciate the clarity and clean tone with which the LS-10 captures instruments or vocals. Recordings of an acoustic guitar were more detailed, warm and precise than you have any right to expect from a device this small, and though a critical ear would say that the overall tone is a little over-bright, the sound is more than good enough to record demos, band rehearsals or gigs, and could doubtless be improved if you hooked up a high-quality external microphone.


Excessive volume doesn’t seem to be a problem providing you fiddle a bit with the recording level, sensitivity and clipping settings, and the range of the built-in mics is quite effective. In other words, any bootleggers out there might just have found their new best friend. 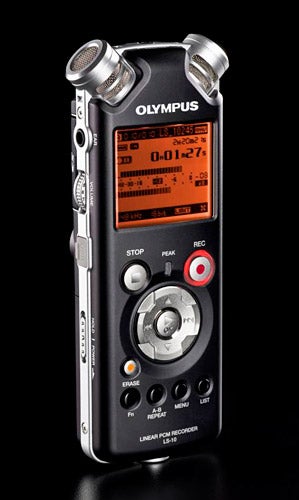 To be perfectly honest, my less than perfect ears and good but less than perfect Sennheiser headphones struggled to tell much of a difference between 320Kbps MP3 recordings and 24/96 PCM, but anyone who takes this stuff seriously will want the highest quality, uncompressed master recording, and the PCM option gives you just that. The downside, of course, is file size. 24/96 PCM WAV files can occupy in the region of 30 to 33MB per minute. A 320Mbps MP3 file takes around 2.5MB per minute.


Olympus quotes a battery life of eight to 16 hours of recording or 13 to 35 hours of playback from a pair of AA batteries, depending on the type of battery, whether you use the microphone or built-in speakers and the choice of recording mode and sample rate. I can’t claim to have tested this exhaustively, but the recording claims don’t seem too extravagant. 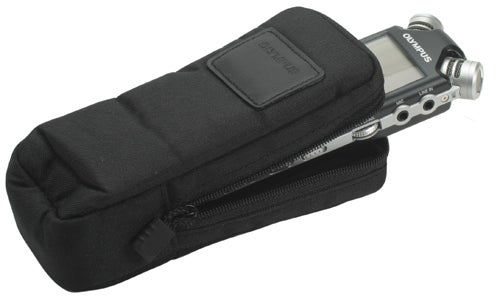 Given the high quality of the sound, the solid design and the strong feature set – not to mention the bundled case, USB cable and copy of Cubase LE4 – the LS-10 offers excellent value for money. There is one competitive product I could think of (the Marantz PDM-620, which I haven’t tested) but otherwise anything comparable would cost you a good £200 plus more. 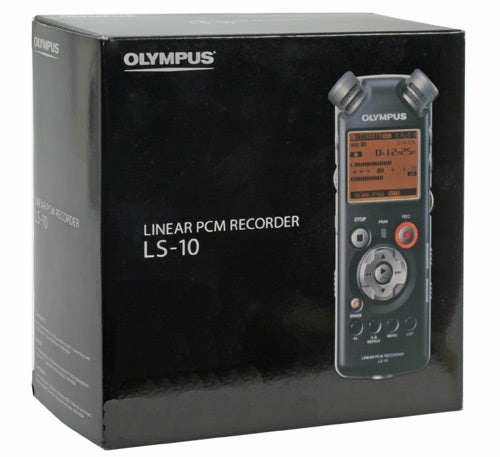 As I said earlier, anyone buying this just to record meetings or conferences is adopting the good old sledgehammer/walnut approach, but if you record music, podcasts, video commentary or anything else where high quality audio capture in a small, ultra-portable package makes sense, then the LS-10 is a very decent buy indeed.


A strong digital sound recorder that packs in an impressive quality of audio capture given the compact form and accessible price. Musicians, reporters, would-be bootleggers and ambitious podcasters should definitely give it serious consideration.