I really wish Olympus would make up its collective mind about the FE range of mid-priced digital compacts. Are they supposed to be good, or are they crap? Last August we saw the disappointing FE-230, then in September we had the really rather good FE-250. In January this year we saw the truly horrible FE-290. Logically, extrapolating that trend to the top-of-the-range FE-340, it should be really, really good. But then again, logic is little tweeting bird chirping in meadow. Logic is wreath of pretty flowers that smell bad. 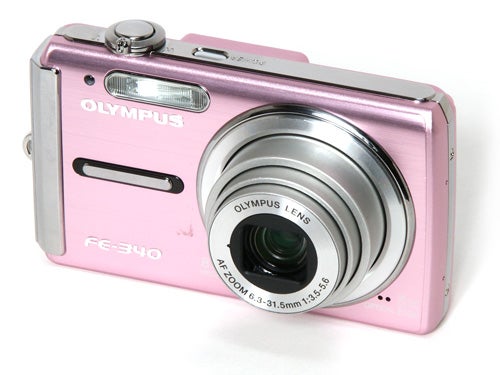 The FE-340 is an 8.0-megapixel, 5x zoom compact camera with a 2.7-inch, 230k monitor. It has an aluminium body and is available in a range of colours including black, grey, silver and the rather fabulous metallic pink of my review sample (and boy did I get some funny looks while testing it!). Currently available for just £120 it is definitely towards the budget end of the price spectrum, comparing well with similarly-specified cameras like the Pentax Optio L50 (£130), the Nikon CoolPix S550 (£150), the Sony Cyber-Shot S800 (£150) and the Samsung i85 (£160). Of the major brands only the new Fujifilm FinePix J50 is cheaper at around £106. However the low price is reflected in the camera’s features and capabilities. If you’re looking for sophistication and versatility then the FE-340 is not for you. 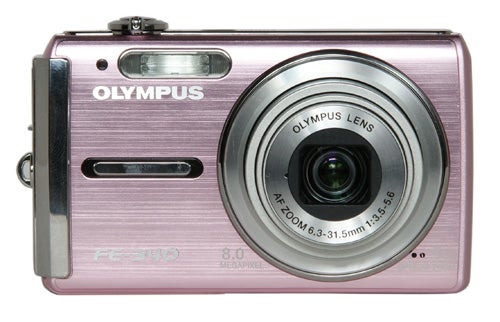 It also has to be said that even in pink it’s not a particularly attractive camera. The design is an asymmetrical lumpy mish-mash of parts that look like they’ve been stuck onto the body as an afterthought. It is fairly light and compact though, measuring 96.9 x 57.5 x 22.6 mm and weighing only 131g including the battery. It is fairly easy to hold, with the chrome detail on the right edge providing some purchase for the fingers and the mode dial on the back doing double duty as a thumb rest. However while the overall build quality is good, the finish has some uncomfortably rough edges.

The controls are an assortment of standard Olympus parts common to most of the FE range. It has a panel consisting of a D-pad, menu and delete buttons, a mode dial and three extra buttons for display mode, playback and record. The zoom control is a nice smooth rotary bezel around the shutter button, and is very easy to use. However the zoom mechanism itself is stepped, with just eight increments covering the longer-than-average 5x zoom range. Also the digital zoom cannot be turned off, and there is barely any pause between the maximum optical zoom and the danger zone of digital zoom. 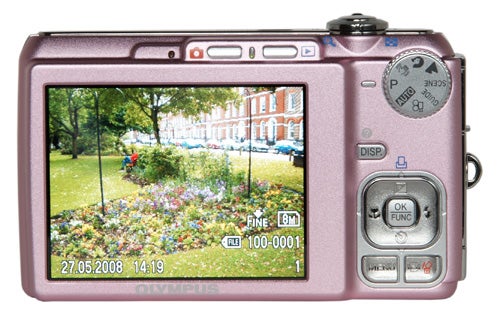 Main shooting mode selection is via the small thumb-wheel dial on the rear of the camera, but the choice of settings is quite limited. The main shooting modes are program auto, in which at least some user options are available, a full-auto mode in which all user input is disabled, an ISO-boosting anti-shake mode, and the usual portrait and landscape modes. As well as these there is a scene mode setting offering 13 special scene programs including the latest me-too feature, a smile detection setting. One useful feature found on a lot of Olympus cameras is the guide mode, a built-in tutorial function that helps beginners take better photos.


One feature worthy of praise is the LCD monitor, which is sharp and bright, has excellent contrast and a nice fast refresh rate. It also has an exceptionally wide angle of view, around 170 degrees both horizontally and vertically, which is great both for shooting pictures while holding the camera at unusual angles, and for showing off the results afterwards. 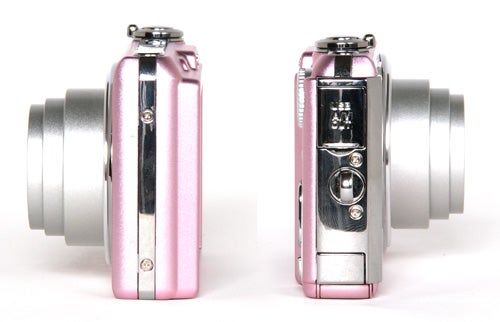 Like the other cameras in the FE range the 340 lacks a number of features that are considered standard on most other cameras. The most notable absence is a continuous shooting mode, but there are other things missing as well, such as a two-second self-timer option, and any sort of colour, contrast or sharpness adjustment. It has no metering mode options and most importantly it has no image stabilisation. I know this is a budget camera and mechanical IS is an expensive extra, but it is becoming more common even on cheaper cameras, and with a telephoto focal length equivalent to 180mm it is a significant omission.


I’ve moaned about Olympus’ dreadful menu systems before, but they never get any better. Considering the very limited range of features and options that the FE-340 offers, the menu system is pointlessly complex and fiddly. Seriously, you don’t need eight pages spread over six separate menus when you only have a total of 20 options including initial setup settings. Fortunately there is also a quick function menu, although this only includes white balance, ISO setting and image quality.

The camera’s overall performance is also somewhat lacklustre, although it does have its good points. It starts up fairly promptly in just over two seconds, and the shot-to-shot time at the highest quality setting is approximately 2.4 seconds, which while not lightning-fast is at least fairly respectable. The FE-340 has no continuous shooting mode, so that is as fast as it gets. The autofocus system is better than on some previous models, focusing quickly and accurately in most normal lighting conditions. It’s low light performance is a bit limited though, failing to focus in light bright enough to read by. With no AF assist lamp it doesn’t focus in the dark either, which limits its usefulness as a party camera.

Some previous FE-series cameras have had among the worst image quality I’ve seen from a compact camera, but here at least the FE-340 shows a marked improvement. The lens might be a bit slow at f/3.5 – 5.6 but it is nice and sharp right across the frame and produces relatively little barrel distortion at wide angle, although like many Olympus compact camera lenses it does show significant pincushion distortion at the telephoto end. Images show an excellent level of fine detail, and don’t look as over-processed as on some previous models. Exposure and colour reproduction are also very good, with highlight detail even in strongly saturated colours. Dynamic range is also better than average, with a good balance between shadow and highlight detail. The only small fly in the ointment is image noise at higher ISO settings, which has often been a problem for Olympus cameras. Image quality at the lower settings is very good, but noise is visible from 200 ISO and shots at 800 ISO are very noisy indeed. The maximum setting of 3200 ISO (available only at 3MP resolution) is simply terrible, and is only included as a marketing gimmick. 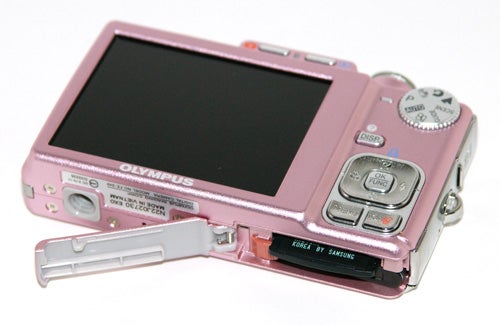 The Olympus FE-340 may be very cheap, but it lacks a number of features that would be considered standard on most other cameras, such as continuous shooting, colour adjustment and image stabilisation. The build quality is good, and the LCD monitor is outstanding, but the styling is awkward and ungainly and the handling could be better. Low-light performance is below average, but the camera is redeemed somewhat by good image quality. Still, there are much better and more capable cameras available for not much more money. 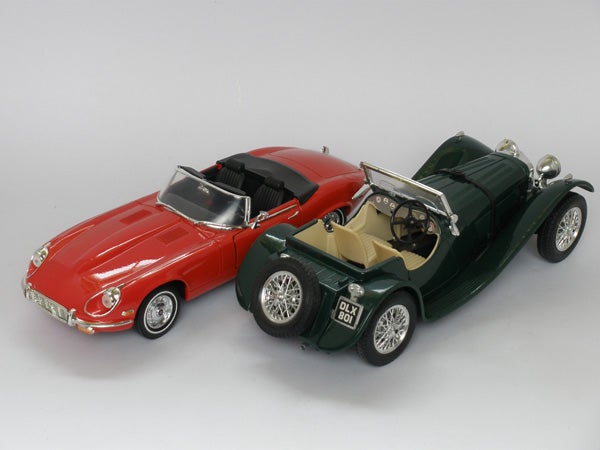 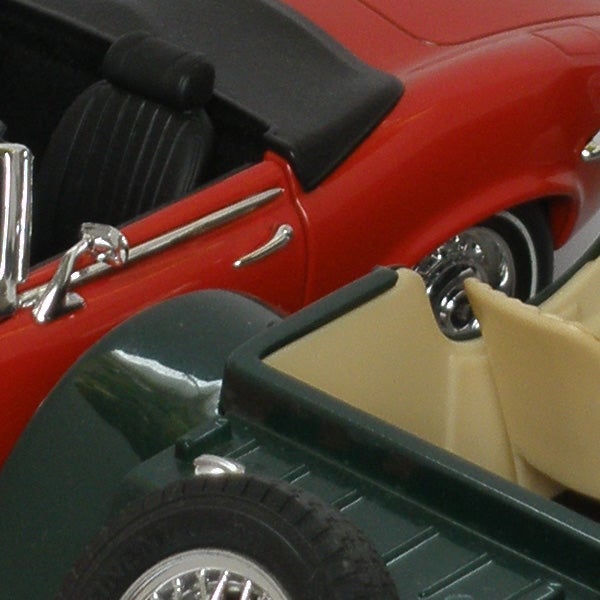 At 64 ISO the image quality is very good, with smooth tones and no noise. 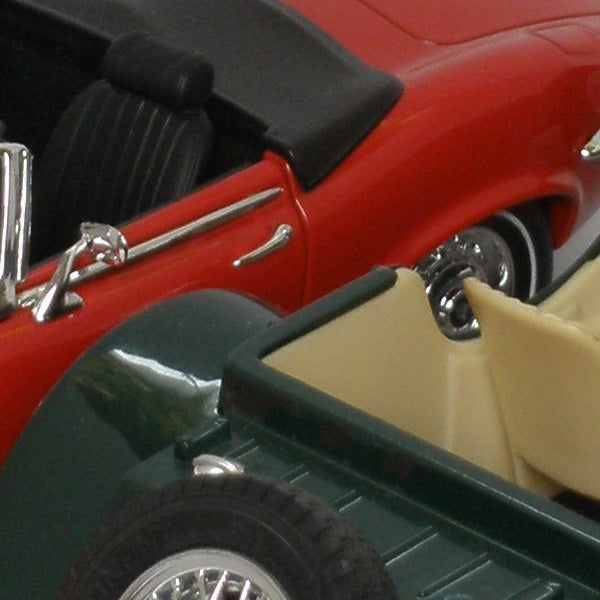 No real problems at 100 ISO either. 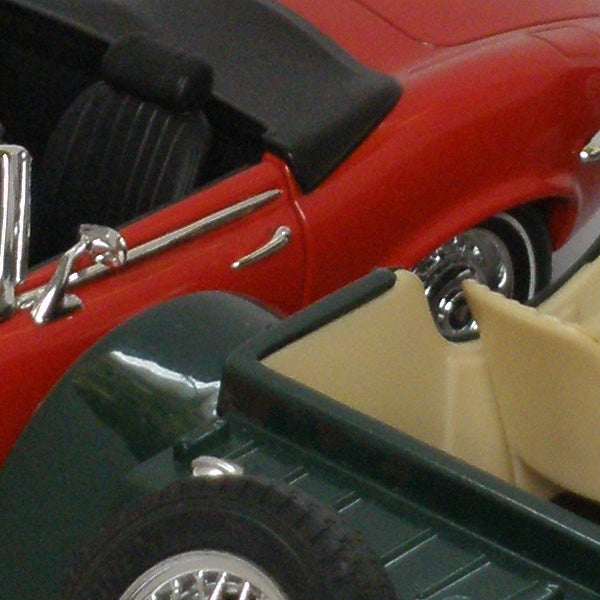 Already at 200 ISO there is visible noise and colour mottling. 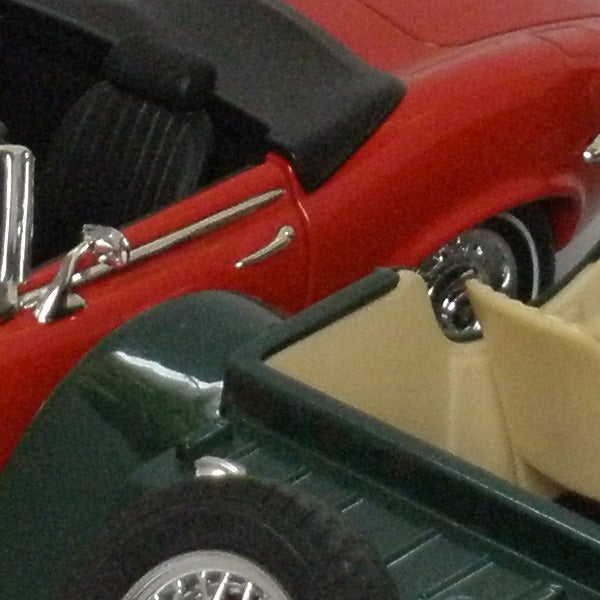 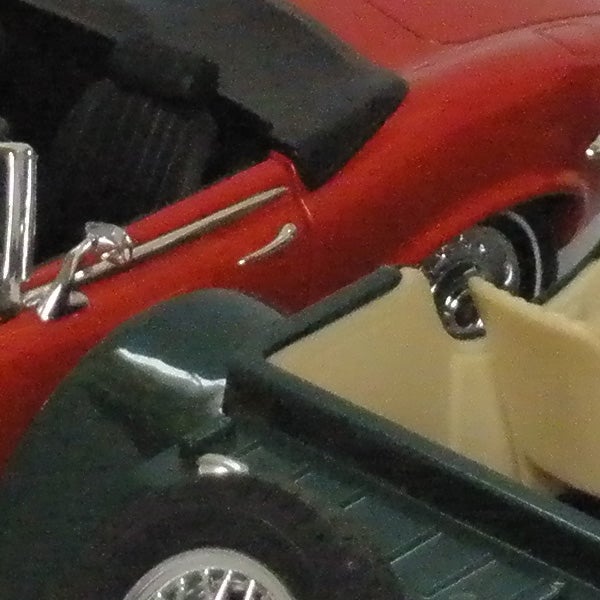 The noise reduction system kicks into overdrive at 800 ISO, reducing the level of detail. 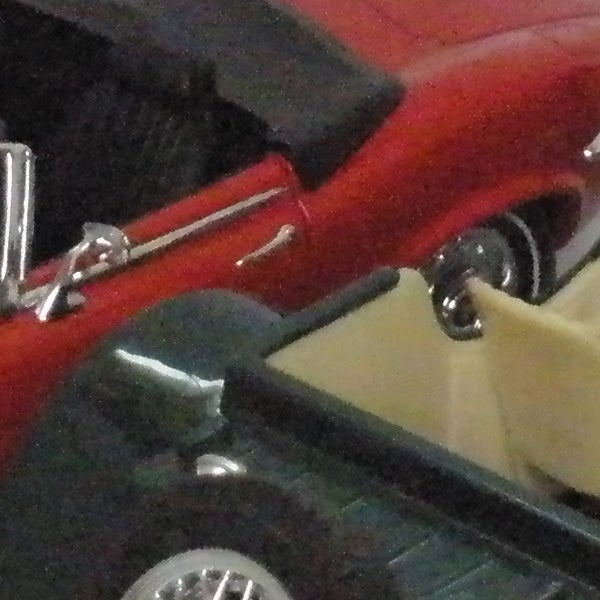 1600 ISO is the maximum setting at full resolution, but the image quality is terrible. 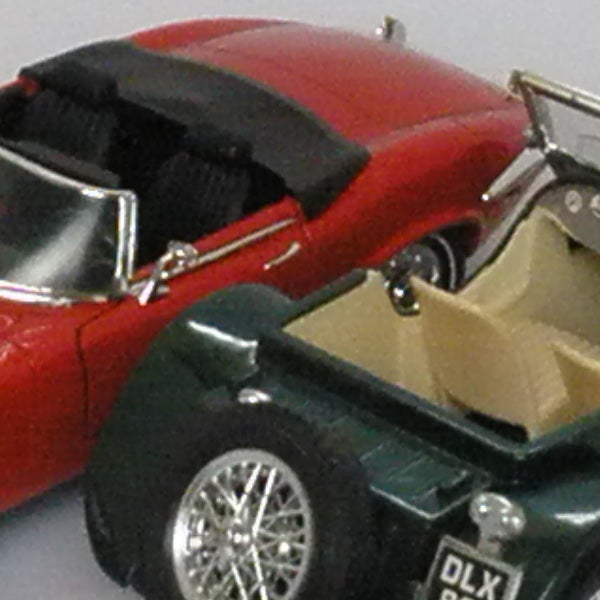 3200 ISO is available at 3MP, but why would you want it with quality like this? 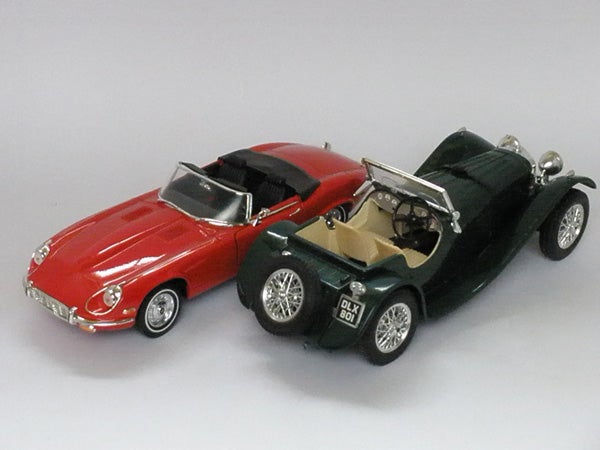 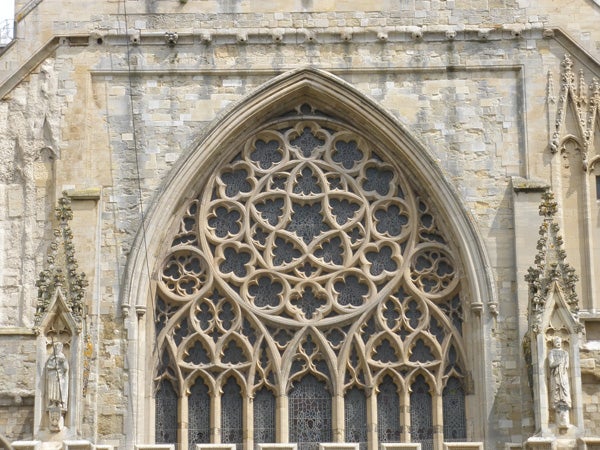 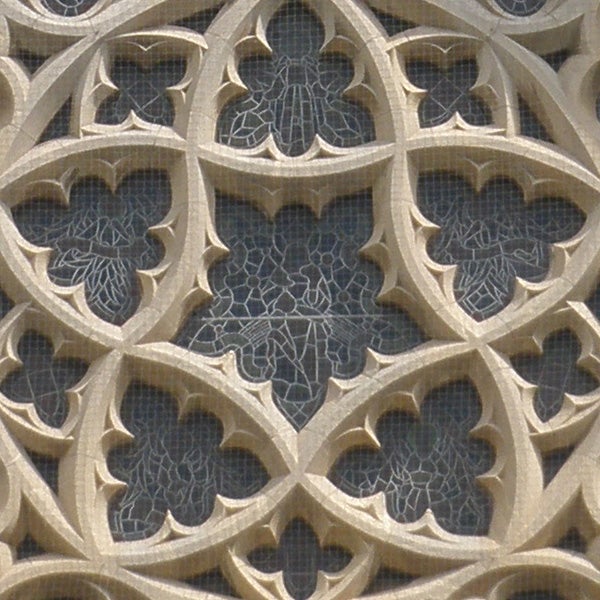 The level of detail is very good, in fact among the best for 8MP cameras. 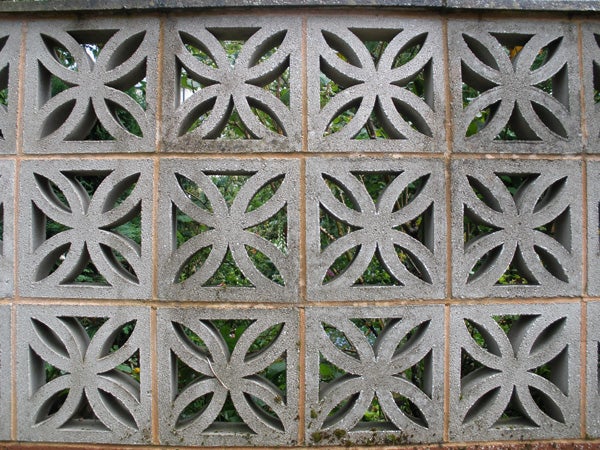 The 5x zoom lens produces relatively little barrel distortion at wide angle, but there was significant pincushion distortion at the telephoto end. 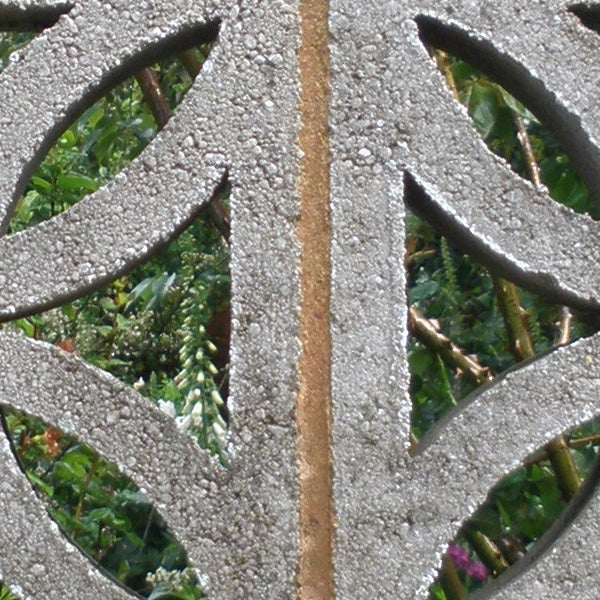 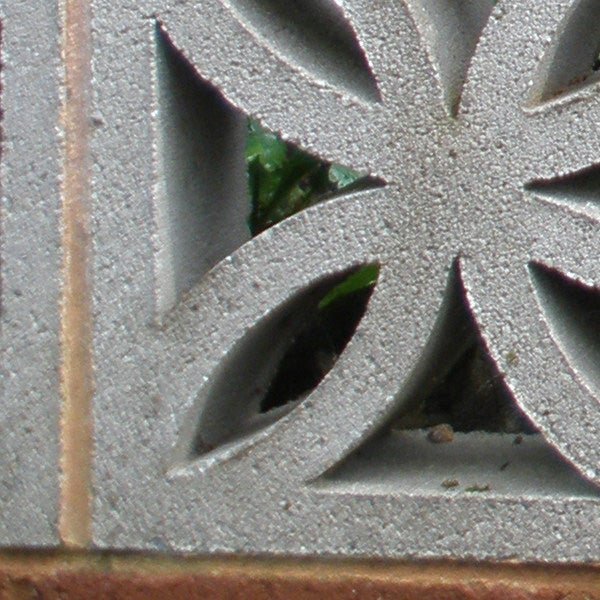 Corner sharpness is pretty good as well, only falling off in the extreme corner of the frame. 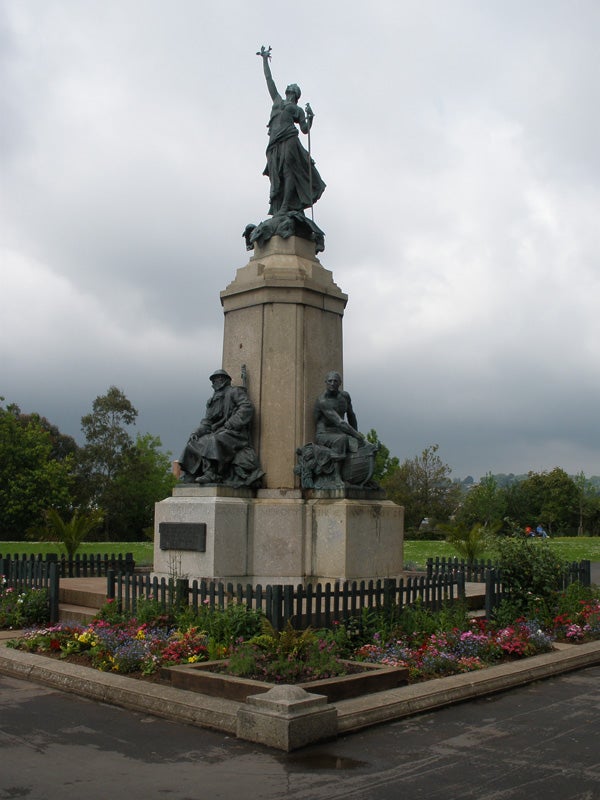 The wide angle end of the zoom range is equivalent to 36mm, which is OK for general snapshots. 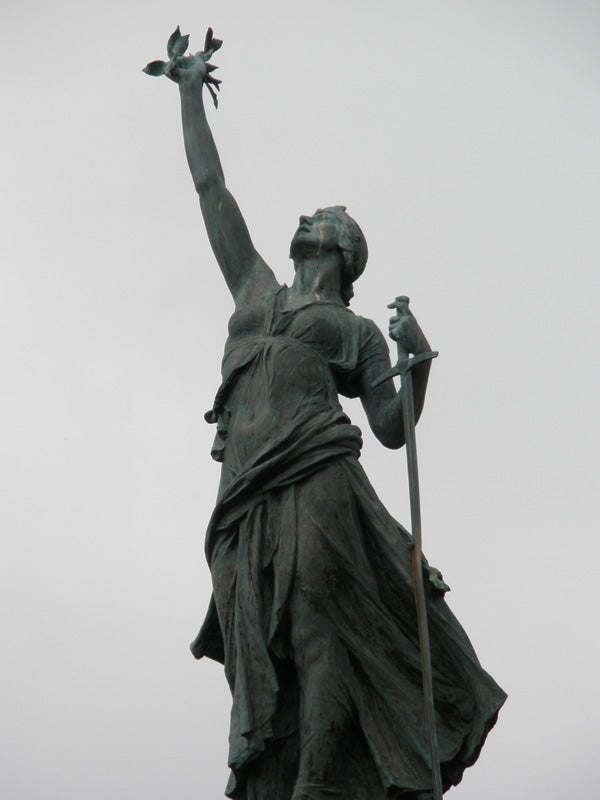 The telephoto end is equivalent to 180mm, a good medium telephoto for picking out details. 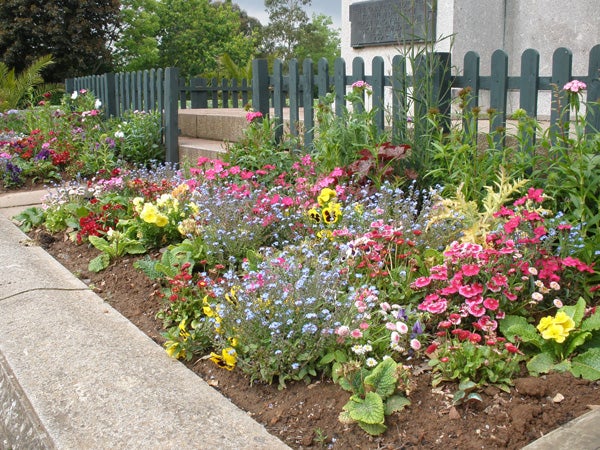 Colour rendition is very natural, with detail even in highly saturated areas. 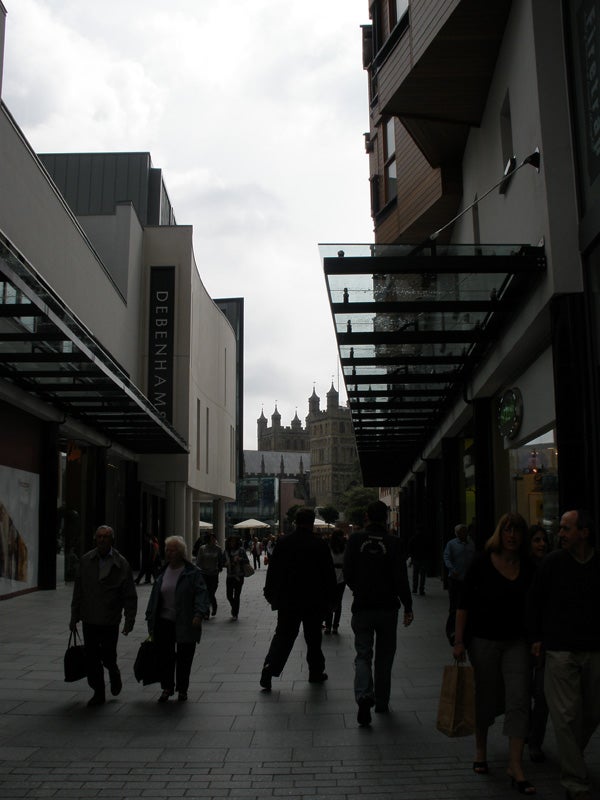 Dynamic range isn’t too bad either, managing a balance between shadow and highlight detail.