There aren’t many seventeen year old PlayStation games that can take a faithful HD remake without feeling dated, but then Oddworld: Abe’s Oddysee was never your typical PlayStation game.

At a time when most platformers were still in thrall to Mario and Sonic, the team at Oddworld Inhabitants was pushing the boundaries of the genre. They explored serious themes, stealth, puzzles and a more thoughtful, character-driven style of adventure on for size. What was innovative then isn’t quite so innovative now, but it still works.

Oddworld: New ‘n’ Tasty! doesn’t have to reboot or reinvent, just rebuild what was already there. 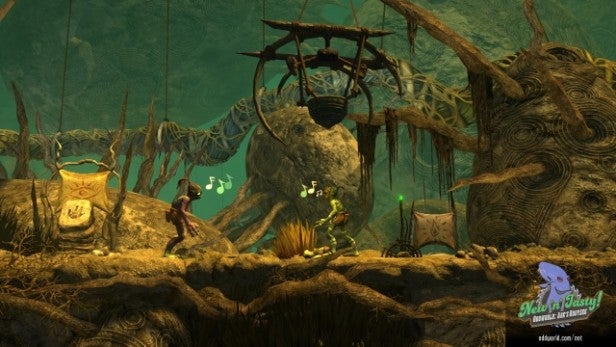 Things have changed, of course. For example, smooth-scrolling levels replace the flick-screen environments, though the layouts are broadly the same. There’s more help for new players, not least extra checkpoints, and there’s a handy quick-save function mapped to the Dual Shock 4’s clickable touchpad.

The graphics are now 1080p. Every character and every scene is transformed from old-school 2D sprites and backgrounds into modern 3D models and architecture. Kudos to the team at Just Add Water – they have done an exemplary job. New ‘n’ Tasty! still has the quirky style and animation of the original, but it’s all now beautifully modelled, sumptuously lit and lovingly textured.

This might not be the Oddworld you remember, but it might be the one you always imagined. 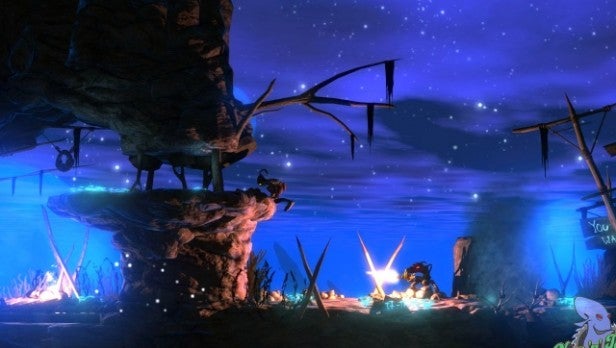 The story and the gameplay remain mostly unchanged. Our weird, bug-eyed Mudukon hero’s journey takes him from lowly cleaner in a meat factory belonging to a sinister alien mega-corp to unlikely saviour of his race; a journey that begins with an escape from the factory then branches out to take on wilderness, jungles and mysterious temples.

Squid-faced guards and lumbering hound-like creatures stand in your way, along with a selection of bombs, mines, chasms and assorted traps. To say that Abe has the odds stacked against him is an understatement.

Abe’s neither a fighter nor an acrobat, and that makes New ‘n’ Tasty! as much of a test of brainpower as it is of reflexes. It’s a game of sneaking, throwing switches, running like the devil himself were behind you and making full use of whatever tools and opportunities you can find. Abe does have a few useful moves.  A chant gives him the ability to possess, control and then explode his tentacled oppressors, but he’s one of gaming’s most vulnerable protagonists, and needs treating with kid gloves.

Each section, then, is a puzzle. How do you get from A to B without getting Abe shot, crushed, blown-up or broken? What’s more, how do you do it while rescuing his fellow Mudokons from enslavement as you go?

You can greet your fellow Mudokons and beckon them to wait or follow, then – once you’ve ushered them to safery – summon up a portal for them to escape through with another simple chant. You need to clear the way first, though, or they’ll end up blasted, electrocuted, squished or something worse. 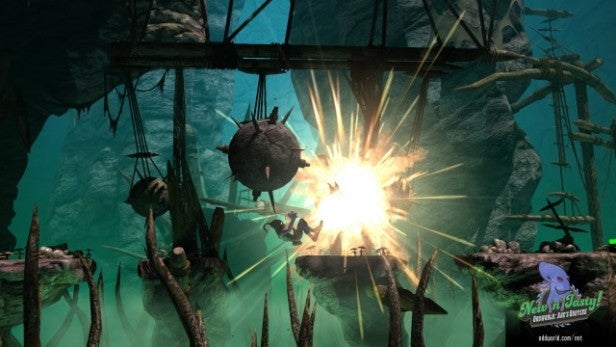 By 1997 standards this was an ingenious game, and it doesn’t feel any less ingenious now. As the game deserts the industrial sci-fi of the factory for the more open canyons, desert and jungle, the puzzles only mount up in complexity. There are multi-layered landscapes full of squid-headed sharpshooters, mines and anti-chanting drones, and temples jam-packed with conundrums.

There are password puzzles, where you need to mimic the whistles, chirps and comic farts of fellow Modukons before they’ll help you out. Throw in hidden areas that are, if anything, more complex, and you’ve got your work cut out.

There’s always a payoff. Whether it’s the joy of releasing a few more Modukons, a funny cut-scene, or the simple, nasty pleasure of giving one of the evil, cackling enemies his just deserts. Plus, where few nineties platformers have any narrative merits, Abe’s Oddysee always had a strong story.

He’s worth rooting for, his enemies are worth destroying, and there are elements that hum with outrage at real-world injustices. For a game packed with fart gags and gruesome humour, New ‘n’ Tasty has some serious points to make. 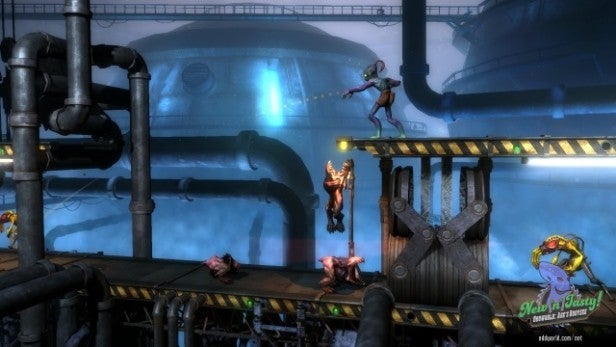 This is a brilliant remaster of a classic game, but it’s not without frustrations. Abe was a clunky critter to control in 1997, and Just Add Water has taken the brave decision to still make him awkward today.

This feeds into his character and the whole hapless underdog tone, but this is a game full of split-second timing. The slightest mistake can lead to sudden death. It’s hard enough jumping over mines and gaps while guards aren’t looking or before a drone can hit you, but doing so when you’re not quite sure that you’ll hit the diagonal or tap jump quite on time only makes things worse.

And while some of the sections allow for different approaches, others seem to have one set solution and your job is just to work out what the developers intended. You will struggle. You will falter. You will feel like you’re banging your head against a hard brick wall.

At one point, I had to restart a whole chapter just because I was stuck in a section and didn’t have enough health to finish it. It’s a testimony to the game’s charms that I did so without too much complaining, but even with extra checkpoints and the quicksave, New ‘n’ Tasty! isn’t plain sailing all the time.

Still, that’s in the spirit of the original, which was – amazingly – even harder, and this is nothing if not a faithful update. That has its negatives, of course. As before, the only multiplayer action is a disappointing co-op mode that’s little more than taking turns. There is new content on the way in the form of a bonus adventure, Alf’s Escape, but it will be paid-for DLC.

Still, it will be free to early buyers and PS Plus subscribers and, all in all, the £17.99 asking price seems more than fair. 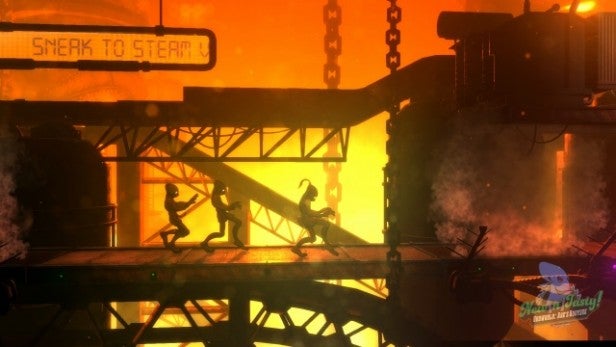 Verdict
Oddworld: New ‘n’ Tasty! is one of the most welcome revivals in years. It’s a sympathetic HD update that looks better and plays better without sacrificing any of the personality of the original game.  That can make it harsh, unforgiving and even frustrating, but it won’t stop you working your way through. While some vintage remasters rely on nostalgia, this one doesn’t need to. It still feels as fresh and original as it did first time around.