The danger for an operator of offering Wi-Fi on a handset is that we’ll all run off and get Voice Over IP clients and make our calls for free over the Internet rather than use the operator’s network.


O2 is unconcerned enough about this to have taken the plunge and I’d guess that revenue is not in too much immediate danger. The world’s best known VoIP provider, Skype has a beta of a client for Windows Smartphone, but as yet it is text only (i.e. only suitable for IM). A VoIP solution that I know does work on Windows Mobile Smartphones, CiceroPhone is designed for corporate networks and delivered as part of a big rollout to companies rather than individuals.

Furthermore, Wi-Fi is starting to be seen as something higher end handsets can legitimately incorporate for all kinds of purposes. Nokia is starting to introduce it into handsets in its range, for example the recently reviewed N91, connected Pocket PCs sport it as a matter of course, and it is possible to get a couple of other Windows Mobile Smartphones with Wi-Fi if you can live without an operator contract. Indeed the very handset that is the Xda IQ is available as the Qtek 8310 and i-mate SP5.


So if you can’t make voice calls with Wi-Fi what can you do? Well you can’t synchronise using ActiveSync either. Windows Mobile 5.0 requires the latest version of ActiveSync, version 4.0 or higher, and Microsoft has disabled Wi-Fi synchronising in this version. I found the key use I made of Wi-Fi during testing was Web browsing.


But enough about Wi-Fi, what about the rest of what the Xda IQ has to offer?

I don’t often wax lyrical about packaging, but here I am going to make an exception because O2 has done a very swish job. The box at first appears unopenable, then you see a small tab on each edge of one of the short sides marked ‘pull’. Do as instructed and two drawers slide out – one where you are pulling, one on the other side of the box. One drawer houses the phone, the other everything else, including ActiveSync software CD, printed quick guide and full manual, belt clip style case, stereo headset and USB cable. Like I said, swish.


There is a vague familiarity about most Windows Mobile 5.0 handsets, and the candybar design of this one is no exception. Its 110g weight and 109 x 46.5 x 18.5mm do not surprise. The mostly black fascia with silver trim is reasonably appealing but not stunning, and the design element of two different types of curve for the top and bottom edges, where the top edge curves downwards towards the handset back and the bottom edge curves inwards towards the centre of the casing is so subtle it could well pass you by. 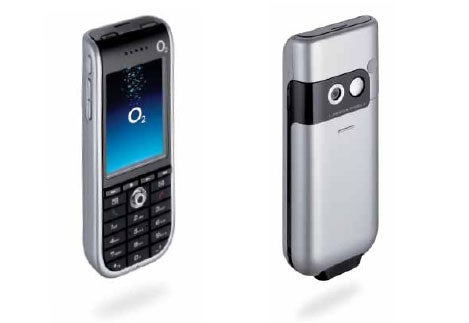 Still, it is substance rather than style which should sell a handset to you, and here the Xda IQ has quite a lot of plus points on its side.


Windows Mobile Smartphones don’t have touch sensitive screens like their Pocket PC cousins, so their key-based navigation systems have to be effective. In this case a total of seven front mounted buttons augment the number, Call and End keys.


One: a mini joystick which provides four way navigation and a press to select option. This protrudes a good way from the front fascia and is easy to get hold of with a thumb. Two and three: buttons to the left and right of the mini joystick which open the contacts software and Messaging centre– for SMS, MMS and email creation and management.

Four, five, six and seven: four tiny elongated buttons beneath the screen. Two map to the Windows Mobile Smartphone softmenus, one takes you to the Today screen and one is a back button. Between them these buttons provide much of the required device control.


Of course, there is a camera built into the Xda IQ. Its 1.3 megapixels feel decidedly small in number, it lacks a flash, and you aren’t going to be able to use it for anything much more than snaps to keep on the phone or share over the air. But again the control system is fairly neat. A button on the upper right edge starts the camera rolling, and the front buttons are your way into the digital zoom (which you should clearly never use – ed.) to a maximum of 8x at the lowest (160 x 120 pixel) resolution and the various, predicable, image filters such as daylight, night, greyscale, sepia and cool. You can adjust brightness, saturation, hue and gamma manually if necessary. 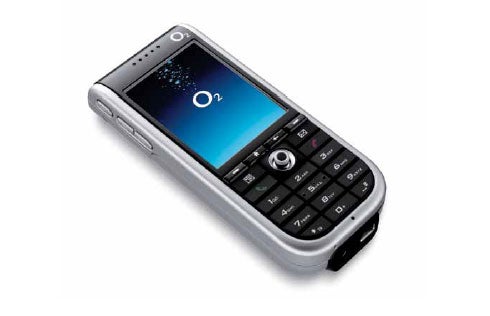 The left edge has the volume rocker and holding down the bottom part of this starts the voice dialling software. Note, though, that you have to create voice tags before you can use them. This edge also has a button for controlling all aspects of wireless communication in a feature Windows Mobile 5.0 calls Comm Manager. Press it and you can, for example, turn Bluetooth and Wi-Fi on and off, mute the ringer, set vibrate mode on and off and turn the SIM off completely.


Synchronisation and battery charging come courtesy of a mini USB cable which is just the kind of standardisation I like. But the headphones connector is a 2.5mm type when I prefer 3.5mm, and is located on the bottom edge of the casing when it should, for best ergonomics, be on the top.

The Xda IQ has built in support for Microsoft’s Direct Push email service. Companies with networks that run on the latest update of Microsoft Exchange Server 2003 can pump email out to the Xda IQ without having to make any more software updates. Support for Direct Push is available for increasing numbers of connected Windows Mobile 5.0 devices – Pocket PCs and smartphones, but you may need to upgrade the device ROM first and having it out of the box could be quite an advantage.


Direct Push email is very much going to appeal to corporate users, and O2 builds on that fact by augmenting the standard Windows Mobile applications with ClearVue’s readers for Microsoft Word, PowerPoint and Excel documents, as well as PDFs. These aren’t pre installed, but installing them from the provided CD is no problem. Whether you want to squint at Word documents and suchlike on the 2.2in, 65k colour 320 x 240 pixel screen is going to be your choice, of course.


Installing these applications will eat into the onboard memory. After hard resetting my test device it reported having 28MB of free memory and 13MB of free storage. You can install programs and save data onto miniSD cards, but O2 doesn’t provide one to start you off. As is the norm for Windows Mobile Smartphones the card lives under the battery so buy the biggest you can afford if you don’t fancy powering the device down to swap. 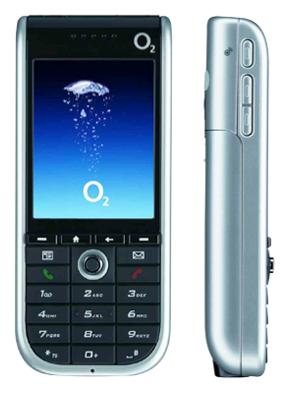 The Xda IQ is quad band and has EDGE support. Now, O2 doesn’t have an EDGE network in the UK, but some of its international roaming partners do. With infrared and Bluetooth alongside Wi-Fi the wireless options are comprehensive.


I found the Xda IQ’s general performance to be on a par with other Windows Mobile Smartphones. For all its pretensions as a mobile email device you probably aren’t going to want to write long messages using the keyboard: the Xda IQ is more useful for incoming than for outgoing email communications.


All Windows Mobile Smartphones that come my way undergo the same battery test. I force them to play MP3s from a memory card for as long as possible, with the screen on as long as possible and volume cranked up. I turn off all wireless options except GSM. Running this scenario I got eight hours and 20 minutes of music before the battery died, which is pretty respectable.


The XDA IQ is every inch a Windows Mobile Smartphone. The advantages of EDGE and quad band GSM if you are an international traveller, Microsoft Direct Push if your company network can use it, and the free ClearVue software if you need to read documents, are significant. Wi-Fi also has its uses, but VoIP is probably not currently going to number among them for most users.