The Nolii Couple Case itself is rather basic with a strange cutout on the back, but it's this (the Couple connector) that elevates this from simple iPhone case to an upgradeable wonder. Additional Couple devices can lock into the back, including a wallet, battery pack and arm strap for exercise. In effect, you get some of the Apple MagSafe features and a bit more on top without having to upgrade to a new handset.

If you like the idea of the iPhone 12’s MagSafe case and accessories but don’t want to upgrade your phone, the Nolii Couple Case brings you similar features to the iPhone X upwards.

This modular case has a Couple connector in the back that lets you attach a wallet, battery or fitness band. It’s a simple but effective system for those that want to expand their phone cases.

The basic Couple Case (£29.99) is the heart of the system. It looks much like any other iPhone bumper case that you clip your phone into. There’s a microfibre interior for protection, and Nolii rates the case to give protection against drops from up to 1m.

The soft-touch case feels nice in the hand with plenty of grip, and it comes in five colours, so you’re bound to find something that you like. You can get the case for the iPhone X upwards, although the iPhone 11 models are the latest listed at the moment. 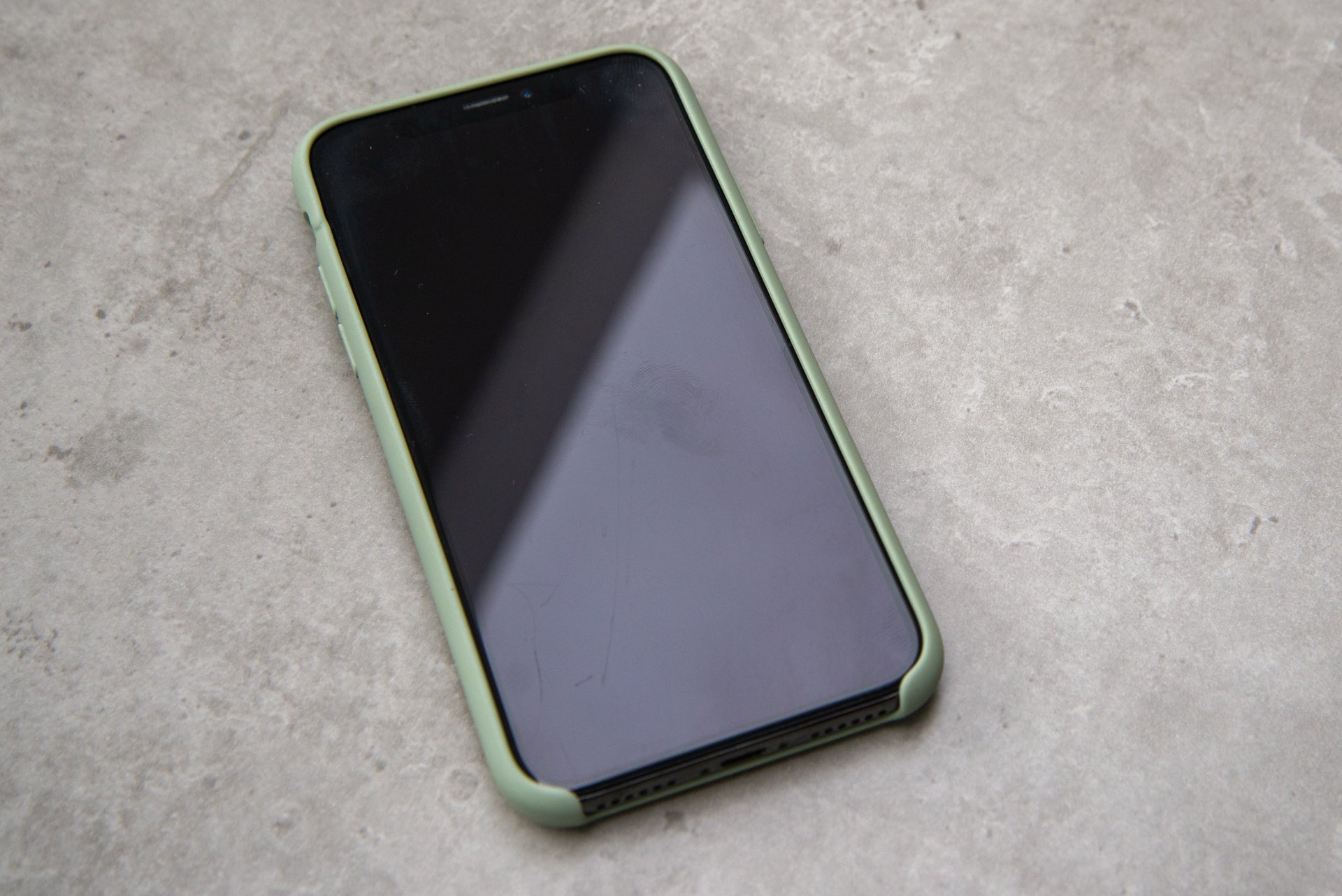 There’s no screen protection on this model, and it would be nice if there was a flip cover option available.

Flip the case over and the difference becomes apparent with a raised square cut-out at the back: the Couple connector. Without anything attached, the connector looks a little ugly, and it’s also a bit of a dirt gatherer, too: I try and regularly remove the case and clean the back of my phone. 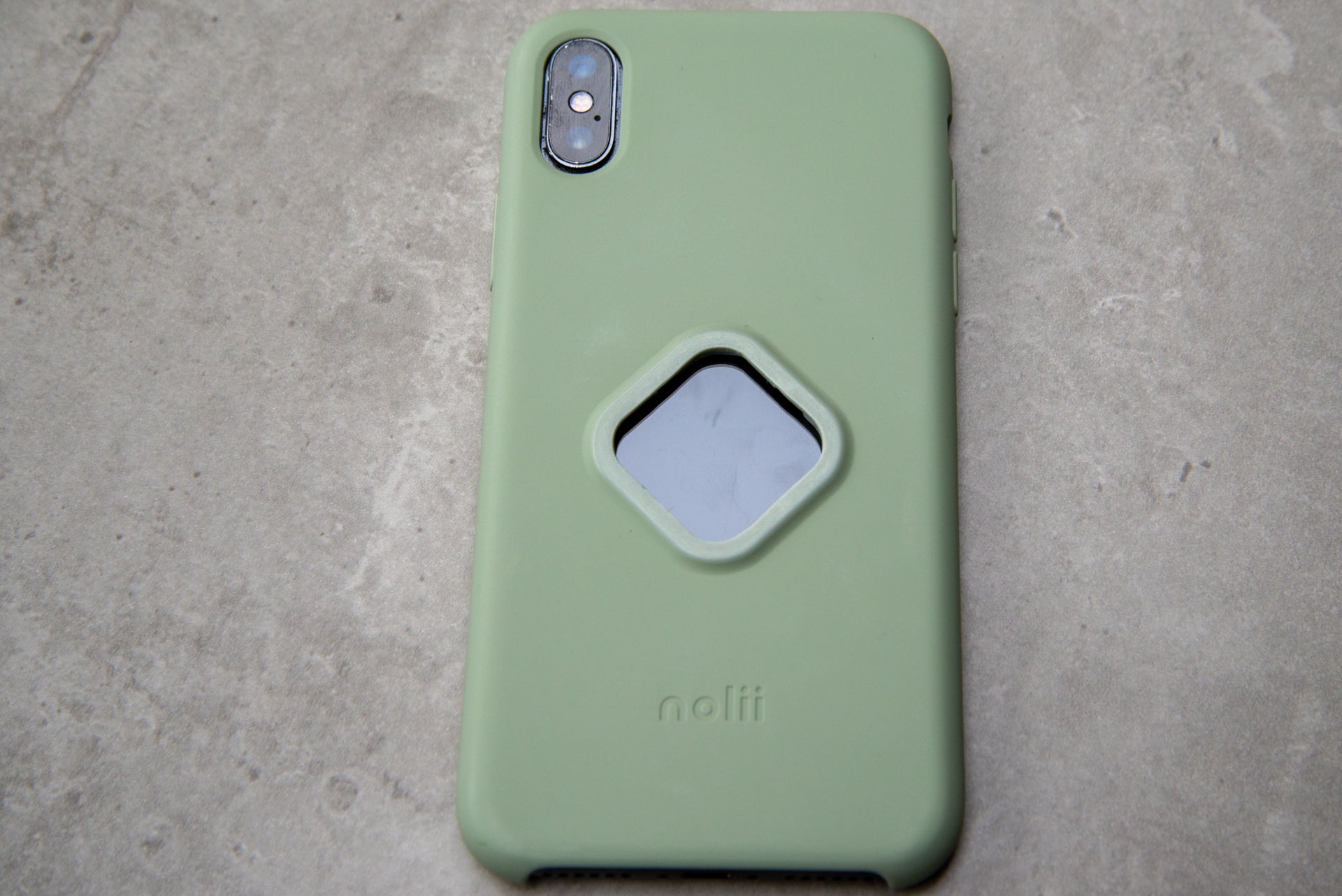 What the Couple connector gives you is a way to attach multiple accessories. Each one slots in at an angle and then you rotate to lock into place. I haven’t tested the Apple MagSafe case, but a solid locking mechanism such as this is likely to offer a tighter connection that’s harder to pull apart. As a result, there’s a wider range of accessories available here.

First, there’s the Couple Wallet (£14.99, four colours), which lets you slide one or two cards into the wallet, so you can go out light with just your phone. Just be aware that if you want to use Apple Pay, you’ll need to remove the wallet first to avoid card clash.

Cards slide into the soft-touch rubber case securely, and experience has shown that they won’t slip out. I found that the wallet locked securely into place and never became uncoupled from the main case, even when shoved in a pocket for a day. 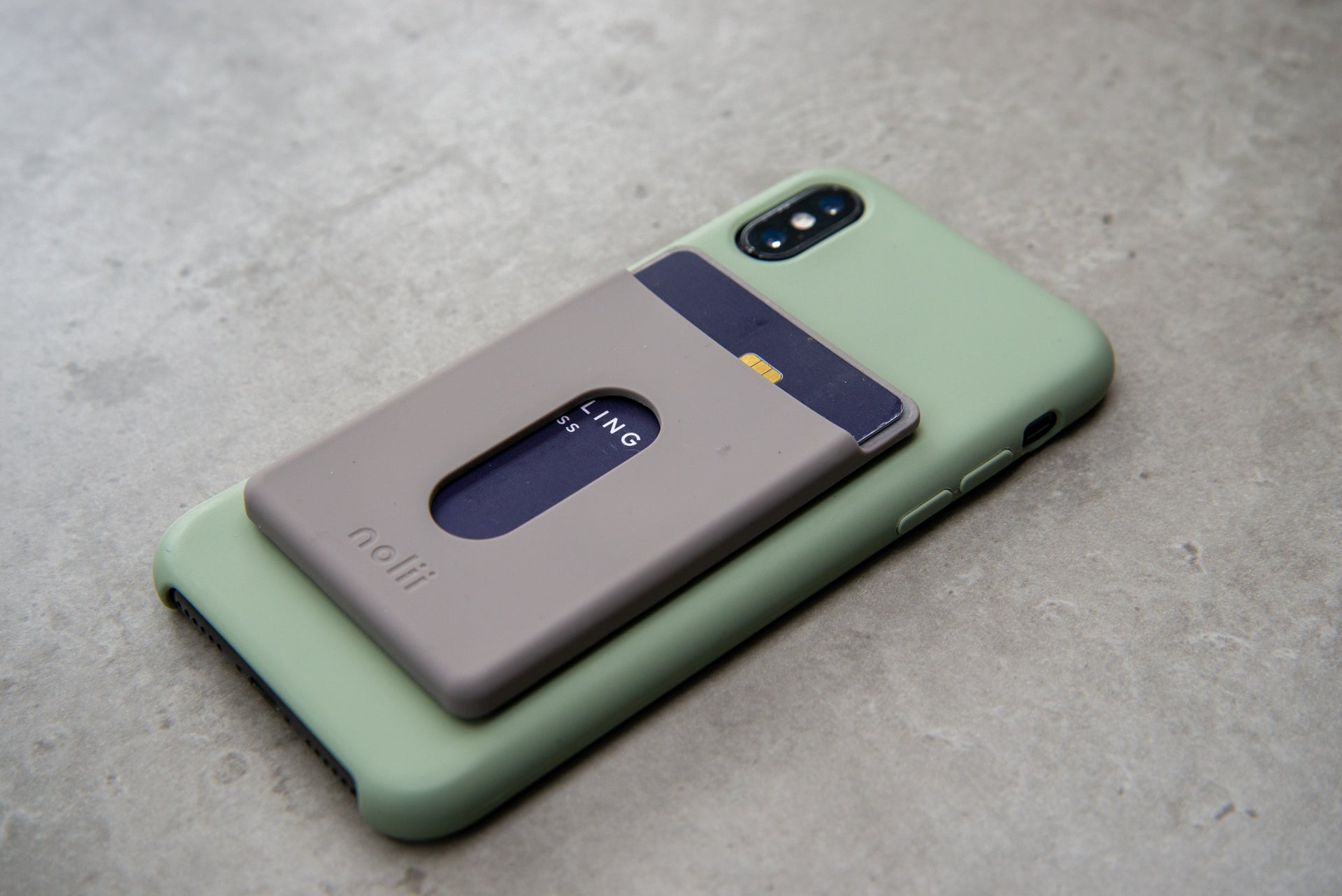 Couple Battery – A neat way to keep your phone charged

If your phone is running low on battery but you want to keep using it, a traditional battery pack isn’t the most convenient option: you have to try and hold it, and use your phone at full stretch on the charging cable.

With the Nolii Couple Battery (£39.99, three colour options), you get an alternative option. The battery back locks onto the back of your phone, giving you a chunkier handset but one that you can keep using while it charges.

The battery has a slide-out Lightning adaptor that plugs into your phone, and is charged via USB-C, so you can charge it and your phone using a cable at the same time. 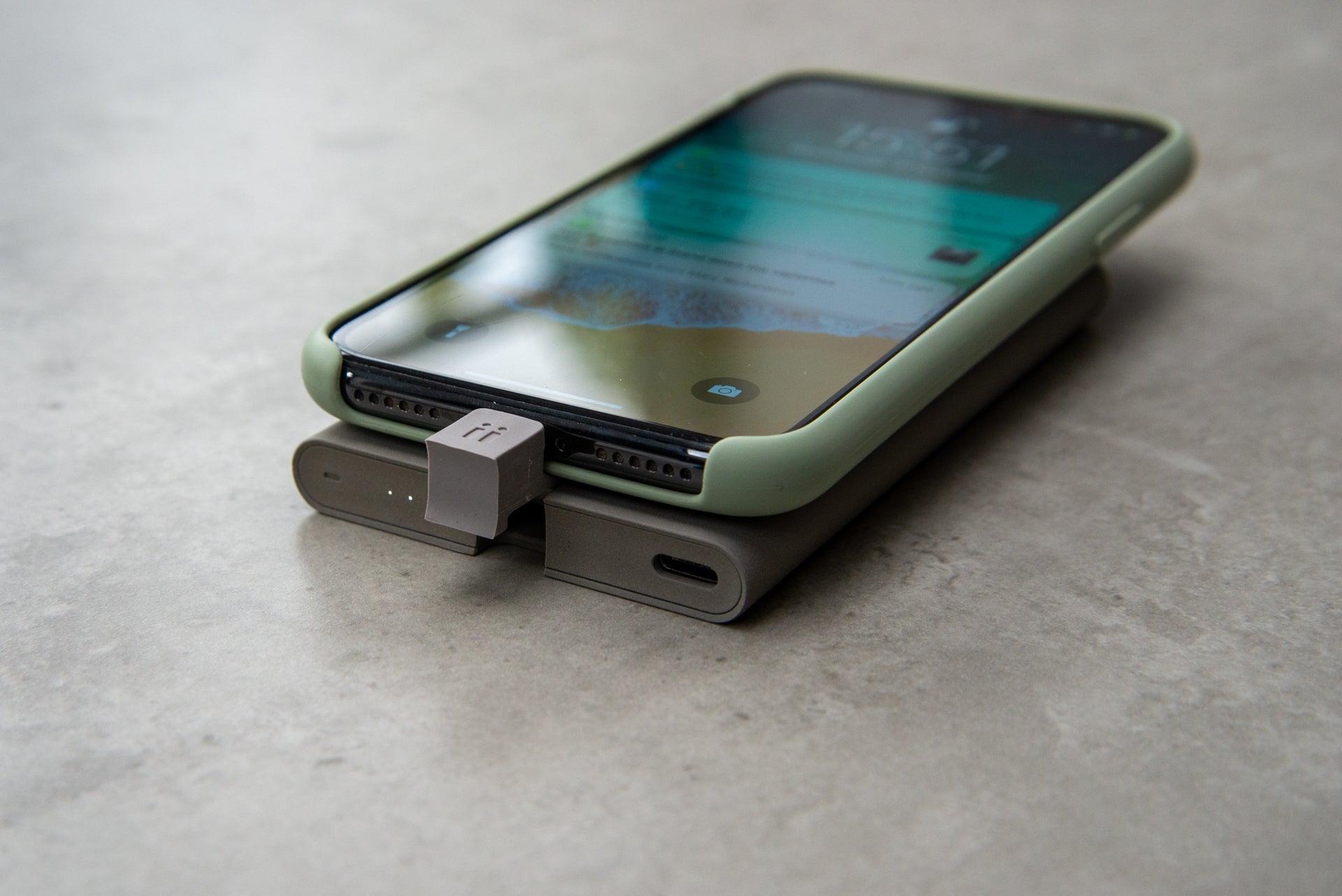 To keep the size down, the pack has a 3,000mAh battery: depending on the phone you have, that’s enough to give you a full top-up on some, or just under a full top-up on some of the larger options. The battery is only 5V 1A, so a slow charger; that’s arguably less important, as the Couple connector means that you carry on using your phone or carrying around while it charges; if you use a traditional battery pack or charger, you want to get power into your phone as quickly as possible so that you can unplug it and carry on using it.

You get four LEDs on the rear that light up when you tap the indent on the side, and they show the rough battery charge. You also need to tap this button to activate the battery to start charging.

Couple Fitness – A handy armband for running or exercise

It’s easier to lock the phone into place before attaching the armband, but this also means that if you get a call and want to undock the phone, it’s a little fiddly to do so quickly. On the flip side, I found that the Couple connector held the phone in place with ease, even when cycling along a bumpy path through a forest. 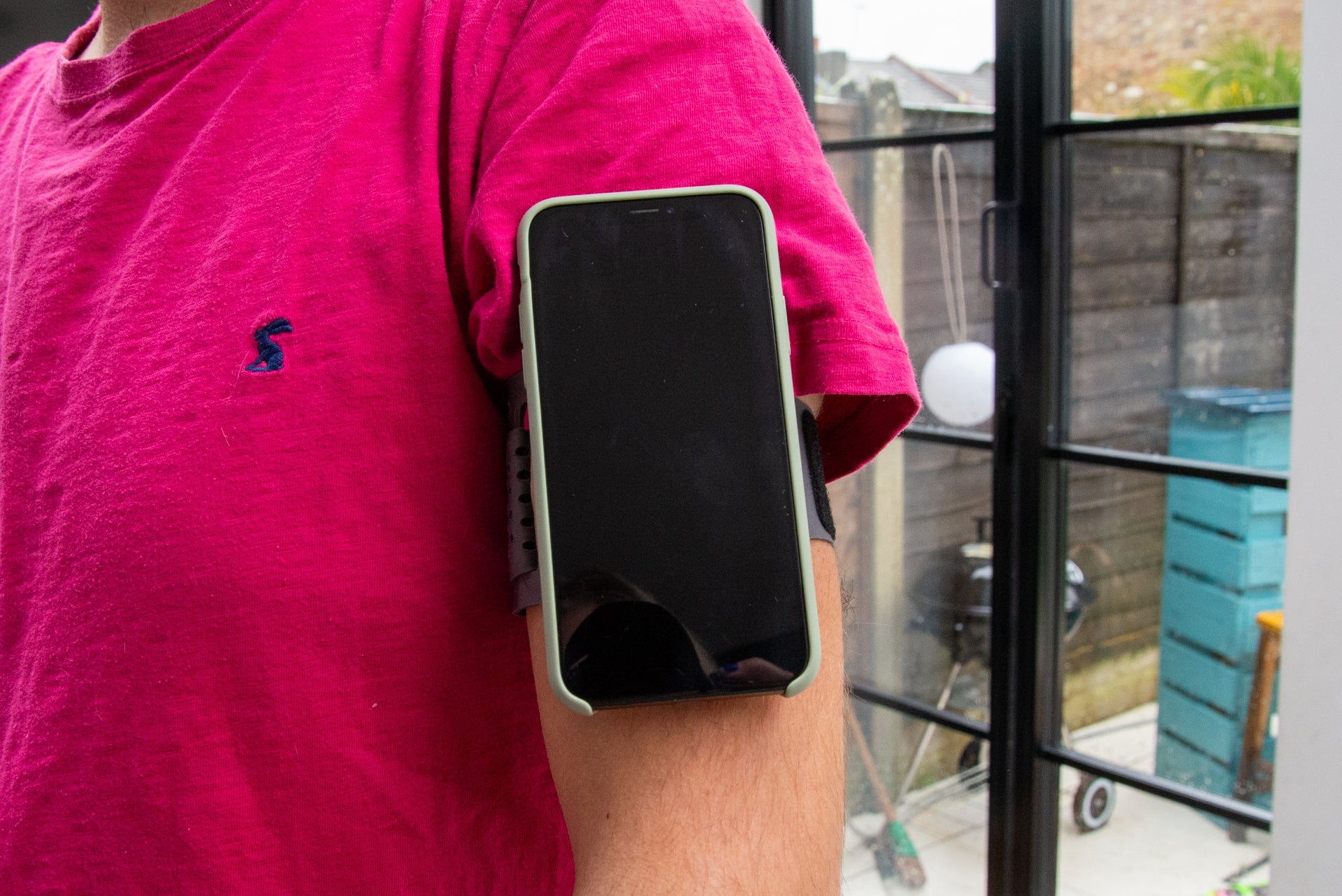 And, for extra convenience, the strap has a slot for a credit card and a slot for a house key, to you can go out without having to carry anything else with you. 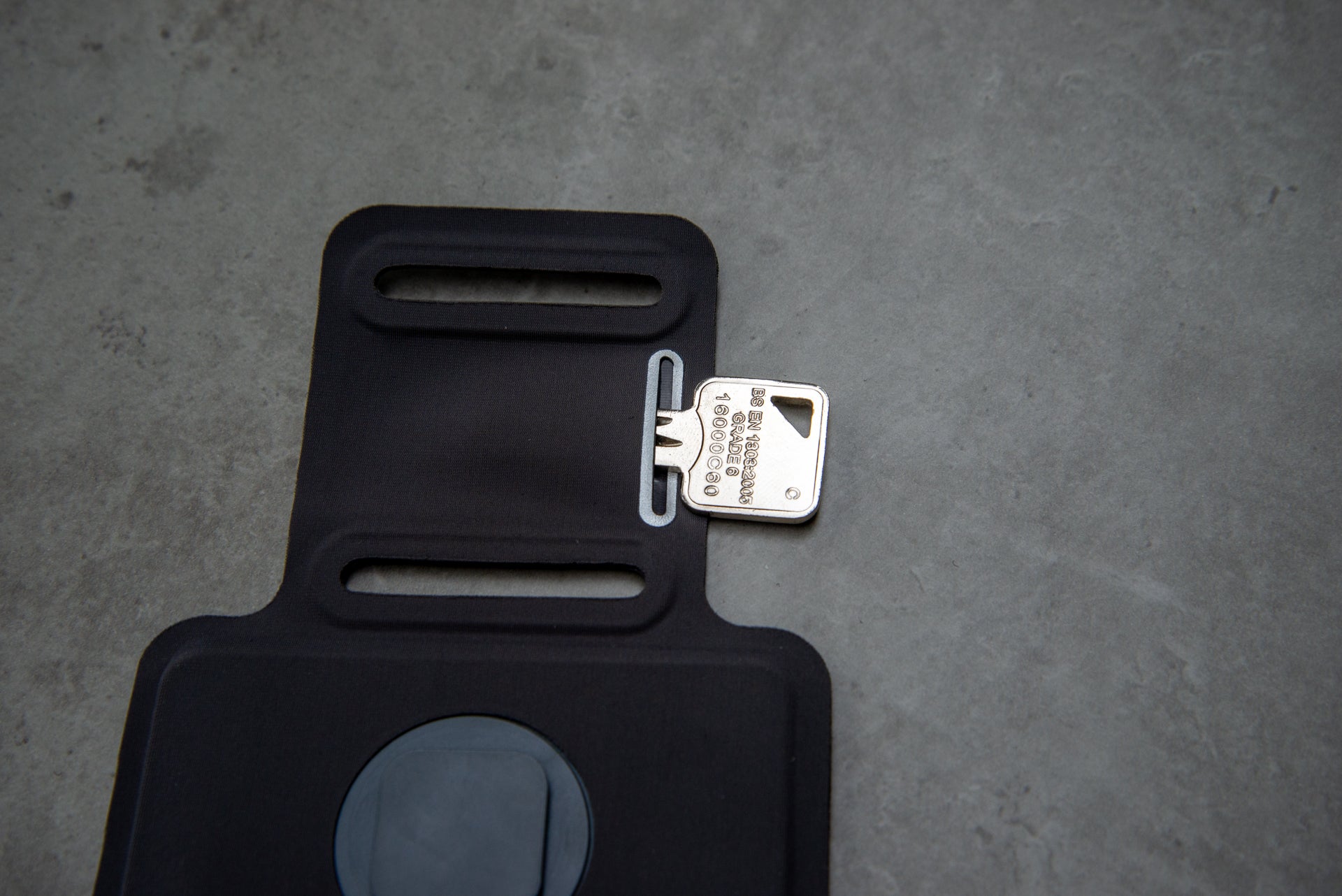 Additional accessories – A clever charging cable but not much else

Outside of the three main accessories, Nolii doesn’t currently offer any other accessories for its Couple system. That’s a shame, as there are a few that would work brilliantly, in my opinion: I’d love to see a bike attachment for handlebars, so you can use your phone for navigation; a car kit so that you can lock your phone into place for navigation would also be neat.

Nolii sells some additional accessories, including the Loop Cable (£19.99, three colours). This 2m cable is a USB-C to Lightning cable that comes with a looped section that fits over a small stand that sticks to your desk. It’s handy for making sure that your charging cable is always where you expect it to be found, but it doesn’t really do anything that a cheap cable grip can’t do with your existing cable. 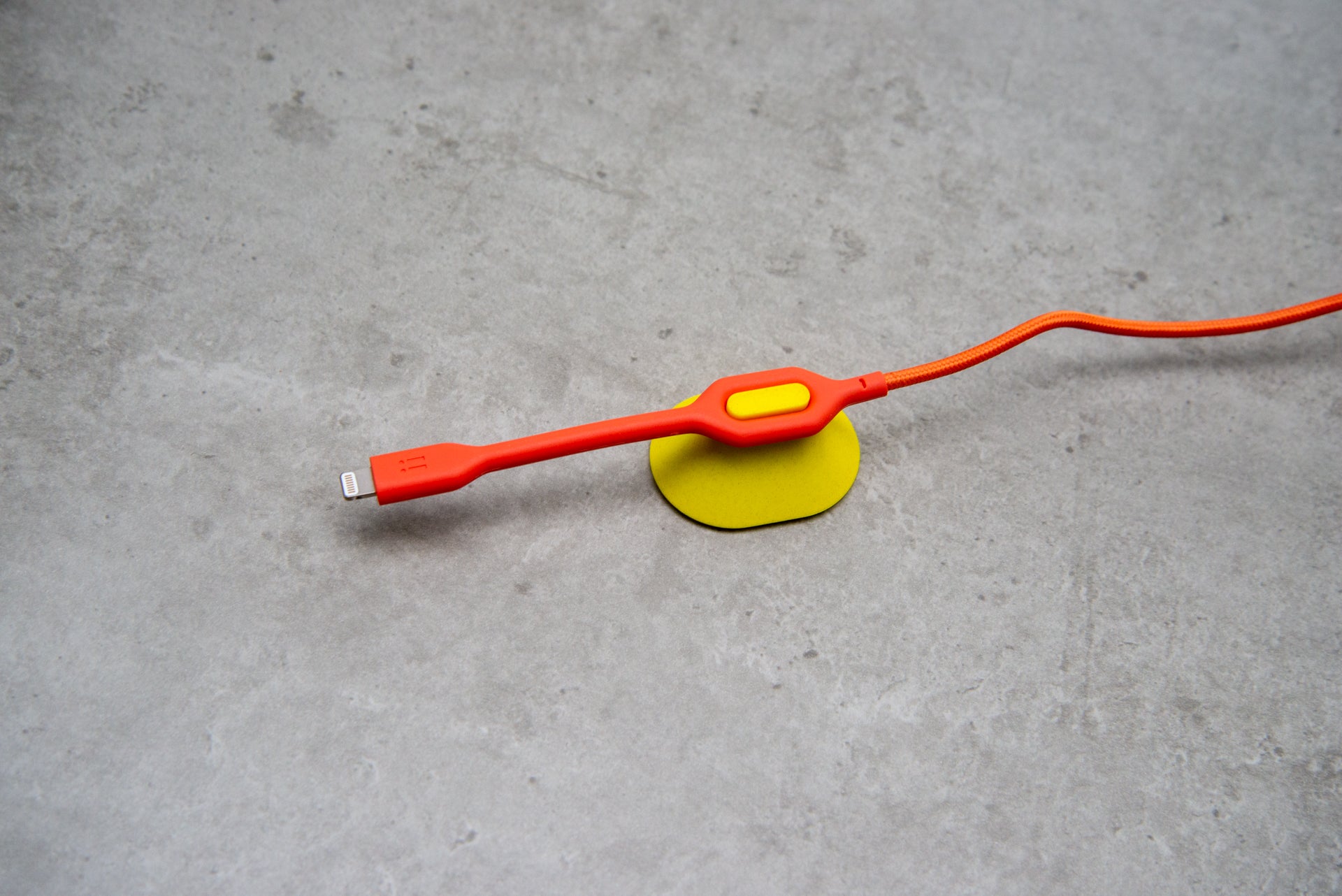 Should you buy the Nolii Couple Case?

The Nolii Couple Case doesn’t quite look as neat as the Apple MagSafe version, but the locking system is likely to be more secure, extending the list of add-ons to include a fitness strap and battery.

While the cut-out in the back of the case doesn’t look that nice, the simple convenience it brings by letting you add accessories is worth it. The launch accessories cover all of the basics, and this simple system makes them easy to use. And, if you upgrade your phone, you only need to buy a new Couple Case for your handset and the old accessories will still lock into place.