Nokia brings yet another 5-megapixel cameraphone to the party with the N82. And the camera is not all that’s on offer here as this phone is crammed with features.


But the N82 is a bit of a chunky beast, and I wonder whether the Nokia design team took the week off when its shell was put together, leaving the outer design to the apprentices. So before you go all goggle-eyed over the camera and other features, let’s just take time out to consider that design.


The positive thing to say is that the N82 isn’t all that heavy. At 114g it is on a par with lighter mobiles, in fact. But it is vast for a candybar style mobile being 112mm tall, 50.2mm wide and a rather generous 17.3mm thick. The upshot is that you are going to need fairly large pockets if you want to carry the N82 around daily. 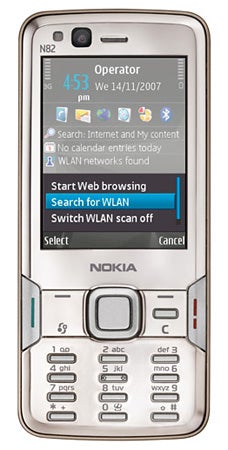 You might think with a mobile this tall that there’s plenty of room for a good screen and number pad, and I’d agree. But Nokia’s designers clearly don’t. The screen is good and sizeable at 2.4 inches corner to corner and offering a viewable area I measured at 36mm wide and 49mm tall. Its 240 x 320 pixels are fine and it can display 16.7 million colours.


The number pad and associated keys are something of a triumph of awfulness.


First off, the number keys themselves are narrow strips that can be pesky to hit accurately. I hated this design when it was taken to the Nth degree by Sony Ericsson in its W880i, and just about learned to live with it in the W610i and K550i

However, I can’t say I have learned to love it. Fast texting is a bit painful, and aesthetically the number keys simply look lost. They could have been so much larger given the available space.


The other keys don’t fare much better. The navigation ring is OK but a bit small for total comfort, and to its left and right are rockers that give you access to the softmenus, Nokia application menu and Cancel functions.


Right on the outside are the Call and End keys, almost afterthoughts really as they sit nearly on the side edges of the phone. But at least their markings are clear. The use of white on a silver background for the other keys meant that in some lighting conditions I could barely see the markings at all.

There is one more front key worth pointing out – the Multimedia key. Sitting on the right side rocker this opens up a submenu to the phone’s more multimedia oriented applications – picture gallery, music player, video viewer, games, Nokia Maps, the Internet, oh and for some odd reason, your Contacts too. 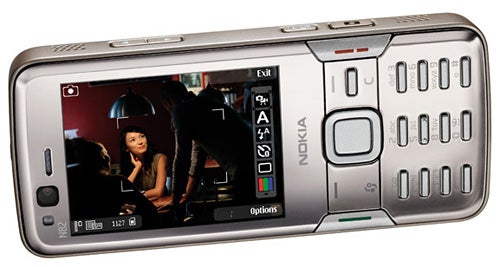 Side keys give you access to camera and image playback control, and a volume rocker doubles for camera zooming. These are much more conventional and were fine in everyday use.


If all this sounds very negative, let me quickly mention a feature I love. The rotating screen. It has long been possible to flick screens on some mobiles into landscape format for looking at Web sites and other activities. But the N82 goes a step further, reorienting itself when you twist the phone in your hand. You can turn this feature off if you don’t like it, but I found it rather nice to have the screen oblige automatically.

I also like the Wi-Fi. This is fast becoming a standard feature in Nokia’s higher end phones, but that doesn’t make it any less welcome here. Scanning for networks and hopping on is extremely easy, and from there the mobile Web is only a couple of button presses away.


The Wi-Fi nicely complements the 3G with HSDPA support for faster download over the air. Tri-band GSM with GPRS is here for those times when you are out of 3G or Wi-Fi coverage. Oh – and there is GPS built in too, for use with the already noted Nokia Maps.


Nokia’s N-Gage platform is also here, as it has been on several of the company’s high-end mobiles recently. There is a front-facing camera for two-way video-calling, nestled, as you’d expect these days, above the screen.

The main camera is one of the best I’ve seen on a mobile. The Carl Zeiss lens does a good job, the macro mode is handy, auto focus seemed to work well, and the xenon flash is powerful and really helps indoors. I like the lens cover both because of the protection it offers and because all you need to do is slide it away to start the camera software running.


The coloured dish was photographed indoors under normal household lighting and with the camera on its auto settings (auto settings are used for all test photos). The background is not quite as uniformly white as it should be but the colours on the dish itself are strong, and the photo is sharp.


The white chair is reproduced nicely, with plenty of detail. The cat was moving a little when this photo was taken, yet it is pretty sharp. The snowdrops were photographed using the macro lens. The very close ones are out of focus indicating the limitations of the lens, but those that are in focus are well reproduced. 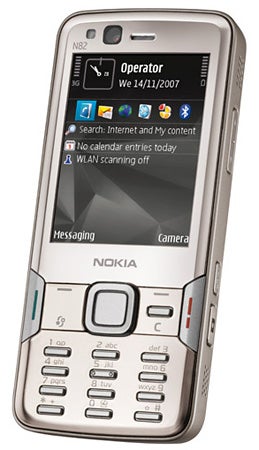 And if you want to display your photos, videos, or the screen of the phone on a TV, or other suitably enabled display device, a TV-out cable is supplied.


For music playback there is a 3.5mm headset connector which I regard as a very positive step. Stereo speakers on the phone itself feel a bit gimmicky to me, but they packed plenty of volume. Battery life was on the good side of average, with the phone giving me just a shade over seven hours of music from a microSD card, off a full battery charge. An FM radio complements the playback of tunes and podcasts.


There is 100MB of built in memory, and Nokia provides a 2GB microSD card to add to this. The N82 does not support SDHC so 2GB cards are your limit as far as storage capacity is concerned.


There is so much to like about the Nokia N82, from its good camera and massive feature set through to its 3.5mm headset connector and TV-out capability, that the handset design feels like a great let-down. 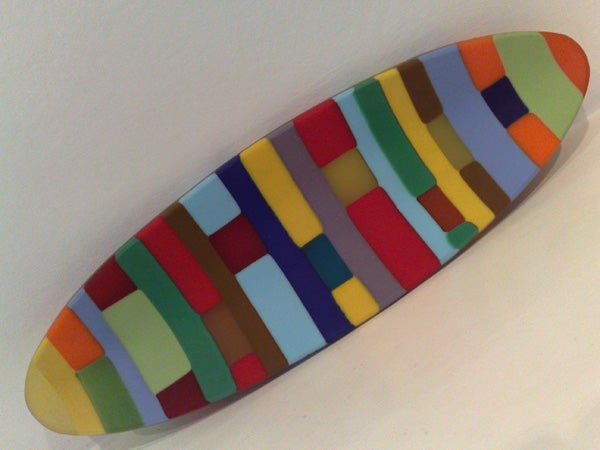 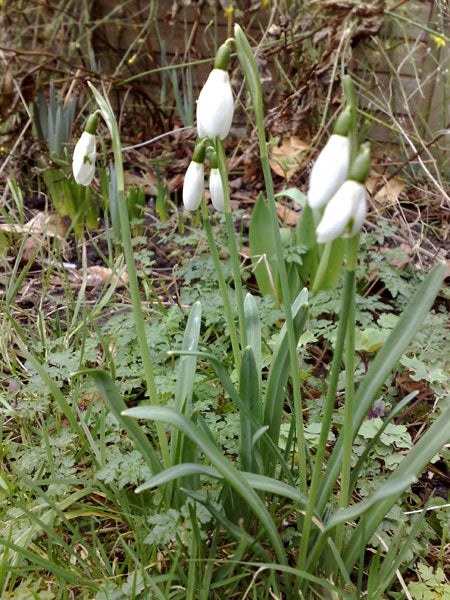 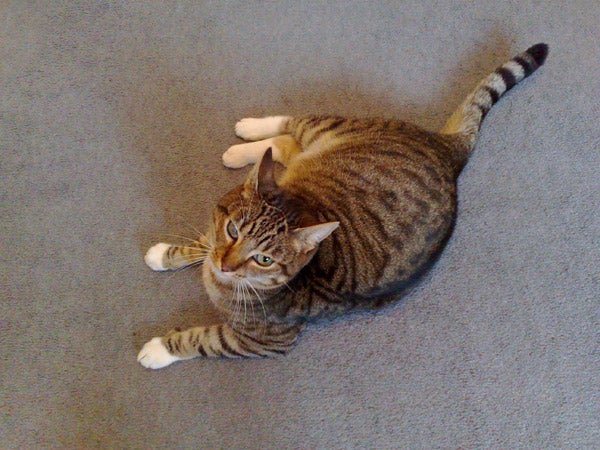