Described by Nokia as ‘multimedia’ computers’, handsets in the Nseries push at the higher end of what Nokia can achieve with an eye firmly on media savvy consumers.


However the company doesn’t make every handset in the Nseries a flagship one toting the absolute tops of what can be achieved. The N78, for example, has a 3.2-megapixel camera rather than a 5-megapixel one. So what is Nokia pushing here? 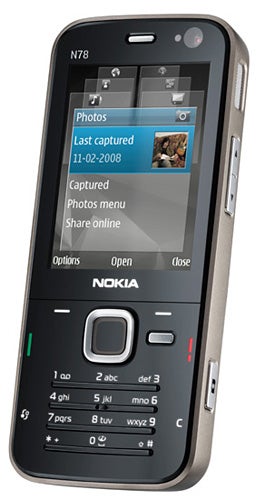 Well, it isn’t all that clear, to be frank. While this handset does pack one feature I’ve not seen before in a mobile phone (I’ll get to it later) most of what is here I’ve seen before and there isn’t anything that really stands out.


Certainly the N78 doesn’t win any prizes for portability. This candybar mobile is a chunky beast and many pockets will struggle to accommodate it. Mine certainly did. Its main problem in this respect is that it’s a tall phone at 113mm. Its width of 49mm isn’t so much of a problem but at 15.1mm thick it is rather fatter than many candybar mobiles. If you can find a pocket big enough for it, 113g of weight isn’t excessive. The main beneficiary of the overall size of this mobile is its screen which measures 2.4 inches diagonally and delivers 240 x 320 pixels.

Nokia mentions the viewing angle when listing the specifications, not something it does with regularity. Nokia’s claim of 160 degrees seems accurate enough – you can see the screen if you twist the phone round in your hand till it is almost edge-on. I’m guessing Nokia is talking this feature up because the N78 has Nokia Maps built in. If you want to use this for point to point sat-nav in a vehicle then a good viewing angle is a must.


The screen certainly does this mobile proud. What I’m not so sure about are the keys sitting beneath it. Like the N81, there is a flat aspect to some of the keys. Call, End, softmenu keys, Cancel and the Nokia Menu key are all flatties.

The number keys are peculiar in that to use them you tap along a thin narrow bar. There are four of these, sitting beneath the number indicators, one for 1, 2, and 3, one for 4, 5 and 6 and – well, you get the idea. The bar is barely more than one millimetre thick, and I found it very fiddly at first. As time went on it became less fiddly, but it was still pesky and put the kibosh on fast texting.


When the handset is locked the keypad area is blanked out. Its keys and number indicators are backlit bright white when you unlock the phone, again just like the N81. 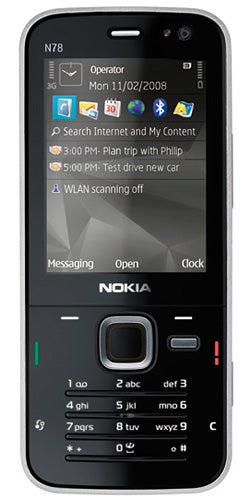 Nokia has also decided to replicate the N81’s multimedia key (also found on the N82, by the way), and navi wheel features.


The latter means that you can use the navigation D-pad as a scroller by running a finger round it, moving through lists such as tunes, contacts, photos and so on. On the N81 the feature seemed to lack sensitivity to me, but that has now been improved and I found it fine. You can turn it off if you don’t like it.


Hit the multimedia key and you are into a separate menu system which you can move through using left and right on the D-pad. Maps, games (N-Gage naturally), videos, photos, music, contacts and Internet all feature. I found this button too close to the right softmenu key for comfort. The flat softmenu key consistently got missed and the multimedia key hit in error. 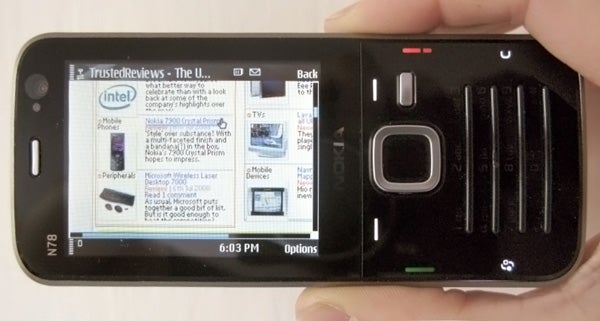 As for spec, this is a 3G handset to 3.6Mbps with Wi-Fi and Bluetooth, so you can take advantage of a wireless network for Internet use, Nokia Maps downloading and such. It runs S60 3rd edition Feature Pack 2, which means it is positively brimming with applications, smart features and support.


One example of a neat feature is that when you choose to browse photos the screen does a little animation and turns itself into wide profile, so you can see shots using the full width of the screen. You can use screen rotation when browsing the Web too, and this makes for good wide screen viewing. Coupled with a reasonably powerful zooming feature and page thumbnails web browsing is quite comfortable.

There is a front-facing camera for two-way video calling, as well as the main camera. Yes, the latter can geotag your photos, but as mentioned earlier it offers 3.2-megapixel capture. With 5-megapixels becoming the norm on higher end phones, it might appear that Nokia has sold itself short here.


However, the Carl Zeiss optics with auto focus, macro mode and LED (not xenon) flash all help matters along nicely, plus we should not forget that cramming more megapixels onto a tiny sensor can actually be detrimental to picture quality in terms of elevated noise (a 3.2-megapixel sensor has the potential to offer cleaner images than a 5-megapixel one of the same size). Anyway, with all the settings on auto mode and the flash turned off my tests shots were encouraging.

The coloured dish is well defined and colour reproduction is very good. Taken outdoors on a dull and wet day the chair photo is quite acceptable, while the flower, photographed very close up indeed, shows the camera’s ability to capture detail nicely, especially the water droplets.


When it comes to data storage there is 70MB of built in memory, and the phone comes with a 2GB microSD card which fits into a slot on the left edge of the casing.


Music output quality and volume level were both good. Stereo speakers sit on the left and right edges of the casing. The headset is two piece with a 3.5mm connector just past the microphone and inline music controls and a 3.5mm connector into the phone too (hooray!) 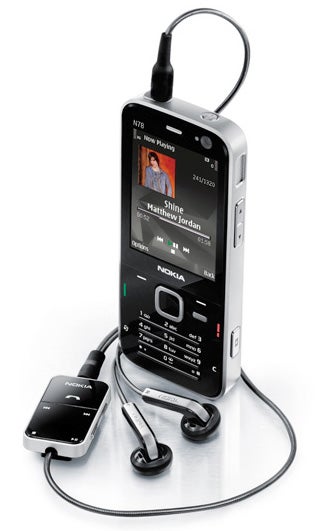 Battery life was quite impressive. From a full charge I got ten and a quarter hours of non-stop music. Obviously if you thrash the 3G, Wi-Fi or GPS services then you may need quite regular power boosts, though.


An FM radio and access to Internet radio boost things musically (the latter probably best used over Wi-Fi). And in case you think I’ve forgotten about that feature I’ve never seen before in a mobile, here it comes – an FM transmitter that you can use to send music to your car (or any other) radio.


The N78 doesn’t bring much that is new to Nokia’s ‘multimedia computer’ concept and as such is a bit of a disappointment. That said there are some neat features such as the FM transmitter and the ability to rotate the display, but as a phone it’s a bit chunky for the pocket and the number pad is far too fiddly. 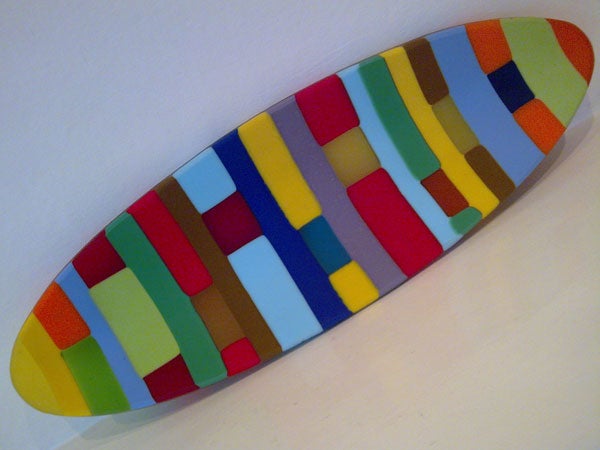 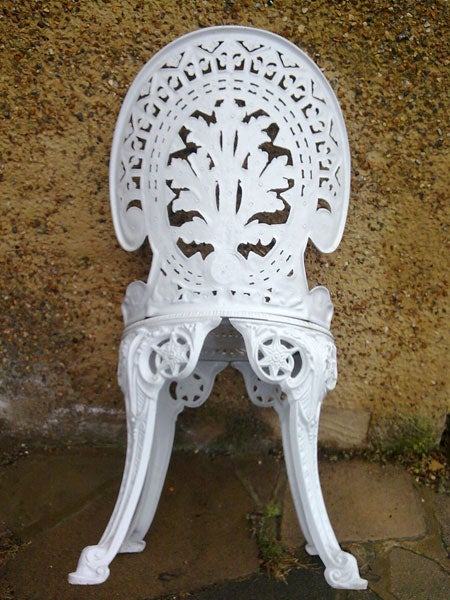 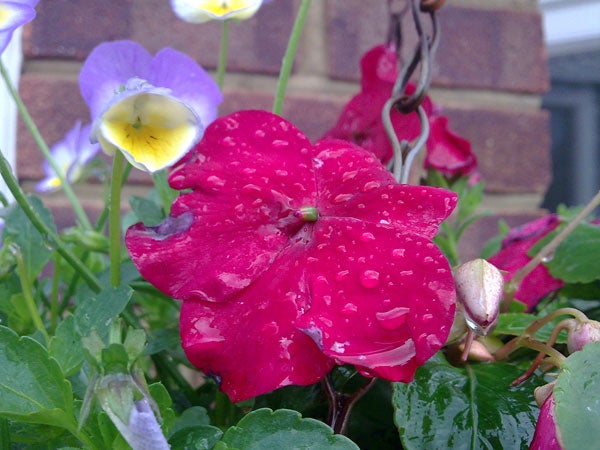