Nokia’s E series line-up of messaging phones has brought us some top class handsets in the last year or so. We’ve had not only the sublime E71, but also the E63 – it’s equally impressive, but less costly sibling – so this latest addition to the range has a lot to live up to. 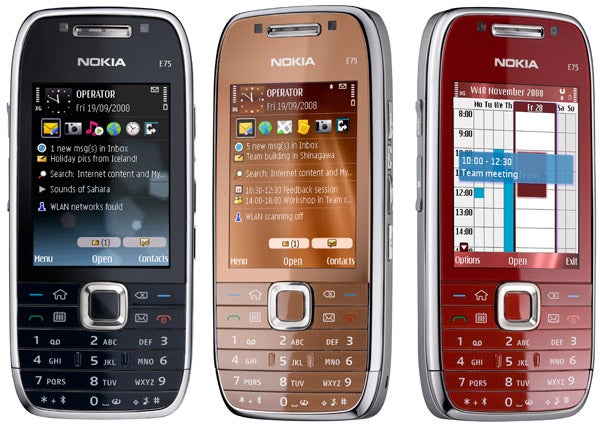 Luckily, first impressions of the E75 are good. This really is a beautifully designed phone and reminds us in many ways of Nokia’s old 8800 luxury handset as it has a similar polished chrome surround that frames the screen and keypad. It also has top class build quality as like the 8800 the metal bits are actually made of real metal and the plastic that’s been used manages to avoid looking cheap and nasty.


The other key feature of the E75’s design is its slide out QWERTY keyboard. This may be Nokia’s first attempt at producing a slide out keyboard but it’s hit the jackpot first time. The sliding mechanism feels silky smooth yet sturdy enough to stand up to the rigors of daily use. What’s more, Nokia hasn’t had to bulk up the handset to accommodate the keyboard as it still only measure 14.4mm at its thickest point. 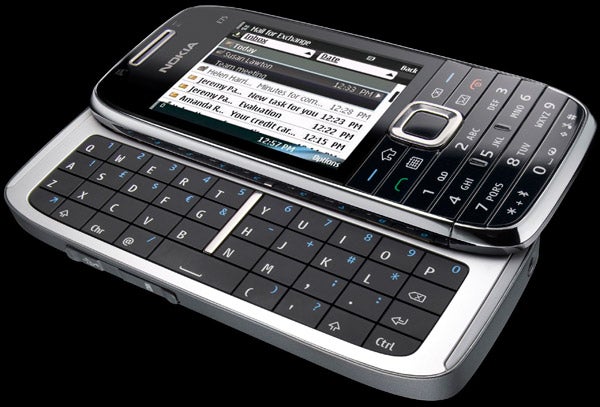 The keyboard itself is one of the best we’ve used on any messaging device. Compared to the likes of the HTC S740 which have similar slide out keyboards, the keys here are huge and well spaced. This means you can get up a decent typing speed for emails and text messages pretty much straight off the bat.


Like Nokia’s other E series models this one is based on the company’s S60 software. Series 60 has improved a lot over the years and is now far slicker and more useable than its earlier incarnations. There’s now a good line-up of useful applications including QuickOffice for viewing and editing work documents, Nokia Maps for use with the phone’s GPS receiver (you get a 3-month free trial of the service with this handset), a PDF viewer and stable media player. Another neat feature of S60, as implemented here, is the Switch Mode function that enables you to set up different home screens for Work and Personal use and quickly switch between them from the standby screen.

As the phone is predominantly aimed at those who want to be able to keep in touch via email while on the move, it’s not surprising that the E75 has excellent messaging features. As well POP3 and IMAP, there’s also support for Nokia’s own consumer focused push email service, Nokia Messaging, as well as Mail for Exchange and Lotus Notes Traveler. Unfortunately, support for Blackberry Connect is still missing. 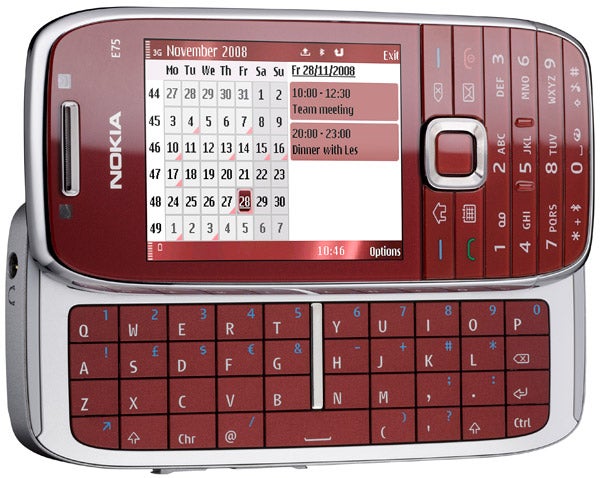 The phone’s screen is perhaps one of its weakest areas. Although it’s very bright and so easy to read outdoors, its resolution of 320 x 240 pixels is relatively low by today’s standards. This doesn’t really hinder most day to day functions like checking your calendar, texting and emails, but it does make the phone less useful for web browsing as only a relatively small amount of the page can be viewed at any one time. The browser does try to get around this with some clever zooming features, but it’s no match for having a larger and higher res screen. That said, the phone is quick to load pages as it supports both Wi-Fi and HSDPA. And as the E75 has a low resolution front-facing camera, as well as the 3.2-megapixel one on the rear, you can use it to make video calls.

The rear-mounted camera includes a micro-mirror for framing self-portraits and also has an LED flash. The shots it takes are reasonable by cameraphone standards with acceptable levels of detail and decent colour reproduction, but they’re not as sharp or as vivid looking as the shots you’d get from a dedicated digital camera. One plus is that thanks to the onboard GPS chip, you can set the camera up to automatically geotag the shots it takes when the phone can get a lock on your position.

There’s no doubting that the E75 is being aimed squarely at business types, but that doesn’t mean that Nokia has left out all the fun stuff. For example, the phone is supplied with a decent set of stereo headphones (complete with a built-in mic for hands-free calling) which you can use to listen to tunes via either the music player or onboard FM tuner. The headset connects to the phone via a standard 3.5mm jack so you can also swap the headphones for your own cans if you like. But perhaps the most surprising addition on the entertainment side is the support for N-Gage games. Unfortunately no games are includes as standard with the handsets, but you can download them directly from the N-Gage on-phone showroom. 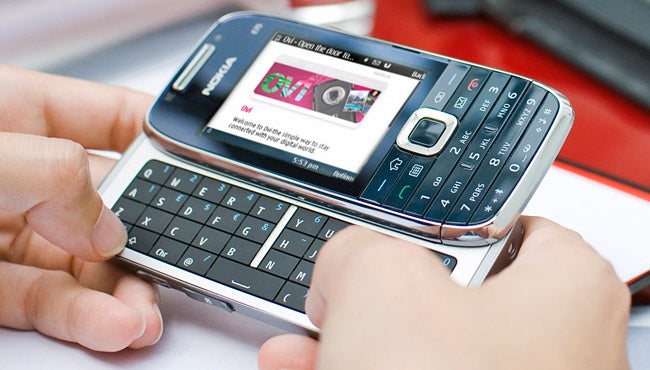 The E75 uses a relatively small 1,000mAh battery so we weren’t expecting it to be all that impressive when it came to battery life, but it took our preconceptions and blew them out of the water. This phone was one of the best performers of any smartphone in terms of the length of time it will keep running between charges. Most smartphones last two to two and a half days, but this one was happily able to keep going for around four days with medium usage for calls, email and a bit of web surfing via Wi-Fi. It really is incredibly impressive that it manages to eek out this type of battery life from its power pack. Another boon is that unlike many of Nokia’s previous standards this one can be charged via its microUSB port, as well as the supplied wall charger.


The N75 packs in pretty much everything you need for life on the move including top class email support, GPS, document creation and editing as well as a decent camera and music player. Add in the excellent battery life and roomy keyboard and you’ve got a seriously powerful phone. If you don’t want the extra bulk – mainly in width – associated with the large touchscreens on the likes of the iPhone and Touch HD, it makes for an excellent business phone.