Nokia’s newest trio of E series handsets comprises of a follow up to the keyboarded E61 called the E61i (even for Nokia this name shows little imagination) a new communicator the E90 and the phone I am looking at in this review, the E65.


The E65 comes in two colour schemes. Mine was brown – Nokia calls it Mocca – and silver. The alternative is red and silver. The brown parts are made of a rubbery substance which makes the E65 easy to grip. I don’t like the leather-look stipple on the back, but that is just a matter of personal taste. 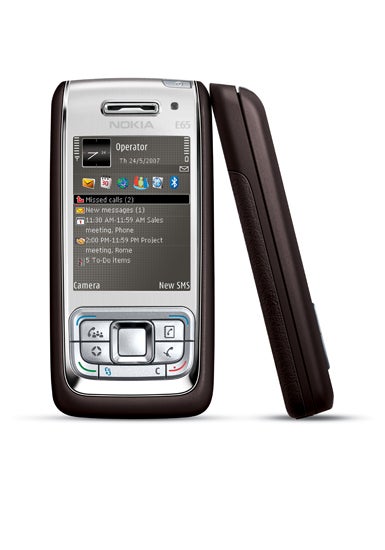 This is a slider handset. I feel sliders should be very small when closed, and at 105mm tall and 49mm wide, the E65 is not that much smaller than a standard candybar phone. At 15.5mm it’s not that thin either, though its 115g of weight is acceptable.


The slider mechanism feels solid, is slightly spring-loaded and delivers a comforting click when fully extended or closed, but Nokia has not thought hard enough about the ergonomics of using it. There is no thumbgrip for sliding the phone open, which means that you are forced either to put a thumb mark on the screen or press the edge of the large central select button of the navigation pad. Neither is a perfect solution.

The E65 is a quad-band 3G handset and like others in the E range is unashamedly aimed primarily at business users though of course there’s nothing to stop others going for it too. Be aware if you are interested, that there is no front facing camera for video calling.


The front fascia houses ten keys and the navigation pad. I’m not so sure even business people are going to find a great deal of use for the conference call key, though it can be set to call a default number for conference calls should you need it. 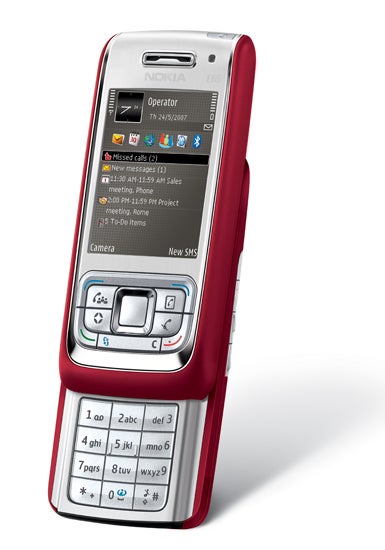 The key which mutes the phone’s microphone during calls could be handy within and outside the business community. Another key takes you to the address book and a fourth can be configured to do whatever you like. People you’ve assigned it a function, pressing it calls up the config utility – a nice touch that saves you from having to go into the Settings menu.


These four keys are to the left and right of the navigation pad. They are pretty large and easy to find, as is the navigation pad’s centre button. Its outer ring is rather too small though, and the same criticism can be levelled at the soft menu keys Call, End, Clear and Nokia Menu keys, which collectively form a frame for the inner keys.


Nokia’s Edit key is relegated to the right edge of the phone where it sits alongside the volume control keys and one for both voice dialling and the voice recorder. Long and short presses of this indicate which you want to use.


The number pad, revealed when you open the slider is large and its keys are very slightly ridged, which helps you hit them accurately.

The screen is a delight. Delivering 240 x 360 pixels in an area measuring 2.25 inches corner to corner and capable of 16 million colours it is about as good as a handset screen gets. Clear, sharp and bright it is really let down by the default dull grey theme.


There’s 50MB of memory built in and microSD cards can be used to expand on that. The slot is under the battery cover on the right side of the handset and though it’s protected it’s very easy to get to.


The S60 operating system offers a nicely rounded set of applications these days and email management includes support for plenty of over the air synchronisation options. The phone includes readers for Microsoft Word, Excel PowerPoint and PDF, unit conversion, a utility for working with teams, the Gallery for image viewing and Nokia’s strong MP3 player. You get a PC sync cable and software for those who want to synchronise contacts and calendar with a local computer.


There is no FM radio in this handset, but that’s a small omission in what is generally a strong application suite. More annoying is that Nokia bundles a mono headset and if you want stereo you need to buy a Nokia Pop-Port connecting headset.

Nokia’s web browser is sophisticated enough to make browsing relatively straightforward and naturally 3G comes in handy here. Of course the small screen makes some sites too painful to view, even with the ability to shrink text size to minute proportions. 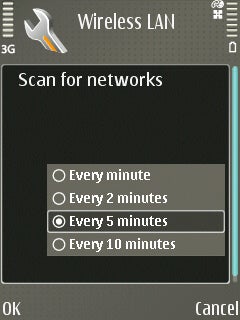 The exceptional feature of this mobile has to be the way it handles the built-in Wi-Fi, the third wireless flavour on board after Bluetooth and infra red. The system is the same as that implemented in the other new E series handsets. There is a ‘sniffer’ built into the phone, and its main screen can be set to show the result of regular scans for networks. Alternatively, a link to the sniffer can sit on the phone’s main screen and you can use this to manually scan for and connect to networks. This makes it very easy to use the E65 for the wireless Internet and for other applications such as Voice over IP. In fact I used it to evaluate the Truphone and Fring VoIP applications 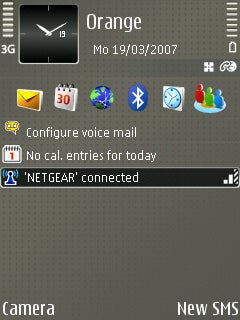 The 2-megapixel camera is slightly disappointing. It is easy enough to use, but lacks flash, self portrait mirror, macro mode and auto focus. It only shoots in two resolutions, 1600 x 1200 and 640 x 480. My standard reference shot of the coloured dish, taken indoors under natural household lighting lacks vibrancy while the flowers suffered the usual problem of over exposure. The camera did well with the cat though, who was moving at a gentle trotting pace when the shot of her was taken and yet the image is not blurred.


The E65 has some design points that need more attention, the camera isn’t what it could be, and Nokia has shot itself in the foot by not including a front facing camera for video calls. But the clever Wi-Fi software could draw you to this phone regardless. 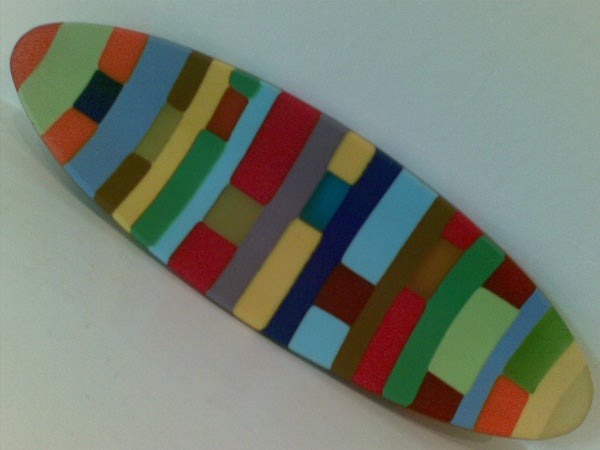 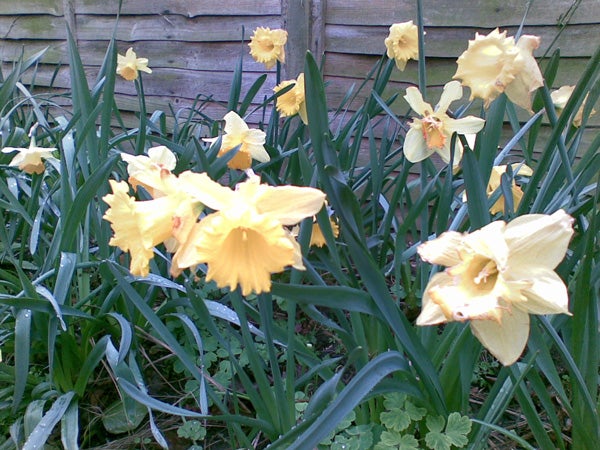 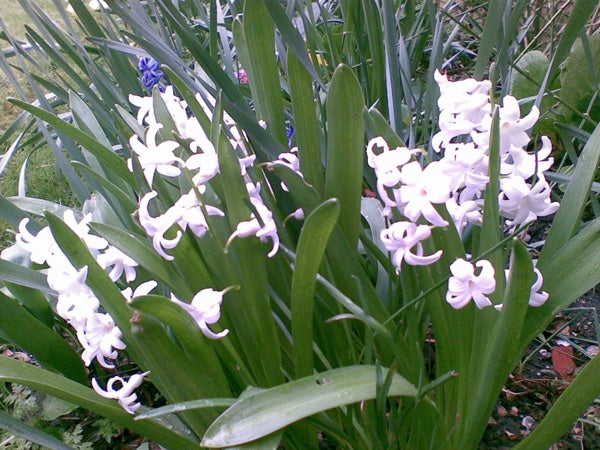 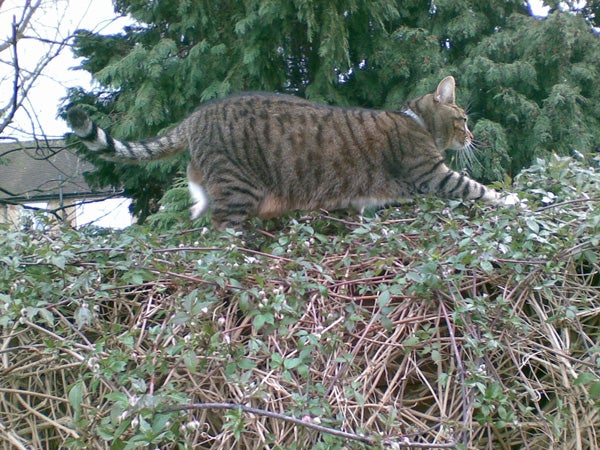