Nokia’s E series of handsets is primarily aimed at business users. There are four phones in the range, but with its keyboard, wide screen and inevitable ‘BlackBerry killer’ branding, the E61 has stolen most of the publicity from the rest.


The other three handsets have kept a relatively low profile, and none so much as the E60. This is undeserved, as the E60 packs in plenty of features, combining them with ease of use.


The one thing the E60 doesn’t have is a camera. This is a strategy designed to appeal to those companies fearful of cameraphones, including, but not only, those worried about industrial espionage.


This seems to me to be misguided. If you were in a corporate situation and you wanted to take photos of something, would the fact that you had an E60 stop you? I suspect not, as there are plenty of other cameraphones and camera devices you could sneak into your pocket. Anyway, that’s the way things are with the E60, so we’ve no sample camera images in this review.


A direct consequence of the no-camera silliness is that even though this is a 3G handset you can’t make video calls. There is a general acceptance that video calling is a ‘dead duck’ and that people don’t really want it. But plenty of professionals make video calls. Two examples will suffice: to report back to work on things that are better seen than described, and to say hello or goodnight to the kids (yup – I do this.. ed). Yes, the last is a personal use, but companies accept a level of personal usage from business handsets. 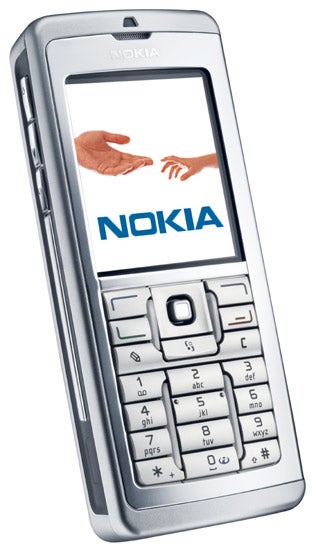 The Nokia E60 looks rather bland, which means it might avoid being a huge theft target. Physically it is large at 115mm tall, 49mm wide and 16.9mm thick. Business users and others with big hands who grumble about having to use weeny phones should not have that problem here. It isn’t too heavy at 117g.


The relatively large size has been used to good effect where the number pad is concerned; with large keys the order of the day. A mini joystick beneath the screen feels comfortable to use.


Memory expansion to build on the 64MB in the phone itself comes via a slot on the right side of the casing, which is covered. I can’t understand why Nokia has chosen RS-MMC cards – this is a disappearing format. Moreover, the E60 requires dual voltage cards, so if you have some older RS-MMC cards in the drawer they may not work.

It is a pity that the GSM support is only Tri-band, and that the phone does not support HSDPA, but on the other hand, the E60 runs Symbian S60 version 9.1, a smartphone operating system that offers good stuff for both business use and leisure – from music player to diary management, POP3 email to over the air support for third party clients like BlackBerry Connect.


The web browser is worth a special mention. Web access over 3G proved to be quite nippy. The browser makes automatic bookmarks for pages you have visited, which saves the hassle of putting addresses in manually, or remembering to bookmark important ones. There is a ‘page overview’ mode which shows a thumbnail of the current page and enables you to move a red square around it and home in on a particular section to view, which can be handy.

You can manipulate the text size down till it is almost too small to read – in fact for some sites and some pairs of eyes it will be too small. And the screen resolution is spectacular at 352 x 416 pixels.


The one thing you can’t do is force a web page to format to the screen width. You can flip the screen into wide mode though, which helps in this respect, but unfortunately you can’t do this within the browser – it is an option available under the S60 main menu. Flicking out from a web page, rotating the screen, then flicking back in, doesn’t take many key presses, but I wish Nokia had included a shortcut to the feature in the browser itself.


The good news is that this screen flipping seems to work across the board, which means when you are using the software provided in a folder called Office for looking at Microsoft Word, Excel and PowerPoint documents, you can go landscape to get a wider view. 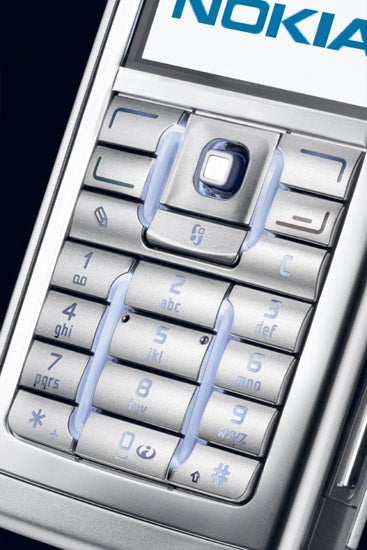 You can do some document creation too with this software – including presentations – but it is somewhat fiddly and slow.


Another star feature of the E60 is that alongside Bluetooth and infrared is Wi-Fi. You can use this for web browsing, and also for Voice over IP purposes, and for once Nokia is actually suggesting that using a wireless LAN is a low cost option for placing voice and data calls. You can set the handset up so that it always asks you what kind of connection you want, displaying a list of those that are available including WLAN access points.


I found the battery life to be good but not outstanding. Asking the E60 to play music for me non-stop with the screen forced to stay on got a little over eight hours of tunes. I’ve seen better – Nokia’s N73 managed ten hours 45 minutes and the already mentioned E61 a little more than 14 hours.


Nobody should take the E60’s document creation features too seriously – you probably won’t find them good for much more than a bit of editing and will still need a laptop.


Battery life could be better too. Anyone taking this handset on a business trip and wanting to use its WLAN and 3G features is going to need to carry the charger. Nokia made a bad choice for memory expansion, and the absence of a camera irritates.


Nevertheless there is a lot that is good about this phone, not least for those who are serious about VoIP. Nokia would do better to extend battery life, add a camera and incorporate a more popular memory expansion card in the next version of this handset.