Nokia’s L’Amour Collection of handsets had managed to evade my clutches, but that situation ended when I was sent a 7373. SIM free it’ll set you back £174 (inc VAT) from Nokia’s online store, but go with an operator and you can get it for free.


Nokia could have chosen to send either a pink or a black version of this handset and opted for the former. I’m sure Nokia doesn’t want anyone to equate this phone with sweet, sticky food, but I just can’t help it. The fascia, reliant on a pink background with darker pink swirls and cream edging reminds me of nothing more than raspberry ripple ice-cream. Meanwhile the back has a pink faux leather effect to the battery cover and more cream (raspberries and, well, cream of course). And when you open the phone up to get at its keyboard, the back of the screen section sports a bronze plate with creamy swirls (shades of toffee and yet more cream). 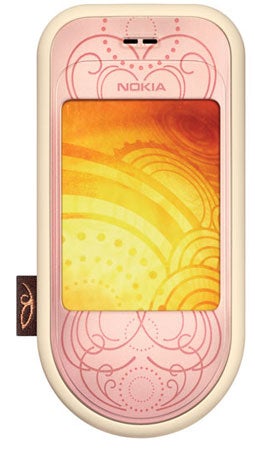 Probably the most interesting thing about this phone is the way it opens. The 7373 looks like a clamshell handset, but in fact it is a swiveller. There’s a hinge at one end around which you turn the top and bottom sections to reveal the number pad. Do this and the screen rotates so that it is up the right way for viewing. It is the same system as used by Samsung’s SGH-X830


Given that you can’t use the handset much when it is closed that’s probably a relatively minor issue. There are no front controls at all, so all you can do is fiddle with volume or start and use the camera taking advantage of a couple of side buttons. Do the latter and the screen moves into wide format so that you can hold it like a miniature digital camera, with the control button on a long edge under your right forefinger.

This is a pretty small phone for the hand and pocket when closed measuring 88mm tall and 43mm wide. When opened it grows to about 145mm tall. It is thicker than many other mobiles at 23mm and weighs an acceptable 104g.


The number pad is pretty large taking up all the available space, and the same can be said for the Call and End buttons and two softkeys. The navigation pad is a little compromised for size, but it isn’t too small to be used with ease.


The front screen with its 320 x 240 pixels looks pretty sharp in the relatively small 2in physical space. However, the default theme with its yellow colour scheme clashes terribly with the pink shell. Switching to the only other theme available, Nokia’s standard blue one, wasn’t much better.


While I am grumbling about aesthetics I should also point out the charms which dangle off the end of the handset. They tangle in the fingers and pocket, and were removed within a few hours of the start of testing. Sadly there is no way to remove the silly cloth label that sits on one of the long edges. Well, no way except a carefully wielded pen-knife. 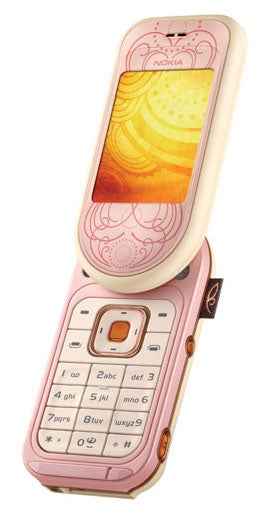 In terms of specifications this is a tri-band handset running S40. Though not as sophisticated as S60 there is still room here for features like the aforementioned camera, an FM radio and music player, calendar, voice dialling, voice recorder, stopwatch, calculator and alarm clock. Oh, and Bluetooth of course.


The phone boasts stereo speakers. If you look carefully at the image on this page you can see two teeny semi-circular dots immediately below the frame of the upper section. These are they.


I wouldn’t suggest you even consider using this phone for music playback, though. The 10MB of internal memory will soon get full if you can find a way to get tunes onto the handset – there is no USB connector. You can download over the air, use Bluetooth or use a microSD card. The slot is under the battery next to the SIM card, and my review sample came with a rather measly 128MB card.

The proprietary headset connector is a real bind. At least the headset quality is reasonable though I couldn’t detect a great deal of effect from the equaliser. You need to use the headset with the FM radio as it contains the antenna.


If you can live with all that then the battery life will surely put you off. I was so surprised at how poor it was, that I ran my usual music rundown test twice to make sure the first time wasn’t an aberration. First try: 2 hours 51 minutes, second try 2 hours 53 minutes. Also I found the phone got quite warm while the continuous music playback test was running. I’m not sure I’d want that in my pocket!

The camera shoots stills at resolutions up to 2-megapixels and video at 176 x 144 and 128 x 96. Image quality is OK but nothing to write home about. The coloured dish, like other indoor photos, came out dark and somewhat lacking in vibrancy. Outdoors the phone seems to let in plenty of light, but has trouble reproducing colours accurately.


Indoors and out, images lack definition. The yellow flowers are much brighter than the phone suggests, the red flower is a fairer representation of its deep crimson in the real world, but again it lacks definition.

The battery life is unforgivably woeful and drags the usability score right down. I’m surprised Nokia even contemplated bringing out a phone that can’t play music for three hours non stop. 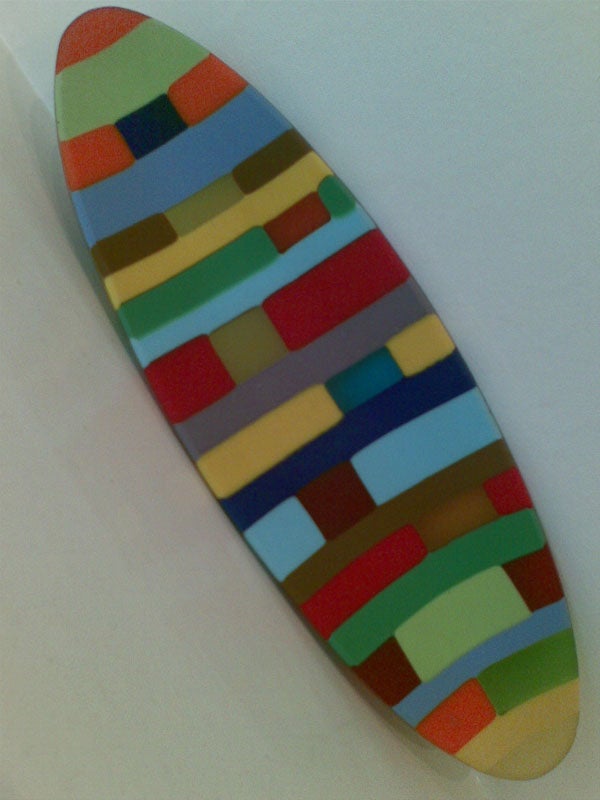 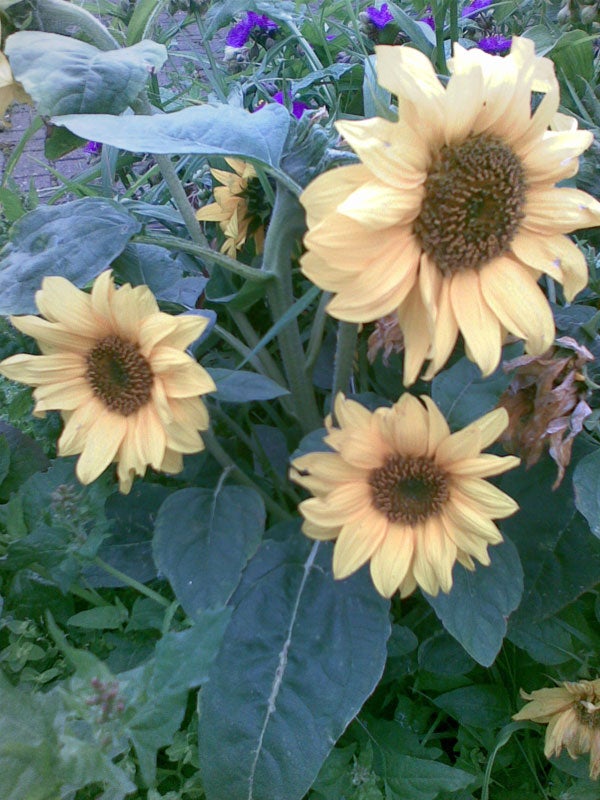 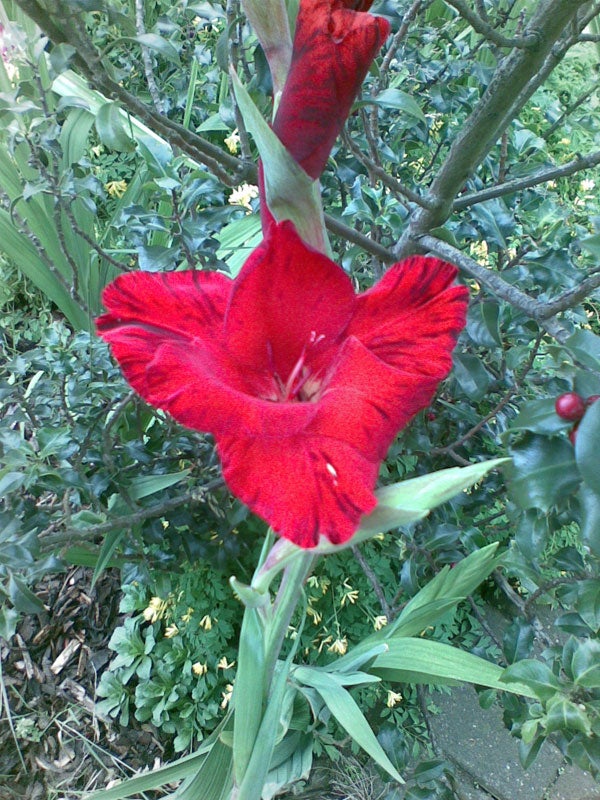