Nokia could never be accused of producing boring handsets. OK, the company does actually make standard candybar mobiles, but it also pushes the envelope of what we expect handsets to look like and how we expect them to behave. If you doubt this think about the N90, N91 and 7380.


Usually the design innovations work, but with the tri-band 3250 I’m not so sure.


There’s nothing actually wrong with the general idea, which is of a candybar handset with a swivel hinge atop the number pad that lets you rotate that particular section through a total of 270 degrees. I’ll come to this element of the handset later, but first let’s look at what else is going on. 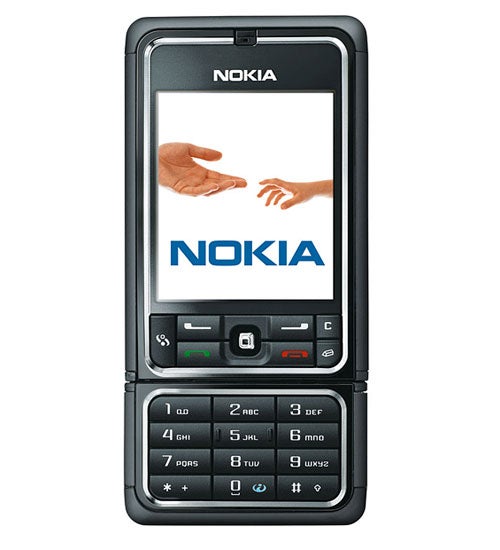 The 3250 weighs an acceptable 115g, and while it is a bit on the stubby side, its 104 x 50 x 20mm shouldn’t put too much of a strain on the pocket. It’s not the neatest, tidiest looker, but it’s not bug ugly either, and if you buy direct from the Nokia online store you can chose between four different colour combinations.


The screen is large, bright and clear, and its 176 x 208 pixels don’t break any new ground, but then again they don’t perform badly either. 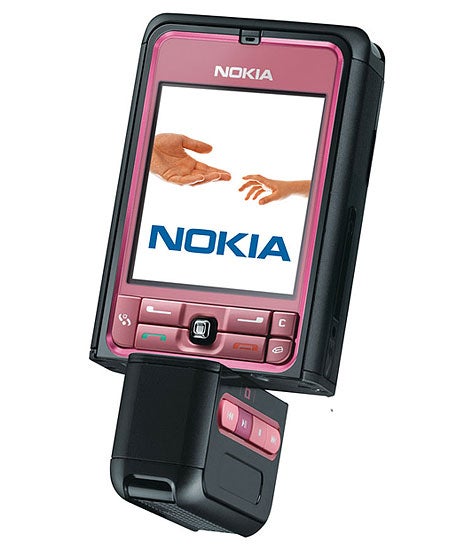 The Web browser suffers from all the same problems I mentioned in my review of Nokia’s N91 so I won’t go through them again here. Suffice it to say that regular users of the Web will probably want to find a replacement for it pronto.


The complete software list is too long to list in full, but notables include Nokia’s LifeBlog software, unit conversion, and something I really can’t see the point of, called Sound Meter. This tells you the decibel level of the current environment. If you have hay fever like me then measuring the loudness of your sneezes could be fun – for about five minutes.

A 2-megapixel camera is built in and you are provided with the PC Suite software for synchronising with a PC and the required USB cable (though Nokia sticks stolidly to Pop-Port at the handset end so don’t’ lose or damage the cable).


Hidden in that apps list above was mention of the music player, and the 3250 is being pushed as a music playing handset. It is disappointing, with that in mind, that there is a mere 10MB of built in memory. This is simply far too little for any phone with music playing pretensions, so it is fortunate that flash memory cards are supported and that Nokia chooses to supply a 128MB card.


The format that’s been chosen is MicroSD (also known as TransFlash). These cards are absolutely tiny, and Nokia almost seems to be poking fun by locating the slot for the 3250’s card in an almost inaccessible spot on a part of the casing that is only revealed when you swivel the bottom section through 90 degrees. You’ll need fingernails to lift a rubber flap that protects the slot and also to push the card in to its slot and to extract it. Don’t try this without a safety net, by which I mean don’t do it in any location where dropping the card could result in its loss forever. 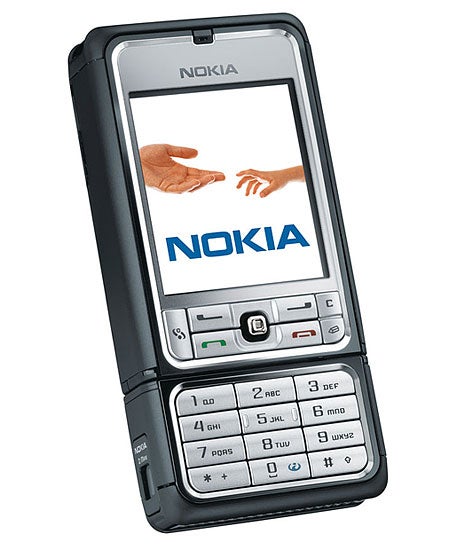 So, on to the swivelling, then.


Swivelling has a role both when you use the camera and when you play music. The 2-megaixel camera’s lens sits on the bottom right edge of the handset. You can use it without swivelling the number pad section at all, by running the camera software from the 3250’s menu. The screen turns into a viewfinder in landscape format, so that you orient the handset longways and then shoot pictures and video and access the various options via the mini joystick and softkey buttons.


But you can also call the camera into play by swivelling the number pad through 90 degrees to the left or right. Again you hold the handset longways, and swivelling one way points the lens towards you, the other points it away from you. Now it is difficult to access the joystick and soft menu buttons beneath the screen, but you can get to a bank of buttons which were on the back of the handset pre swivel. One of these is used to shoot, while two of the others invoke the maximum 8x digital zoom.

For music playback you swivel the number pad section through 180 degrees so that the number keys end up on the back of the 3250. The Series 60 music player runs automatically and the four buttons which were on the back are now at the front. Now you can play, pause, and jump backwards and forwards between tunes. You can pause music to take incoming calls, and can skip within tracks.


But hang on, you can do all that stuff with the mini joystick too, albeit in a slightly more fiddly way. And when buttons are swivelled to the back of the handset they are disabled, so you can’t place a voice call without swivelling the number pad to the front of the handset.


Nokia’s HS-20 headset is provided. This is a two piece affair. The part that connects to the handset slots into the same Pop-Port connector used for the PC connection cable. The connector is on the right edge of the casing which means it protrudes quite a bit from the side of the handset. This is not the most pocket friendly solution. 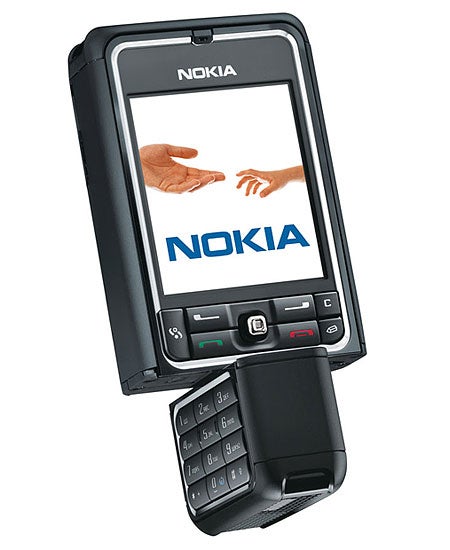 The headset terminates in a section with a microphone for voice calls and music controls. It incorporates the FM radio antenna. Into its 3.5mm slot you can insert either Nokia’s provided earbuds or your own headphones. I suggest the latter. My Sennheiser PX 200 headset delivered better quality sound than Nokia’s earbuds.


There is no doubting the Nokia 3250’s ability to deliver music for hours on end. My benchmarking set the power save time out to the maximum available which is 30 minutes and the light time out to the maximum available which is 60 seconds. I pushed the screen brightness to the maximum and set music playback volume as loud as it would go. Playback was through the loudspeaker and music was played from a microSD card. Under this regime I got a very impressive ten hours 40 minutes of music.


I can’t help coming away from the 3250 with the impression that someone in the Nokia design department had a good wheeze for a handset design and then kept plodding on with it even though all it seems to do is get in the way of ease of use rather a lot.


I’m not convinced that a little doubling of functions for number pad buttons wouldn’t have been a better option than all this swivelling for music control, and a side mounted camera shutter is so much easier to use than the options on this handset. I can see the advantage of being able to swivel the camera lens itself, though.


Still, I can’t complain about battery life, which is always an important factor for anyone looking for a music playing handset.