Whenever I get asked by friends and acquaintances for advice on what phone to buy the conversation usually ends with a comment such as ‘but I don’t need all those features, I just want to make phone calls!’


Many technophobes will tend to keep more complex phones at arm’s length fearing they might be too difficult to learn to use. And it is a fair point. Some phones will take you a little while to get to grips with, particularly if you’ve come to them from a very old or very basic model, or even no phone at all. For just this sort of person I’ve decided to take a look at Nokia’s 1110i.


This is about as low-key as a mobile phone can get. It is a smallish candybar handset and is 104mm tall, 44mm wide and 17mm thick. It’s attractively priced too – you can buy it online for around £30 SIM free, then slap a cheap Pay-as-you-go SIM in it. My review sample was blue, sliver and grey, but you can personalise the phone with Xpress-on covers.

As far as features are concerned the list of what is available is basic, though of course that’s the point. There is no camera and no music player. There are however, 20-chord polyphonic ringing tones with ‘MP3-grade’ sound. They do sound fairly good, but not marvellous. This is a dual-band handset, so it isn’t going to be able to accompany you around the world if you are a serious traveller.


There’s a contact database which is limited to 200 entries plus whatever your SIM card offers. The phone can also store 60 SMS messages. There is a calculator, stopwatch, countdown timer, ringtone composer, unit converter, and three games and you can set alarm based reminders. What is perhaps the most interesting feature is that you can get the phone to actually read out the time to you. Setting this as a wake-up alarm is rather, well, alarming. The phone says ‘It’s time to get up, the time is…’ then gives the time. It repeats this till you turn the alarm off and is an absolute nag. I can’t imagine anyone wanting to be woken up in quite such a jolting fashion. 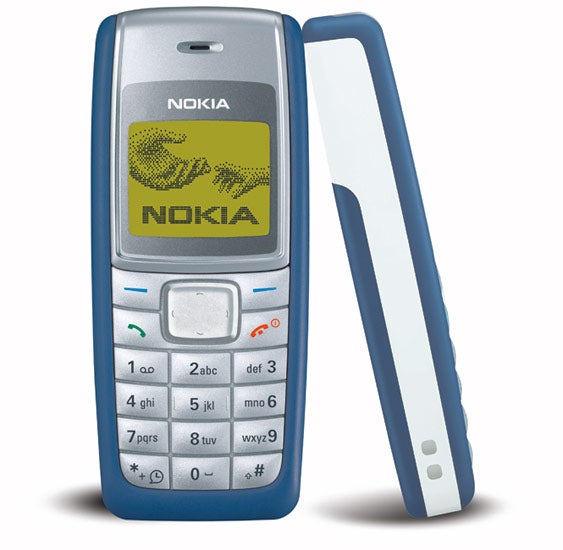 There is a speaker so you can use the phone handsfree, but no Bluetooth. While removing unnecessary features is commendable for the target audience I find the lack of Bluetooth to be disturbing, (as Darth Vader would say…ed). After all, without a wired car kit it’s the only way you can safely use a phone while driving.


It’s an extra kicker then that a wired headset isn’t included. I know that this is a low cost phone, but really, come on Nokia. All you get in the box is the phone, the power charger and a small printed user guide, which covers some, but not all, of the phone’s features. On profiles, for example, it offers a mere 16 words. It doesn’t mention that you can set up profiles to activate at set times, nor what it is you can actually personalise.

There is no support for external flash memory and when it comes to what is built-in I couldn’t see any way of finding out how much this phone has. It is academic anyway. There are few memory hungry features and the calendar and SMS system are artificially limited in storage.


Without an MP3 player I couldn’t run my usual battery test. Instead I just fully charged the battery and then left the phone on to see how long it would last on standby. It took nearly 18 days to give up.


Usability matters with any phone, but arguably is a lot more important in a phone aimed at those looking for something straightforward to work with. There are three elements here: numberpad, screen and user interface. 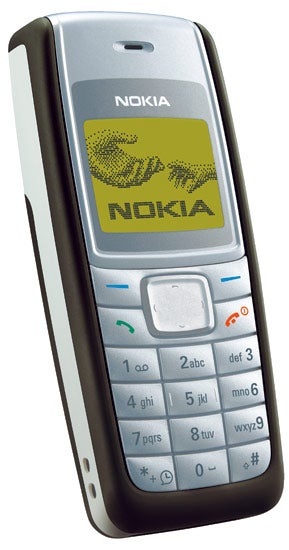 The numberpad is fine. Its keys are large which is good. They are made of a rubbery substance which feels reasonable under the fingers and can be used fairly quickly for texting, should the user feel that advanced.


However, the screen and user interface are a disaster zone. Nokia doesn’t bother to reveal any specifications for the display, but I can report that it is monochrome and manages to display a whole five lines of text at once. If you have an incoming text of more than about ten words you won’t be able to see it at a glance.


The user interface is abysmal. Rather than think about how a modern phone could have an easy to grasp menu system that makes options clearly visible, Nokia has backtracked to a variant on the nested menu system it used to use several years ago. This requires you to move through submenus item by item. As you can’t see all the options within a menu on screen at once you are forced to hop backwards and forwards to find what you want. And then you need to remember how to get back next time. 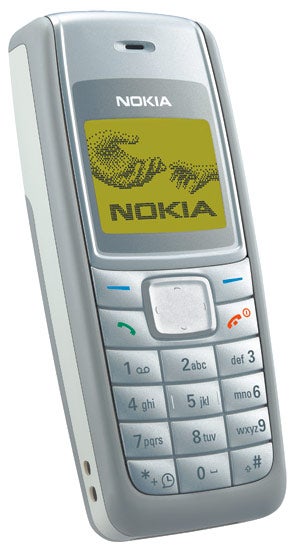 That’s hardly going to be comforting to a mobile-o-phobe. The way the contacts system works is also quite backwards. If you want to enter mobile, home and work numbers for a single contact you have to make three separate entries – you are only allowed one phone number per contact. This will waste two of the 250 storage slots up. You can put fancy icons by the names of contacts, but really, I’d have preferred a better contacts database than that fluff.


Another major restraint is the character counter in the text message creator. It counts backwards from 918 and shows how many separate texts your message will be divided into when it could count up to 160 characters and then show that your text will move into a second message when you are on you 161st character.


There are people that neither want nor need a highly specified mobile and there is absolutely nothing wrong with Nokia producing a mobile phone for them. But they deserve something better than the 1110i. At the very least they deserve an easy to use menu system, an adequately sized screen and a printed user manual that covers everything the handset is capable of.