Nikon owners’ and serious photographers’ prayers have at last been answered. The Nikon D700 is the second model from the company to feature a full frame sensor, and at a vastly reduced price to the flagship Nikon D3. Coming in at £2000, the camera is a somewhat tardy answer to the elderly Canon EOS 5D, but the extra time Nikon has spent means the D700 is packed to the gills with the best technology Nikon has. 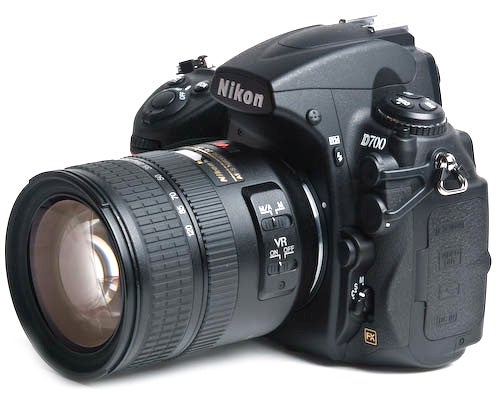 Coming in as a cross between the Nikon D3 and the D300, the camera features a 12.1 million pixel CMOS sensor with a 36 x 23.9mm image area – almost the same as a 35mm film frame (just 0.1mm off). This means the camera offers true wide angle capabilities with older Nikon fit lenses, or the newer rebranded and redesigned FX lenses. It will still accept the smaller DX lenses, with the usual 1.5x focal length conversion but only uses the central part of the sensor and hence has a reduced resolution of 5.1 million pixels.


The camera doesn’t match the D3’s burst speed, but still maintains a fast five frames per second thanks to the same EXPEED processor found in the D3, which incorporates 14-bit A/D conversion and 16-bit processing pipeline. In English, this means the detail, tonality and gradations of the image should be very smooth. From the D300 comes Nikon’s dust reduction system which uses vibrating piezoelectric elements, technology that is lacking on the D3. 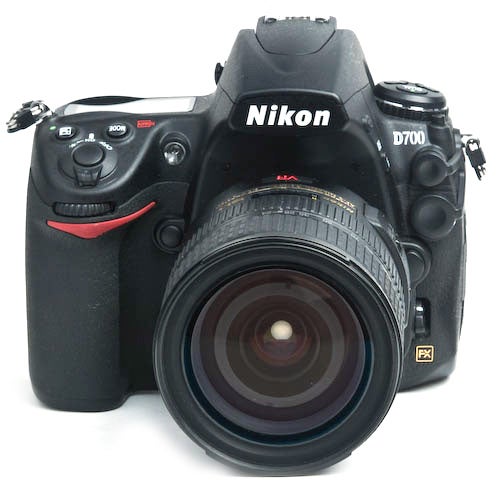 Nikon has added the same 3-inch high resolution LCD from the D3, with 920,000 dots, and from the D300 comes a dual mode (hand-held and tripod) Live View system for composing images directly on the LCD monitor. For the traditionalist, the cameras viewfinder area is larger than those of APS-C type DSLRs to match the full frame sensor. Within the viewing frame are the 51 selectable point illuminated AF markers, with the auto focus itself driven by the same MultCAM300 AF module found in the D3.

The next big selling point of the D700 is its astonishing ISO range, again matching that of the D3. The camera covers ISO 200 to 6400 within the normal range with additional High and Low settings adding ISO 100 at the bottom and up to ISO 25600 at the top of the scale. These extended settings appear to use a bit-shifting algorithm, that is, the increase is achieved mathematically rather than the normal signal boosting used within the sensors natural range. Furthermore, by keeping the large sensor less densely populated the individual pixels are larger than those on an APS sensor with a similar pixel count. This means the pixels possess greater light gathering power and so less noise is produced. 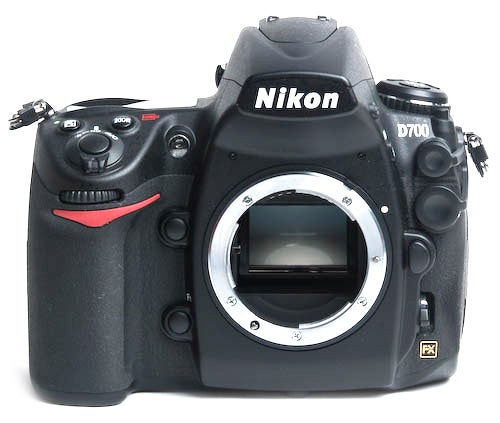 Nikon claims to have improved the additional 1005 RGB sensor, housed in the pentaprism and used for metering and AF functions, leading to the advanced scene recognition last seen on the D300. This helps the camera to recognise certain subjects and achieve better white balance and auto exposure. The metering still uses Nikon’s tried and tested 3D Colour Matrix metering II system, with centre-weighted and 1.5 degree spot metering also included.


Picture control is built in, allowing customisation of colour modes, with four standard parameters that can be adjusted for colour, sharpness, tone, brightness and saturation. Nikon has also included Active D-Lighting to enhance the dynamic range in a variety of lighting conditions. Nikon claims that the system includes localised tone control rather than global adjustments to ensure decent contrast. 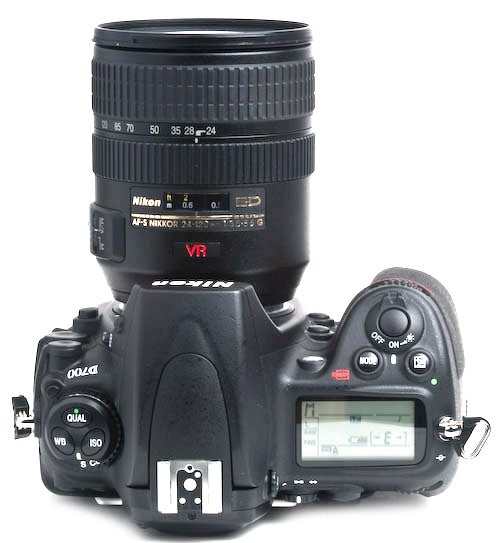 Like its big and little siblings, the camera offers full flash support with a PC socket for external flash, a hotshoe and wireless connection to compatible Nikon Speedlite flash units. Unlike the D3 it also boasts a built-in flash unit offering wide enough coverage for a 24mm lens and a Guide Number of 17m at ISO 200 or 12m at ISO 100.


The camera records in raw and JPEG files, either separately or together and accepts CompactFlash media. It also offers an HDMI output and images can be viewed directly on Hi-Def TV. The camera comes with Nikon software, but the optional Nikon Capture NX 2 is needed for more control over raw files, while Camera Control 2 is available for PC based camera control.

As with its specification, the camera’s handling is somewhere in between the D300 and D3, with a decent weight and excellent build quality, but heavier than the former and lighter than the latter. It lacks the sheer brute force of the D3, but shares similar handling traits to its stable mates (in fact, most Nikon or other manufacturers’ cameras do). The grip and finish of the camera is robust and secure and its size means that the array of buttons don’t get cramped and lost. 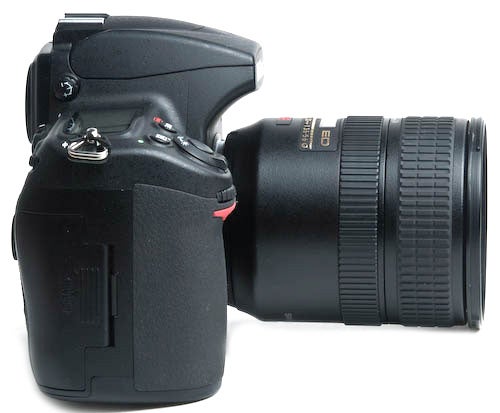 As well as a top plate LCD showing camera settings, Nikon has expanded and improved the large function menu on the back LCD. With a similar look and feel to the standard grey LCD, the new graphical interface is easy to read and relatively simple to work around. Certainly, as I get older, I appreciate the larger font sizes and bright backlit display. The camera menus continue to follow Nikon’s standard format and are clearly labelled.


While some users may respond instantly to Nikon’s style of button-based operation, some may find it quite intimidating. The buttons are many but are clearly labelled and once set up the camera is ready to shoot. Any further alterations can be made using either the function menu or the pair of command dials at the front and back for fundamental controls like aperture and shutter. The four-way controller doubles as the AF point selector, or you can switch the auto focus using the AF mode switch next to the LCD. 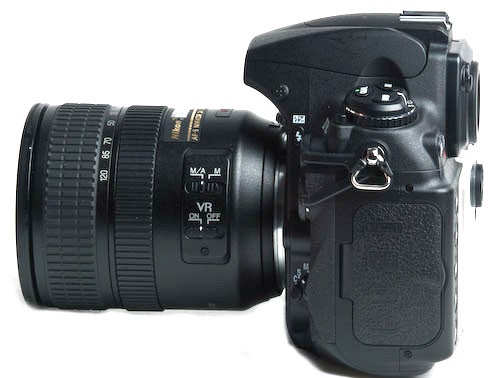 In the all too brief time I spent with the camera, I found that I could easily get around the camera for the most part but still found some quirks. As a reviewer I switch back and forth between makes and sometimes you forget how a particular system works. It took me ages to remember where Canon keeps the exposure compensation, with Nikon it’s how to get the thumbnails to full size on the LCD screen. I remembered after a few minutes but little obvious hindrances only serve to wind me up. Other than that, the external aspects of the camera are lovely and this is a dream of a camera to use.

Unfortunately it’s not all rosy. In low light, and in my dimly lit studio the autofocus struggles to lock onto the subject. In half decent light it’s fast and efficient, but, certainly with the 24-120mm f/3.5 VR lens I had for the review it was frustratingly slow at times. On a more positive note the large LCD is a real boon for checking images and is accurate for exposure, if not spot on for colour, but good enough. 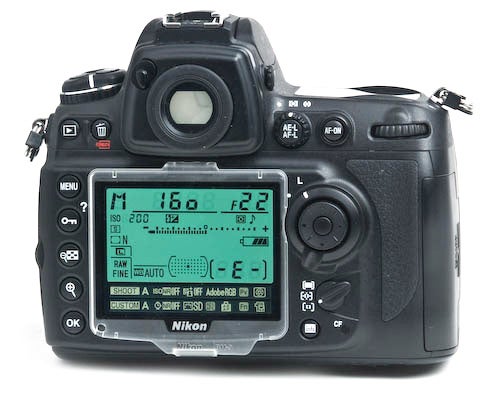 When images are good, they are very good, but this is still not a perfect camera; I generally found the colours to be slightly warm, though manual white balance fixed this. The daylight and flash presets didn’t work too well with my studio lamps, but the Auto white balance did a better job. A more worrying finding that can be seen clearly in the following images is the appearance of vignetting. Again this may be due to the lens, but it’s a full frame lens so should work. On a positive note, the camera doesn’t suffer from fringing problems with that particular optic. 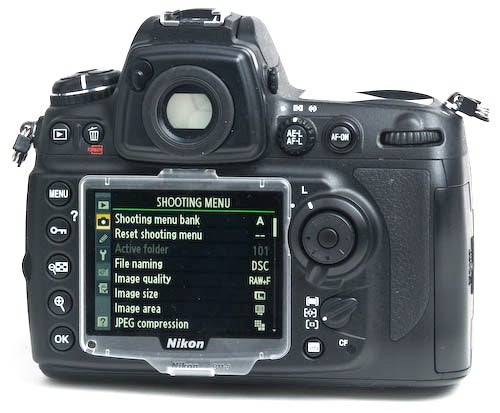 When analysing the pictures I also noticed a small dust spot on the images. As the dust reduction is supposed to kick in when the camera is switched on, and it was switched on and off several times, I would have hoped that it would have cleared – it didn’t. I do some retouching work for a client with a Nikon D300 and part of that involves extensive manual dust cleaning, which worries me about the efficacy of the Nikon system.


Back to the positive though and the D700 is in the main a great performer. Detail is crisp and clean, sharpness (again within the parameters of the optic used) is very good, and the tonal range within the images is beautiful. Noise is also exemplary, with no worrying noise at all until you go over ISO 6400. There is some noise at ISO 12800 and ISO 25600, but I think we can allow Nikon some slack here. 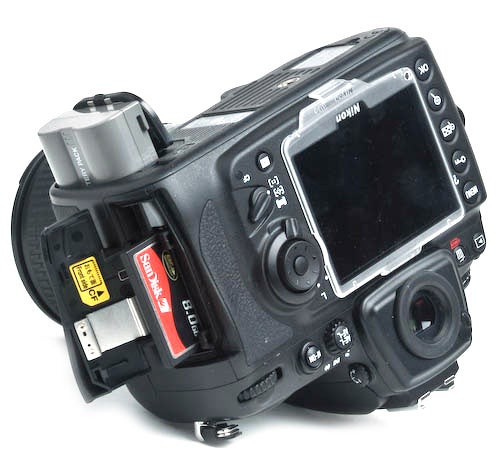 
I’m sure there are some D3 and D300 owners who are cursing Nikon right now for bringing out a camera that combines the best of those two cameras for a relatively reasonable price. The three cameras should pretty much cover most people’s needs, though Nikon still requires a higher resolution model for some pro needs. The D700 covers a lot of bases, though, and for the most part does it very well. I have some reservations about the vignetting, and would be interested to hear how other users’ lenses perform, while the sometimes slow AF is also mildly frustrating. The dust reduction is a feature I have reservations about too. However, for the most part, the Nikon D700 is a joy to use and is capable of incredible results, so I’m sure it will make some lucky people very happy indeed. 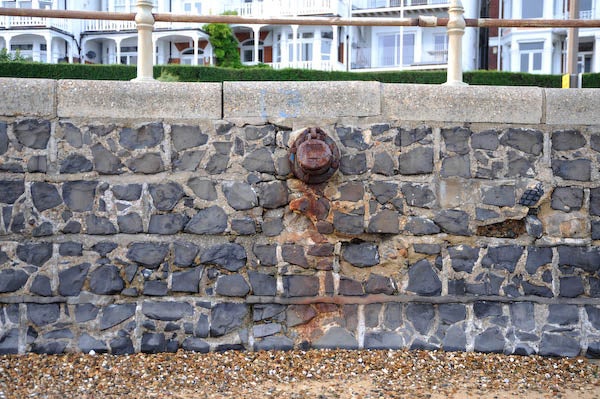 This is the full frame image at ISO 100 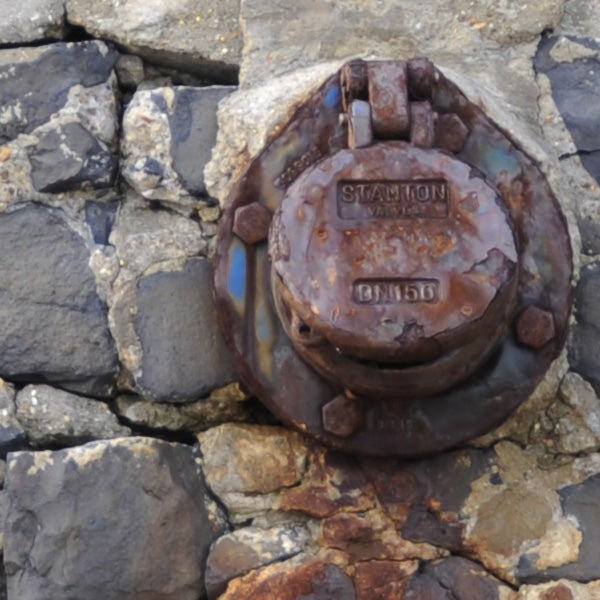 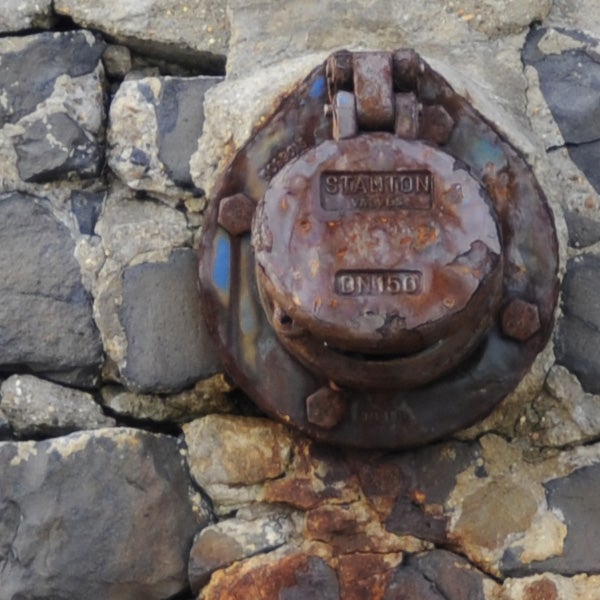 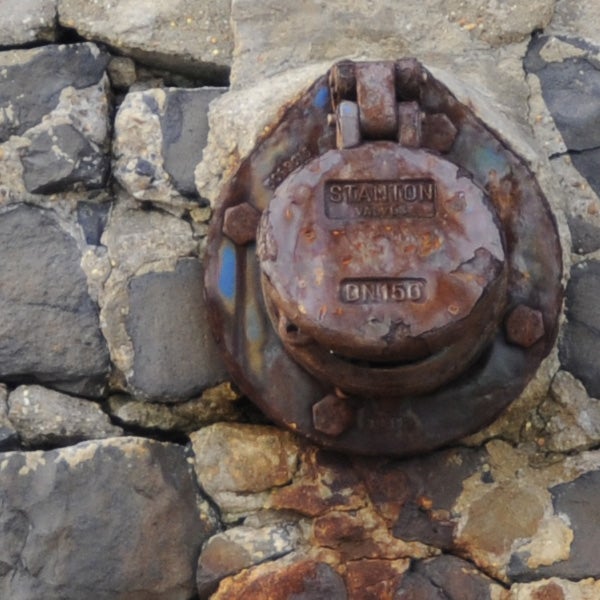 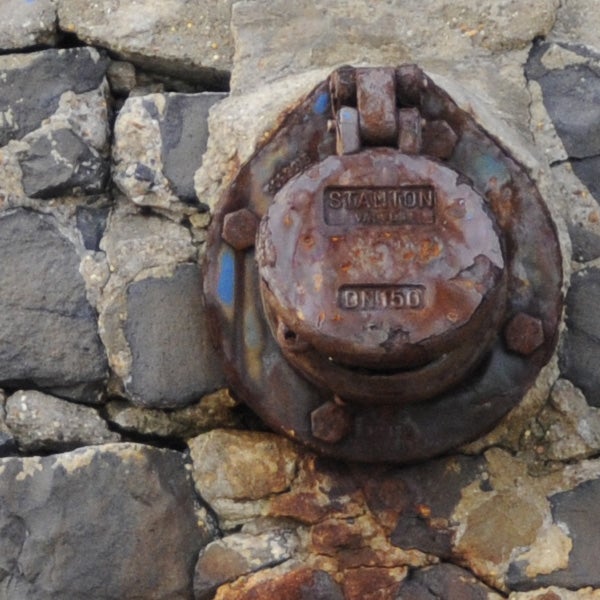 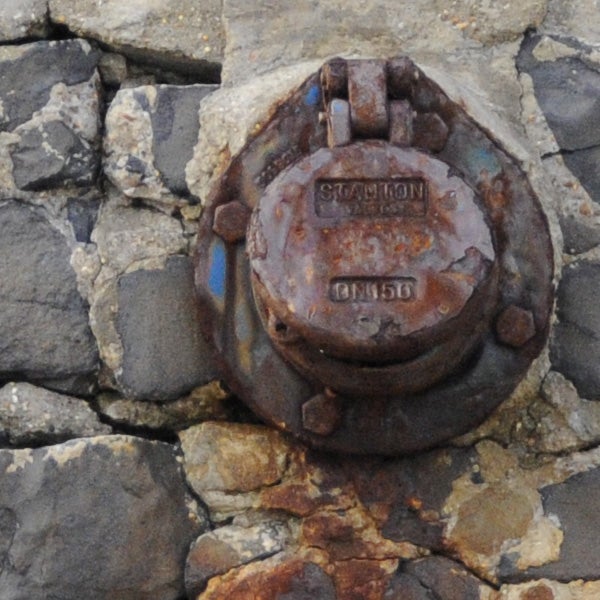 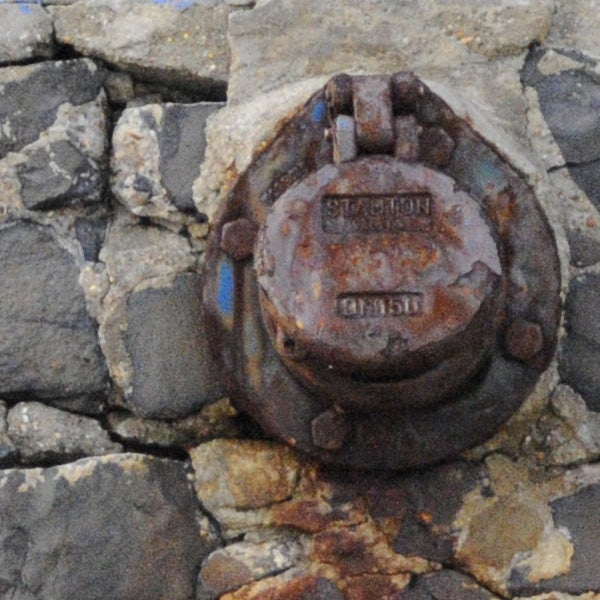 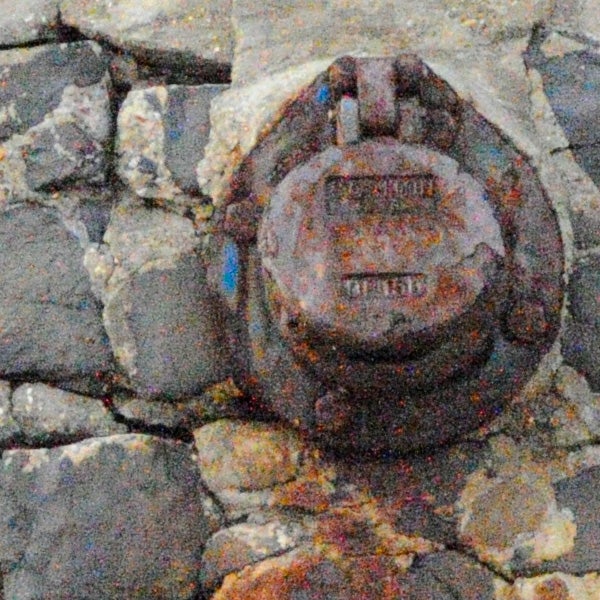 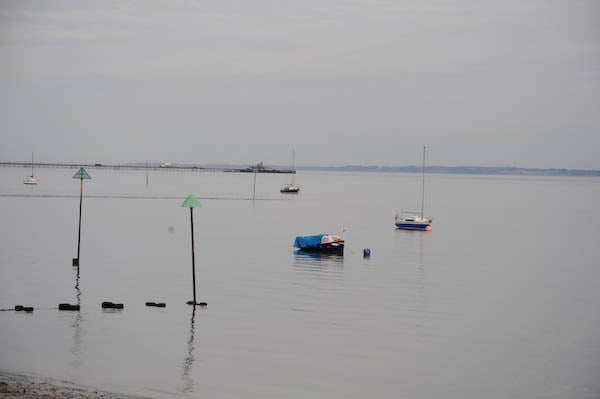 This low light shot shows a tad vignetting in the corners 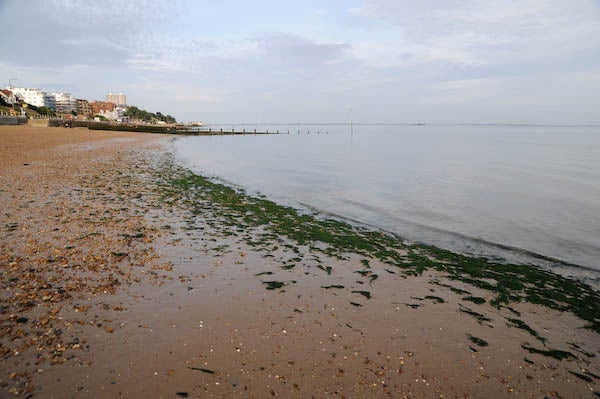 At the wide end of the 24-120mm kit lens, the vignette is less obvious There’s bags of detail throughout the images and great tonality 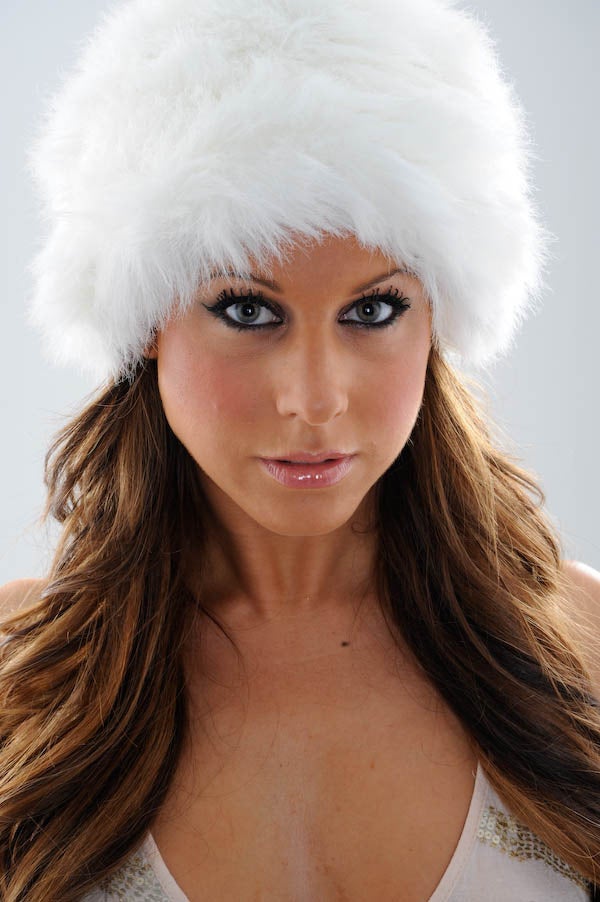 More detail here, and excellent sharpness. The image is a little warm for my liking. 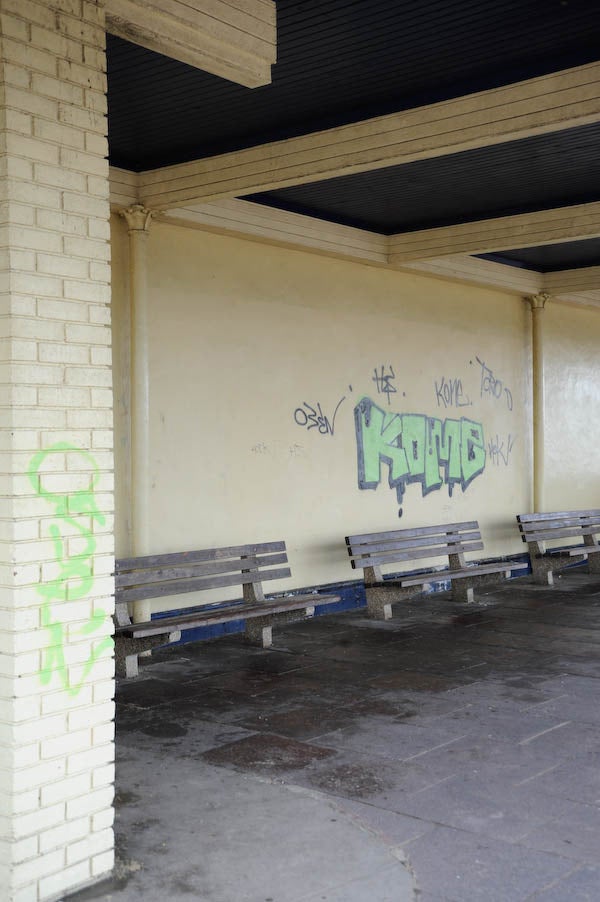 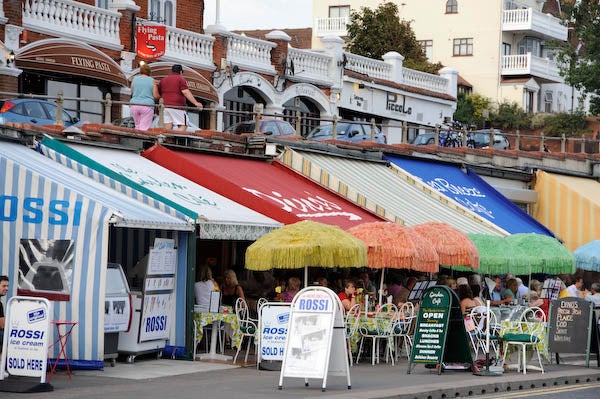 The camera is capable of great colour and detail 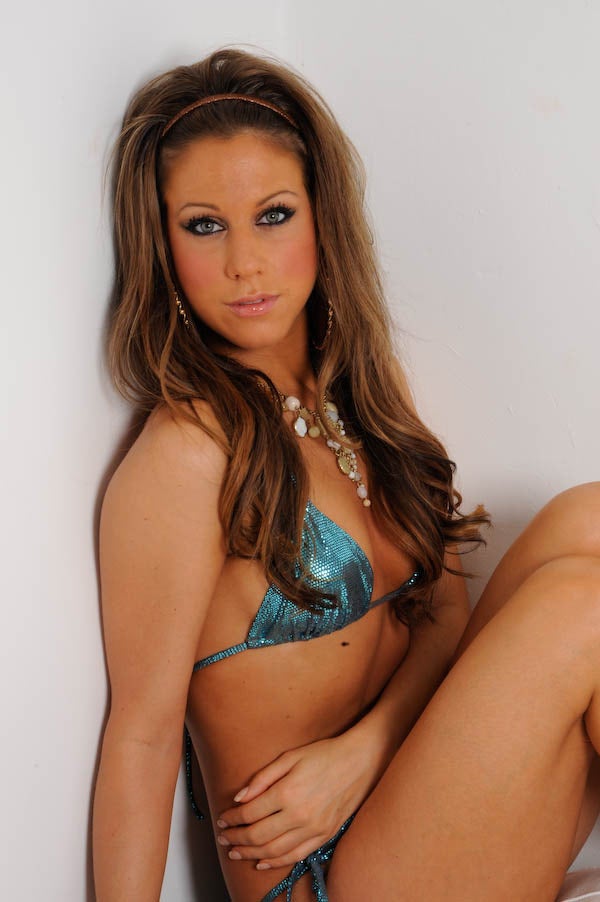 Another example of the camera struggling with the white balance. Lucky I’ve got this as a Raw file