The Nikon D3400 was the company’s entry-level model, before it was replaced in September 2018 by the Nikon D3500. It was designed to get those who are new to DSLR photography on the bandwagon.

It was the most basic DSLR in Nikon’s range, but included all the features you’d expect of an entry-level camera. Namely, full manual control, Raw format shooting and all of the styling of a traditional camera.

Since it was the entry-level model, however, it did lack a few features that you might get if you invested a little more cash. The screen was fixed and wasn’t touch-sensitive, there was no 4K video shooting, and rather than a full complement of connectivity options, you got only Bluetooth. The latter worked in conjunction with Nikon’s SnapBridge app, available for iOS and Android. 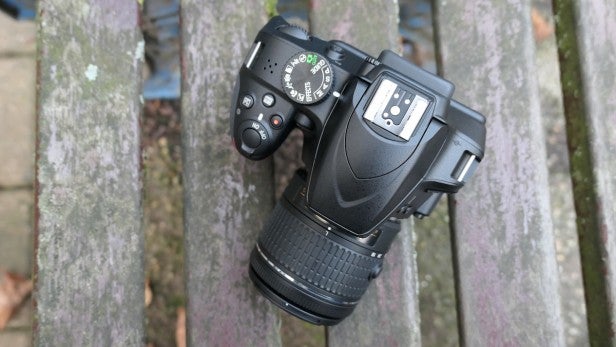 Never one to stray too far from something that’s proved a success, Nikon more or less retained much of the same design for the D3400 as it employed for the D3300.

This translated to a traditional-looking camera, with the boxiness you might expect from a DSLR. A textured coating around the camera’s deep grip provided a feel of quality – a nice touch for a device that was at the budget end of the company’s offering.

As standard, you could buy the D3400 with the 18-55mm kit lens. This was a retractable design, so folded up a little smaller when not in use than in its fully extended state. Although this meant the camera would take up less room in your kit bag, you had the added faff of extending the lens before you can use it.

There was a decent array of dials and buttons, although not quite as many as you’d find on a more advanced camera. On the top of the camera was a large mode dial, which featured plenty of options that a beginner is likely to want to use. 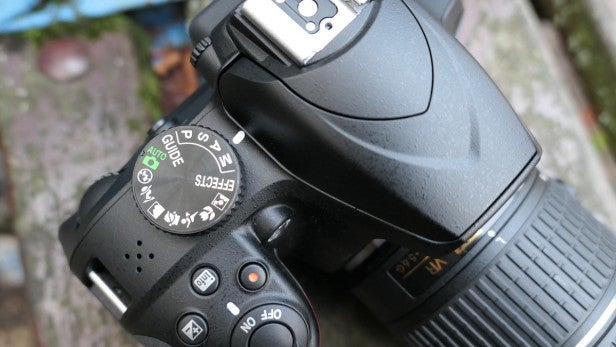 As well as the standard Auto mode, there was also the more advanced “P,A,S,M” modes that you’ll likely progress to as you become a little more advanced.

A couple of the interesting modes on the dial were “Guide” and ” Effects”. The former is something we’ve been seeing on Nikon’s entry-level model for quite a few generations now, and is indicative of the kind of person Nikon was targeting with this camera.

It helps beginners get to learn and understand how their camera works, and how they can best use the device to get the type of pictures they’re after. The ultimate aim of the mode is that once you’re familiar with what to do, you’ll be able to achieve those shots unaided.

The Effects mode was designed to appeal to the Instagram-type generation who want to apply filters and quirky looks to their shots. In this mode, you could choose between “super vivid” or “toy camera” effects. Although fun, however, such effects are beginning to look a little passé.

The shutter release button could be found in the position that your forefinger naturally rests on the top of the camera. Just behind it was a discreet and small video record button. 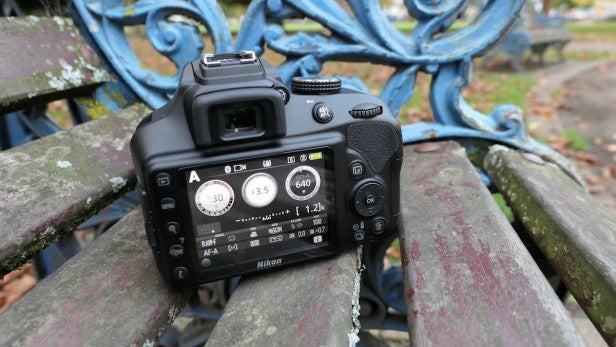 Flip to the back of the camera and you’ll have found that most of the buttons for making changes to settings grouped together on the right, while those you needed to access menus, playback options and so on, were on the left. This was a sensible arrangement that made sense when you were actually using the camera, especially if you like to shoot one-handed.

Sitting conveniently where your thumb should rest was a dial for altering certain settings, depending on the shooting mode you were in. If you were working in aperture priority, for example, it would adjust the aperture. If you were in manual mode, scrolling the dial would change shutter speed; if you held down the exposure compensation button (near the shutter release), you’d be able to adjust aperture.

Adjusting the AF point was easy and just a case of using the directional buttons on the four-way keypad to select the point you needed. All 11 points were more-or-less centred around the middle of the scene, so if your subject was on the outer edges of the frame, you often needed to focus and recompose by half-pressing the shutter release button.

Pressing the “i” button on the left of the screen offered access to the camera’s quick menu. Here you could change common settings, such as white balance, image quality, ISO, picture control and so on, without having to delve into the main menu.

Direct access buttons would have been useful for some of these – ISO, for example – but it perhaps wasn’t surprising considering the target audience of the camera.

Some complained about the fact that the D3400 offered only Bluetooth connectivity, with no Wi-Fi or NFC options. However, SnapBridge is a great app, and useful for the target audience of this camera.

It maintained a low-power always-on Bluetooth connection with your phone, meaning that as soon as you took an image, it’d be automatically resized and transferred to your phone; this made sharing your shots on social media a near-instant process. You could also turn off this feature if you didn’t want to fill your phone’s memory.

There was a reasonably large downside to this system however, since it meant you couldn’t control the camera remotely. This would have been useful for several kinds of shots, so it was a shame not to see both connectivity options available. 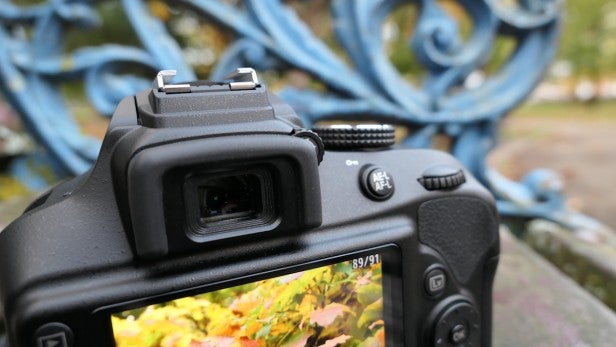 Many people still prefer the look of an optical viewfinder, which is what you had on offer on the D3400. However, this one showed you only 95% of the scene – which in real terms meant it was very easy for something to creep into the edge of the frame, or for your composition to be ever so slightly off.

On the plus side, the view was bright and clear and there was a good amount of information displayed around the edges to help you ensure you have the correct settings. The active AF point would light up red when focus was achieved, too. 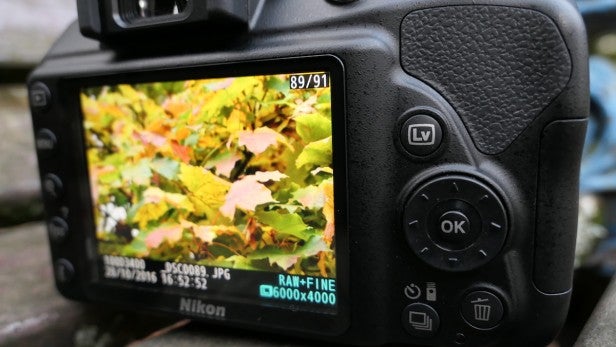 The screen was high-resolution and offered a decent angle of view – but it was fixed, making selfies or group shots, plus shots at awkward angles, a difficult proposition.