The nuts and bolts of the COOLPIX S2600 are thus – the camera, which at time of review was available for around £80 on a high street near you, features a 14MP 1/2.3in CCD sensor, combined with a 5x NIKKOR optical zoom covering a focal range of 26-130mm in equivalent terms. 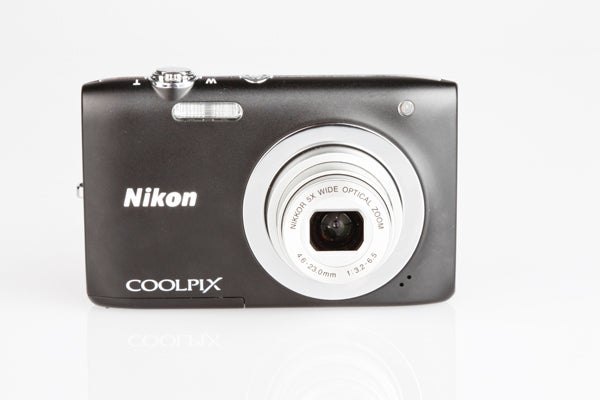 The S2600’s 5x optical zoom offers a minimum focus range of just 10cm in macro mode, although in regular shooting modes this increases to around 50cm. The lens itself also features Nikon’s own image stabilisation technology for sharp images throughout the zoom range, although unfortunately it’s of the electronic (i.e – automatic sensitivity raising) kind rather than optical.

The aforementioned 14MP sensor outputs images at a resolution of 4320 x 3240 pixels and features various settings with which you can downscale this output. The S2600 offers a standard ISO range of between 80 and 1600, which is extendable up to ISO 3200 at a reduced resolution. 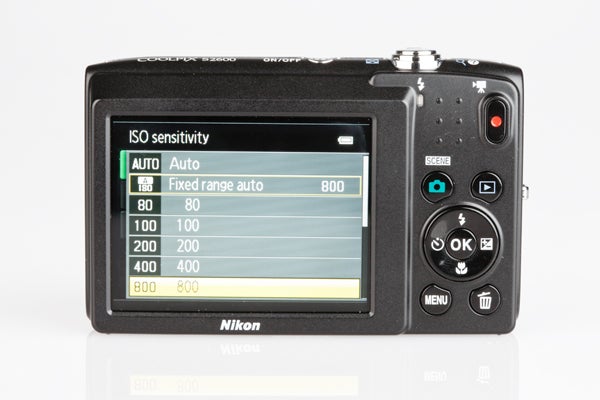 When a compact enters the market at the lower end of the price scale, as is the case with the Nikon S2600, it’s normally fair to make certain assumptions about who it’s aimed at; normally it’s the entry-level shooter, and this is arguably the case with the S2600. The camera is lacking in any manual shooting modes, or modes that offer any real advanced controls over settings for that matter.

The compact boasts a scene auto selector setting which automatically chooses from 18 ‘optimised’ on-camera scene modes to select the best one for your chosen subject.

Despite being an entry-level offering, however, a few features normally seen on more expensive compacts have managed to work their way down on to the S2600. For example, the S2600 sports Nikon’s EXPEED C2 image processing engine, which aids general shooting speed and, Nikon claims, image quality. The compact also features motion detection which will alerts the photographer to camera shake in advance of capturing blurry images. Finally, the S2600 also features subject tracking AF which you can assign to a target and it will subsequently follow through a scene.

Although these more high-end features are welcome, they are clearly more the exception than the rule, and signs of the S2600’s bargain nature are evident elsewhere on the body. For example, the LCD screen on the rear of the camera measures in at 2.7in – smaller than a lot of similarly priced compacts – and features a less-than-impressive resolution of 230k-dots. 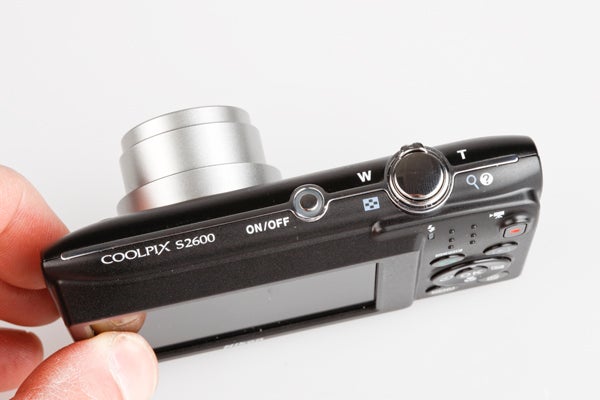 Concessions made for price may soon appear in the specification of the S2600, but with regards to design said concessions aren’t as readily evident. The compact is certainly slim and pocketable, measuring in at a little over 19mm at its thickest point and tipping the scales at just 120g with both battery and memory card included. The fashion conscious amongst you will also be pleased to hear that the S2600 is available in seven eye-popping colours, including fetching shades of pink and purple.

As well as being strikingly slim, the S2600 features a body erring on the minimal end of the scale. The rear of the camera houses a DPAD control area for access to basic camera functions alongside several other shooting mode adjustment controls, while a dedicated button is also present for one-touch activation of the camera’s HD movie capture. Outside of these buttons, there’s little else to the S2600 and although the slim design and minimal button layout is eye-catching, it certainly doesn’t feel like the sturdiest camera on the market.

In use, the COOLPIX S2600 once again gives of signs of its low price tag and place at the budget end of the market. Although the camera features a start-up time in line with other compacts in the price range, the same can’t be said of the camera’s focus system.

In well-lit scenes the S2600 copes just about fine with focus – identifying the desired point promptly and accurately enough. However, as soon as you encounter an area of minimal contrast, or a dimly lit scene, it’s noticeable how the S2600 will begin to either hunt for focus or focus on the wrong area of the frame. 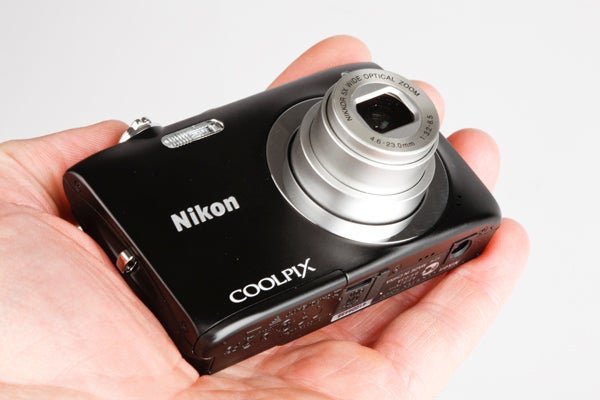 As mentioned earlier in the review, the COOLPIX S2600 features a low-resolution LCD screen and this is very noticeable in use – the screen is very difficult to see in bright light, and even when it is possible to see the screen it’s difficult to gain an accurate impression of the quality of the image.

With regards to the quality of the image, unfortunately this is another area in which the S2600 hardly excels, with the camera falling foul of a number of image quality issues.

The 5x optical zoom also isn’t with its flaws. Harsh fringing is evident in areas of high contrast, with objects bridging the two demonstrating an unhealthy outline of either purple or green depending on the side of the frame they sit. 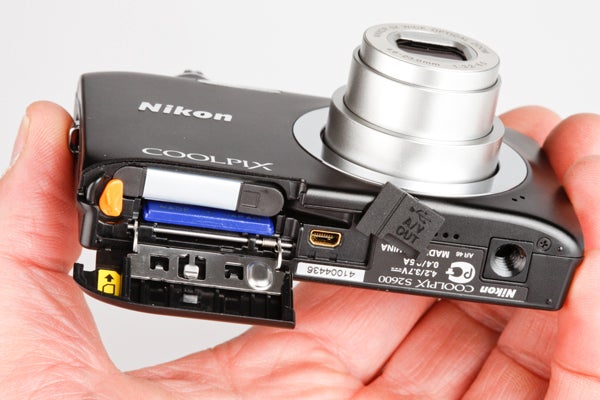 It’s not all terrible news though with regards to image quality. Exposures are generally reliable – although with the tendency to blow highlights the camera could benefit from underexposing. Colour rendition is also pleasing, with the S2600 showing a good, natural palette in most shots.

ISO performance, however, is another area where the S2600 suffers. At settings of 400 and above noise hampers image quality to quite an extent, causing loss to fine detail. The settings of 800 and 1600 as so poor as to suggest they’re avoided all together.

Verdict
The compact camera market has transformed in recent years and, as a result, consumers are justified in wanting more for their money than ever before. This is worthy of consideration when assessing the S2600 and judging how well it delivers for its price tag. In spite of the reasonable specification and undeniably slim and compact body that will easily slip in to a pocket, there are too many flaws for the S2600 to come highly recommended. For example, the LCD screen is relatively small and of poor quality and a range of image quality issues are present. So while it’s not going to break the bank, the market is such at the moment that there are better compacts available for this price. 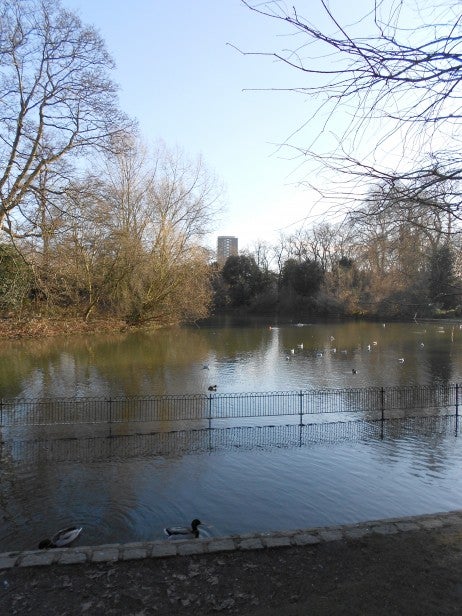 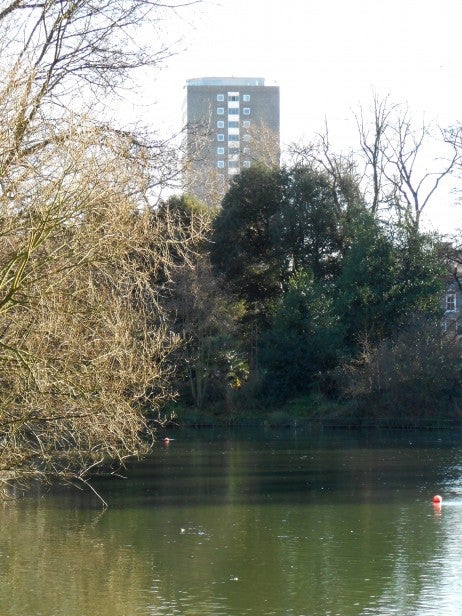 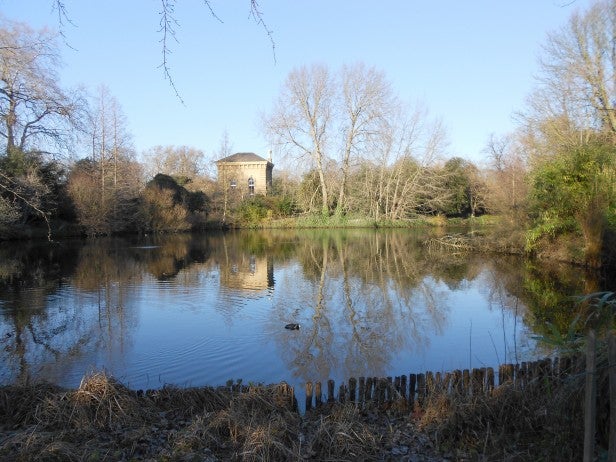 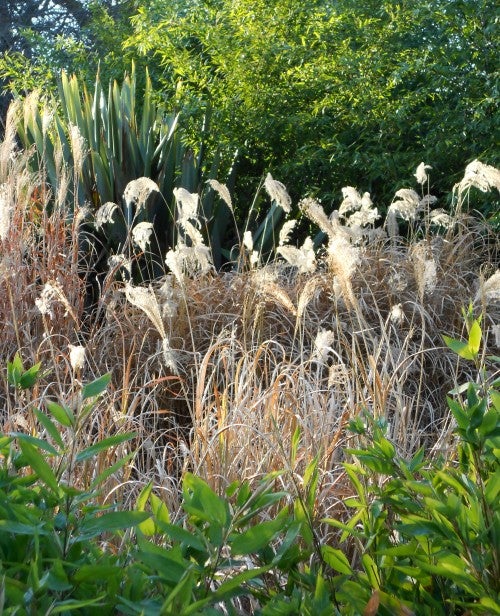 The light is striking the reeds directly from the left here, resulting in several blown highlights.
1/60 sec @ f/6.3, ISO 200, AWB 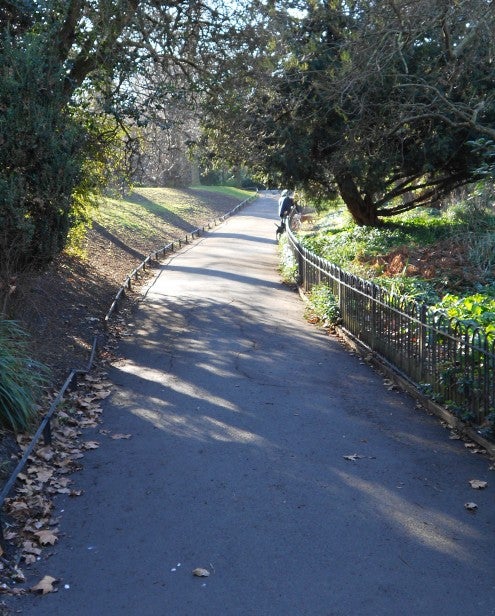 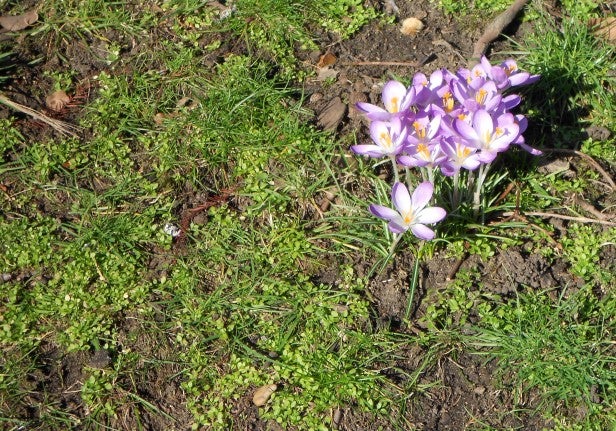 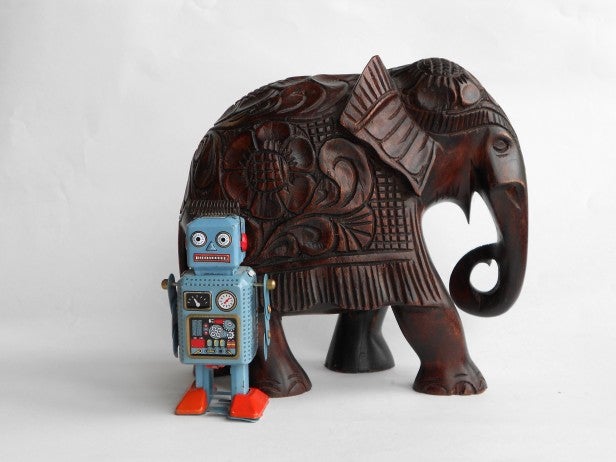 Images displayed below are the same crop of the above still-life image. 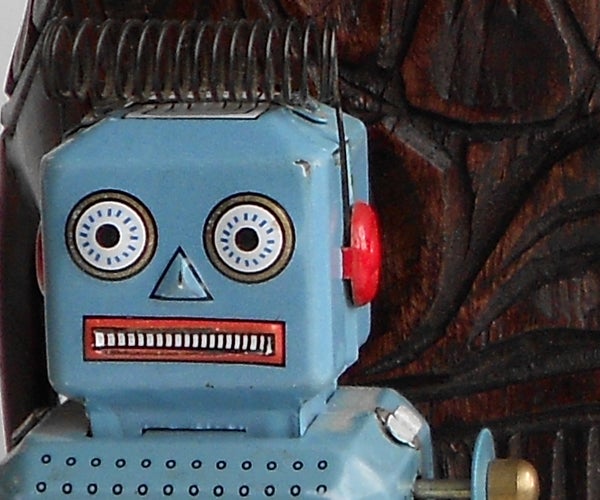 ISO 80 – Little noise or distortion is evident at the lowest setting. 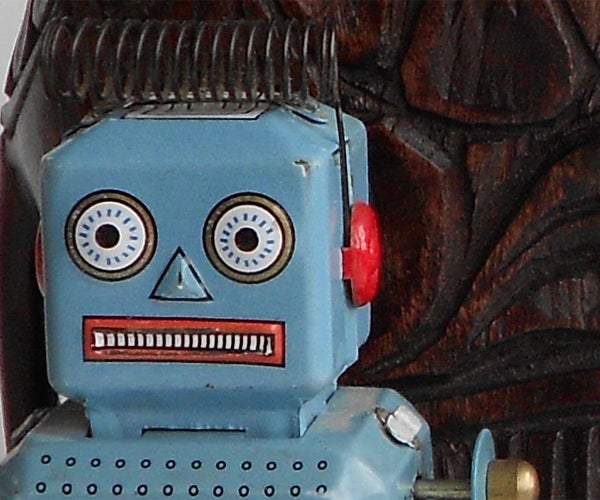 ISO 100 – At the next lowest setting, images are still clean and lacking in noise. 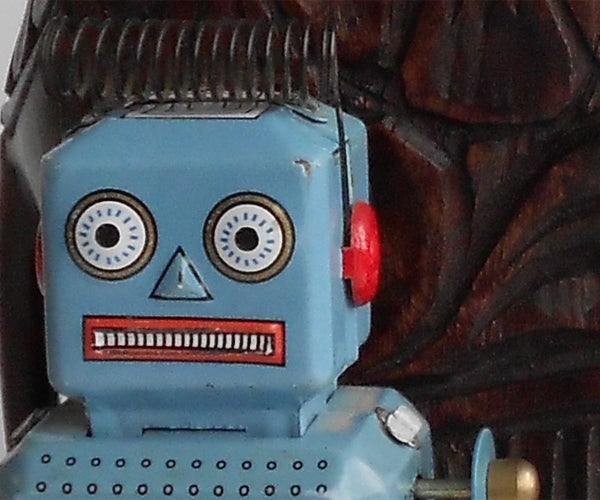 ISO 200 – Noise begins to creep in, with attempts at noise reduction resulting in distortion of fine detail. 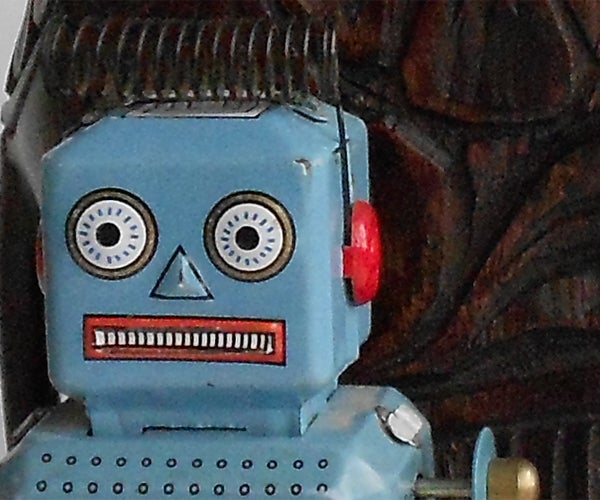 ISO 400 – A speckling and smudging effect starts to feature at the next ISO setting. 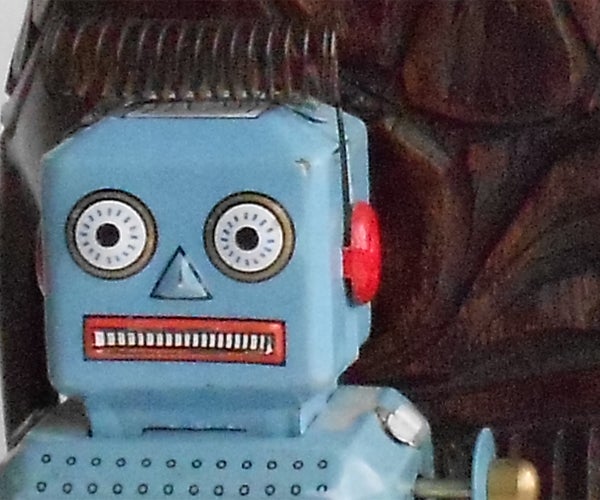 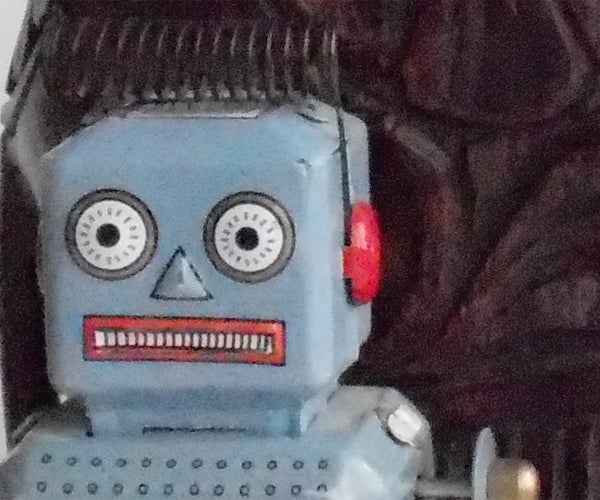 ISO 1600 – Images appear unsightly at ISO 1600, with a purple tint appearing alongside a harsh mottled grain. 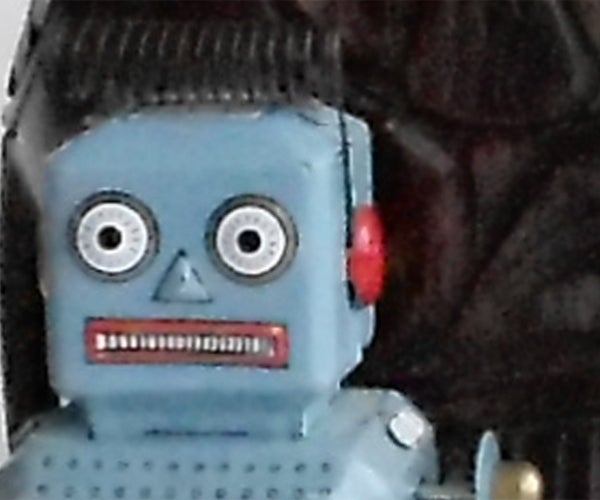 ISO 3200 – This setting is at a reduced 3MP resolution, and is best avoided entirely.