The concept of dealer-exclusive models is a strange one. Take this Nikon CoolPix S225 for example. It’s exactly the same as the CoolPix S220, an ultra-slim 10-megapixel compact with a 3x zoom lens and a 2.5-inch monitor. The only difference is that the S220 comes in black, red, blue or green, but the S225 only comes in silver. For this concession Jessops gets an exclusive model which it can sell for £20 less than the virtually identical S220. It doesn’t seem to make much sense from Nikon’s point of view, but it does mean that we can buy the same camera for £20 less. 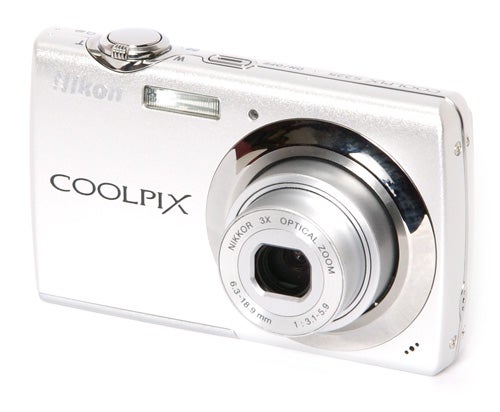 It’s not a bad little camera either. The concept of the 3x zoom ultra-compact has been around forever of course, and has been pretty much done to death by Casio and Pentax, among many others, but it looks like Nikon fancied one last crack at it before we all move on to ultra-wide long-zoom travel cameras, and decided to make the tiniest, cutest camera it could. The S225 is absolutely tiny, measuring 89.5 x 55.5 x 18 mm, and weighing just 117g including battery and memory card. The only camera I can think of that is smaller is the 9MP Casio EX-Z85, but there’s only a couple of millimetres in it, and the Nikon is slightly slimmer. Both cameras are approximately the same weight. 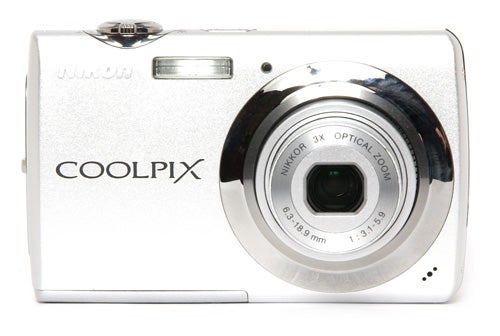 Nikon is well known for its excellent build quality, and the S225 is certainly well made. The body is all aluminium, and despite its low weight it feels solid and durable. The attractive semi-matt anodized finish is surprisingly scratch resistant and the monitor is slightly recessed, just as well for a camera that’s probably going to spend most of its life bouncing around in a pocket along with loose change and car keys.

Since form tends to follow function in the camera world the overall design is much like most other ultra-compacts, something which hasn’t changed much since the original Pentax Optio S in 2003. It has the usual D-pad with flash, self-timer, EV compensation and macro mode, as well as four buttons for playback, shooting mode, menu and delete. The zoom control is a rotary bezel around the shutter button. Despite its small size the control layout leaves room to grip the camera, with a small raised thumbgrip on the back. 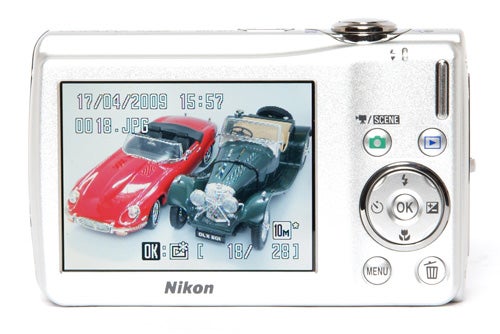 The S225 is a very simple point-and-shoot camera, and as such it isn’t exactly overburdened with exciting new features. Shooting modes consist of a basic Auto mode, a scene mode with 17 scene programs and a sound recording option, a face-detecting Smile Shutter option, and a movie mode, which is limited to 640 x 480 resolution and 30fps, with mono audio. Video recordings are limited to 25 minutes in length.


The main menu is also very limited, but there are a few options. Image size, ISO setting, white balance and drive mode (which include and interval timer) can all be adjusted of course, and there is a short list of colour options as well, including vivid colour, pastel shades and cyanotype. There are a few AF mode choices, including manually selectable AF point, centre focus and face priority. There is also a distortion control option, which is just as well because the lens produces a lot of barrel distortion at wide angle. 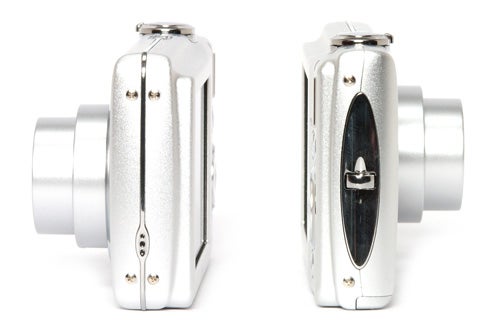 
There are also some options in playback mode, including a quick fix function that adjusts exposure, and a D-Lighting function that recovers some shadow detail in high-contrast shots, although as usual it does introduce some image noise and slightly slow down the shooting speed.

The S225’s overall performance is reasonably good, considering its relatively low cost. It starts up in a little under two seconds, and shuts down again even more quickly. In single-shot mode at full resolution it has a shot-to-shot cycle time of approximately three seconds, which is about average for the class, but bizarrely in continuous shooting mode it’s actually slightly slower. It also lacks an audio cue to let you know when it’s shooting.

The autofocus is very good in normal daylight, and the auto area selection is good at correctly choosing the main subject. It focuses quickly and accurately at all zoom settings, but its performance unfortunately deteriorates rapidly as light levels fall. In light that’s still bright enough to read by it fails to focus altogether, and since it has no AF assist lamp there’s nothing it can do about it. Macro focusing is also not terribly reliable.


Image quality is unfortunately not as good as I’d hoped, although it does have some frustratingly good points. Exposure metering tends to favour highlights, and the limited dynamic range of the small sensor means that contrasty shots lack shadow detail. The D-Lighting option applied in playback does help a bit, but shadows are still murky and lack detail. Colour reproduction is generally good, although bright yellows do tend to over-expose.


The lens is of surprisingly poor quality, which is not something I’m used to saying about Nikon cameras. It produces a lot of barrel distortion at wide angle, has very poor overall sharpness especially towards the corners, and suffers from chromatic aberration. The distortion control option corrects the barrel distortion, but the lack of sharpness remains a problem. Distortion correction in processing is all very clever, but it’s really no substitute for a decent lens. 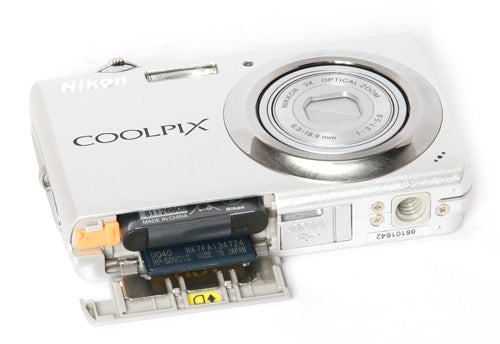 Annoyingly the S225 has extremely good high-ISO noise control. It produces very little visible noise even at 800 ISO, and the 1600 and 2000 ISO maximum settings are far from terrible. Even the highest setting could be used for small prints. If only the rest of the camera matched up to this performance Nikon – and Jessops – would have a real winner on their hands.

The Nikon CoolPix S225 a very pretty little camera. It is well made, sensibly designed and performs reasonably well. It is lacking in interesting features, but it is very easy to use. It has excellent high-ISO noise control, but unfortunately it is badly let down by inferior lens quality and restricted dynamic range. 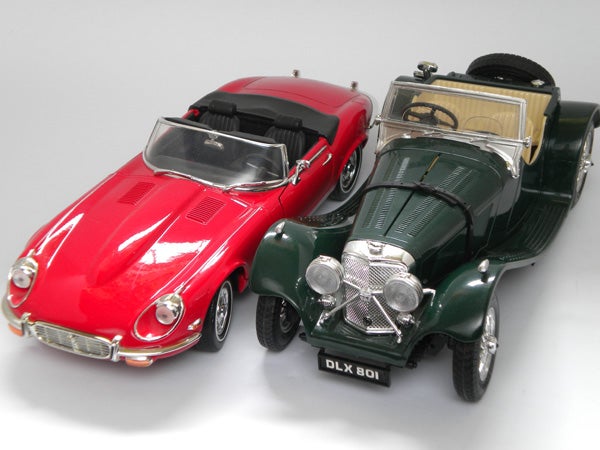 The colours are a bit garish, but this is the full frame at 80 ISO. 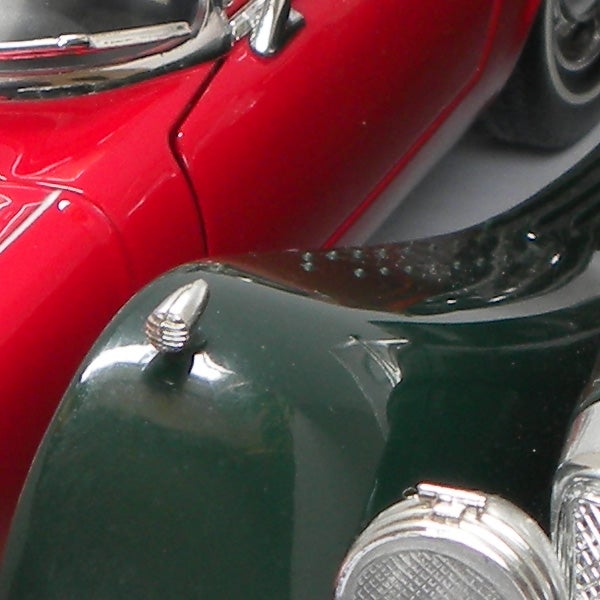 At 80 ISO the image quality is good, with no visible noise. 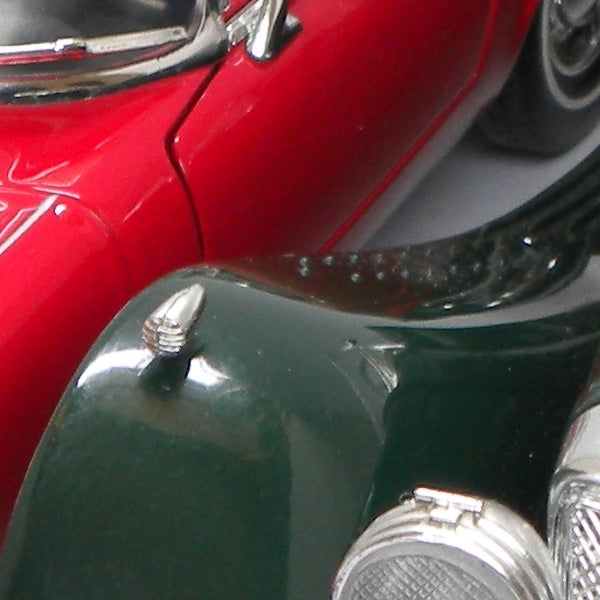 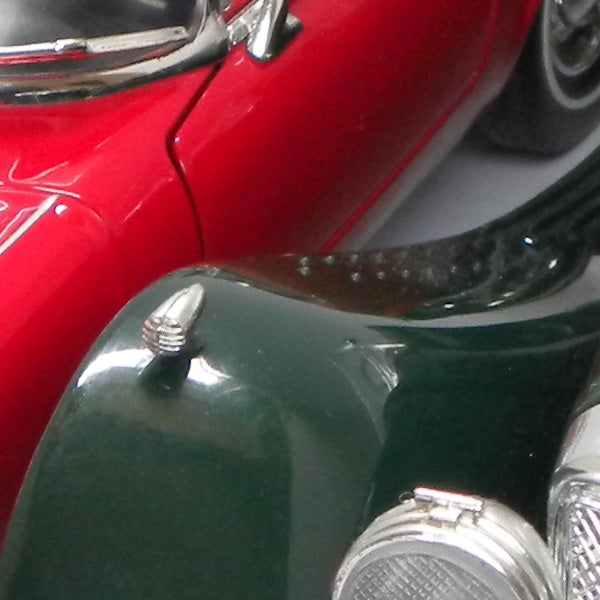 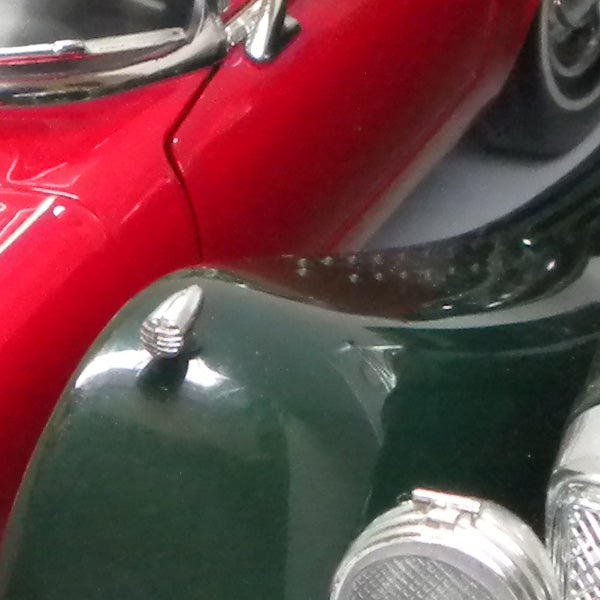 400 ISO and the noise reduction is doing a good job. 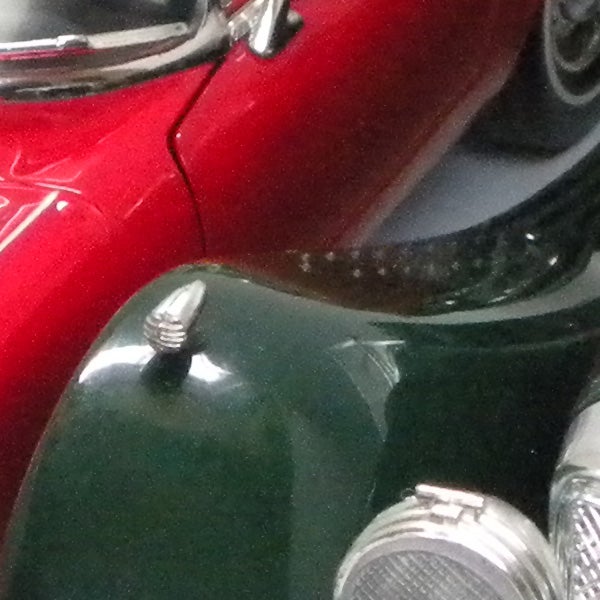 Noise is starting to creep in at 800 ISO, but overall quality is still very good. 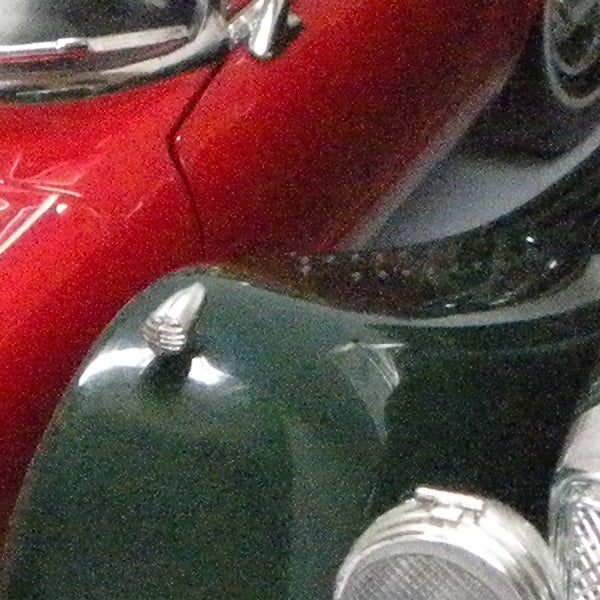 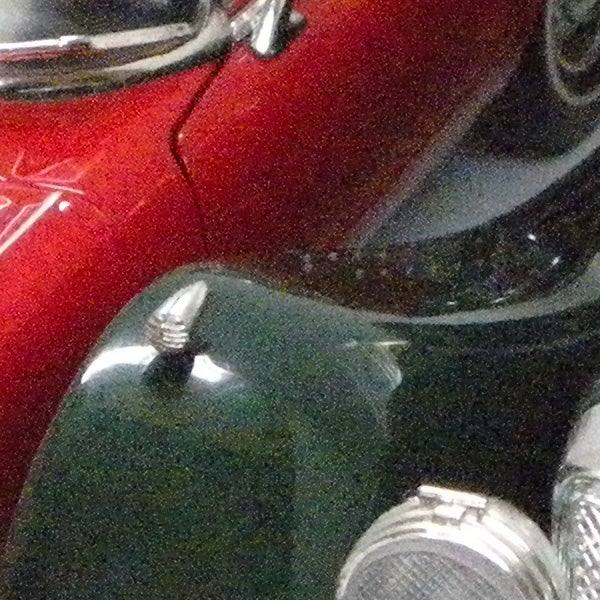 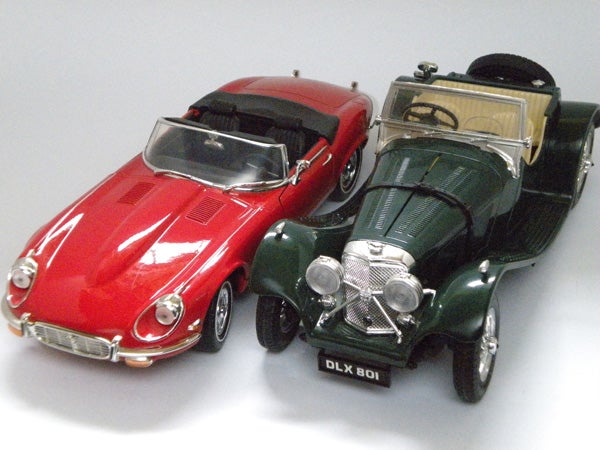 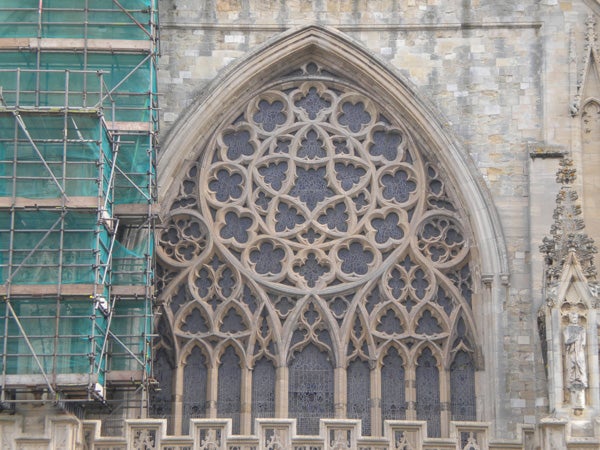 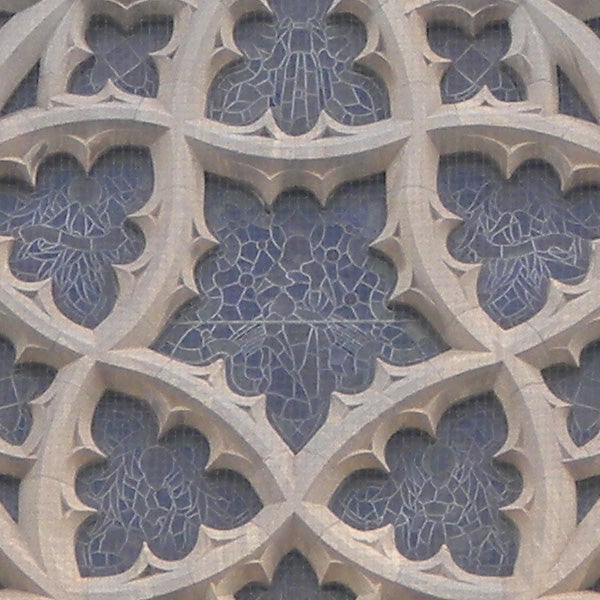 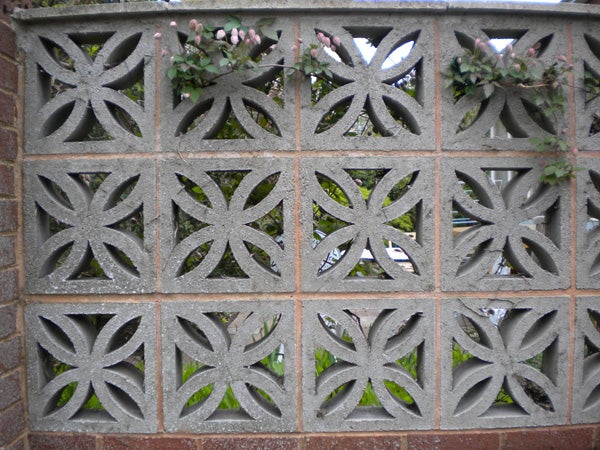 Without the Distortion Control feature, the lens produces a lot of barrel distortion. 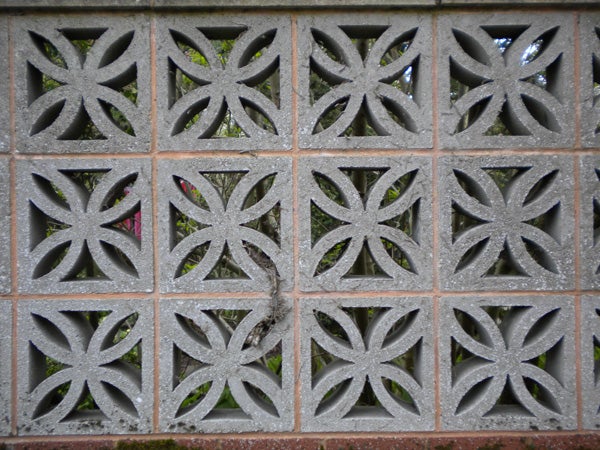 Distortion control corrects that, but it can’t do much about the generally low lens quality. 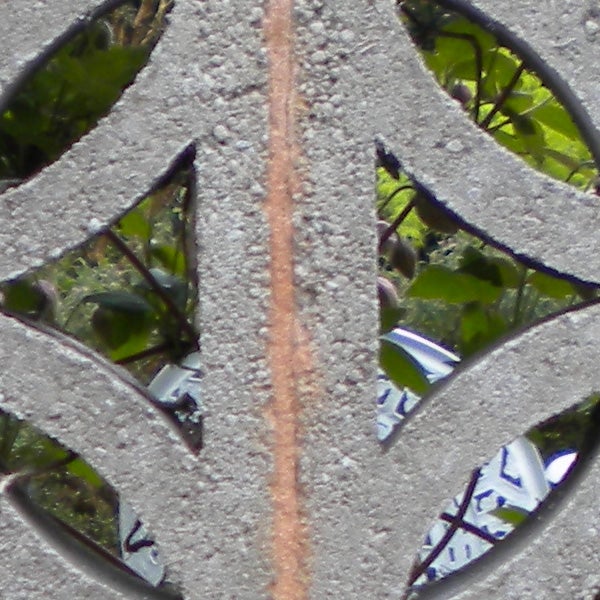 Even at the centre the lens isn’t sharp. 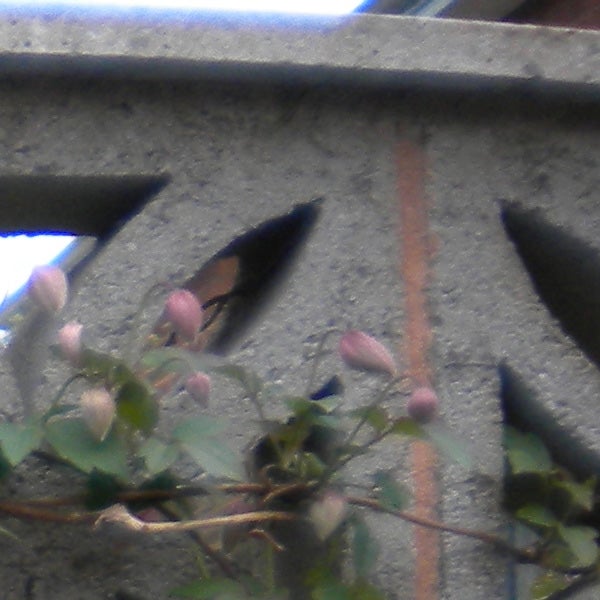 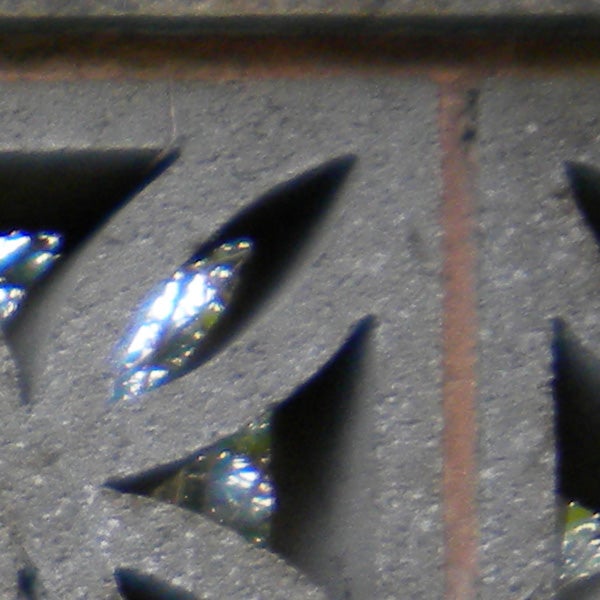 Even with correction is’t still not good. 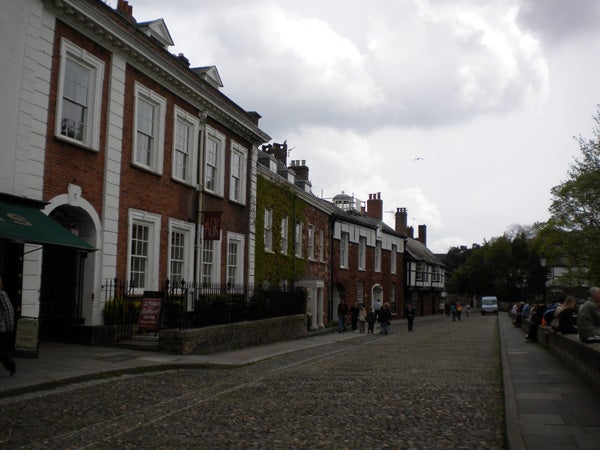 Wide angle is equivalent to 35mm, about average for a 3x zoom compact. 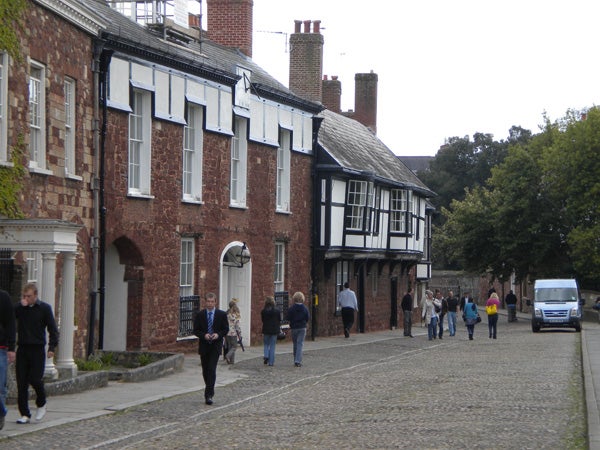 Telephoto end is equivalent to 105mm, again, average for the class. 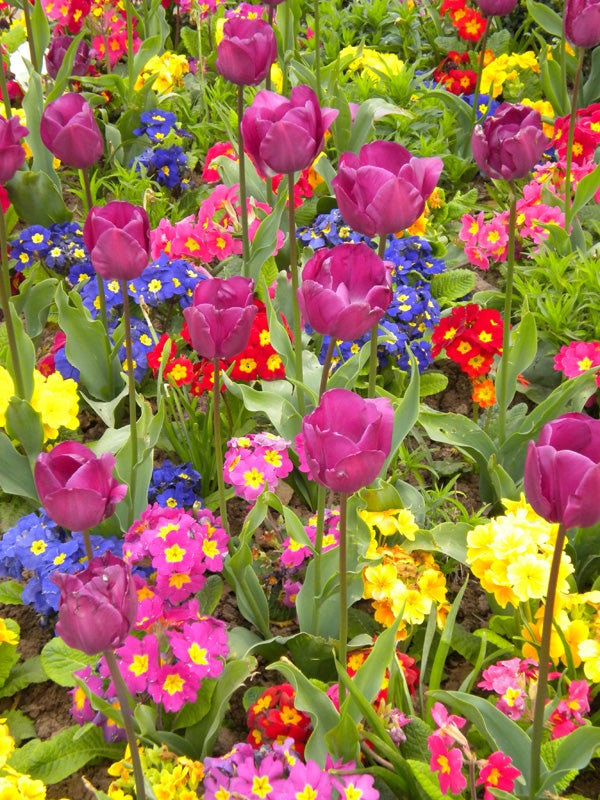 Colour reproduction is good, although the yellows are a bit overcooked. 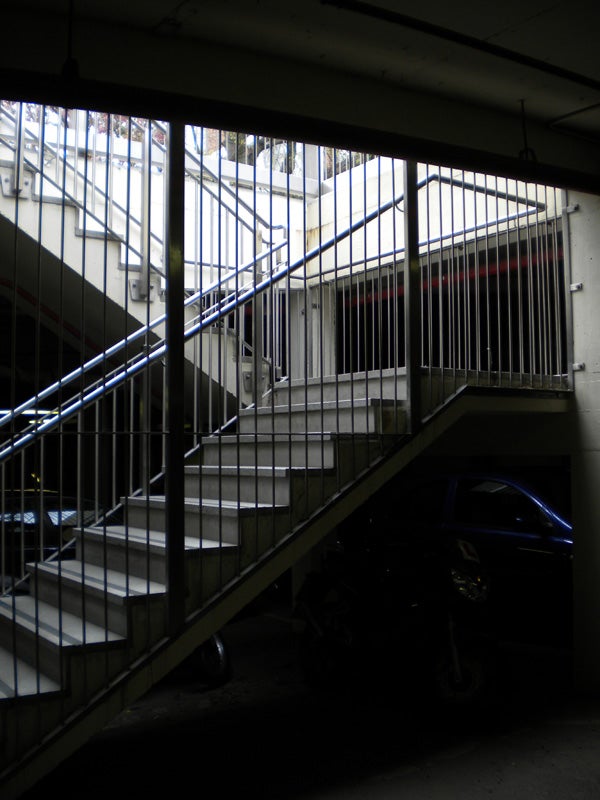 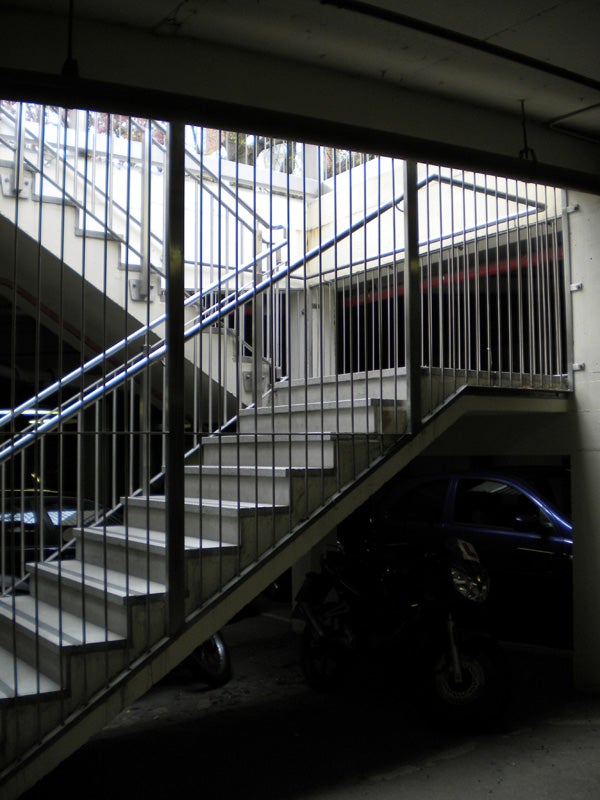 The same shot with D-Lighting applied; not much better.