Although Nikon is best known for its high-quality SLR cameras, used by top professionals the world over, it also has a strong reputation for its compact cameras, which, with only a few exceptions, mange to combine Nikon’s superb build quality with stylish appearance and good value for money. As a case in point, we have the CoolPix L6. 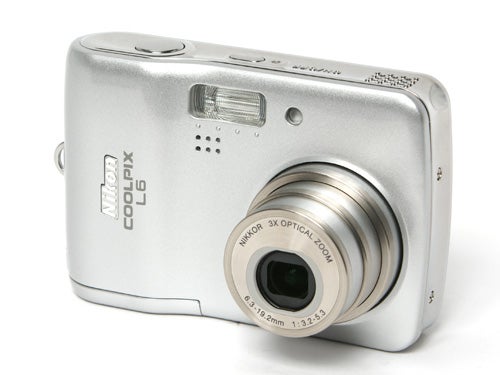 The L6 was launched last September alongside the CoolPix L5 that I reviewed last week. It is a basic six-megapixel, 3x zoom model with a 2.5in monitor screen. It is currently available for around £123, which might sound quite cheap for a good quality compact, but is actually slightly above the market average. In terms of specification it compares with the likes of the Olympus FE-210 (£95), Kodak EasyShare C653 (£100), Pentax Optio E20 (£100), Sony Cyber-shot DSC-S500 (£100), Ricoh Caplio RR630 (£110) and Fuji FinePix F20 (£135). So far, so average, but the CoolPix L6 has one extraordinary ability. Nikon claims that it has the longest battery life of any digital camera on the market, capable of over 1,000 shots on a pair of AA cells.


This is quite an audacious boast, and it is indeed most likely true, but whether Nikon can claim all the credit for it is debateable. The L6 is supplied with two Energizer E2 Lithium batteries, high powered lightweight non-rechargeable AA cells specifically designed for small high-tech devices like digital cameras, and which have been available in most good electrical stores for several years. It is these batteries that provide the L6’s seemingly miraculous performance. As it happens I tested the Energizer Lithium batteries when they were first introduced in 2001, comparing their performance to a range of other popular AA batteries, and I found that in a digital camera they lasted well over five times as long as the next best performer. I’ve recommended Energizer E2 Lithium as the best AA digital camera batteries ever since. 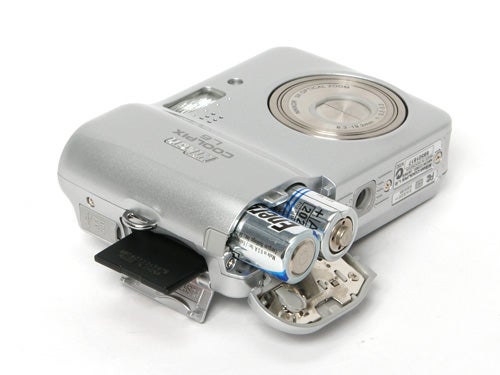 So while the L6 may well run for over 1,000 shots using these particular batteries, using normal alkaline batteries or Ni-MH rechargeables its performance, while still very good, is rather less spectacular. Nikon claims 540 shots with Ni-MH cells and 400 with alkalines, but it’s important to remember that the performance of both these types of batteries varies depending on a number of factors, such as temperature, humidity and the way in which the camera is used, as well as the age of the batteries. I tested the L6 with two 2300mAh Ni-MH rechargeables that I’ve been using for about 18 months, and I was only able to take 270 shots, about half with the flash, before the batteries ran out. While this is still a very creditable performance, it’s not quite as good as advertised.

Marketing claims aside the L6 has a lot more going for it, although it’s not without its problems. It’s a very attractive little camera, with good solid build quality despite its plastic body, and it is nicely designed. It’s a very small camera and light too, measuring 91 x 61.5 x 26mm and weighing only 125g, but even so it handles very well, thanks to a sensible control layout, the presence of a thumbgrip on the back, and the bulge on the right side of the body necessary to accommodate the batteries. The lens retracts flush with the body, and the controls and corners are smoothly rounded, so it will slip into a pocket with ease. 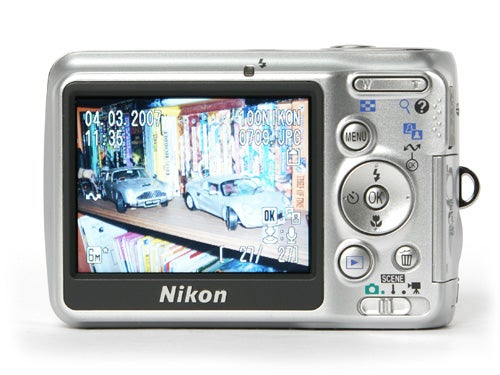 It has several other nice design touches. For example the tripod bush (plastic, unfortunately) is positioned centrally on the underside of the camera, so the tripod bracket will cover the battery hatch, but the camera has a separate card slot on the right side, so it is still possible to change the memory card with the camera mounted on a tripod. Also the 2.5in, 115k pixel LCD monitor screen has a good anti-glare coating, and is bright enough to be used in full daylight with no problems.


Naturally for such a low-cost camera the L6 isn’t exactly bursting with features, but it does offer enough to fulfil most snapshot photography duties. It has a full-auto mode which offers only a limited amount of user input, with menu options for image quality, white balance, exposure compensation, continuous shooting, the Best Shot Selector function and a colour option menu with five settings. Flash mode, macro mode and the self timer (10 secs only) are accessed via secondary functions of the D-pad. 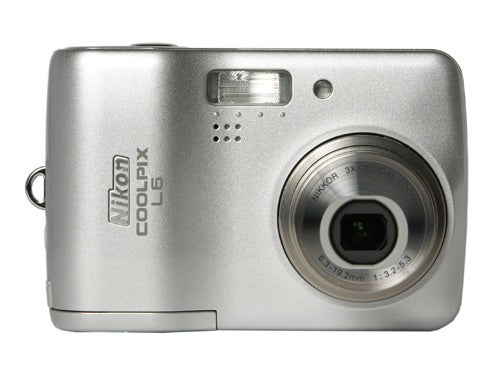 In Scene mode there is rather more on offer, in fact considerably more than most cameras in this price range. For example in Portrait mode it features the now ubiquitous Face Detection mode and a standard portrait option, as well as options for positioning your subject on the left, right or centre of the frame, for shooting two people together, or for portraits with the camera held vertically. Likewise Landscape, Sports an Night Portrait mode all have several sub-options, and there are a further ten scene modes to choose from, as well as left or right panorama stitching assist. Not a bad selection for £123.

The movie mode is also good, shooting at 640 x 480 resolution and 30 frames a second, with mono audio. As is often the case the zoom lens cannot be used during video shooting, but it has 4x digital zoom for the video mode.


The only real problem with the CoolPix L6 is its slow performance. It takes nearly three seconds to start up, which is a bit on the slow side by recent standards, and shooting times are also slow. In good light the AF system takes around one and a half seconds to focus, which is slow but not disastrously so. However in low light this delay grows to as much as three seconds causing a very annoying lag from the time you press the button to the moment the shot is taken. The L6 has no AF illuminator, so it doesn’t focus at all in very low light. 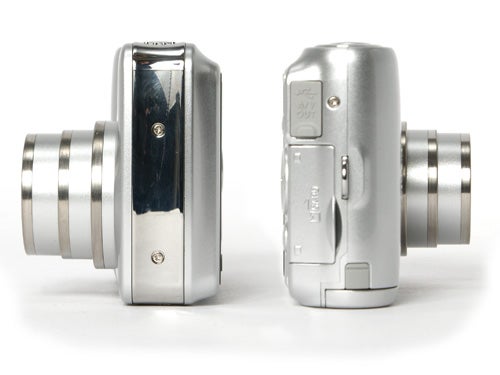 In continuous mode it performs well as long as the subject and camera are stationary, shooting a respectable ten frames in eight seconds, but if anything moves it pauses to refocus between shots, which slows it down again.


The biggest performance annoyance though is the flash recharge time. If you take a shot using the flash in a normal low-light setting, it takes a long 13 seconds to recharge to take another picture. This is very slow indeed. 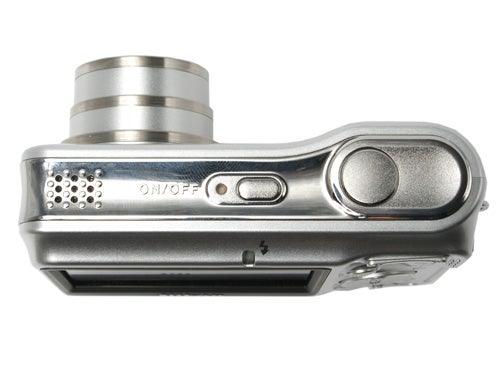 Fortunately though, when the L6 does eventually get around to taking a picture the results are excellent. Nikon’s compact lens provides good edge to edge sharpness, much better than most lenses of comparable size, although as usual for such lenses there is significant barrel distortion at the wide angle end. Colour rendition and exposure are very good, and the camera handles unusual exposure conditions extremely well, producing excellent results despite rapidly changing light. There is no manual ISO control, and none of the shots I took pushed the automatic setting up to its maximum of 800 ISO, so I can’t really comment on its image noise handing, but suffice to say I was very impressed by the photographic results.

The Nikon CoolPix L6 is a well-made, sensibly designed pocket compact that would be ideal for holiday snaps or general snapshot photography. Its exceptional battery duration means that it won’t let you down when you need it, and the excellent image quality means you won’t be disappointed by the results. If you can live with the slow performance and lack of low-light ability then it is excellent value for money.

”There are no ISO test shots for this review, since the CoolPix L6 has no manual ISO control. Some of these pictures can be downloaded full-size. Click on the images as indicated.” 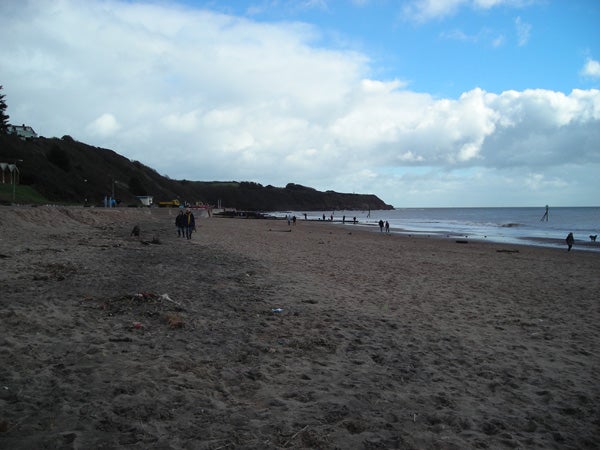 The wide-angle end of the L6’s zoom range is equivalent to 38mm so it’s not very good for sweeping panoramas, but edge-to-edge sharpness is good. 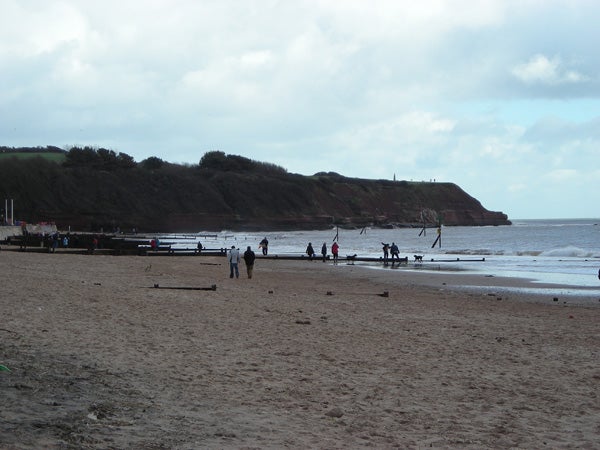 Taken from the same position as the shot above, this demonstrates the 116mm-equivalent telephoto end of the zoom range. 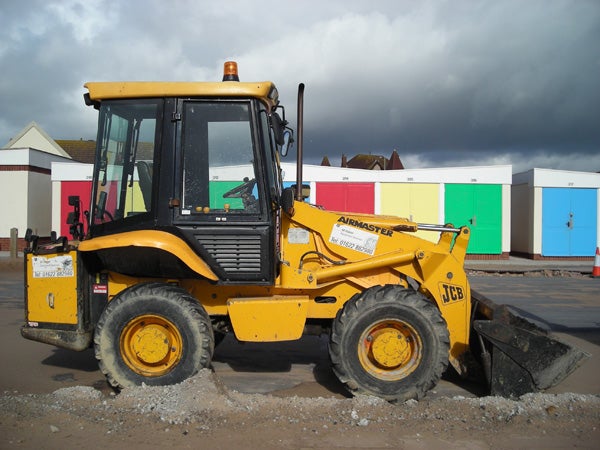 There’s a lot of work going on at Exmouth seafront to get ready for the tourist season, but big yellow diggers make a good photographic target to evaluate colour and detail. 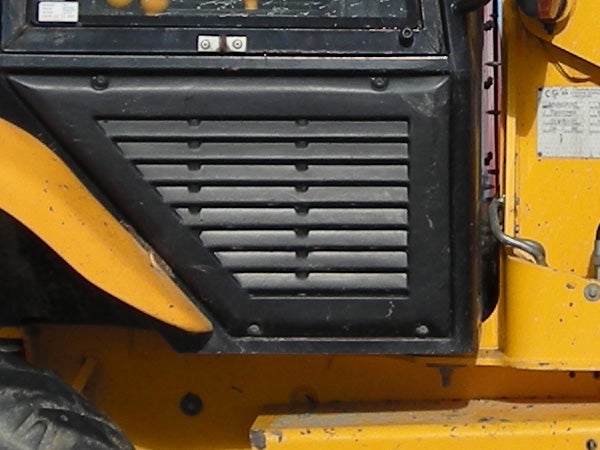 This is a full-res crop from near the centre of the previous shot, showing the level of detail captured by the 6MP sensor. 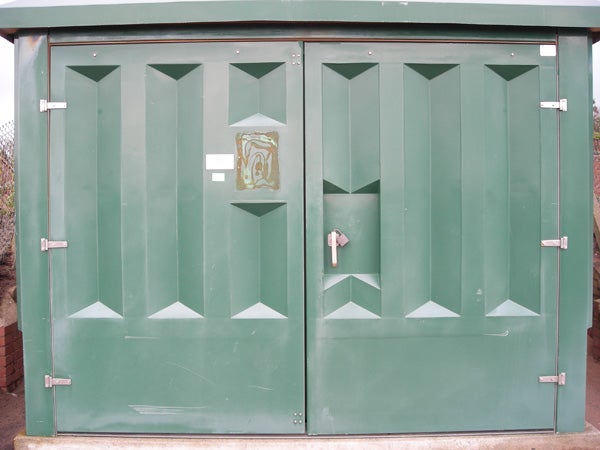 The compact 3x zoom lens produces noticeable barrel distortion at wide angle, but then so do most fold-away optics. 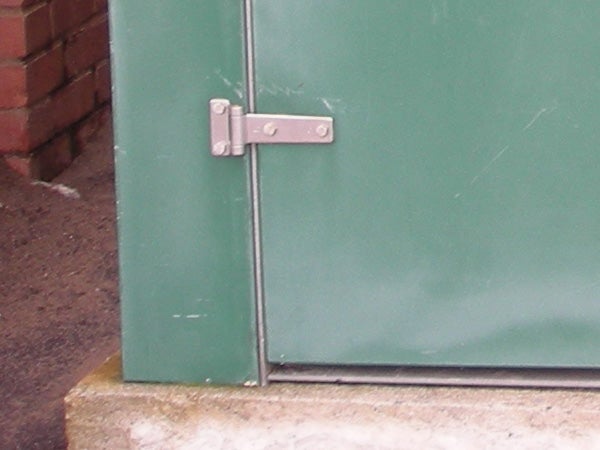 Corner sharpness is good, with little blurring and no chromatic aberration.

”Here, the full size image has been reduced for bandwidth purposes in order for you to gain an appreciation of the overall quality.” 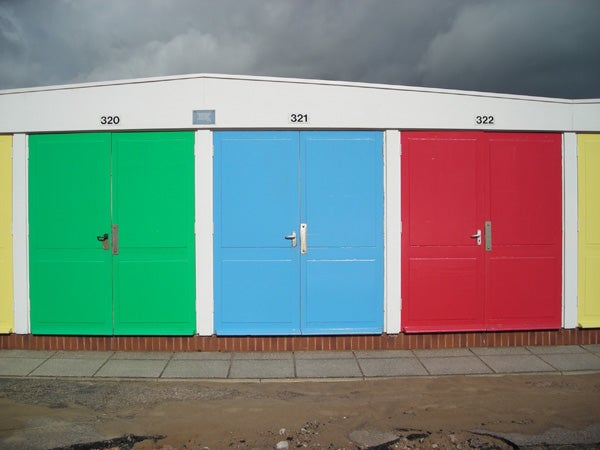 The exposure and colour reproduction is outstanding, despite the changing light of this overcast day. 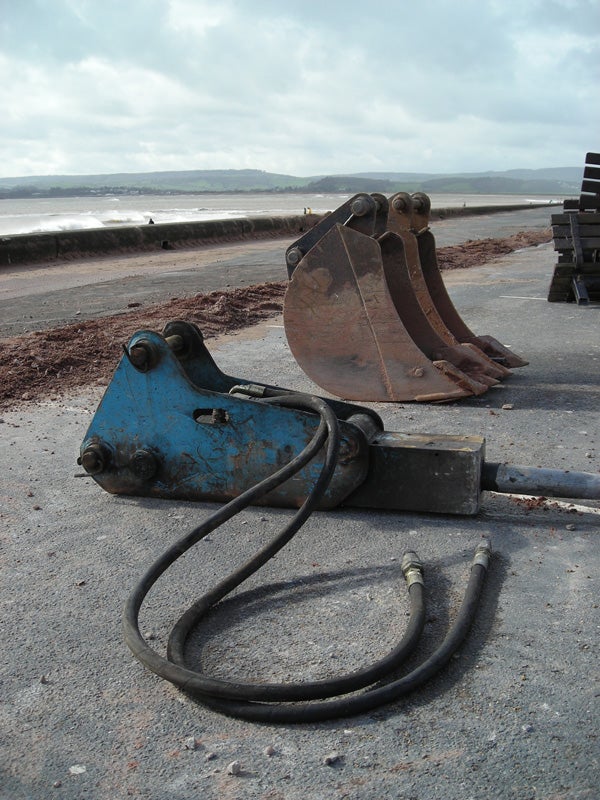 The L6 has good dynamic range, picking up plenty of shadow detail on this high-contrast shot.